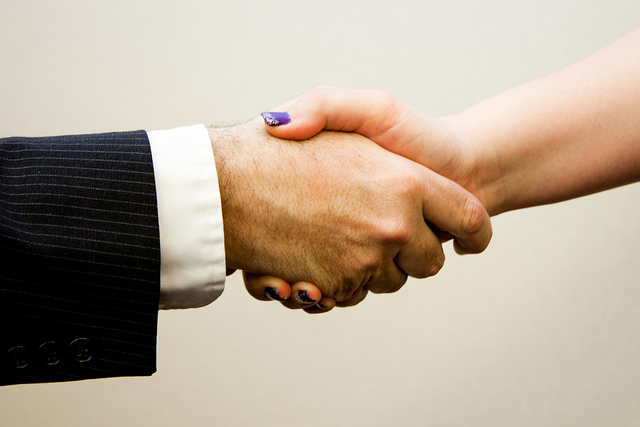 Whether it is a major financial institution deciding on a multi-million dollar IT upgrade, a Mobile Network Operator (MNO) choosing a mobile money platform, or a small business simply trying to work out whether to go with Square or perhaps venture into carrier billing, technology investment decisions are an unavoidable feature of the business landscape. As hard as it is to imagine, it is not that long ago that the only payment decision a small merchant had to make was whether he wanted to upgrade his or her cash register to an “electronic” one. And while cash is still king, merchants are increasingly faced with the decision of whether or not to upgrade their system or change technological tack in order to ensure that consumers are able to pay using the method of their choice. The reasoning that underpins FinTech buying decisions is similar whatever the size of the purchase, and it is crucial that FinTech vendors understand the factors that will help them seal the deal.

The Importance of Investment

In bigger businesses, the dynamics of keeping pace with technological advances are somewhat different. In tight competition with their peers and armed with large IT budgets, in areas such as the financial services industry, buyers make major IT investments perhaps as frequently as every six months, and at the cost of several million dollars: 20% of financial institutions make an investment of over US$10 million per year. The cost of failure, particularly for FIs, can be eye-watering: the Royal Bank of Scotland’s computer failure on Cyber Monday in December of 2013 was widely reported to have come with a US$1.6 billion price tag, while the Co-Operative Bank had to write off US$480 million on a failed IT platform, and then spend another $800 million on building a replacement.

For both multinational FIs and SMEs, there exist risks and opportunities in investing in new technology. However, the rise of ‘Big Data’ and its availability to small-scale merchants, means that increasingly both are also looking for the same outcomes from their investments: cost reductions; market share growth; increased efficiencies; increased transparency; a better customer experience; and better security. The question then becomes how to arrive at them.

Who Calls the Shots?

These concerns would certainly be familiar to most small merchants, even if not articulated in such specific terms, and they have usefully been identified in a recent survey by FinTech PR company CCgroup that seeks to isolate the most important factors in FinTech decision-making within major financial institutions. One of the findings to emerge from the study was the surprisingly low number of people involved in making some of these large investment decisions: in just under half of the surveyed major FIs, as in SMEs, the key figures in the process are relatively few in number, but wield great power over the decision-making process.

Nonetheless, that still means that in a majority of large FIs, 11 or more people are involved in IT purchasing decisions, and, quite remarkably, 15% involved more than 50 people in the decision-making process. In 2013 the GSMA published a study on how MNOs should best evaluate RFPs for a mobile money platform. In the course of the research, a senior purchase manager for an African Group MNO told the authors that “The more people you have in the process… the time is not linear, it becomes exponential.” In light of this, it is perhaps unsurprising that the GSMA report estimated that the time to market from the preparation of an RFP for a mobile money platform is likely to be in excess of 12 months. As well as having the right technology, patience is clearly also a key attribute for any vendor.

For MNOs, and technology buyers across the board, it is impossible to overstate the importance of making the right technology choices: “Mobile money technology is the building block upon which everything else depends: distribution, business processes, and organizational structure.” However, the GSMA’s report also rightly cautions that even when the right choices are made, the technology merely delivers functionality and is not a substitute for strategy. “Ultimately it is a sound commercial strategy that delivers the success of the service, not the technology.” In other words, making the right choice of tech vendor is a necessary but not sufficient condition for a successful deployment.

Without the right platform even the best strategy is likely to lead to an expensive failure, whatever the size of the business and how good the underlying idea. An oft-cited example is the collapse of Boo.com, a fashion startup during the dotcom boom of the late 1990s that targeted younger consumers. The Boo.com website offered an innovative user experience, making heavy use of Java and Flash to create a ‘try before you buy’ virtual environment in which customers could try items in their shopping cart on a virtual avatar, Miss Boo. Like many supermodels, however, Miss Boo proved to be very demanding: she wanted higher download speeds or more levels of patience than most of her target audience possessed. As a result of this (among other factors), Miss Boo found herself unemployed after 18 months, but only after having burned through an estimated US$135 million of venture capital.

The question for tech vendors is then, naturally, what do they need to do to demonstrate to buyers that they are not another Miss Boo. The results of CCgroup’s research has shed some light on how they can maximize their chances. Although internal business analysts are the key decision makers at the long-list stage, perhaps surprisingly at FIs no less than in a small business, internet search engines were rated as the most important tool at the initial stage of the process. It is important to note, however, that web searches ranked behind interpersonal contacts, such as existing relationships with vendors, peer relations and industry consultants in terms of overall importance. And in a finding that may send a shiver down the spine of marketing and social media mangers everywhere, advertising, national media and social media were rated as being “shallow” and of the least influence in assisting buyers in coming to their decisions.

Many FinTech solutions may be bespoke offerings, something that many smaller merchants are unlikely to either need or be able to afford, and thus the intermediate shortlisting of vendors is of less general application. Of note, however, is the fact that for major FinTech buyers what could be called intellectual agility and differentiation, rather than vanguard technology or even value for money, are key determinants of who makes the cut: flexibility, an understanding of the target audience and reputation are key (and in that order).

The importance of flexibility was further emphasized in the GSMA’s report on mobile money platform RFPs. The evolving nature of the MFS space and ever-increasing pace of technological change means that as with generals who must avoid the temptation to plan for the previous war, technology offerings need to be future-proofed as much as possible. As Utiba’s Executive Vice President for mobile FinServ sales, Jesus Luzardo commented, RFPs “are demanding more flexibility of the platforms to enable new services and integrate into a more complex ecosystem with the addition of third party players, financial services institutions and payment networks”.

When it comes to the crunch and the final purchasing decision, unsurprisingly, value emerges as the single most important influencer that determines purchasing decisions, though it is often weighed against factors such as service support, efficiency and reputation. This weighing exercise is likely to be as familiar to a small merchant choosing between Square, VeriFone or a relatively unknown start-up, as it is to Co-Operative Bank tech buyers choosing a replacement IT system. For vendors, reputation is going to be a critical element throughout the selection process, but start-ups should not be discouraged. The susceptibility of the humans to a slick sales presentation is resilient, particularly in an emerging space where innovation is highly valued. In the words of an MNO mobile money manager, the “first mistake was that we were hooked on the quick salesman speech. We needed to shop around a bit more and speak to current active customers (at the time) of the vendor. We should have noticed that the vendor had no other wallet-based deployments”. For FinTech purchasers of whatever budget, caveat emptor!

The Risks and Rewards of Airtime as Currency