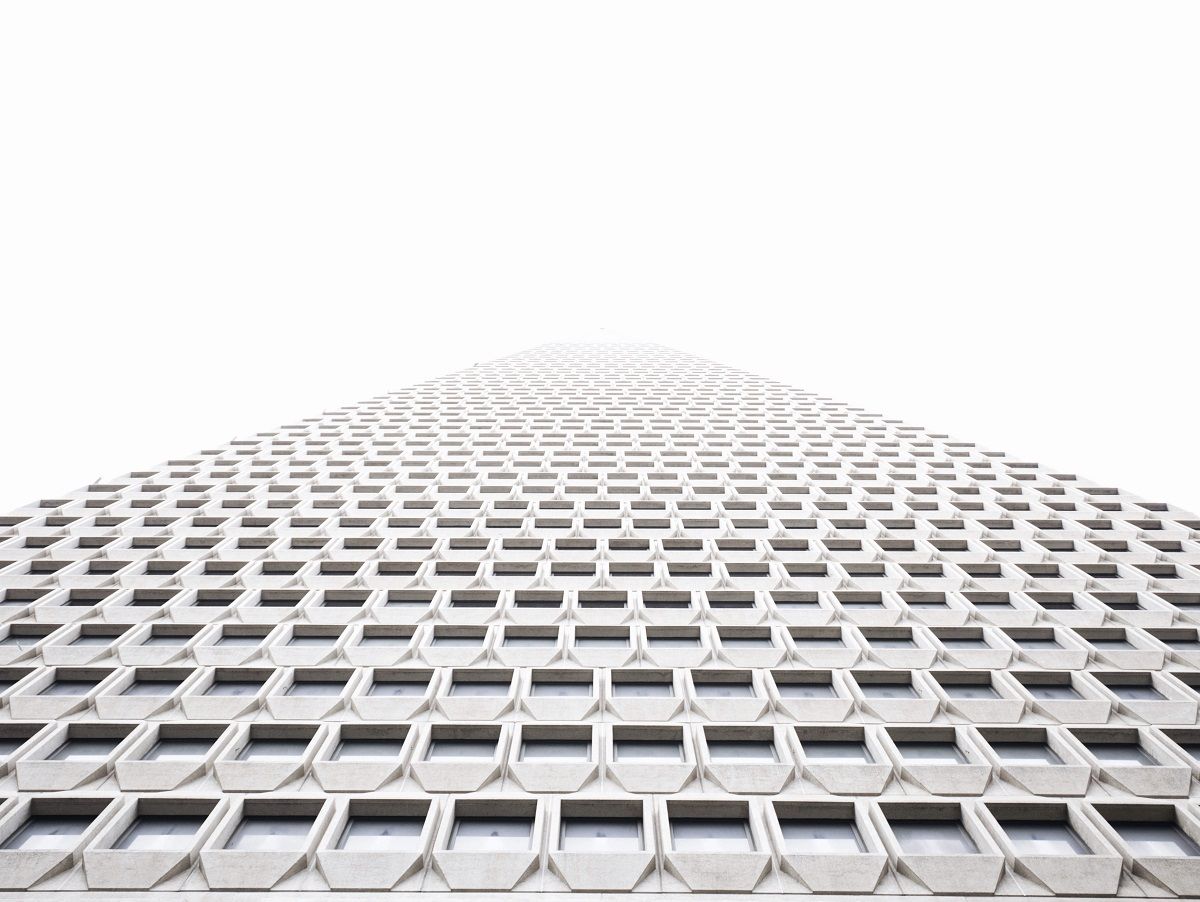 According to observers, China currently leads the global digital currency race, as officials there prepare to launch the digital yuan no later than 2021. While a prevailing view in Western media is that China is trying to challenge the dominance of the U.S. Dollar by being the first to launch their digital currency, some experts believe this is not the full picture. First, there are many reasons to believe that China’s commitment to digital currency is primarily in pursuit of economic rather than political goals. Also, various forms of legal challenges await, making it unlikely that cross-border digital currency transactions can be implemented smoothly or in short order. Finally, China is not alone: many countries in Europe, Asia, and South America have already successfully launched pilot programs of their own digital currencies. Therefore, central bank digital currencies may be a global economic force, rather than simply a geopolitical tool. And if COVID-19 does inspire more and more nations to begin work on their own versions of this technology, the world may find itself in a digital cash environment sooner than anyone thought possible.

Leader Of The Pack

Over the past few months, news has circulated about China’s plans to become the world’s first major country to issue a central bank digital currency. While China has been developing its digital yuan over the past five years, it was earlier this year that People’s Bank of China launched a pilot program for the digital yuan, dubbed as DCEP (Digital Currency Electronic Payment), in the cities of Shenzhen, Suzhou, Chengdu and Xiong’an. Then, in August, the pilot program was extended to cover several additional regions, including Beijing and Hong Kong. Four major state-owned commercial banks, China’s ride-hailing giant Didi, and 20 other entities across various sectors are participating in the pilot program. People’s Bank of China has hinted that the DCEP could be launched as early as mid-2021.

One dominant narrative in the West regarding these latest developments in China has been that China is beating the U.S. in the digital currency race, and that China using the new digital currency as a revenue to challenge the U.S. dollar’s supremacy as the de facto global reserve currency. According to Bank of America analysts, “China seems likely to have a clear first-mover advantage in its adoption of CBDCs, both in terms of timing and usage.” Yet, it is worth noting that the Chinese currency represents just 2 percent of global foreign reserves, while the U.S. dollar represents just over 60 percent. Besides, People’s Bank of China has revealed that the pilot program will focus on small domestic retail transactions, making it seem unlikely that challenging U.S. dollar’s dominance is the main goal of China’s plans for DCEP.

Experts familiar with China’s efforts believe that, the Chinese government’s motivations for developing the digital yuan are likely to be much more economically-focused than politically-motivated. First, digital currency can act as a powerful macroeconomic tool. “Digital currencies can empower central banks with very direct and flexible monetary and fiscal tools during times of economic challenges,” said the economist familiar with the matters at the Harvard Kennedy School. “In today’s global pandemic-struck economic environment, having this ability is more important than ever, as governments across the world look for the most effective ways to stimulate their economies.”

China is hardly alone in actively researching and testing a national digital currency. Based on a recent survey by the Bank of International Settlements in 2019, more than 80 percent of 66 central banks around the world are working on digital currencies. In fact, at least one in ten central banks are expected to offer digital currency within the next three years. Similar to China, each nation is actively pursuing digital currencies to upgrade their economies in manners consistent with their broader national policy agendas. We can find examples from Europe, Latin America, and Asia.

In Europe, countries like Sweden and Ukraine have already begun researching or testing their own digital currencies. Sweden began testing its digital currency, e-krona, in February 2020, and the pilot program will be in operation for one year, until February 2021. Sweden is already one of the world’s least-cash dependent countries, making it an ideal candidate for transitioning into a digital currency economy. Similarly, Ukraine has announced that is has completed a pilot scheme for national digital currency, e-hryvnia, in February. Finally, the European Central Bank has also officially confirmed that it is working on developing the digital euro.

Meanwhile in Latin America, Central Bank of Bahamas has confirmed its plans to adopt a national digital currency no later than 2020. Bahamas’s digital currency project is called, “Sand Dollar” and in fact, its prototype has been initiated in districts such as Exuma and Abaco Islands. The Bahamas may be an ideal country for the adoption of national digital currency due to its geographical characteristics: opening bank branches on remote islands is not cost-efficient for banks, therefore leaving many citizens unbanked or underbanked. Hence, an important goal of the Sand dollar is to make banking and payments more smooth and efficient for everyone, including populations without easy access to physical banks.

In Asia, Japan, Korea, Thailand, and Philippines, among others, have all been actively researching or testing the digital currencies. Bank of Japan announced proof-of-concept tests for the digital yen in early July, and Bank of Korea is now working on a 22 month pilot scheme to build and test its own digital currency in 2021. It is worth noting that South Korea had not been planning to launch a pilot test so soon, but has changed its stance radically due to the pandemic and announcements of neighboring countries moving forward with their digital currency plans. Bank of Korea officials, however, remain concerned that digital currency could destabilize Korea’s financial system. Meanwhile, Bank of Thailand has already completed two phases of a pilot project to test its digital currency, and Philippines has also created a committee to look into the feasibility of developing its own digital currency.

The timing of the ongoing central bank digital currency developments around the world coincide with the timing of the global Covid-19 pandemic, perhaps hastening the research as global consumers increasing look into digital payments to replace potentially “dirty” cash transactions. But while it is understandable why many central banks are keeping their priority on digital currency development amid the pandemic, nonetheless, many challenges await. According to Mondato’s interview with a regulatory expert based in South Korea, legal hurdles can prevent digital currency from being implemented in a timely manner , even after a pilot program is successfully completed.

“Since digital currency allows an issuing government or central bank to trace every moves by its users, it may be viewed by some people as a threat to their privacy – a big government tool to monitor and control its citizens closely,” said JaeMyung Park, managing partner at law-firm based in South Korea with expertise in fintech regulations. “If enough people view that digital currency oversteps the boundaries of their privacy rights, it may not lead to adoption. So the key challenge is to balance people’s privacy concerns with the need for transparency in order for the digital currency to function efficiency.” This concern is relevant for any nation, but it could be particularly relevant for countries with privacy conscious cultures.

In addition, Park noted that legal matters become more complicated when it comes to the use of digital currency for cross-border and cross-currency payments. “Every central banks are developing their own versions of digital currencies, and different national rules and regulations will dictate how they will be used in each country.” Therefore, Park believes that even if digital currencies were adopted in the near future, it is likely that the “uses will remain limited to domestic transactions, at least, during the early years, while the regulators try to figure out how to manage the cross-border transactions.” That said, some countries like Canada and Singapore have jointly conducted an experiment of cross-border payments using their blockchain technology , demonstrating that such research is well on its way to pave the way for the eventual norm of cross-border digital currency transactions around the world.

The CBDC model is not necessarily a well-designed political scheme by the Chinese government to leapfrog the West. Rather, it is a global economic trend triggered by each nations’ desire to strengthen their economies through innovation. On every continent, there are countries leading the digital currency revolution, and the Covid-19 pandemic has provided further reasons for hastening development. Yet due to privacy concerns and other legal challenges that await, it is to be seen how smoothly the adoptions will come along in years to come. All in all, it is still too early to predict how digitalized world’s currencies would be in even five years, but one thing is clear: it is going to be more about how well each country adopts it, and not how fast, that determines the ultimate success of their digital currencies. If done right, digital currencies can potentially serve as powerful tools for correcting economic downturns, for fighting crimes, and encouraging more financial inclusiveness around the world.