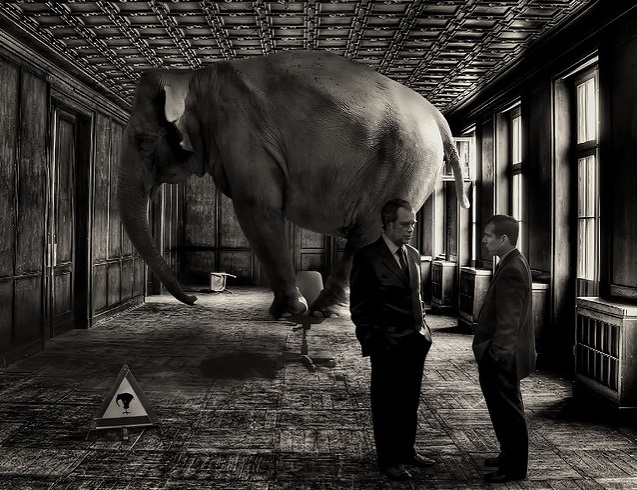 M-PESA is often touted as the success story of digital finance and commerce (DFC) in developing countries due to its impressive coverage of the Kenyan population as well as the large number of services it now provides, some 10 years since its launch in March 2007. But every strength has a shadow, and in this case, it is the dominant market power of MNO Safaricom in Kenya (with an approximately 70% market share for mobile telecommunication subscribers, and nearly 80% for mobile money subscribers). As has been already alleged by competitors such as Airtel and Equity Bank in complaints to the Competition Authority of Kenya (the “CAK”) and to the Central Bank of Kenya, there are concerns as to whether Safaricom has abused its dominant position in the markets that form DFC. But dominance is not only an issue for MNOs. Bank subsidiary BKash, with an over 58% market share in DFC in Bangladesh, also seems to be in a position to call the shots to the possible detriment of the other bank-based DFC providers and MNOs. As DFC markets are maturing, Mondato asks if competition concerns surrounding dominant position are the elephant in the DFC room, and if so, what can be done to unmask and mitigate them?

DFC involve at least two different network industries – financial services and telecommunications - whose characteristics (significant fixed costs and sunk investments, economies of scale and scope, essential facilities and bottlenecks of network industries) make the sector more prone to market concentration and potential anti-competitive practices such as exclusionary and/or cartelistic behavior than markets in homogeneous industries. With DFC maturing in certain markets such a Kenya, it should then come to no surprise that anti-competitive practices are coming to the forefront of regulators’ attention, and that many of these anti-competitive practices stem from unilateral actions of concentrated market power.

A survey of emerging markets who have active DFC industries shows that many of recent competition complaints do center around abuse of dominant position, as has been highlighted in a soon-to-be released ITU Focus Group Digital Financial Services (DFS) report on “Competition Aspects of DFS”. In countries such as Kenya, Uganda, Zimbabwe and Zambia, dominant MNOs are now taking advantage of their market positions to undertake unilateral actions that defend/ reinforce their dominance in DFC markets - and possibly other related markets such as mobile telecommunications - while potentially harming competitors and taking advantage of consumers.

Such behavior includes excessive and/ or discriminatory pricing of communication channels such as USSD and STK (there have been complaints in Kenya and Bangladesh of excessive USSD prices and poor quality of service, in Uganda of unfair revenue share structures for USSD session fees as set out in the ITU report, and in Zimbabwe of discriminatory pricing against banks for USSD for banks) as well as refusal to supply USSD (see Ezee Money’s successful suit against MNO MTN Uganda for denying it access to its USSD gateway in Uganda and Zoona’s ongoing case against MNO MTN Zambia for it refusing access to its USSD gateway in Zambia as per the ITU report).

Other recent abuse of dominance concerns include agent exclusivity (see CAK’s ruling in regards to Airtel’s complaint in Kenya), access to API-based DFC platforms (Kenyan-based MTO Bitpesa sued Safaricom unsuccessfully over its refusal to provide it access through an API to the M-PESA DFC platform) and even the control of access to customer data (see CAK’s 2016 investigation into whether mobile credit data in Kenya was deliberately released with information on bad borrowers while data on good borrowers was concealed).

A Primer on Market Dominance

To understand why this unilateral behavior is harmful to markets, it is worth providing some context. Dominant companies – companies that are considered to have significant market power (SMP) in a specific market pursuant to national competition or sectoral legislation - are generally considered to have a 'special responsibility', due to their market size and influence, to not allow their conduct to impair undistorted competition on the relevant markets. Thus certain commercial behaviors - such as the bundling products, tying and predatory pricing – which may be considered acceptable competitive behavior for companies who do not have SMP, may be branded as an 'abuse' of a dominant position for SMP actors. What competition law sanctions is clearly this abuse, and not that the fact that the company is dominant/has SMP per se.

Regulators determine whether a particular company has SMP/dominant status under its own local competition laws. Generally competition authorities determine dominance/SMP by looking at the market share of an entity (for example, under EU law, there is a presumption of dominance if the entity has more than 50% market share) and its competitors on the relevant market, but also at other factors, such as constraints from existing and potential competitors and the bargaining strength of a company’s customers.

Barriers to entry to a specific market – including IP rights, the existence of a regulatory monopoly or a licensing regime, economic advantages such as economies of scale, and cost and network effects - are equally considered. And careful consideration must also be given to the definition of the relevant market itself, both on a product and geographic level, which in and of itself is a complicated endeavor based not only on demand and supply substitutability of competing products, but also on past regulatory precedents. Indeed, there are differing views on how even to define a market. Given then the number of complex market factors involved, it goes without saying that an in-depth market analysis should always be taken before any allegations of abuse of dominance are made by the industry stakeholders or the relevant regulator.

As MNOs are vertically integrated entities that both control the upstream inputs and compete on the downstream retail markets in DFC markets, it is not surprising that they are mainly hampering third party access to upstream communication inputs (the 'connectivity layer', as identified by E. Sitbon in a recent article), although anti-competitive behavior further down the value chain in regards to APIs, agents and customer pricing, though less common, should not to be disregarded (with the first two corresponding to the 'applications' and 'agent network' layers of the same article).

Another characteristic of DFC markets is the leveraging by dominant companies of their dominant market power in one market (such as mobile telecommunications), through practices such as bundling or tying in ancillary markets (such as P2P transfers or mobile insurance), in order to increase their market share in the ancillary markets, thereby creating reinforcing network effects. This type of abuse is relevant both in circumstances where the company is active on several levels of the DFC vertical value chain, which is often the case for MNOs, and where the company is dominant in a market that is horizontal to the one it is trying to leverage its power in, for example banks in DFC markets.

It should also be noted that other types of anti-competitive behavior have been identified in DFC markets, including cartels and vertical restraints by non-dominant entities such as single branding (ex. contractual agent exclusivity) or resale price maintenance, though these issues seem, for the moment, to have less prominence than those related to abuse of dominance (for a more comprehensive discussion of competition concerns in DFC, see the aforementioned ITU report).

The first step in unmasking the DFC elephant is raising awareness of the existence of abuse of dominance behavior, and that being the bigger player, although it may facilitate the ignition of a DFC ecosystem, is not always better in the long run for the DFC consumer or the ecosystem's other stakeholders.

Further, emerging markets who have active DFC industries need to have in place the proper regulatory tools to combat anti-competitive behavior from the get go. This may mean ex ante regulatory intervention wielded by the sector-specific regulator, such as regulating the wholesale pricing of USSD as per Zimbabwe or prohibiting agent exclusivity as was recently done in Kenya. Or it can entail ex poste intervention in the form of competition investigations (Uganda’s Communication Commission undertook a study on the wholesale USSD market as part of a broader Market Power Assessment in 2015), the imposition of civil fines or damages (MTN Uganda was fined 2.3 billion UGX (639,929 USD) in damages in November 2015 for its refusal to supply DFC aggregator Ezee Money) and even penal sanctions following market investigations.

The right form and timing of intervention by regulators is, similarly to DFC interoperability, dependent on the legal regime in play, the level of institutional capacity available to deal with competition issues, and the stage of development of the specific market. For example, in Zimbabwe, in regards to the USSD complaint against dominant operator Econet, the regulators used a flexible approach that ultimately resulted in the issuance of industry directives on USSD access pricing rather than penal sanctions. This contrasts with the 'blunt instrument' approach in Kenya, where Safaricom has been forced by the CAK to end agent exclusivity and there have even been threats of a break-up of the company.

Most importantly, our understanding of competition issues in DFC provides us with the ability to identify markets at risk and thus to pre-empt any abuse of dominance issues before they arise. Markets with one entity possessing a high market share in either a DFC market or an ancillary one, and fragmentation of the rest of the competitors (such as bKash in Bangladesh), or the existence of two strong market entities with few to none effective competitors (such Dialog’s eZ Cash platform and Mobitel in Sri Lanka), are good candidates for the rise of a dominant firm or oligopoly, and thus the eventual abuse of such dominance.

While the rise of dominance may not be legitimately hindered if it is organic, resulting from a first mover advantage or economic efficiencies, those companies must be made aware of their special responsibility. Their regulators equally need to ensure that this responsibility is not breached. In both cases, the key to unmasking the elephant is education and training. By demonstrating to companies and their regulators what dominance looks like as well as what may constitute its abuse, in-house training and institutional capacity building can reveal the elephant in all its glory, and help it exit the DFC room.

Are Biometrics The Keys That Unlock Digital Finance's Potential?