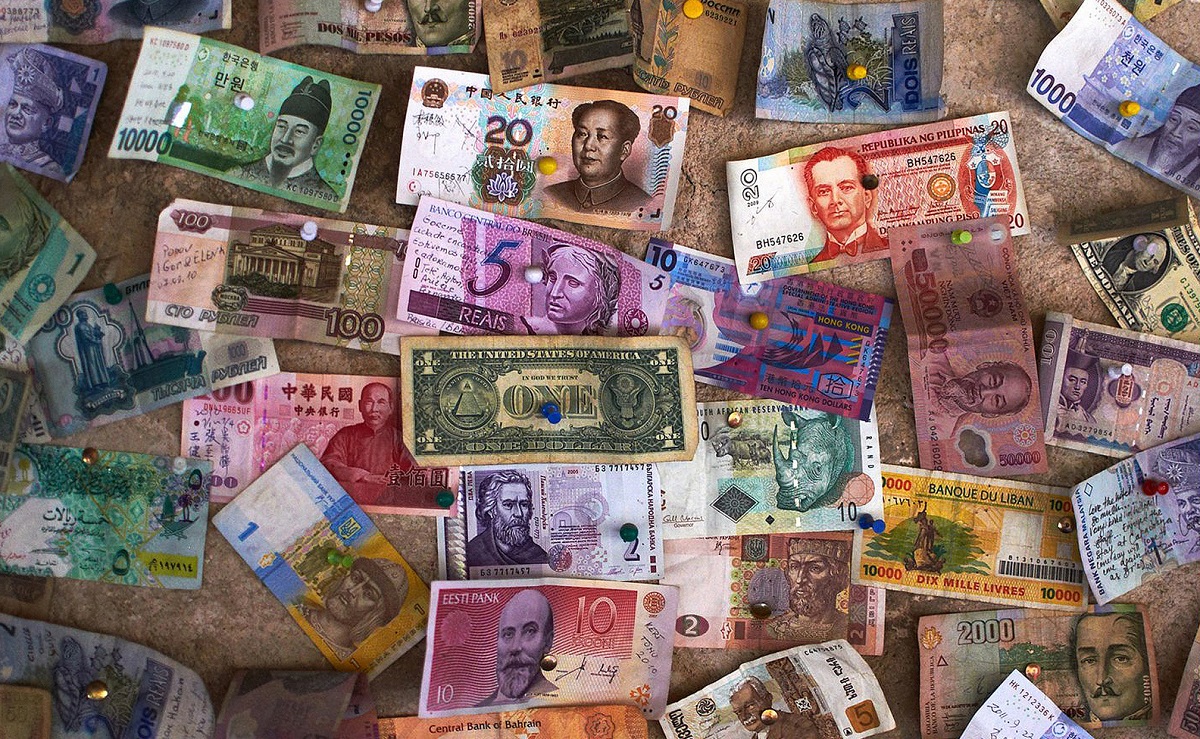 But the growth of the international card networks, mainly Visa and MasterCard, and the spreading ubiquity of ATMs has meant that for growing numbers of globetrotters, plastic has appeared fantastic, but at an often hidden cost. A 3%-6% "foreign transaction fee" is fairly common, on top of similar margins that the issuing banks are skimming from the exchange rate. Not to be outdone, in recent years increasing numbers of merchants' acquiring banks have offered international customers the choice of paying in either local currency, or in the customer's own home currency.

On the one hand, this choice gives consumers one option that offers the confidence of knowing just how much the transaction is costing them in their own currency. But on the other hand, unless the customer is a savant or has both a calculator and schedule of their issuing bank's foreign transaction and FX fee schedules at hand, it is difficult, if not impossible, even for a fairly well-informed consumer to be absolutely confident which of the two options is the better deal.

This can make cash, via ATM withdrawals, an attractive option for consumers, but one that is substantially less profitable for banks. Consequently, some financial institutions give in to the temptation to create "sticker shock" at the ATM, thereby nudging customers into the less visibly painful but cumulatively much more costly practice of paying by card at almost every turn. And for consumers used to paying by card, it can be a tough habit to break, even if it comes at quite a cost. As for customers who simply wished to send or receive an international bank wire, the costs could at times be even more eye-watering than those experienced by casual travelers.

All this would seem to suggest that bank customers are crying out for an FX savior to emerge from the fintech wilderness. Indeed, the idea that banks' consumer FX operations are low-hanging fruit ripe for disruption by fintech is not a new one. Attention has largely focused on international remittances by lower income migrants and diasporas, rather than on the opportunities to cater for the needs of wealthier business and leisure travelers. That has begun to change over the past few years, as a number of prominent startups have attempted to muscle their way into grabbing a slice of the profitable FX pie. Their fortunes, however, seem to highlight that despite all the hype, entrants face strong headwinds when it comes to creating a profitable business model even in business areas where legacy banks seem vulnerable.

Near the top of the tree in anyone's list of fintech hotshots from the past few years is TransferWise, a company whose reputation as an innovator and disruptor was bolstered by investments from two of the big beasts of disruption - Richard Branson and Peter Thiel. The company's backstory is sometimes pitched as the heartwarming product of two Estonian emigrés working in London who grew frustrated at the costs of sending money back home. The story is as true as it goes, but Taavet Hinrikus and Kristo Kaarmann were not any two ordinary migrant workers: the former was Skype's first hire and latterly Director of Strategy for the company, while the latter worked as a consultant in the financial services industry. Unsurprisingly, recalling the genuinely disruptive nature of Skype and the early days of VOIP 'telephony', TransferWise has sometimes been labelled 'Skype for cash'.

A Disruptive Unicorn In The Market?

Offering fees as low as 0.5%-1% on transfers up to around US$5000 (or equivalent) and promising mid-market rates to the customer, TransferWise is sometimes assessed as being one of those rarest of fintech animals: a billion-dollar "unicorn", based on its latest US$36 million funding round in spring 2016. Branding itself as a "peer-to-peer" business in a manner similar to Uber, despite the thumbs up from Thiel, Branson and Andresen-Horowitz in previous funding rounds, some have questioned just quite how innovative and disruptive the company is, with Izabella Kaminska of the Financial Times's Alphaville blog going so far as to brand it as -

FX matching...with the highly innovative strategy of spending shedloads on marketing - most of it negative campaigning against banks [and] cheap publicity gimmicks.

This may be a little harsh, but it does point towards a more fundamental issue in the fintech space that the question of currency exchange perfectly highlights, and which Mondato Insight has discussed in the past: particularly in advanced markets, fintech disruptors cannot survive without the underlying banking infrastructure that they purport to be seeking to replace. When TransferWise is unable to match a currency pair at the mid-market rate, it is forced to resort to the regular (and more heavily regulated) FX markets to complete the transaction. And rather than charge an upfront fee to cover the cost of the risk it is taking on board, as incumbent FX market-makers do, TransferWise asks for a "refundable deposit" of 3%, that it will dip into in the event of currency fluctuation, and refund the rest.

As Ms. Kaminska puts it:

Competitors who have tried to reverse engineer TW’s rates have struggled, not least because pure brokerage models are not supposed to take principal trading risk when they aren’t able to immediately match buyers and sellers in the market.

To the contrary, they pass orders onto the wholesale interbank market through properly licensed institutions who take on the risk of supply/demand imbalances in their place. But this, alas, means brokers have to factor in the cost of wholesale liquidity, which inadvertently puts a floor on how low their own customer fees can go (at least if they plan to break-even).

To the average retail customer (and perhaps more besides), some of this more technical criticism is probably irrelevant: all they care about is the fact that they are probably getting a better deal, and don't mind the time lags that may be involved in securing a more attractive rate than their bank offers. In fact, in a (slightly sneering) taxonomy of "supposedly 'disruptive' fintech models" collated by Alphaville, "giving customers a worse service for a lower price" slots in at number 6 on the list. But if we want to get techincal about what true disruptors do, that, in essence, is it.

But the main point, as another FX analyst puts it, is that TransferWise uses banks' rails against them, trash-talking them in the process. Without the banks, they'd be broke. In this regard, comparisons with Skype and OTT services like WhatsApp hold up.

A comparable quandry can be seen in the success of London's red-hot currency transfer service, Revolut, which last summer raised almost £8 million (GBP) in capital. And if user interest is anything to go by, the Canary Wharf-based "global money app" is doing things right: £1.3 million of the round was set aside for registered users of the service to invest in, and in only a few days was oversubscribed 15 times over. After not even two years of operation, the startup has 330,000 registered users and has transacted more than US$1 billion on its cards.

Like TransferWise, Revolut offers users unbeatable, mid-market rates, but instead of sending money to someone abroad (although possible in 23 currencies at interbank rates), the company positions itself as catering to customers who are themselves abroad and want to spend their own money in another currency. Once funded via bank transfer from the customer's own bank "to the app", an instantly-available digital MasterCard makes online purchases a breeze. For a £5 fee (though formerly free), users can also request a physical prepaid MasterCard debit card, which can then be used offline for ATM withdrawals and in-store purchases, without any transaction fees (although ATM withdrawals over a certain limit carry a 2% charge). Because they guarantee the transaction rate, Revolut also takes a 0.5%-1% markup on weekend transactions to cover future movements when the markets re-open.

One of the things that makes Revolut interesting is the almost fee-less structure of its business model (although with its growing market share that has lessened somewhat.) Nevertheless, Revolut takes its share from MasterCard's interchange fees, and hopes to capitalize on the presence of its trusted app on people's phones to open up other revenue streams. That is going to require substantially larger volumes than even its stellar growth to date has permitted. And that is likely to require a global presence.

And it is in this aspect that Revolut has run into problems equivalent to those experenced by TransferWise: Revolut's card-issuing partner, Paywise, appears to have bailed on the company after Revolut issued MasterCards to customers outside the EEA. And despite promises to customers of its own impending issuing license from MasterCard, it has never transpired. The solution is much more a case of "if you can't beat 'em, join 'em" than it is an example of digital innovation: the company plans to open its own bank in Lithuania to solve its regulatory headaches.

Foreign currency 'disruptors' (and there are many others than the two examples cited) are shaking things up in their own ways, but they also point to the difficulties inherent in trying to upend a highly regulated market where the disruptors depend on the continued health of incumbent businesses for their own operations. So while customers of foreign currency appear to be getting a better deal by going digital, the mobile upstarts who are attempting to offer the benefits of travelers' check but without the analogue hassle are finding that, as yet, they still do not have all the answers. Even fintech success stories evidence the difficulties of innovating in financial services, and turning a profit. And it seems likely, dollars to donuts, that will continue to be the case.

Dominance, Competition & DFC: The Elephant in the Room