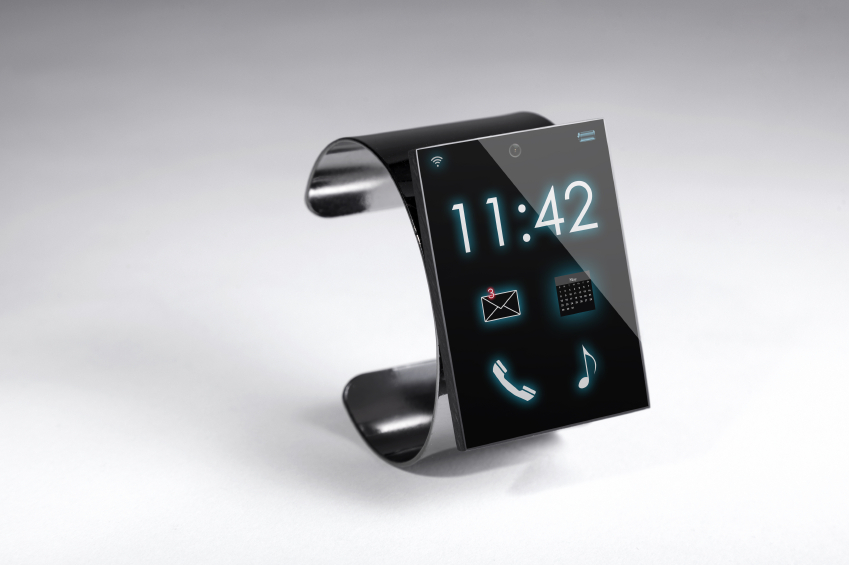 2013 has been deemed the year of wearable, “smart” technology. From watches to Google Glass, can wearable technology transform commerce?

With the recent unveiling of Google Glass and the rise of the smart watch, wearable “smart” devices are transforming the way we interact with technology. By providing a more natural and personalized user interface, can wearable “smart” technology revolutionize the consumer experience? What is the potential for glasses, watches and other wearable technology to change the digital payments ecosystem?

Wearable “Smart” Devices are on the Rise

While wearable technology has existed for some time, integrating these devices with the broader “Internet of Things” is a relatively novel development. Moving a step beyond smartphones and tablets, consumer electronics manufacturers are now seeking to embed connectivity within a range of everyday wearable items, from watches to glasses. According to a recent GigaOm article, “Retro-fitting smartness into everyday objects is one of the most fascinating trends we will be living through. It’s where the Internet of Things and wearable technology converge.”

This shift from more cumbersome handsets to wearable smart devices has tremendous implications for the way we interact with technology on a daily basis, from capturing special moments on camera to seamlessly purchasing goods in stores.

One of the most famous Kickstarter success stories, the Pebble smartwatch is credited with setting off a consumer frenzy for smart watches, raising over USD $10 million for the bluetooth-enabled watch that works with both Android and iOS. The watch, which was backed by over 85,000 people on the crowdfunding platform, offers easy access to notifications, e-mail alerts, text messages, music and other data from integrated applications. Spurred by consumer interest, nearly every major consumer electronics manufacturer is now working on a smart watch, or at least thinking about it. Research published last week by Canalys predicts that over five million smart watches will be sold over the next year.[
](file:///C:/Users/Julienne/Documents/My%20Box%20Files/Mondato%20-%20From%20DropBox/Mondato/Newsletter/Newsletter%20-%20WK%2033%20(Wearable)/Final%20-%207%2024%20-%20Wearable%20Tech.docx#_ftn3)

Google has developed an alternative form of wearable smart technology with its recently-unveiled Google Glass – creating an eyeglass interface that obviates the need to use hands altogether. While it is currently available only to testers and developers, a consumer version is expected to be available in 2014. A recent Google Glass update further alluded to the introduction of a Google Glass Boutique, which could either mean a brick-and-mortar store for Google Glass, or a Glass-specific app store (we’re betting on the latter).[
](file:///C:/Users/Julienne/Documents/My%20Box%20Files/Mondato%20-%20From%20DropBox/Mondato/Newsletter/Newsletter%20-%20WK%2033%20(Wearable)/Final%20-%207%2024%20-%20Wearable%20Tech.docx#_ftn4)

Whether consumers opt for Google Glass, smart watches or a yet-to-be-developed technology, “wearable” certainly seems to be the future of smart devices. According to a recent Credit Suisse report, wearable technology currently accounts for about USD $4 billion yearly, primarily consisting of headsets, shoes and fitness monitors. But the report predicts that this number could skyrocket to USD $30 to 50 billion over the next two to three years.

How Can Wearable Tech Transform Commerce?

Given its projected growth over the next few years, wearable technology might soon change the way we transact, from streamlining point-of-sale payments to transforming the “user interface” for commerce. With payment mechanisms shifting from plastic cards to mobile handsets and now to wearable devices, commerce will become increasing “natural,” without the need for apps or other intermediary interfaces.

London-based designer Dhani Sutanto explored the potential for wearable payments by creating an RFID-based ring that can be used to pay for rides on London public transport. According to Sutanto, “I want to remove the user interface completely and instead personalize the experience for each person. I think what we think of as ‘user interface’ will become more natural by working with our body to access technology.”[
](file:///C:/Users/Julienne/Documents/My%20Box%20Files/Mondato%20-%20From%20DropBox/Mondato/Newsletter/Newsletter%20-%20WK%2033%20(Wearable)/Final%20-%207%2024%20-%20Wearable%20Tech.docx#_ftn6)

Rather than interacting with a device, wearable technology can enable body movements or voice commands to signal transactions. In this way, transactions can become as close to a ‘natural’ activity as possible, without the need for extraneous devices and applications.

As mobile payment platforms struggle to attract a critical mass of users, the added convenience and personalization offered by wearable smart devices might be the key to weaning consumers off cash and plastic cards. The mobile payments industry has long noted that a greater emphasis needs to be placed on the consumer, and the shift to wearable could usher in this change.

In a recent Wired article, PayPal CEO John Lunn said, “The best type of payment is the payment you don’t see. You want it to be invisible.” Wearable technology could be the key to creating these “invisible” payments, removing mobile devices from the equation, and thus further simplifying the entire transaction process. **

For merchants, wearable technology has an added benefit – unlocking new types of consumer data that have previously been unavailable. This can enable the delivery of personalized offerings and tailored marketing campaigns – making marketing efforts more efficient and ideally building a more relevant and engaged consumer base.

But mobile security company Lookout recently released a report highlighting a key vulnerability of Google Glass – the fact that it allows users to connect to the Internet via QR codes. This feature leaves the device vulnerable to hackers, who can exploit QR codes to remotely control Glass, potentially spying on user data or re-directing users to malware. Once reported to Google, this weakness was fixed within two weeks. However, the case highlights the broader vulnerabilities of wearable technology as the “Internet of Things” continues to expand. As more and more objects, from watches to mobiles to glasses, become connected to the Internet, we are accumulating and sharing increasing volumes of personal data – creating new threats to privacy.

A New Frontier in Payments?

Setting aside privacy concerns, wearable smart technology such as watches and Glass may usher in a new revolution in commerce – although it is unlikely to be the “final frontier” in payments. Introducing wearable technology to the payments space eliminates the debate over which contactless technology is best, and rather places the focus on the device. Whether through NFC or enhanced low-energy bluetooth technology, transactions via a wearable device can reduce friction and thus encourage speedier consumer adoption.[
](file:///C:/Users/Julienne/Documents/My%20Box%20Files/Mondato%20-%20From%20DropBox/Mondato/Newsletter/Newsletter%20-%20WK%2033%20(Wearable)/Final%20-%207%2024%20-%20Wearable%20Tech.docx#_ftn9)

But spurring adoption will still take time, and the technology is still relatively untested in the payments sphere. Different players are experimenting with new designs and functionalities, in the hopes of identifying the “runaway winner” in contactless payments – one that has the staying power to defeat plastic cards and cash once and for all.