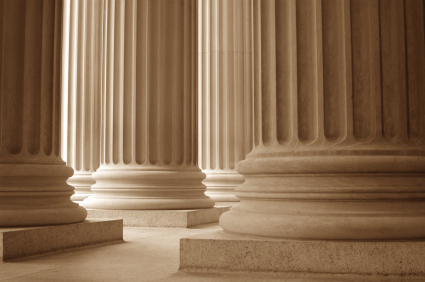 Regulations play an essential role in fostering an enabling environment for the growth of mobile financial services, developing guidelines designed to protect both consumers and the overall economy. As m-money deployments expand globally, and the traditional concept of ‘currency’ expands into the digital realm, regulations play an increasingly influential role. For some, they are perceived as obstacles to innovation that need to adapt to a changing payment ecosystem, while others view them as essential safeguards of our global financial system. How can m-money stakeholders work together to ensure that regulations enable innovation, while providing protection?

M-money regulations have evolved differently in each market; in some cases, regulators have proactively set guidelines within which e-money can operate, and in others they have retroactively addressed emergent risks in the m-money space. In all cases, regulators wrangle with the task of adapting to a new financial service system (m-money) which falls outside of existing financial structures, and thus poses potential risks to both consumers and the overall flow of money in an economy.

In the context of m-money, regulations often address two key issues: the role of non-bank actors in providing financial services, and the ability of non-bank agents to provide banking services in areas with no formal bank branches. Financial regulators may also fear that m-money services led by MNOs will scale too quickly, given their wide reach even among rural populations.[1] This would leave regulators unable to control the steep growth, potentially resulting in a monopoly of the m-money space, as illustrated by the case of M-Pesa in Kenya, which proves formidable competition to any emerging players.

In some contexts, regulator concerns have manifested in a refusal to grant m-money licenses to non-bank players such as mobile operators. In other markets, regulators restrict non-bank agents such as airtime vendors from facilitating m-money transactions, given the potential liability. Across all markets, regulations in the e-money space are evolving rapidly, adapting to market realities and emergent risks, with the ultimate goal of balancing the interests of all stakeholders.

Given the prominent role that regulations play in fostering success (or failure) of m-money platforms, they have proven contentious – with two divergent camps emerging in the regulatory debate.

On one side of the ring, some argue that emergent m-money systems should operate within the bounds of existing regulations, and should be led by formal financial institutions, which provide a tried-and-tested prudential environment that protects both consumers and the overall economy. Those in this camp suggest that banks have certain structural advantages in spearheading m-money services, and regulators should act to protect this sovereign territory.

Importantly, they argue that operating within the formal financial framework ensures that all electronic value is backed up by real money, which may not be the case for m-money services developed by non-bank actors. For instance, research conducted in Kenya showed that some M-Pesa agents issue electronic money on a credit basis, resulting in e-money that is not backed by an equivalent in real money.[2, page 119] This can result in risks to the supply of money in an economy if, for instance, there is a run on the banks and individuals want to withdraw large amounts of money at once.

Further, banks can theoretically offer customers a wider portfolio of financial services, facilitating an end-to-end transition from unbanked to banked, and thereby enhancing financial inclusion. According to Lars Davies, e-money regulatory specialist and CEO of e-payment technology provider Kalypton, in a recent interview, “Operating outside of the formal financial system, non-bank actors are unable to offer a full range of financial services, in contrast to formal financial institutions.” While mobile operator-led platforms can provide the “rails” to offer alternative financial services, such as insurance or savings products, regulatory frameworks in many contexts limit the extent that this can be accomplished without partnering with licensed banks.

Beyond issues of financial inclusion, banks are structured to abide by existing regulations that prevent money laundering and the financing of terrorist activities (AML/CFT). Though non-bank actors such as MNOs can develop this capacity, they may not be incentivized to do so, as it may disrupt their existing business models and require a radical re-engineering of their offerings.

Regulations as Obstacles to Innovation
While the necessity of regulations governing the m-money ecosystem is indisputable, some stakeholders argue that existing regulations are too restrictive in many contexts, and can act as constraints to innovation. According to Simone Di Castri, Regulatory Director for the GSMA MMU Programme, “ineffective policies and cumbersome regulatory barriers have had a negative effect on the development of m-money and the expansion of financial inclusion in many new markets.” He posits, therefore, that for m-money to succeed, regulators need to create an “open and level playing field” that allows non-bank m-money providers such as MNOs into the market.

According to Di Castri, mobile operators bring a number of important advantages to the m-money space, such as brand recognition, consumer trust, and experience with airtime distribution. Further, he added that MNOs offer the SIM card and data channel on handsets that “give users and third parties an interactive interface at a very low cost.” Finally, mobile operators are able to generate indirect revenue from m-money, which in turn makes it easier for them to launch, scale up and sustain these platforms.

M-money offerings led by MNOs can also introduce diversity into the financial services ecosystem, spurring innovation and financial inclusion. According to David Porteous of Bankable Frontier Associates, in a recent interview, “MNOs have business models that are much different from banks, and different business models are important to bring innovation and competition in a market.”

According to the most recent GSMA MMU “State of the Industry” report, the vast majority of successful m-money deployments have been MNO led.[3] These services have provided the “building blocks of digital financial inclusion,” according to Di Castri. By lowering transaction costs, improving access to underserved areas and increasing customer convenience, he notes that, “m-money is building low-cost ‘on-ramps’ for offering and accessing a broader range of financial services.”

Davies of Kalypton agrees that MNOs have played a key role in kickstarting the development of m-money because they have the advantage of extensive reach within rural and underbanked communities. However, he notes that the potential impact of m-money has thus far been limited, given MNO inability to offer robust financial services, suggesting that by working together within a prudential, bank-led environment, m-money schemes would be able to achieve much more.

The Case for Collaboration

While the regulatory debate is still in full swing, the gap between the two opposing sides is gradually closing, as both realize that full participation by both banks and non-bank actors is essential for a thriving MFS ecosystem. While MNOs are limited in their ability to offer robust savings and credit services, banks face challenges developing sustainable business models for m-money – and there is of yet no evidence that bank-led m-money platforms have resulted in enhanced financial inclusion.
Ultimately, m-money will not be able to meet its promise in enhancing financial inclusion nor offer subsidiary benefits unless regulations are commensurate with associated risks. In each market, this may manifest itself differently, depending on the actors involved and the strength of existing e-money regulations, among other factors. For instance, in contexts where MNO-led offerings are allowed, regulatory frameworks may allow “looser” regulation for services that are less risky (such as simple P2P transfer) than traditional banking services. Similarly, MNOs may need to adapt their services to better fit within essential regulations; while banks may need to shift their focus towards offerings targeting base of the pyramid customers.

In an industry as complex as m-money – with such a diversity of actors — all agree that collaboration and compromise will be essential to creating robust and secure offerings, and all stakeholders have a key role to play. According to Di Castri: “Banks and MNOs always need to work together to offer m-money services, and there are a wide variety of partnership opportunities.”

From Google Glass to “Smart” Watches: Are Wearables the Future of Commerce?

Is Mobile Money Meetings Its Promise in Emerging Markets?