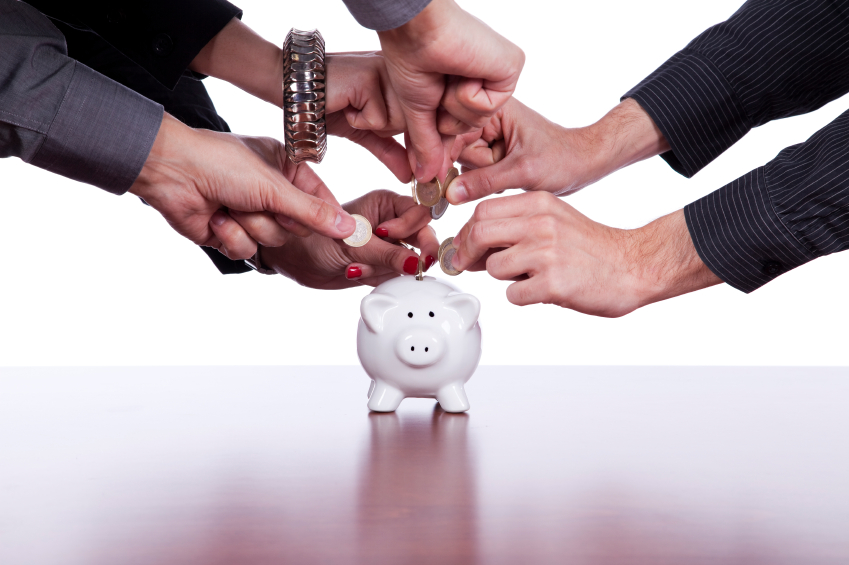 Despite strides to adapt to technological advances, banks still move relatively slow. Saddled with regulatory constraints and complex bureaucracies, traditional financial institutions are often unable to innovate as quickly as nimble, non-bank players in the financial services space (an issue we raised in a previous Mondato newsletter). Consequently, some financial services start-ups have seized the opportunity to iterate upon legacy banking structures and create simplified, socially-based banking systems. Seemingly drawing inspiration from microfinance and the emergent sharing economy, these companies may establish a new normal of friend-to-friend banking.

Banking Among Friends Is Not New

Informal, socially-based banking groups are not a new phenomenon. Research conducted by FinAccess in Kenya, for instance, found that close to 5 million Kenyan adults belong to at least one informal Rotating Savings and Credit Association (ROSCA), while about one million belong to Accumulating Savings and Credit Associations (ASCAs). The way these informal systems work is relatively simple. In ROSCAs, members deposit savings into a central pot, which is redistributed to one or several members of the group on a rotating basis. Members of ASCAs pool money to invest in a chosen borrower with interest. The interest on the loan then accumulates in a group fund, which is meted out among members at a designated time (page 1).

Microfinance groups similarly depend on social networks to mitigate risk. The Grameen Bank, founded in Bangladesh in 1976, among other microfinance organizations, leverages social groups to provide credit and banking services to underserved individuals globally (HKS). Because these individuals lack extensive material resources, Grameen depends on ‘social collateral,’ in which all group members are penalized if one member fails to repay their loan.

Traditional remittance structures are also highly dependent upon social networks and interpersonal trust. In the informal money transfer system of Hawala, for instance, which has existed for centuries, the reputation of the ‘hawaladar’ is a determining factor in deciding whether or not to send money through his network. This sense of trust is reinforced by shared belief systems, repeated dealings, and reputation of honesty in other business practices (Journal of Private Enterprise, Page 11).

While community-based money management is clearly not a new idea, a number of up-and-coming startups have added a new element to the mix: mobile phones.

Puddle, launched last year, offers a smartphone application through which users can create a virtual bank among their friends. According to a recent CGAP post on the platform, Puddle enables groups of friends to contribute funds to a central pool, invite new members, and decide upon a borrowing interest rate. Any profit made off of interest is distributed among the group members evenly. According to co-founder Jean Claude Rodriguez, in a recent Savings Revolution article, Puddle has no procedures for loan approval, as members only invite those that they trust into the group. He said, “if you trust them, you don’t need to approve their loan. They just borrow the money when they want to.”

Munich-based start-up Lendstar offers a similar value proposition to Puddle, with a smartphone application that brings friends together in groups where they can borrow and lend money among each other. Unlike Puddle, however, Lendstar does not require interest or create any costs for users. Rather, according to a Wired article on the service, “the system works on the idea of mutuality and wanting to help others out.” By the end of the year, Lendstar plans to roll out new app features, a mobile wallet and a plastic card, through which users can use their Lendstar account for shopping or to withdraw from ATMs globally.

These new smartphone-based platforms follow in the footsteps of online portals such as Lending Club and Prosper, which facilitate peer-to-peer lending via the Internet. By centralizing existing investment systems and cutting out the middleman, these platforms allow for more direct interaction between investors and borrowers. According to Lending Club CEO Renaud Laplanche in a recent NPR piece, the platform facilitated about USD $800 million in loans in 2012, and the company recently received a USD $1.25 million investment from Google.

These platforms, in contrast to cumbersome banking institutions, have pioneered a new, tech-enabled banking paradigm based on social connections. Not unlike earlier microfinance organizations, these platforms rely on the trust developed in tight-knit groups of friends or members of the same community. Leveraging these social ties can result in economic benefits for members. According to a Net Banker article, borrowers using Puddle can save 10 percent or more from credit cards rates, and lenders get a much higher return than via bank savings accounts.

Towards a New Economy

In some ways, these platforms represent a broader shift away from large, impersonal institutions and towards localized, community-centric structures. Partly as a reaction to globalization and the sense of anonymity created by technology, there has been, in many contexts, a reversion to ‘localism.’ Consumers are increasingly shirking products and services from afar in favor of locally-based goods. This trend has manifested in the explosion of farmer’s markets in many urban centers, for example, as well as the rise of the “share economy” that we wrote about in a recent newsletter.

Friend-to-friend lending is an extension of this trend. While banks are perceived as cumbersome, slow and bureaucratic, socially-based digital financial platforms retain a sense of community among friends, family or neighbors. As in microfinance, community banking depends upon trust and ‘social collateral,’ rather than material resources. The more one uses these platforms successfully, the more they will be trusted by their peers – strengthening the system (Shareable article). Also important, particularly in a post-recession era, is that these services are able to offer dramatic cost savings by removing the need for physical branches or other traditional banking expenses.

As in any space of rapid innovation, the rise of friend-to-friend financial services will not be without its stumbling blocks. Though the idea of trust among friends and social collateral sounds nice, can it work in reality without causing conflict amid the group, or incurring too much risk? Evidence from microfinance in Bangladesh suggests that it can. According to research conducted on the Grameen Bank in Bangladesh, in groups with a high degree of social connectedness, social collateral can serve as a powerful incentive to repay loans and mitigate any negative effects of group lending (Journal of Development Economics, Page 16).

Still, scaling up platforms such as Puddle or Lendstar may require more financial controls, such as underwriting or income verification, according to the Net Banker article. As this is still a nascent industry, it is also unclear whether the platforms will run into any regulatory barriers (as only banks are technically able to make loans). How will these companies address regulatory concerns if they arise? In some cases, introducing new controls runs the risk of losing the flexibility, simplicity and independence of the platforms. Further, bringing in financial institutions to backstop the loans could raise fees for borrowers or cut into investor returns.

The emergence of platforms such as Lendstar and Puddle offers an interesting sneak peak into the future of financial services, which is likely to be more mobile, social and consumer-centric. It also speaks to a broader societal shift towards localism and community-based services. While regulatory concerns may present a barrier, it is important to consider the implications of these platforms not only on financial services, but on our global social fabric and economies.

Can Banks Survive (And Thrive) In the Digital Era?