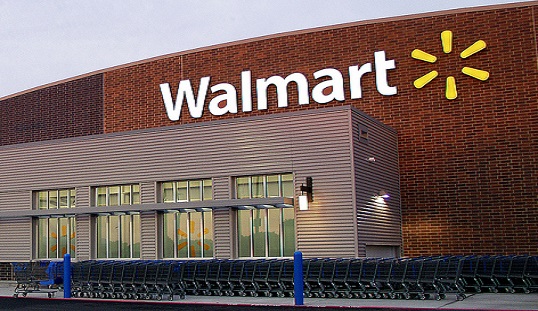 In 2012, The Merchant Customer Exchange (MCX) entered the payments landscape. Behind it was the clout and momentum of retail giants such as Best Buy, Walmart, Target, 7-Eleven, and CVS, all in pursuit of the same elusive endgame: to disrupt interchange fees processed by credit card payment networks on store purchases. While the concept was initially labeled a ‘potential dark horse’ in the payments industry, the MCX has been plagued with logistical and structural complications which have caused some analysts to prophesize its slow death. But with the launch of a public pilot (CurrentC) in Columbus, Ohio this past August and a new impending partnership with Chase, can the MCX remain a viable payment alternative in the long-term?

Unraveling at the Seams

Between 2014 and 2015, the MCX endured a series of setbacks that wove doubt into its future longevity. The most obvious of these setbacks was the perpetual delay of the launch of the CurrentC platform that has resulted in the absence of a deployment three years after the consortium founding. Brian Mooney, the standing CEO of the MCX, tempered expectations this past August that CurrentC would be introduced to the market by the end of 2015. Other setbacks included a data breach in 2014 and the resignation of its CEO in April 2015.

Unfortunately, the postponement of the CurrentC launch has exacerbated structural inherencies. The exclusivity contracts that the original partners signed, which prohibited the adoption of other mobile payment schemes, expired in mid-2015. As Apple Pay, Samsung Pay, and Google Wallet all settle and create niches within the industry, it will become increasingly difficult to not only convince consumers to switch products, but to persuade merchants to remain loyal. Karen Webster of Market Platform Dynamics has described this phenomenon as improbable ignition - “ignition that now has to convince enough consumers that it’s worth switching to and enough merchants that it’s worth investing in to build and scale – and prioritizing over other schemes in market. Having let nearly 3 years languish and with no momentum in market today, MCX faces formidable competition for both consumer and merchant mind and wallet share.”

This changed reality helps to explain the diversification in payment acceptance and the defection from exclusivity agreements now practiced by some of the most pivotal members in the MCX. In April of this year, Best Buy announced its commitment to both CurrentC and Apple Pay, and that it would no longer disable Near Field Communication (NFC) devices that facilitate Apple Pay transactions. Then, in August, Rite Aid also reversed its decision to bar Apple Pay as a payment method in its 4,600 stores.

This fragmentation only further emphasizes an intrinsic flaw critics of the MCX have zeroed in on since day one: competition. It is a feat, in and of itself, for a group of such diverse retailers to design and implement a payment product that satisfies the needs of all involved. It is quite another challenge to instill a sense of good faith on data sharing and collaboration when one of those merchants, Walmart, ‘poses an existential threat to the others’ due to its infinite array of merchandise. Uncertainty as to whether the MCX is capable of achieving both of these objectives, though, has led to some spectators hedging their bets.

Is the splintering of payment acceptance policies among the MCX members truly a sign of a nearing collapse? There is no clear consensus on this. Some analysts, such as Cherian Abraham, are of the persuasion that it is a good thing. It will allow for merchant pluralism in a system that had previously demanded uniformity, and therefore provide the MCX merchants with better flexibility to engage and serve consumers. BestBuy, due to the nature of its products, is uniquely linked to the outcome of Apple Pay as it is a supplier of Apple products. Kohl’s, on the other hand, has developed a highly successful private label card. Theoretically, until Apple Pay could incorporate private label cards into its technology, there was no incentive for Kohl’s to embrace Apple Pay.

Mr. Abraham doesn’t even consider Apple Pay and the MCX to be direct competitors that will limit, or necessarily jeopardize, each other’s expansion in the market. “First of all – MCX and Apple Pay are not competitors. In fact, the radio of choice – in this case NFC – should be agnostic of how the transaction is funded. And today Apple Pay is limiting that choice – in the toll fee that it extracts from banks – and thus disincentivizes cheaper funding sources like ACH.” Apple has further specialized the tokenization framework by affording network operators the discretion to choose what to tokenize - thereby hindering progress that could cover more funding choices. Due to the strangling of tokenization by Apple Pay, there is still ample space for merchant experimentation and merchant executed payment platforms in the ecosystem.

But, even when operating under the assumption that Apple Pay and the MCX are natural rivals, many are not ready to concede the race to Apple Pay. The lack of hegemony in the market share means that there are still large numbers of uncommitted potential users open to a new product, granted the product offers them something of value. This is clearly substantiated by the fact that as of March 2015 only 15% of iPhone 6 and iPhone 6 Plus owners had actually employed Apple Pay at least once- and the percent willing to do so with conviction has plummeted from 2014 to now.

Putting the adoption rates aside, some commentators had believed that CurrentC would deliver more value to the customer. Integral to Apple Pay’s security apparatus is tokenization, which transfers a random number instead of customer data to the merchant. Therefore, the inclusion of loyalty programs and rewards was deemed to not yet be in the horizon of Apple Pay. This could have proven to be problematic for Apple Pay, but beneficial for the MCX, as 61% of mobile wallet users cited rewards and loyalty programs as the primary incentive for transacting with a mobile payment platform. CurrentC intended to capitalize on this by consolidating automatic coupon redemption and loyalty rewards into its platform. However, Apple Pay has demonstrated its receptivity to the market. Aware of this fundamental advantage of the MCX, the new iOS 9 software update integrated loyalty and reward cards into Apple Pay services in the fall of 2015. Among the merchants to synchronize their respective brand cards were Kohl’s and Walgreens.

There are still others that hypothesize that the existence of the MCX relies on a much more simple fact: continued leverage over Visa. During a panel at Networld Media Group’s CONNECT Mobile Innovation Summit this August, Drago Dzerve of Verifone commented on the survivability of MCX: "Until Visa says I want to drop interchange rates from 1.65 percent to 1.45 percent or whatever it is, then MCX will still exist. [Wal-Mart] can dump millions of dollars into it and lose money, but it still provides them leverage over Visa."

It seems that in order to witness a complete abandonment of CurrentC by the MCX, a perfect storm of events must culminate simultaneously. Apple Pay will have to successfully accommodate private label cards and loyalty programs across a wide variety of merchants similar to the offerings of the MCX. Visa will have to compromise with Walmart and other retailers over the current rate of interchange fees. And, the CurrentC pilot will have to fail and flat line to the point it is deemed unsalvageable. It is likely that if only one or two of these factors were to actualize, CurrentC would still weather the situation.

Signs are trickling in, though, that the CurrentC product is gaining traction. One of the most exciting unveilings at Money2020 in Las Vegas this October was the partnership between CurrentC and Chase Pay. The new blood will connect the extensive merchant network of the MCX, which represents more than 110,000 locations nationally, to 94 million Chase cardholders. While the addition of Chase Pay will not dramatically alter the CurrentC product, it will certainly incentivize merchant acceptance and adoption. Within the framework of CurrentC and Chase Pay, there will be no network fees, no merchant-acquiring fees, no charge for fraud if the transaction was authenticated, and fee structures that decrease as Chase payment volumes amass. In light of this partnership announcement, it appears that the MCX has reclaimed its position as the most material threat to V/MA dominance in the market. The pilot expansion to 200 retailers in Columbus, Ohio signals that the MCX has indeed staged a credible resurrection and is poised for a commercial launch in 2016 if it can rectify the complaints from the pilot.

© Mondato 2015. Mondato is a boutique management consultancy specializing in strategic, commercial and operational support for the Mobile Finance and Commerce (MFC) industry. With an unparalleled team of dedicated MFC professionals and a global network of industry contacts, Mondato has the depth of experience to provide high-impact, hands-on support for clients across the MFC ecosystem, including service providers, banks, telcos, technology firms, merchants and investors. Our weekly newsletters are the go-to source of news and analysis in the MFC industry.
Click here to subscribe and receive a weekly Mondato Insight direct to your inbox.
Merchant Customer Exchange (MCX),Retail,Payments
Share this article:

Can an MNO Build Its Own Ecosystem?

The Tomatoes of Disruptive Tech