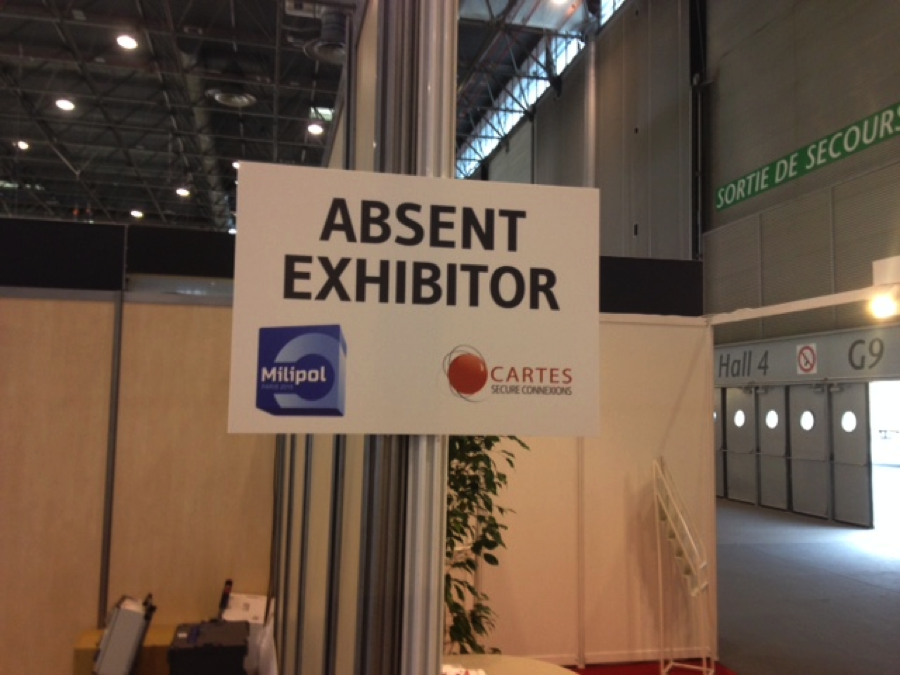 It would have been impossible for the tragic events in Paris of two weeks ago not to cast a long shadow over CARTES 2015. In addition to a somber and nervous mood that engulfed the French capital, a great many exhibitors and delegates cancelled at the last minute, lending the Villepinte exhibition space a quietness that is certainly not the norm at what was formerly Europe's premier convention for payment cards.

Even without concerns about security, however, there was little evidence that CARTES has managed to overcome the loss of pizzazz that was observed at the event last year. The emphasis on security and authentication that was prevalent at CARTES 2014 not only spilled over into this year’s event, it looks set to completely take over. The announcement that the event was changing its name from CARTES – Secure Connexions to Trustech: Pay, Connect, Identify & Secure is about a clear an illustration as you could imagine of the transformation, dare we say disruption, of the payments space in the 30 years since CARTES first opened its doors. One of the criticisms of CARTES over the past few years has been a feeling that it had lost its focus, so it remains unclear whether Cartes 2.0, with its ambitious strapline, will overcome this challenge.

“Unlimited innovation” was the theme of this year’s event, and “Disruption” and “Innovation” were two of the buzzwords that could be heard circulating in just about every language heard on the floor. That is not necessarily a good thing: if there exists an award for the most overused, and abused, word of the decade, “disruptive” would certainly be a leading candidate. Not only has the word been applied to situations far removed from its business context, whether Clayton Christiansen’s now infamous theory of “disruptive innovation” has any actual value as a theory, has been strongly doubted by one of Christensen’s Harvard University colleagues, Jill Lepore (criticisms that Christensen subsequently described as a “criminal act of dishonesty”).

Nevertheless, it is also true that the payments industry has not been radically disrupted since the introduction of credit cards in the 1960s. Of the current wave of fintech, Square, rather than Uber, fits the technical specifications of being disruptive. Whether it actually succeeds in successfully challenging established incumbent businesses such as Verifone will, of course, depend on it becoming profitable. If the company is successful in its proposed new focus on merchant services, then it could well become cited as an example of disruptive innovation. If, on the other hand, it becomes a success through something like a resurrection of Square Wallet (a product Dorsey believes was before its time and about which he may be correct), then it will probably find itself back in the group of what we might call “tech tomatoes” – businesses that are popularly believed to be disruptive even if technically they are not (in the same fashion that most people believe tomatoes to be a vegetable when they are, in fact, a fruit).

Does any of this matter? If you are either a start-up or an innovator then it does, as many of the prescriptions for the future of your business may depend on whether you actually are a sustaining or disruptive innovator: whether you are focused on overthrowing an incumbent or being blindsided by an upstart startup. The keynote speaker at CARTES, co-founder of Waze and FeeX, Uri Levine, grappled with this conundrum when he asked what is the real meaning of disruption in the payments space. While emphasizing that technology is a key enabler of disruption, he also paused to note that markets where there is asymmetric information or middle-men are those most prime for disruption. Worldline’s CEO, Gilles Grapinet, clearly appeared to have Uber in mind when he gave his prescription for how a company can succeed as a disruptor by leveraging the mobile and digital revolutions through extended and improved connectivity, mass data capture, real time contextual analytics, and bi-directional mass communication.

Spire is another candidate for satisfying Professor Christensen’s technical specifications of what constitutes a disruptor. Spire’s Chief Administrative Officer, Alain Fernando-Santana, told Mondato Insight that his company was invested, literally and metaphorically, in mobile being the future of payments. Winner of a recent Sesame Award for Best Banking/Payment Application for their mPOS initiative in Chennai, India, Mr. Fernando-Santana strongly believed that payments are on the verge of their most dramatic transformation since the 1960s. “Something’s bubbling up”, he observed, “There is going to be a complete radicalization of the traditional payment model.” Observing that when CARTES first began mobile phones looked like something from Star Trek, yet the payments industry has changed very little, Fernando-Santana is a strong believer in Clay Christensen’s theory: “The mentality you need is ‘let’s disrupt everything, let’s break everything.’” he told Mondato. “I got kicked out of a lot of meetings.”

It would appear not to be the case, however, that incumbents are blind to the threats and are focusing on “sustaining innovation” that satisfies their current demanding and high-end customers. Ingenico, for example, was keen to emphasize to Mondato its focus on the African market. “Ingenico sees the African continent as an open sky laboratory”, Eastern Europe & Africa MD at Ingenico Group Luciano Cavazzana told Mondato Insight. “Innovation in technology and in business models are a must especially when targeting low-income earners. Ingenico proposes a disruptive model to its customers”, he asserted. Ingenico is already making plans to move into the sorts of spaces that Jack Dorsey sees as Square’s future, through value-added merchant services that “shift terminals from a cost center to a profit center.” Prof. Christensen’s theory says that incumbent companies such as Ingenico may not be able to successfully fend off potential disruptors like Spire, or Square. But it also predicted that the iPhone would be a flop, so maybe CARTES, cards, payments and the theory of disruptive innovation itself are all ripe to be disrupted.

MCX: A Slow Death or a Resurrection?