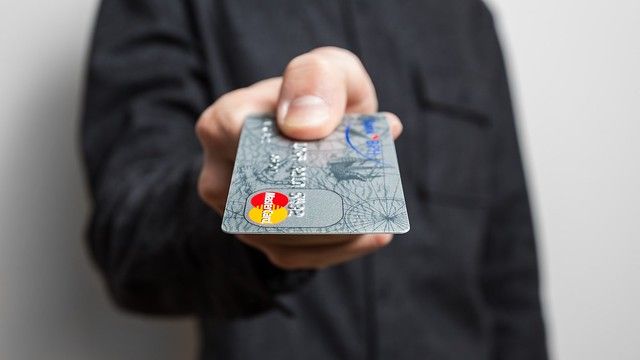 Consumers in developed markets, particularly the U.S., love credit cards. According to Experian, 60.5 percent of Americans had at least one credit card in Q1 2019. The average American carried a credit card balance of about $6,000, and enjoyed a credit limit of about $22,000. To carve out portions of this large, lucrative market, opportunistic tech firms have begun to introduce credit cards in collaboration with legacy institutions. Last month, Paytm (India’s largest digital payments platform and mobile wallet) signaled that they would test this model in India, announcing a new credit card in partnership with Citi. The card — dubbed the Paytm First Credit Card — will be India’s first card offering 1 percent unlimited cashback on all purchases.

If the First Card is a success, it could signal that India’s consumer credit market is ready to grow. The market has almost unimaginable potential; The World Bank estimates that just 3 percent of Indians over age 15 own a credit card, and among young adults (15-24) the figure is less than 1 percent. The success of Paytm’s entry into the space will likely depend on the strength of their existing offerings, how convincingly those offerings can be tied in with a new card, and how eager their customer base is to move to more complex financial products. But if the First Card does in fact take off, will it affect financial inclusion in India? And does introducing such a product constitute an attempt to improve inclusion, or is it a catch-as-catch-can profit driver for Paytm and their partners?

Innovation-driven tech firms are increasingly partnering with legacy financial players to create innovative consumer credit offerings like the First Card. Uber paired up with Barclays on the Uber Visa Card; Lyft’s forthcoming card is a joint effort with Synchrony; and the Apple Card—despite being advertised as “created by Apple, not a bank” — is in fact issued by Goldman Sachs (recent entrants to the consumer credit world in their own right).

These partnerships make strategic use of the customer-facing digital footprint of the tech firm, while the issuing bank underwrites the credit. Digital-curious banks appreciate that Uber and Lyft have significant existing user bases and the operational chops to retain them in a competitive market. Their services are also highly integrable with consumer credit; Uber Visa users, for example, are incentivized by a 2 percent cashback offer on Uber rides and 4 pecent cashback on Uber Eats, the firm’s food delivery service. Integration is also what makes Apple an attractive card partner; their card offers 2 percent cashback on purchases made with Apple Pay, while baked-in security and privacy features add value for users who are already invested in the Apple ecosystem. Meanwhile, the legacy players partnering with these firms benefit from a backdoor into the digital finance space and get a shot at new, difficult-to-capture user segments.

To create the First Card, Paytm is partnering with Citi. According to Paytm, "the partnership dynamic would be such that the card issuance and underwriting would be done by Citi Bank, while the digital interface and distribution services would be provided by Paytm." This arrangement ensures that both firms play to their strengths: Paytm leverages the popularity of their existing platform in India, while Citi provides the infrastructure and procedural know-how which come with being one of the biggest credit card issuers in the world. The Reserve Bank of India’s strict rules governing who may issue credit cards is also in Citi’s favor; currently, only banks and NBFCs (Non-Bank Financial Company) can issue cards.

Paytm’s multi-layered corporate structure means that some parts of the company have a NBFC license but others don’t - and that is where Citi, a licensed bank, comes in. The bank’s funds, backing and scale allow Paytm to roll out an ambitious, attractive first-to-market product which could open the door to a largely untapped Indian consumer credit market for both firms. Paytm’s popularity as a payments platform, in turn, could unlock India’s significant unbanked, underbanked and digital-only population for Citi — all the greater an opportunity as India’s economy grows and modernizes.

The Right Product At The Right Time

If it sounds like Paytm is following the formula, it’s because they are. However, there are two distinct differences between Paytm’s First Card and the cards offered by Apple, Uber and Lyft. The first is that Uber, Lyft and Apple Pay enjoy estimated user bases in the markets they’re targeting with cards of 42 million, 23 million, and 45 million, respectively. Paytm’s user base, by contrast, is 250 million strong and growing. The second is that while the aforementioned firms offer services which could integrate with a consumer credit card, Paytm is already steeped in the payments world. The Paytm ecosystem already includes mechanisms for users to make e-commerce transactions, pay participating retail merchants and transfer funds domestically — all without fees.

Paytm has stated that digital transactions are not essential to their profitability plan, and that they earn commission on “cross-selling of financial products” — the First Card may fall into this latter category. The driving idea behind the First Card may very well be to convert users from Patym wallet — which is fee-free — to the First Card, which offsets its 1 percent universal cashback offer by charging interest on revolving debt. Kumar Shankar Roy of RupeeIQ, who covered the First Card's release earlier this month, pointed out that the product could simply be an attempt by Paytm to round out their existing portfolio:

I think [Paytm] wants to target millenials, especially ones who use digital payments a lot. Paytm has a lot of payments data, but it does not know a lot about credit data. A credit card helps Paytm, which is now a bank, to understand more about credit behaviour and customers. This data may be later used to offer secured loan products.Kumar Shankar Roy at RupeeIQ

Regarding the 250 million consumers already using Paytm’s wallet service: How many of them will simply continue to use Paytm’s wallet, and how many will apply for the First Card? Those who will spend less than ₹50,000 (about $720 USD) annually on the card may be less inclined to apply for it, as that amount is the annual spend threshold above which Paytm waives the First Card’s ₹500 annual fee. This suggests that the card is not targeted toward the poor or “base of the pyramid” customers, but rather toward a more affluent slice of the pie. Indeed, a more macro view reveals that the First Card may not be for all Indians. In a country with a reported per capita income of ₹113,000 (or about $1630 USD), setting an annual spend threshold of ₹50,000 is likely to dissuade a fair number of would-be applicants (particularly those in India’s rural and semi-urban areas, whom Paytm claims comprise over 25 percent of its current user base).

Furthermore, the complexity involved in opening and using a First Card account may not work in the favor of many Indians. First Card users who do not pay off their monthly statement spend will incur interest, which could be costly; reportedly, interest rates on the First Card will run between 37 and 42 percent APR (which is about average for credit cards in India). A bevy of other fees await First Card users, allegedly including late fees, foreign transaction fees, fees for surpassing one’s credit limit and fees for using the card to book railway tickets or purchase fuel. When deciding whether to apply for the card, Indians must weigh these fees against the card’s other benefits, which include one free year of Paytm First membership and other exclusive offers made available through the Citi Privileges platform.

Such deliberations demand a certain level of financial savviness from applicants — a tall order in a country where over 20 percent of adults remain unbanked. And remember: there is a cost to misunderstanding or misusing the First Card’s proposition. Fees and interest make credit cards dangerous for consumers who get in over their heads. In a country where financial inclusion is a real need, products like the First Card could conceivably complicate the financial lives of many Indians, and ultimately impede big-picture progress under the pretext of opening access to new lines of credit.

Grab The Payments And Run

With the First Card, Paytm hopes to bring more of India into the consumer credit fold. Given that an estimated 97 percent of adult Indians don’t yet have a credit card, the potential market shakes out to be roughly 900 million strong. Neighboring Pakistan and Bangladesh exhibit even lower rates of credit card ownership, and so do Indonesia and the Philippines (according to World Bank estimates). Together, these four countries are home to over 700 million people. If the First Card does indeed make a splash in India, perhaps other emerging Asian markets are next. Asia has no shortage of influential tech firms offering services which could integrate with an affinity credit card, and the bigger their user base, the greater the incentive for incumbent institutions to partner with them.

As if on cue, Citi and Southeast-Asian ride-hailing champ Grab announced a card partnership for the Philippine market last week, with a planned expansion to Thailand later this year. The move comes just months after Grab’s expansion of GrabPay to the Philippine market. Grab and Citi could eventually bring a co-branded card to the other six countries where Grab operates (Singapore, Malaysia, Indonesia, Vietnam, Myanmar, and Cambodia), which would build on GrabPay’s nascent presence in those markets.

However, the question remains whether a credit card offering would be attractive to customers who are happy enough with GrabPay, or on the other hand, whether such an offering would cannibalize GrabPay’s business. Apple has found a way out from between the rock and the hard place by incentivizing users to make Apple Pay purchases with their Apple Card for an extra 1 percent cashback. Grab could create a similar incentive, or target different audiences; after all, perhaps a credit card is not the right product for most consumers in emerging markets. Nonetheless — and fortunately for the aforementioned firms — even a sliver of these markets can represent tens of millions of new customers.

Are the consumers who sign up for offers like the First Card equally fortunate? Cumbersome fees and interest may lie in wait, and the annual fee catch-22 (wherein Paytm takes cardholders’ ₹500 hostage unless they spend ₹50,000+) does not exactly sweeten the pot. Though many lower-income Indians would benefit from improved access to credit, the First Card may not be worth the risk of going into debt. Unbanked populations, moreover, find it challenging enough to understand how a bank works — nevermind a credit card with interest rates and fees. The objective of the First Card, rather, seems to be to proliferate consumer credit within an emerging market the same way it is done in developed markets — just with higher interest.

Ethiopia: Time To Do Or Die?