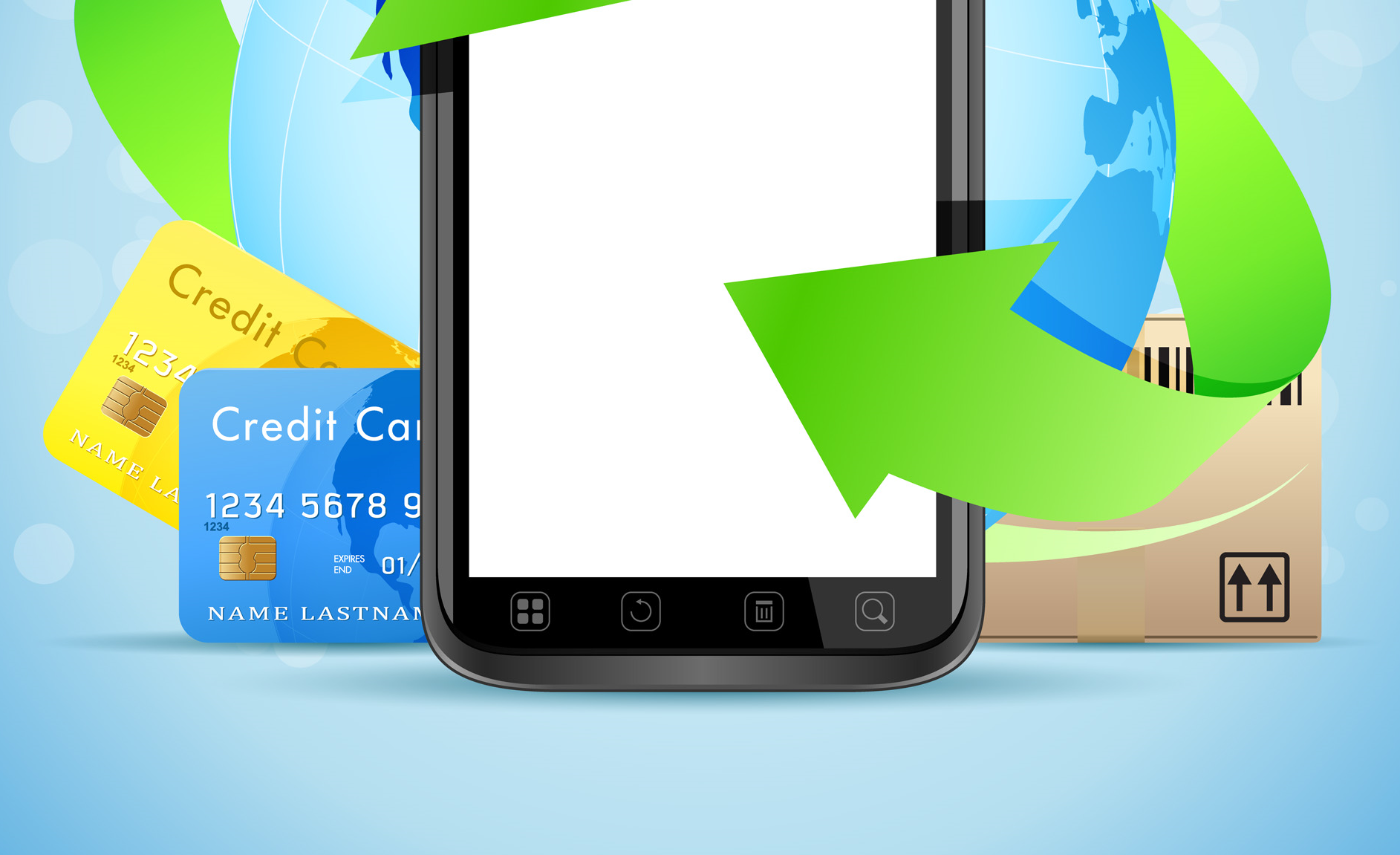 In theory, international remittances would appear to be rich and fertile territory for mobile financial services. Sending money abroad electronically via a mobile platform is only an incremental behavioral change and conceptually not much different from “wiring” money. The difference, of course, is that sending money from your mobile phone to a recipient in another country is a much easier transaction to make than the traditional model of having to go to a bank or money transfer operator (MTO)’s branch or office to complete the paperwork, make the payment and entrust them to deliver the funds to the other end. The extant market into which mobile financial services (MFS) could gain market share is huge: in November 2009 Juniper Research predicted that international mobile money transfers would reach US$65 billion by 2014.

The challenges for international mobile money

However, the numbers of successful mobile money deployments for international remittances clearly indicate that the transition from theory to practice has not been a smooth one: in 2010 there were only about 10 such deployments. By 2014 that number stands somewhere closer to 50, yet last year the same research company noted that 2013 was the first year in which the value of international remittances via mobile phones surpassed $10 billion, accounting for less than 2% of a global remittance volume of $540 billion for that year. Despite the obvious potential benefits to consumers of lower transaction costs (international money transfers carry an average cost of 7%, rising to over 12% for transfers to most countries in sub-Saharan Africa) and near-instant fund availability for the recipient, it is clear that mobile-phone based international remittances have not attained anything even approaching the market share that was predicted for it just a few years ago.

Four obvious barriers exist that have up until now inhibited the growth of the MFS remittance market: the international interoperability of mobile wallets; the regulatory environment; problems of scale; and acceptance of and trust in a new remittance medium on the sender’s part. The first and second of these issues are interlinked, since the resolution of interoperability relies not just on cooperation between MNOs, but also needs an enabling regulatory environment. Millicom-owned Tigo has been successful in linking up its Tanzanian Tigo Pesa platform with its Tigo Cash platform in Rwanda, however that only solves half the equation, since it remains within the same MNO family. More promisingly, MTN and Bharti Airtel have announced a partnership that will allow transfers between networks across the Burkina Faso-Ivory Coast border. Strict anti-money laundering and combatting the financing of terrorism regulations, however, are likely to be a hurdle that remains in place in many of the most popular remittance channels, such as from the US to Africa, or from the Gulf states to India.

A point in case is the difficulties that remittance companies operating in Somalia have faced in finding banks willing to process their transactions in the United States and U.K. Clearly, for markets such as these, airtime remittances will remain an attractive alternative, or perhaps even the only option. Scale and acceptance are similarly linked and pose a different set of problems. Remittance senders may have low levels of financial or computer literacy and may even remain unbanked in their host country. The challenge is to grow their trust in the new remittance medium, and therefore it comes as no surprise that 50% of MNO mobile money platforms in the international remittance market have partnered with the trusted brand of Western Union.

Against this background, however, value transfers other than in cash have proved to be an enduring and popular means of using a mobile platform to send money-in-kind back home, with mobile airtime being the most popular. In some respects, the development of airtime remittances went hand-in-hand with the birth of mobile money. In 2009, the IMF produced a paper in an attempt to improve data collection on the topic of international remittances. After considering banks, MTOs, postal networks and credit unions, the paper addressed the role of telecommunications companies. The authors observed the recent phenomenon of telcos making available services “designed to that the recipient can receive credit for prepaid telecommunications services (“air time [sic] credit”) for their relatives or obtain cash.” The report then went on to consider an example in the Philippines “where two mobile telephone companies have recently introduced mobile phone-based money transfer services… This is a means to make a cash-to-cash transfer where neither party holds a bank account.” The world of MFS has indeed come a long way in 5 years, though airtime remittances have been largely overshadowed by the growth in mobile money.  Combined, however, World Remit‘s CEO recently asserted that transfers to mobile phones account for as much as half of all remittances to Africa.

Airtime remittances continue to play an important role particularly for transfers of under US$20, what TransferTo‘s CEO Eric Barbier has called “the sweet spot” in this area. TransferTo is one of a number of companies that offer connectivity between MNOs and/or white label agent operating through retailer points of sale or web portals. Another leading international top-up provider or hub, Ezetop, will see revenues increase from $200 million in last year to $250 million in 2014, although after 5 years of operating the company only became profitable in 2013. The growth in popularity of mobile money remittances obviously has the potential to squeeze the airtime top-up market.

Nonetheless, as airtime is an efficient way of transferring small value amounts and cannot be exchanged, it will remain attractive to senders who wish to guarantee the purpose for which they are sending the remittance. Eric Barbier, however, last year told the GSMA Mobile Money Summit that he believes that top-ups and cash remittances are complimentary, and serve different segments. “What we have seen is that the usage pattern is complementary to MTO’s, and is of interest to them in terms of recruitment and cross-selling”, he observed to the GSMA-organised panel discussion. He noted that airtime senders typically send with higher frequency and to more recipients than is the case with money transfers, and that the recipients are often someone other than the normal recipient of money transfers.

The British company Sochitel has invested in a strategy whereby they use airtime top-ups as a gateway to generate customer trust in a transaction the sender is comfortable and familiar with, with the ultimate goal of transitioning them onto using the platform for money transfer services. To that end, Sochitel recently acquired a money transfer small payments license, and hopes to leverage their successful experience in “stooping down to their customer”, in the words of CEO Jerry Ejikeme. Ezetop also recently launched their own customer-facing service, called Ding.

Airtime top-ups are only part of the picture. International bill-pay services, such as those previously offered by BlueKite before its acquisition by cash transfer operator Xoom, are also a growing market. Philadelphia-based Prepay Nation recently launched a service whereby a Haitian immigrant or other interested party abroad can send gasoline credit back home via their platform and their in-country partner, Haitipay, and has plans to expand its micro-value transfer offerings.  Sarah Feidt, Director of Marketing at Prepay Nation told us that “There is no cost to the sender or the recipient, and the beauty is that everyone in the Prepay Nation distribution chain makes money.  We have a mobile app, a web portal, a hub and a Facebook app, all of which can be white labelled for an MNO or a retail chain or even a processor to offer the airtime transfer or micro value transfer products to their customers.”

Rather than being a threat to mobile money remittances, airtime top-ups play an important role in building up customer confidence on the sender side, and helping pave the way to a transition to mobile money cash transfers. In the short to medium term they will continue to serve an important market segment, and in many respects compliment cash transfers. However, should international mobile money deployments overcome their problems of scale and interoperability, having built up consumer confidence in the technology, international airtime top-ups could well at some point become a thing of the past.  Hy Sia of Tranglo, another B2B hub, agrees with this assessment, telling us “We are seeing a trend whereby with regulatory approval telcos will eventually only issue e-money and the money can then be used for payment to purchase airtime minutes, gigabytes of data etc. The concept of airtime or talktime minutes or credit will be diluted and converge into overall mobile money.” What role digital currencies may have in reshaping the remittance ecosystem (as discussed in a previous Mondato Insight and with a further look next week) and hastening the end of airtime remittances is also currently unclear. It is likely, however, that that day is not coming any time soon.

Does Bitcoin Have a Future As a Currency?

The New Frontiers of Digital Finance Plus