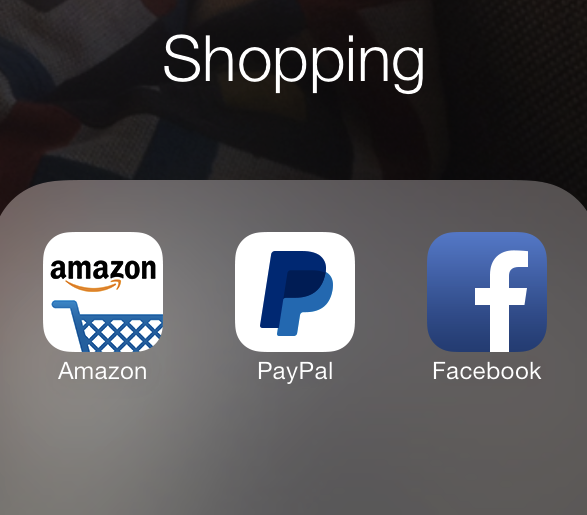 When the largest online retailer in North America, Europe and Japan makes a move into any new area, people stop and notice. This is not just a result of Amazon‘s size, but is also intimately connected to the reputation of Amazon’s founder, Jeff Bezos, as a strategic thinker. As a recent article in The Economist noted, pointing to Mr. Bezos’s original name for the online bookstore that would grow to become an online retail behemoth selling in excess of 240 million items, ‘Relentless’ captures Bezos and Amazon’s ambition nicely. Naturally then, when Amazon last month launched a new payments service that allows customers to automatically pay recurring charges using their Amazon log-in details, the MFS industry duly took note.

This is not Amazon’s first foray into transforming its database of 244 million active customer accounts and their connected credit card details into a payments processor for third parties. Indeed, Amazon’s Marketplace, whereby other companies sell their products on Amazon’s website was a first step in this direction (and which, according the The Economist, is nearly equal to Amazon’s own sales volume of $74.5 billion). In 2007 Amazon began offering a Checkout function to other online merchants, who could integrate Amazon’s payments system into their own website. As part of the deal Amazon collected data on what the customers were buying on the third parties’ websites.

While it has almost become trite in recent years to observe that the collection of ‘big data’ offers “the biggest game-changing opportunity for marketing and sales since the Internet went mainstream”, in many ways that was Jeff Bezos’s insight twenty years ago, just as the internet was going mainstream. Bezos foresaw a “flywheel”: a virtuous circle of an ever enriching consumer experience whereby data on what customers looked at and bought made for a more personalized online experience, drawing in more merchants and more customers, thereby permitting increasing sales volumes to drive down prices further. Data capture, and its exploitation, has always been at the core of Amazon’s business model.

It is not surprising then that this initial third-party payments offering was not a universal hit with merchants: the prospect of one of their biggest competitors (Amazon is, in reality, a competitor to almost every online merchant) gathering data on their customers understandably made some merchants a little nervous. A year ago Amazon introduced a new service in which it only processed the payment, an indication that the initial offering was not meeting the needs of many merchants, or was asking too much in return. In the newer version Amazon receives no data on what the customer looked at, what they bought or at what price: all they get is the purchase price that the merchant wants them to collect from the buyer on their behalf. ‘Login and Pay With Amazon‘ streamlined the process further, allowing for payment without registration with the third-party merchant. “Make Amazon’s customers your customers” is clearly a more attractive proposition to merchants than ‘let Amazon gather information on your customers’.

Amazon’s latest move then, to offer themselves as payment processors for subscription services such as magazines, digital music subscriptions or phone bills, sees them moving into new territory entirely, in what could be a much more direct challenge to PayPal. The proposition is itself very simple, and clearly takes on board the lessons learned from the earlier roll-out of merchant payments: no line-item data will be collected by Amazon, and they will simply debit the credit card they have on file for the dollar amount requested by the merchant. Part of Amazon’s pitch is that it offers security and a trusted brand name to start-ups to whom consumers may be wary of handing over credit card information. Amazon has been working with (among others) relative newcomer in the US MVNO market, Ting, to trial the service, and both parties appear happy with the outcome. Both parties are apparently happy with the results: Ting reported an increase in conversions of 22.5% over the first 30 days.

Justen Burdett, Product Manager at Ting, told Mondato that they were very excited with some of the results of the trial using Amazon Payments, and had been surprised by the number of new customers who chose Amazon Payments over paying directly with their Visa, MasterCard, American Express, or Discover card. Login And Pay With Amazon proved to be the second most popular method of making the recurring payments, second only to Visa. “We think the presence of Amazon (and their A-to-Z guarantee) adds an additional level of trust for folks who may have just recently learned about Ting” said Mr. Burdett. He also pointed to the convenience of just using a saved card, rather than having to grab your wallet or purse and enter all the required information. “That’s something we’ve been quite pleased with and didn’t quite expect to the extent that we’ve seen since launch”, he added. Mr. Burdett emphasized that the tagline for Amazon Payments was indeed an attraction for his company: “Adding Amazon Payments means 237 million customers can now join Ting in just a few clicks. No new username and password, no need to even take out your wallet… There’s a lot to be said for the convenience and trust factor”.

Amazon’s departure from a model predicated on data gathering should in itself draw attention, and it clearly indicates the potential that a company predicted to become the world’s second largest retailer by 2018 sees in payments. Some analysts doubt, however, that Amazon truly is in a position to challenge PayPal’s dominance in this arena. Just as Amazon’s data-gathering based business model proved to be an inhibitor to the take-up of its original payments service by merchants, so too Amazon’s payments business model built on the retention of credit cards may well prove to be its Achilles heel in a head-to-head confrontation with PayPal. Although Amazon has more customer payment details than PayPal, they are mostly credit cards, as opposed to PayPal’s bank-account linked payments. In a head-to-head confrontation between PayPal and Amazon, PayPal has ample scope to cut its margins as the cost of processing Automated Clearing House payments is a fraction of that of credit cards. Simply put, there is a floor below which Amazon cannot cut its fees, and below which PayPal can.

The intriguing aspect of this new foray for Amazon is that Jeff Bezos and Amazon cannot be unaware of the challenges their business model presents when compared to that of PayPal. Without data collection as part of what Amazon receives in return, some are wondering what exactly Mr. Bezos is up to (as many also did when he purchased The Washington Post). It could be possible that Amazon has simply decided to branch out into a hot space to ensure that competitors such as PayPal and Facebook don’t claim it all to themselves. While Amazon may not be in a position to challenge PayPal’s dominance in the area, it could be the case that the goal is simply another revenue stream without it playing part of a larger strategy. Some of those who know Jeff Bezos, however, find that hard to believe. Amazon’s launch of the Fire Phone, with its 3D-like screen and the capacity to retrieve the option of purchasing just about anything that the phone’s camera can capture an image of shows that he indeed remains relentless in his attempts to transform how consumers shop. No-one would be surprised if a little down the line this foray into subscription payments turns out to be a stepping stone to something much bigger of which no-one is currently aware.

Southeast Asia: A Region of Extremes And Opportunities