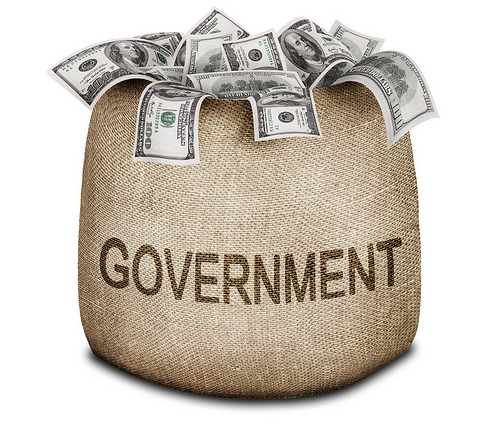 Aside from creating the regulatory environment in which MFS offerings will have to operate, in many markets governments have the potential to play a key role in the development of the mobile money ecosystem through the electronic transmission of G2P transfers, such as salaries, pensions, conditional cash transfers and other types of social payments. In some instances the effect may be indirect, and may not even be the result of the implementation of a MFS solution, but nonetheless it will impact the growth of the ecosystem. One such example was in Brazil, where the payment of *Bolsa Famila, *a social welfare programme in Brazil that reaches 12 million families,**through an agent network both helped create the human capital and altered the regulatory environment in a manner that would pave the way for more strictly MFS offerings. In other instances, such as in Colombia, the effect may be much more immediately obvious, as when G2P social transfers are paid directly into a mobile wallet (though this is the result of a public-private partnership and the initiative of Banco Davivienda).

Nonetheless, G2P transfers have the potential to play an important role in the MFS ecosystem as catalysts to more widespread adoption, as well as having significant advantages in their own right. They reduce the costs of making the payments themselves (in the case of Brazil, from 14.7% to 2.6%) as well as helping smooth out liquidity requirements at the point of disbursement. They have helped reduce ‘leakage’ or levels of corruption in some countries such as Argentina, though in some African countries it has been reported that beneficiaries are being forced to pay a fee to agents.  Lastly, it is hoped that they will play a role in increasing financial inclusion, though there is still no conclusive answer on whether this is the case. Indeed, while those committed to financial inclusion will have an interest in all electronic G2P transfers, aside the aforementioned Daviplata mobile wallet from Davienda, there are only two other significant offerings of this type that use the mobile channel: United Bank Limited (UBL) in Pakistan, and Airtel in Malawi.  UBL delivers part of an income support program through its ‘Omni‘ branchless banking platform to around 1.3 million Pakistani families, while Airtel Money in Malawi distributes Save the Children and World Food Program subsidies to 23,000 families in Malawi.

Taken together, Banco Davivienda, UBL, and Airtel give both insights into the challenges that using the mobile channel for this type of transfer pose, and make for a point of comparison for the more common card-based electronic transfers schemes that have been seen elsewhere in the world. The particular circumstances of each individual market, of course, present their own challenges: in Malawi, for example, Airtel Money had to work with donors to provide 23,000 phone handsets for potential recipients who did not possess one of their own. Nonetheless across the three markets the Mobile Money for the Unbanked team within the GSM Association, an MNO trade body, was able to identify a number of common challenges faced by these “pioneers”, with liquidity management across the agent network being one issue that required particular attention and careful management. In this regard, however, Colombia’s Daviplata and Pakistan’s UBL demonstrate the advantages that banks may have over MNOs in operating this kind of system: both banks utilized their ATM network to facilitate cashing-out, through cardless ATM withdrawals. However, this solution to an agent liquidity problem points to a bigger issue with these types of transfers: they tend to be “dump and pull” processes, wherein all the money is withdrawn in cash upon receipt.

“Dump and pull” points to a recurring problem within the MFS space that is not unique to the G2P component – the ongoing lack of retention of funds within mobile wallets, which has a detrimental effect on the development of a digital financial ecosystem. As noted in a previous Mondato Insight, when discussing how to most effectively evolve mobile money systems from a value transfer offering to a payments offering, some point to G2P transfers, mostly in the form salary disbursements or conditional/unconditional cash transfers, as a potential solution to the problem. The idea is deceptively simple: if there is a regular source of income going into a mobile money wallet, then if merchants are able to accept payments from those wallets, all the pieces are in place for consumers to adopt mobile money as a payments mechanism. The problem with this analysis is that it fails to pay sufficient heed to the patterns of consumer behavior: if consumers are in the habit of paying with cash, having money in a mobile wallet that they can spend elsewhere will not by itself change the behavior when the option exists for consumers to cash out. A card-based transfer system, from the recipient’s perspective, has clear advantages in this context, particularly in middle-income countries where the acceptance of card payments is more widespread: consumers can be confident that their card will be accepted for payment wherever they choose to purchase with it and may be less likely to immediately cash out everything. One such example of this is the grant disbursement system in South Africa that produced the SASSA (South African Social Security Agency) Debit MasterCard, of which there are now 10 million active in South Africa.

The reasons consumers cash out are numerous, but ultimately it boils down to the lack of an incentive to change their behavior and stop paying for their goods and services in the manner they are accustomed to and comfortable with. In South Africa (or indeed any other middle income country with a more developed financial infrastructure), it can be argued that the inconvenience of having to cash out when the card will be widely accepted as a payment instrument is enough of an incentive to over come the settled behavior pattern of using cash. With a mobile wallet, merchants may be able to provide incentives to encourage consumers to put cash into their mobile wallet, but there currently exists little or no incentive or balance of convenience to prevent consumers cashing out after they have received their G2P transfers. And for as long as there exists no unique value proposition for the customer, G2P transfers to mobile wallets, even where stakeholders are able to overcome the significant challenges to implementation, will remain “Dump and Pull”.

Finding the recipe for success in MFS

Amazon Is Indeed Relentless: What Does It Mean For Payments?