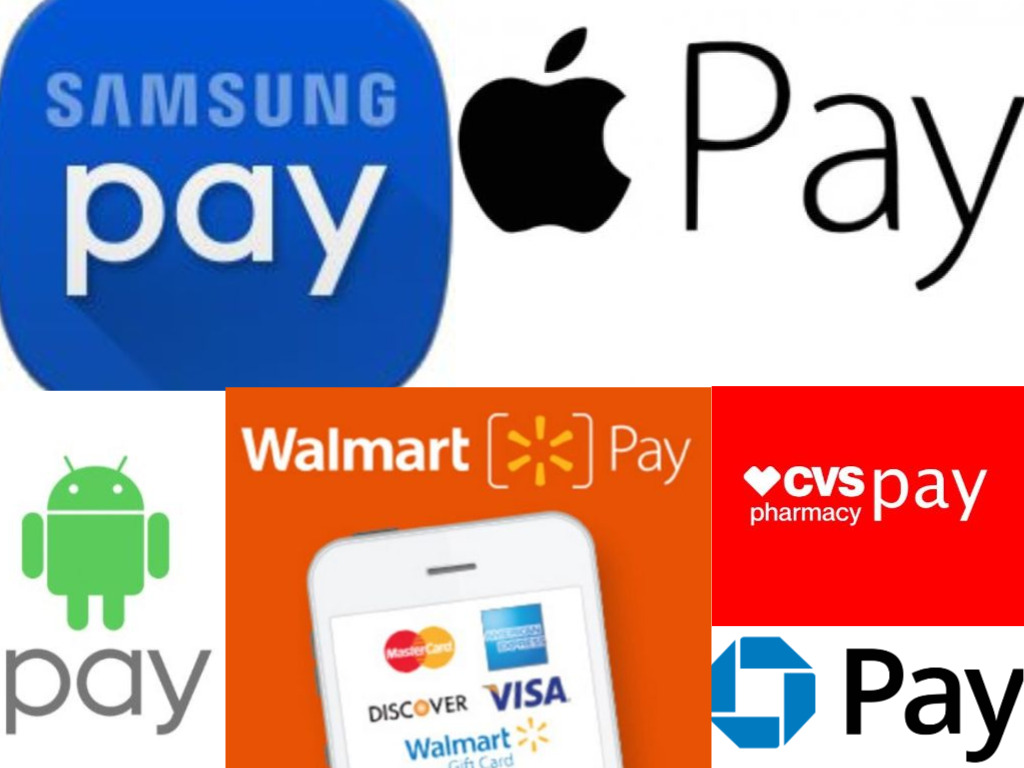 Although some, including Mondato Insight, remained healthily skeptical, in 2014 many observers in the mobile payments community believed that Apple Pay was set to both catalyze and dominate m-payments in the markets in which it operated. Apple's reach, partnerships and first-mover advantage seemed to point towards it sucking the oxygen away from any potential rivals, choking off the competition.

And yet, almost three years later, Apple Pay has spluttered, and there has been a proliferation of competitors that include banks, merchants, tech companies and other cell phone manufacturers. There now exists a danger that, with what is beginning to seem like every player in the ecosystem fighting to gain traction, this explosion of X-pay options are colliding with each other in consumers' digital wallets, and will collectively crash and burn.

This risk, though, is surely known to all the stakeholders currently plowing ahead with their own mobile payments wallet. This raises the question as to whether they are each taking a calculated risk that their own solution is better than the competition, and that when the dust settles they will be among the few left standing (accepting that they can't all be correct). Or, is it the case that each believes there is sufficient room in the ecosystem to grow, satisfying a unique niche in the market? Perhaps, it is even a mixture of both?

It is possible to breakdown these new constellations of wallets and payment apps into any number of classifications, for example by technology (NFC, QR, RFID, ultra-sonic); by provenance (telco, bank, retailer, tech); or by payment rails (direct debit, card network, MNO, blockchain). But in terms of attempting to forecast the outcome of this payments Big Bang, the most significant differentiating factor is whether the wallet is provided by a producer of hardware or software -- whether that is a phone, OS or SIM card (Google, Apple, Samsung, O2 etc.), or whether it is an app or OTT service whose provider needs to fight to get it onto the consumer's phone.

In this way, the payments system galaxy can be seen to be made up of four main (and occasionally overlapping) tech 'solar systems', around which various payment satellites orbit: Apple; the twin-sun system of Android/Samsung; telcos (although the latter has primary relevance in developing markets); and the distant, and as yet faint, wearables system. Without Apple and Android/Samsung, orbiting third-party wallets would face extinction, unless they found as yet unknown life among the distant wearables. The question then becomes which of them can find the sweet spot that can support life, and avoid being either burned up or frozen out.

But let's not do the metaphor to death: the fundamental point is that Apple and Android/Samsung ("AAS") compete on a different plane to wallets like Chase Pay, Starbucks or Alipay, and given the current state of tech, these third-party wallets require the continued existence of AAS in order to be on-hand, literally, at the point-of-sale for the customer (whether online or offline). And each member of the ever-growing list of wallet providers, including the centers of the systems, is fighting for the attention of the consumer not just among each other, but also against other, more 'traditional', payment methods, i.e. cash and plastic cards.

For this reason, the creation of an obvious and clearly understandable value proposition for the consumer will be determinative of which wallets will stand the test of time, so third-party providers will necessarily have to start with a clear vision of what they are offering the consumer by straying outside of their main line of business and getting into the wallet game in the first place.

The answer will have to be a good one, given the relatively anemic usage levels among the systemic players, in which even the most successful (Samsung Pay) reports usage levels of <5% (although it should be noted that Samsung Pay users have far more opportunities to use their wallet than their Apple-bound amigos.) 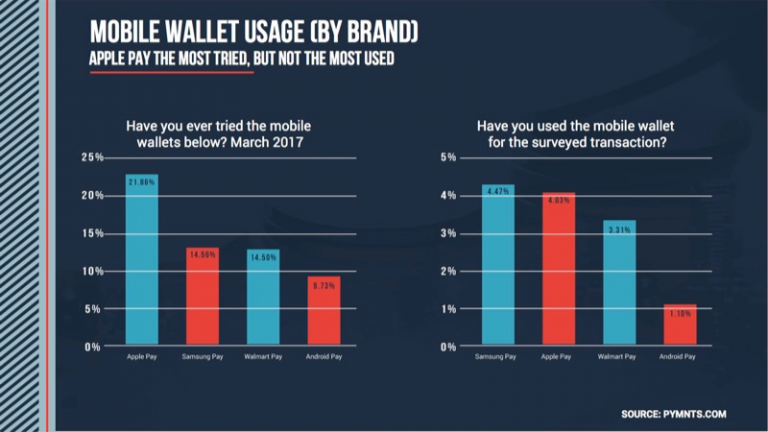 As Mondato Insight has long observed, outside of a narrow band of payments geeks and tech freaks, there currently exists not much incentive for consumers to switch away from using plastic cards and cash, and there are possibly even fewer reasons why merchants would try and incentivize it. That may be beginning to change, however, with both Walmart and CVS Pharmacy among the first big retailers to jump into the payments space with their own payment wallets.

CVS is promising customers that its notoriously long receipts, replete with coupons, become a thing of the past when customers use CVS Pay. Coupons will be applied automatically, loyalty points added, and payment taken from a stored payment card all in one scan, creating an undeniable impetus for price-conscious shoppers to open the CVS app and pay with it.

Coupons are still on paper at Walmart, so the value proposition is currently less clear. Nonetheless, Walmart's wallet plans are surely intimately linked to the company's ambitious online strategy, announced to the world by last summer's purchase of Jet.com. Walmart will, no doubt, have observed in the success of the Starbucks, Dunkin Donuts, and Taco Bell apps the strong pull to customers of the combination of loyalty points and an order-ahead functionality. And for a company of Walmart's size, even relatively marginal savings in stock management which could be obtained from increased advance-online ordering could amount to substantial increases to the company's bottom line.

For players in finance, offering payments is on the one hand more of an extension of current capacities than it is a foray into new pastures. But this in itself raises potentially challenging questions about why a bank or credit union wants its customers to move to mobile payments, and what advantage would the customer accrue by tapping with a phone instead of swiping (or indeed, tapping) a plastic card?

Clearly, there, as of yet, exists no consensus within the industry as to how to answer this question. Within the past month alone we have seen UBS launch its own payment app, CIBC pulled its payment app from Google Play, while a number of banks including Bank of America, Bank of New Zealand and mBank announced Android Pay integration into their own native banking app. But while the latter fast-tracks more consumers to becoming m-payment fluent and capable, it doesn't take them any further down the road as to why they should use this specific mobile payment configuration over the others available, or indeed at all.

Looking ahead, it seems likely, at least in the short term, that we face a world of multiple mobile payment wallets, wherein generic or systemic funcionality (in the form of AAS) is available for consumers to use almost anywhere, but in which they will also have any number of merchant-specific apps with payments capacity, whose usage will be determined by the availability of online ordering and strong brand/ rewards loyalties.

Banks and financial institutions will also be hustling to insert themselves into these new constellations, but as of yet none has offered a truly compelling value proposition that sets them apart from other players in the same solar system. So in the short- to medium-term, it seems likely that more and more stars will appear in the payments sky, as consumers gravitate towards their preferred brands and stores. But who knows, perhaps there is just beyond the technological horizon a payments black hole that will pull in and crush all that comes near it?

Images and logos remain copyright and/or trademarks of the respective companies, with all rights reserved.