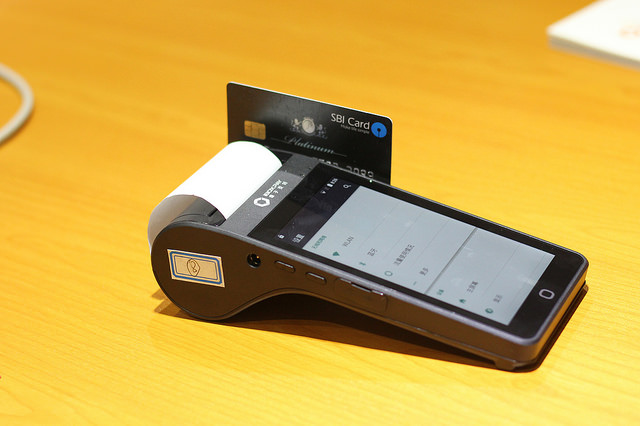 Cash may be inconvenient, costly, bulky, insecure and unhygienic, but you would have to look hard to find someone who isn't willing to accept it. Mobile payments, on the other hand, require technological adoption by, and usage incentives for, merchants and consumers alike. Customers don't want a payment method that is not widely accepted, while merchants don't want to invest in technology that no customer is going to want to make use of.

How to promote both supply and demand, and develop a critical mass of customers and merchants adopting and using mobile payments, is one of the most critical aspects in the development of a mobile payments ecosystem, and possibly one of the hardest to get right.

Left to grow organically, the pace of change can be slow. Despite the availability of contactless credit and debit cards since 2008, as of the end of 2015 less than a quarter of all POS terminals in the UK accept contactless payments. Countries such as Spain, France and Poland all do much better proportionally, but lag behind in usage. The card networks look set to be the initiators of change, however, in Europe at least. MasterCard has mandated that as of next year all new POS machines in Europe must be ready to accept contactless payments, and that by the end of the decade all machines must accept them.

While mandating merchants replace their POS machinery by 2020 may sound like a Draconian boon to device manufacturers, it is likely that within this timeframe consumers will have come to expect to be able to make contact payments. Year-on-year growth in the UK, for example, is running at around 200%, though the total monthly contactless spend still accounted for less than 2% of the UK’s total offline credit and debit card totals. Nonetheless, at these sorts of growth rates, there are likely to be only a few non-NFC holdouts left by the time this decade draws to a close. Already in the Czech Republic, 61% of MasterCard in-store transactions are contactless. This is likely to be good for mobile payments, as customers become more familiar with the "tap-and-pay" concept and a new generation of NFC-capable POS devices.

What will the POS of the future look like?

Once upon a time not so very long ago, after Square burst onto the payments scene, the future was going to be mobile. Square revolutionized how small businesses accepted payments. Unfortunately, it didn't make Square any money (see below). 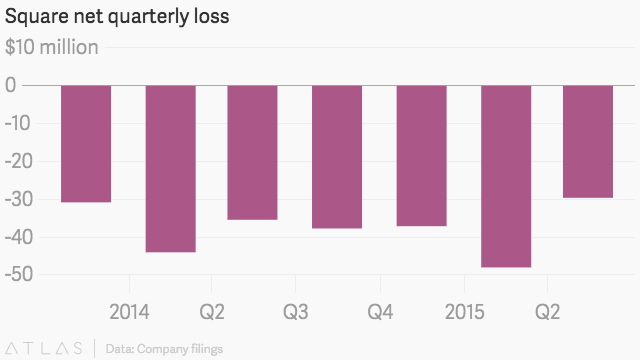 And while the switch to EMV cards has been good for Square's sales, Square has gone from being at the vanguard of genuinely disruptive innovation (the billion dollar unicorns) to being the first of the new wave of big name tech companies whose IPO failed to meet prior private valuations. This in itself highlights the difficulties inherent in a market like payments, where even a much touted deal with Starbucks can cost you losses of $70m a year. It also shows that the future often doesn't look as dramatically different as hype may cause us to believe.

Trying to anticipate what the POS of the future will look like is partly about shaping that future, but ultimately it takes us back to where we began: it will mainly depend on the balance between what consumers want and what merchants are prepared to offer (in addition to contactless payments). As Mondato Insight observed a few weeks back, Chip-and-PIN or Chip-and-Signature transactions are no faster than swipe-and-sign ones, and the latter in particular may be even slower. This offers at least one incentive for U.S. merchants to pay the additional costs (perhaps as much as double a basic EMV-reader) to make sure their new hardware is NFC-capable: “tap-and-pay”, whether using a phone or a card, is going to speed up the checkout line. Indeed, in many stores, as pioneered by Apple, the check-out line itself may even become a thing of the past as cashier and floor assistant roles merge, facilitated by mPOS and boosted by m-payments.

Over the past few decades, as the world has become more digitized, merchants were sold POS upgrades largely on what they could do for them out back: inventory management was revolutionized even for small businesses by more efficient and cost-effective systems with a computerized cash-register/inventory as the hub. These attractions remain applicable to many small businesses in emerging markets. But as we move deeper into the digital transformation of the 21st century, it is the consumer’s turn to go digital. This means that for the next generation of POS, the key to their success will be what they can do for merchants out front: POS systems will need to effectively use customer data to improve the consumer’s shopping experience. How to achieve this without being too creepy or Big Brother-ish is a question that is yet to be answered.

One solution to this may be the mPOS model, empowering staff with information about the customer that the customer may find helpful, and taking the register, in effect, to them. This runs the risk, of course, of appearing pushy and interjecting a sales associate into the shopping experience when the consumer may just want to be alone. It is also likely to generate pushback from some consumers who already feel uncomfortable with their shopping activities being tracked not just digitally, but by a real person also.

The alternative is what we might call the D.I.Y. (do it yourself) model, that seeks to guide and prompt the consumer through the use of beacons and their own handheld device. Experiments with “scan-while-you-shop” shopping carts around the turn of the century fizzled out, presumably due to the ease of theft. mPOS may see the revival of the “smart cart” that has the capacity to perform all the functions of the current generation of fixed-location self-checkout machines, but on wheels. Both models are evolving, and each may be suitable for different retail environments, just as self-service and full-service shops and restaurants developed during the last century’s retail revolution.

The good news for m-payments then, is that the evolving role of the POS/mPOS, and the technology that underpins them, is likely to mean that merchants upgrading their hardware over the next few years are likely to want to future-proof, to the greatest degree possible, their new purchases. That is likely to be a positive for NFC and for mobile payments in the short term. The longer-term trend, however, is more difficult to discern, as the digital transformation and Internet of Things break down barriers between the offline and online worlds, and bring about another transformation of the retail shopping experience. The result may even be the redundancy of merchant-owned POS, and even perhaps mPOS: with the increased sophistication of consumer’s smartphones comes the possibility of transforming it into both the mPOS and the payment device. This would, however, require retailers to overcome significant hurdles in terms of the security of their systems and the consumer's device, and instilling consumer confidence in both.

Diebold has perhaps given a glimpse of the future with its recently-launched ATM that dispenses with screen and keypad completely, and replaces it with a slot for the consumer’s mobile device. Transferring this model into a retail shopping environment could result in a consumer retail experience that feels a little bit like stealing. That would certainly put a little excitement back into shopping.

The Tomatoes of Disruptive Tech

Will Biometrics Disrupt our Shopping Habits?