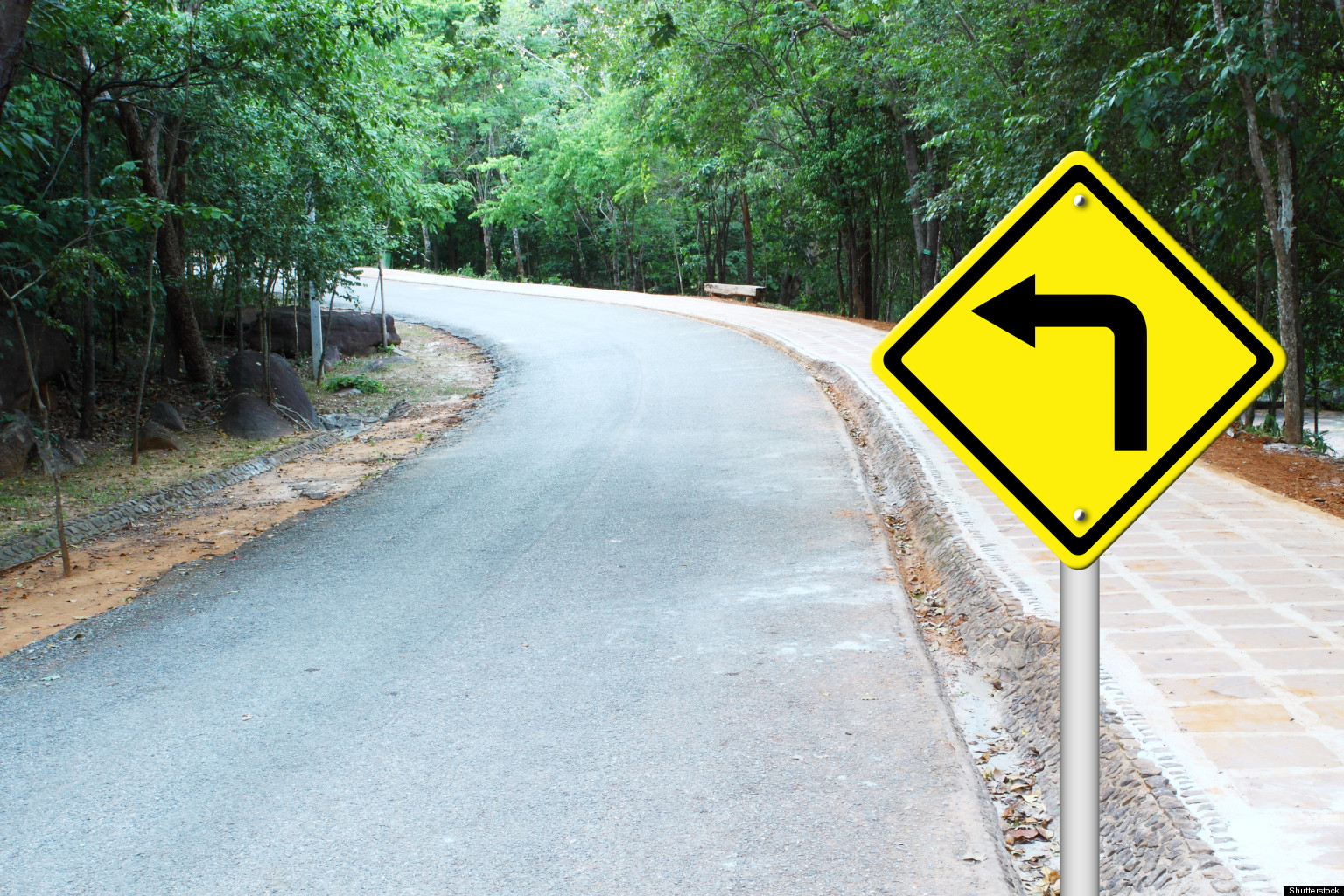 Millennials are more connected to each other than any member of Generation X could have thought imaginable just 20 years ago. Often maligned as being pampered and entitled, Generation Y is also socially aware and quite frequently holds political views that trend significantly further to the left than their parents'.

Fintech startups have, with limited success, tried to exploit Millennials' distrust of traditional banks, in part because what the startups were offering was a repackaging of products that are rooted in institutions and models in which young people have no trust. Of late, however, we have started to see fintech deliver up solutions that appear to speak more closely to Millennial needs and values (recently delved into by Mondato Insight).

In this context of Millennial values, this week's Mondato Insight asks, has fintech taken a leftward turn?

Whatever truth it may have contained in 1987 when she said it, British Prime Minister Margaret Thatcher's infamous statement that "There's no such thing as society. There are individual men and women and there are families" is creaking under the strain of the "social" 21st century.

Millennials, battered and bruised by the Great Recession, have drifted leftwards. In Britain, young people propelled to the leadership of the Labour Party a candidate who was on the party's left-wing fringe even in the days of Mrs. Thatcher. In the United States, the under-30s are throwing their support behind the self-proclaimed democratic socialist Bernie Sanders, a candidate so far outside the Democratic Party's mainstream that he isn't even a member of the party.

Banks and traditional financial institutions are the bête noire of the Millennial generation. See, for example, the F.U. [fingers up] movement directed towards the "country's greedy and phony financial system" by the Hip Money app. The entire fintech space is potentially placed to have a difficult relationship with Generation Y, unless it is seen both to be meeting their needs and reflecting their values. Indeed, is it even possible for the financial services industry to convince this critical segment of the market that they can do the former if they do not do the latter?

Digital Finance and Commerce (DFC) that only serves to extend private jet hire from the 0.1% to the 1% and makes it easier for hedge fund managers to manage their portfolios risks creating the impression that the sector is only there to serve the "millionaires and billionaires" who increasingly represent the villains in the political drama. In this context, then, it is no surprise that for many young people a trip to the dentist is preferable to listening to the advice of banks.

The Kids Are Revolting

Against this backdrop, it was noteworthy that two of the six 'Best of Show' winners at last week's Finovate Spring event in San Jose, Calif., were using fintech to address the most basic human needs, though in starkly different contexts. BanQu, based in Minneapolis, describes itself as "the only provider of global economic identities empowering and enabling people living in poor or depressed economic situations to join, participate in, and grow in the global economy." Silicon Valley's PayActiv promises to be an alternative to "short term, short dollar, predatory lending products" used by 90 million underserved and working poor in the United States. Put together, the popularity of their pitches is perhaps an indication that some corners of the fintech space are catching up with the zeitgeist of a generation of kids who are revolting, but socially oriented.

BanQu (pronounced "bank you") uses "selfie" images and the blockchain to create digital identities for refugees and other displaced persons that can, according to co-founder Hamse Warfa, allow them to "rebuild their credit profiles and get out of poverty." The interest in BanQu's presentation was palpable: a fintech contribution to solving a problem that is unimaginably dreadful. Warfa, and his co-founder Ashish Gadnis, made an evocative pitch about how their solution could offer the restoration of refugees' "humanity and dignity."

Generation X-ers carry with them prejudices about the entitled and venal nature of Millennials. Selfies and the blockchain are more likely to conjure up images of vainglorious girls and Gamecoin-mining guys, rather than an application to help restructure the lives of some of the world's most vulnerable people. But when it came to their leveraging of blockchain and selfies for refugees, BanQu CEO Ashish Gadnis told Mondato Insight,

Back in the United States, the Federal Reserve Board (Fed) annual consumer survey has revealed persistent crisis on a different level, but much closer to home. For the past several years, the Fed has surveyed the financial and economic status of American consumers, and in their latest report last summer one number stood out from all the rest: when asked how they would pay for a $400 emergency, 47% of respondents said they would have to borrow the money or sell something, or they would not be able to come up with the money. The Atlantic magazine called this "financial impotence... the secret shame of middle class Americans living paycheck to paycheck." This has shed a little light on some of the economic pressures that may be driving this leftward trend among the young, and a more "populist" rightward swerve among older American voters.

The Fed's findings are in line with a similar survey conducted by Bankrate.com, which found that 63% of Americans have been unable to set aside $1000 to get through an emergency. This is the "typical American family" that formed the centerpiece of PayActiv's demo at Finovate. Working with employers, PayActiv releases working Americans from the agonizing wait for payday, by allowing them to access their earnings as and when they are earned. Bill pay, cash access and fund transfer services are all available, among others, that collectively provide a cheap alternative to the payday loans that many consider to be exploitative, and which have recently been banned by Google Ads.

How to encourage and facilitate savings is one of the hottest areas in consumer fintech at the moment. PayActiv attempts to solve the problem by encouraging its users, almost all hourly wage earners, to put aside a unit of time's wages per paycheck, in order to break down some of the psychological barriers to saving that arise when living paycheck-to-paycheck. Hip Money (the "F.U. Movement") attempts to solve the same problem, targeting Millennials, by helping them identify the dangers, and benefits, of compound interest, and by assisting them to put aside small amounts for either short-, medium- or long-term goals. Both, however, are taking new approaches to dealing with widespread problems, the extent of which appear often to be overlooked.

The acuity of the problems being addressed, and the relatively simplicity (within the bounds of complex tech) of the solutions being presented, combined to elevate these two demos at Finovate above their peers for the audience's best in show votes. But, perhaps even more significant is the fact that they both address systemic, rather than niche, problems. BanQu seeks to ensure that the world's displaced peoples (who if they were a country would be in the 30 largest) do not remain outside the digital mainstream as they seek to rebuild their lives. PayActiv addresses the reality that many working Americans struggle to get by from month to month, even if they do not meet the definition of being "poor".

But taken together, and alongside some other eye-catching companies such as Student Loan Genius, they point to the fact that fintech has been slow to come up with real solutions to the most pressing socio-financial problems of an entire generation, who now are as big a part of the electorate in the United States as the Baby Boomers. Moreover, they point to an even bigger failure of the tech sector to play a role in addressing some of the underlying causes, of which the twin prongs of tech and globalisation have caught so many young people in a pincer movement.

Looked at from a certain angle, many Millennials are arguing that the entire U.S. economy is ripe for disruption. And perhaps unless fintech starts addressing more broadly-felt financial needs than it currently does, America might one day soon wind up hailing a new Disruptor-in-Chief.

The Future Is Real