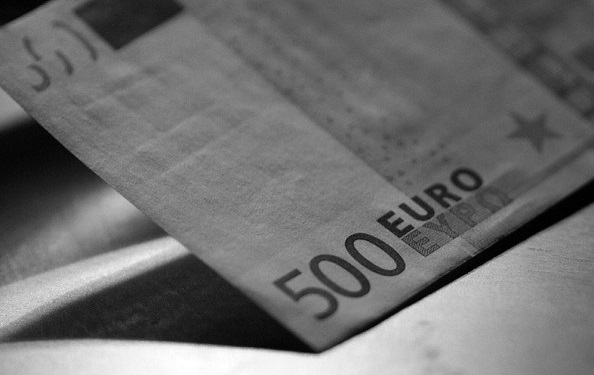 "The 500-euro note is being viewed increasingly as an instrument for illegal activities” recently stated the European Central Bank (ECB)’s president Mario Draghi. Given the recent events that have rocked the Belgium capital, these remarks on the possible abolition of the 500-euro note in order to prevent money laundering and its corollary, the financing of terrorism, come at a timely juncture. The OECD’s Financial Action Taskforce (FATF) has for years held that the use of large denominations of a currency can point to proceeds of crime, and this has also been the reasoning behind the voluntary withdrawal by the private sector of the 500-euro note from circulation in the UK under the guidance of the former Serious Organised Crime Agency (SOCA). Although Draghi insisted that such an abolition “has nothing to do with reducing cash”, the casual connection between cash, money laundering and traceability cannot be ignored. In this context, this week’s Mondato Insight asks, can the elimination of high denominations be a catalyst for digital payments?

The birth of the 500-euro bill

Mr. Draghi’s remarks come a long time in the making. The 500-euro notes were first issued in 2002 along all other denominations, largely in order to placate the demands of Austria, Belgium, Germany, Italy, Luxembourg, and the Netherlands that had national banknotes worth between 200 and 500 euros at the time, and a traditional preference for cash over electronic money.

Until recently, the Commission and the ECB have staunchly defended the issuance of 500-euro banknotes as following the demand of the economic agents in the euro-zone (although behind the scenes, the problems around misuse of the 500-euro banknote have been under consideration for some time by the ECB). In the last formal review of the issue by ECB’s governing council in 2005, it was decided to keep large-value bills in circulation.

Money laundering and all that jazz…

Yet since 1998 the usefulness of these notes and their links to money laundering have been the subject of recurring European Parliamentary questions aimed at the European Commission, who has consistently denied jurisdiction in such matters, deferring to the ECB. The non-utility of these notes was, for example, highlighted in a 2011 ECB survey among households and companies in 2008 and 2009 that estimated that only around one-third of the 500-euro notes in circulation were used for transaction purposes and that the remainder were hoarded as store-of-value in the euro area or held abroad. The OECD’s FAFT has also waded into the debate, focusing on the prominence of large denominations in the traffic flow of money launderers and organized crime. Europol has reported that sometimes criminals will pay more than face value for large notes due to their transport convenience. And some Member States outside of the euro-zone have been taking the matter in their own hands - in April 2010, the bureaux de change in the United Kingdom stopped selling 500-euro banknotes after an eight-month study carried out by the SOCA that showed that 90 percent of all 500-euro banknotes sold in the United Kingdom were in the hands of organized crime.

Are its days counted?

It is only in January this year when Giovanni Kessler, the head of the European Anti-Fraud Office, mentioned the possible abolition of high denomination bills and championed a more widespread use of electronic money in an interview with Reuters. "Traceability is paramount in fighting corruption and fraud," he was quoted at the time. The EU Commission, on February 2nd, pledged to investigate the suspiciously high number of the notes in circulation in the euro-zone as part of a plan to prevent terrorist financing, and this was followed by similar statements by the ECB in mid-February, after EU finance ministers urged such an enquiry. The Commission will work with Europol, the EU’s police agency, but ultimately the decision must be taken by the ECB, which has exclusive control over the denominations of euro notes and coins in circulation. The ECB is expected to report to the euro-zone finance ministers by 1st May.

What are the consequences of such an elimination? To put this question in context, at the end of 2015, although the amount of cash in the euro-zone had risen to more than 1 trillion euros ($1.23 trillion) due to low interest rates and fears on bank stability, only about 3 percent of notes in circulation were 500 euro bills. These bills, however, represented 28 percent of the total value in circulation, as per ECB data. From a money laundering perspective, if these bills are eliminated, although it will make it more inconvenient to carry large wads of cash ($10 million in 500-euro bills weighs only 20.6 kilos, or approximately one and a half 15 liter briefcases), it will not abolish money laundering per se. In the US, the top denomination is $100 (approx. 90 euros) and although $10 million dollars in $100 bills weigh about 100 kilos, seizures of money laundering–related assets in fiscal year 2001 still amounted to $386 million in the US, which itself is just a fraction of the billions of laundered dollars believed to be out there. And the slower the elimination process proceeds (i.e. by central banks only requesting that commercial banks remove the notes when they come into their possession, rather than an outright cancellation), the less impact it has on money laundering. For this reason, although Canada abolished the C$1000 in 2000, in 2016, 20 percent of these notes still remain in circulation. Lastly, as long as other bills remain in circulation – such as the 200-euro note - there will be a limited impact on money laundering, as pointed out recently by Peter Sands, Senior Fellow of the Harvard Kennedy School.

But the effect on digital payments is a different kettle of fish. For those who habitually use 500-euro notes for legitimate purposes, the smaller denominations could be a catalyst in countries that are traditionally cash-based. According to the ECB survey, cash purchases over 100 euros are most common in Italy, Spain and Austria, where almost one third of the interviewees always or often use cash for purchases between 200 euros and 1,000 euros and frequent high-denomination users are most prevalent in Luxembourg, followed by Italy, Austria, Belgium and Spain. As it becomes more inconvenient to carry large amounts of money, payment by card or even mobile for legitimate purchases becomes more alluring from a practical perspective. Partially for this reason, Germans are largely resistant to the current abolition efforts as they fear that such withdrawal is a precursor to the eventual abolition of cash, and thus to a greater increase in state power. Yet as The Economist eloquently argues, the “slippery slope” argument for the elimination of cash need not hold, given the example of Canada which still has many smaller notes in circulation.

However, one needs to view the elimination in the context of other current anti-cash measures in the EU. Payments in cash in amounts greater than 1000 euros are prohibited in France (since September 2015) and Italy (since 2011) as a measure to push cash into traceable bank flows, thus countering anonymous transactions. In Spain, cash payments for professional services of over 2500 euros are prohibited since 2012. And even the Germans, who are traditional fans of large denominations, have been toying around with the idea of imposing a limit of 5,000 euros on cash payments in order to better track the financing of international terrorism. As bills get smaller in value and cash in large quantities becomes illegal for legitimate payment, the movement to digital payment can only accelerate.

But more importantly, its what’s happening in the Nordics that might be the true catalyst of digital payments. In both Sweden and Norway, the migration to almost total “cashlessness” is being led from the bottom up. Bills and coins now represent just 2 percent of Sweden’s economy, compared with 10 percent in the euro-zone, and only about 20 percent of all consumer payments in Sweden have been made in cash, showing how the population is embracing electronic payments. This is coupled by the fact that five of the six major banks in Sweden already refuse to accept cash, and the recent success of mobile payment app Swish from several major Swedish and Danish banks. In Norway as well, the private banking sector is following suite in regards to refusing cash - Nordea, one of its largest banks, no longer handles cash as of November 2015, and DNB, the largest bank, as of January 2016, is considering the same course of action.

Denmark, however, is the first country in the EU (although it is not in the euro-zone) considering the passage of regulation that could impose “cashlessness”. In May last year, as part of a package of economic growth measures which were released ahead of last year's Danish election, the Danish government set out a proposal that most businesses, such as clothing retailers, restaurants and petrol stations, should no longer be legally bound to accept cash payments (though essential services, such as hospitals, pharmacies and post offices, would still have to accept cash). This is the Danish government’s first step towards a 2030 deadline to completely do away with paper money, and currently in certain towns, a trial period of 3-4 years is already under way, whereby all stores and institutions are attempting to go digital.

Looking into the crystal ball

Although the current debate concerning the abolition of the 500-euro note centers on money-laundering, clearly such an elimination, coupled with other current measures limiting cash payments, are setting the stage for digital payments, as the convenience of cash diminishes. But ultimately the true catalyst is the rejection of all cash, whether initiated by the private sector – the commercial banks - and the transaction habits of the population, or imposed by above. If the Nordic countries are anything to go by, a euro-zone economy almost completely based on digital payments may be closer than we think.