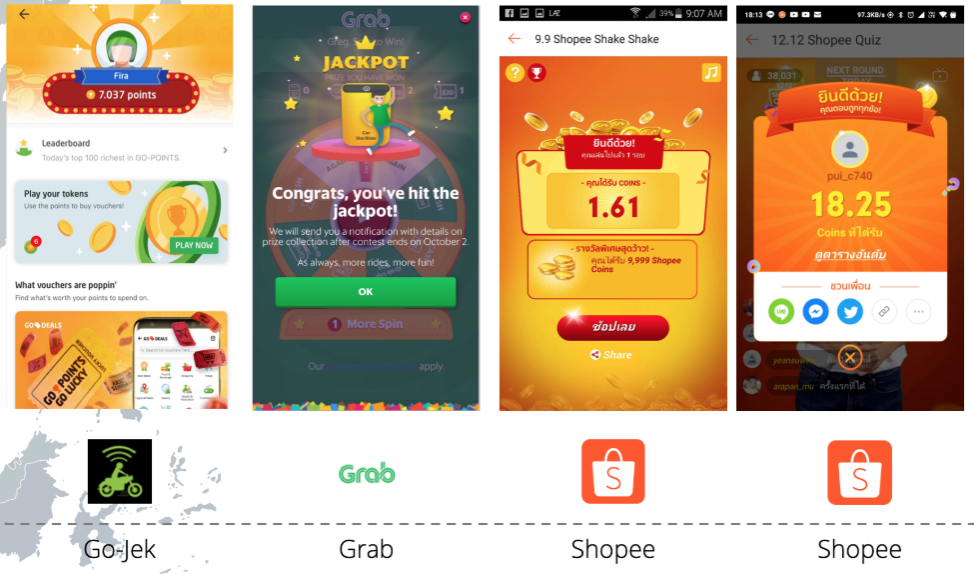 Gamification is a trendy term in some circles, a magic wand of sorts that suddenly makes finance appealing to the average layman and does wonders to revenue and customer acquisition. A deeper look into the gamification of financial services reveals inherent limitations — but also untapped potential — from both the standpoint of financial literacy and usage.

As financial systems diversify and new technologies like cryptocurrency emerge, the general population remains woefully unprepared for the increasing complexity. According to Standard & Poor’s Financial Literacy Survey, only 33 percent of the adult population would be considered financially literate, or able to answer three out of four very basic questions regarding risk diversification, inflation, interest and compound interest. This widespread financial illiteracy is even more dire in emerging markets, where only 28 percent of adults were found to be financially literate, compared to 55 percent in major advanced economies.

As this is, in part, due to a general lack of interest, gamifying financial education may offer a powerful solution to the problem (science suggests, anyway). Psychological studies have revealed that game elements like badges, leaderboards and performance graphs positively affect perceived self-competency, as well as task meaningfulness, while avatars, compelling stories and teammates solidify social relatedness.

With this in mind, a variety of banks and financial services have introduced games the last several years that allow customers to learn about financial concepts and practice applying them without real-money stakes. An early example was Commonwealth Bank of Australia’s Inverstorville, which imitated the then-popular Farmville and had players practice employing investment options utilizing augmented reality; the app was downloaded over 160,000 times. Visa’s decade-old Practical Money Skills for Life program offers a host of games that test and improve customers’ knowledge about financial literacy across all ages and experience.

A new app called Pigzbe is going so far as to offer a cryptocurrency wallet to young children ages six and up. Pigzbe runs on Wollo, a new digital currency designed to make learning about cryptocurrency “fun” and easy. The app, which recently raised more than $100,000 on Kickstarter, comes with a device that allows children to “feed their money tree” and become acquainted with new financial concepts through playing games. By giving their children allowances in Wollo, parents can teach their children about making investments and saving techniques — not to mention cryptocurrency, which may go over the heads of even the parents.

Back To Level One

But the vision doesn’t simply match reality. Many of the early gamified financial literacy initiatives eventually flamed out after a few years. Though the psychological studies clearly point to their theoretical potential, gamified financial literacy tools manifest on unequal levels, said Professor Annamaria Lusardi, Director of George Washington University’s Global Financial Literacy Excellence Center, because they often fail to reach those who need it the most.

“If you leave the people to do it, you will have self-selection. The people who do it are those most interested in it, so here, they are richer people. It is disproportionately people who need financial literacy the least who would get the most benefits.” Annamaria Lusardi at George Washington University’s Global Financial Literacy Excellence Center

Is it reasonable to expect low-income families — statistically the least financially literate — to be customers for Pigzbe, a USD$139 device that tutors kids on cryptocurrency and other financial concepts?

Lusardi instead sees the lack of financial education in schools as the area most ripe for improvement. The OECD has deemed financial literacy a “core life skill,” but few countries or schools include it in their core curriculum, even in the United States. Mandating financial literacy in schools would reach a far wider swath of the youth, including groups with statistically lower levels of financial literacy – namely non-white, female and lesser educated individuals. In a 2011 study, Lusardi and her colleagues found that providing pre-labor market financial knowledge to the least educated improves their well-being by an amount equivalent to 82 percent of their initial wealth.

Gamified financial literacy efforts could serve as a possible supplement to these initiatives, especially when the context calls for it. For populations no longer in school, gamification might be an appropriate financial literacy solution. Explaining the foundations of financial literacy through games for these cohorts can make “difficult concepts more pleasant.” Also, the uniquely iterative element of certain gamified solutions can offer tremendous practice for handling one-off financial decisions. “You don’t retire 20 times. Gamification, by providing scenarios through repetition, can help people understand how certain things work,” quipped Lusardi.

While gamifying financial literacy initiatives may have a limited reach, gamification in other areas is disrupting entire financial service ecosystems, particularly in East and Southeast Asia, which are statistically some of the biggest gaming markets.

This disruption has largely come courtesy of regional unicorns like Alibaba and Tencent (who include gaming among their array of services), according to Robert Zepeda, CEO of Playbasis, which offers gamified solutions to businesses in Southeast Asia through a B2B, software-as-a-service subscription model. These unicorns have integrated gaming alongside a host of disparate services, including financial, to create super apps. “Tencent is the world’s largest gaming company,” Zepeda noted to Mondato. “It’s ironic that the world’s largest gaming company now becomes the most disruptive financial service with WeChat, WePay and WeWallet.”

By having these services all within one application, leading gaming companies in East and Southeast Asia are managing to acquire the younger customers that traditional banks are starving for, harvesting “massive” amounts of data through gaming to better monetize and tailor offerings.

As governments in the region seek a transition to a cashless society, they’ve relaxed regulations to give mobile-based organizations a leg up over traditional competitors, viewing the unicorns as companies that have aggregated enough consumer demand to enact these changes themselves.

Many of these companies have smartly followed a path to acquire underbanked customers and later transition them to a cashless existence, often through gamified elements. Beginning in areas like ride-hailing or food delivery, these apps initially handle cash on delivery, and then slowly introduce wallets to encourage e-payments, incentivizing the switch through coupons and gamified rewards.

Thanks to VC funding, these gamified apps were able to operate at a loss in their pursuit to dominate the market, an approach that profit-obsessed banks aren’t willing to emulate.

Ride-hailing services like GoJek and Grab have evolved to serve as financial services institutions that one day may be on par with the major banks of Southeast Asia. GoJek and Grab offer games to “earn and burn points” and get free rides. To discourage bad behavior and elicit more loyalty from contracted drivers, the companies set missions, target hours and rides completed, and post incentives for drivers to boost their ratings. In the case of GoJek, they even changed riders’ earnings to virtual currency, or “gems” specific to GoJek.

While the regions’ titans — including Grab, GoJek and e-commerce companies like Lazada (of which, Alibaba has big stakes in) and Shoppee — have the talent and capabilities to develop gamified solutions in-house, others are utilizing B2B providers like Playbasis to compete. For the Development Bank of Singapore, Playbasis created a game that is triggered when customers meet a certain credit card spending threshold, in which they have a chance to earn more loyalty points. The game resulted in at least a 25 percent revenue increase from baseline. For True Money Wallet, one of Thailand’s leading telcos and mobile money wallets, Playbasis created a recruitment game where customers can earn tokens by inviting new customers. This doubled their user base in less than a week.

Visa later signed a partnership agreement with Playbasis to utilize this model for their own clients, which Zepeda estimated to drive customer acquisition costs down to anywhere between a tenth and a hundredth of the costs under traditional methods.

For those without in-house talent, outside firms like Playbasis are critical for businesses to implement successful gamified ventures. Design, after all, is the most important ingredient to a popular game. Games triggered by a payment action, for example, should be characterized by instant gratification so it won’t add more time to the cue or checkout process, like a coin flip for award points. If a financial product demands greater stickiness, like life insurance, games with a longer-term arc, such as caring for a virtual pet, is instead optimal. If it is a game dealing with stock trading, rewarding “players” who find “diamonds in the rough” or rank highest in portfolio percent increase levels the playing field for “players” who financially aren’t among the top 1 percent.

Though the gamification industry is quickly growing in revenue — the market is forecasted to reach nearly USD$20 billion by 2023 - it’s still too early to know how exactly the nascent market will develop. With adoption slower than expected, lots of early gamification players fizzled out. “I don’t know if [gamification] will be a separate thing or just an extension of the gaming industry,” said Zepeda. “It’s still a struggle for us going to VCs because no one knows how big it will get.”

But as it continues to penetrate all aspects of business, it’s clear gamification isn’t going anywhere; it’s just a matter of how it will look. “Whether there will be a standalone industry for vendors like Playbasis or it’s consolidated to institutional in-house knowledge is unknown,” said Zepeda. “We don’t know if we will continue towards a B2B path or whether we should launch our own consumer products.”

Can Insurtech Learn Best Practices For Selling To The BOP?

Argentina: The Worst Of Times