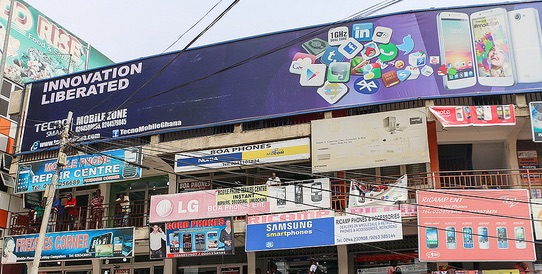 After the breakout success of Safaricom's M-PESA, many countries across Africa and beyond eagerly attempted to replicate its success. With hindsight (which always has 20/20 vision), it is now clear to most observers that Kenya managed to produce the perfect storm, having just the right mix of geography, demography, economy, market dynamics and regulatory policy (to name just a few factors) to create a big bang in mobile money growth.

In the early 2010s, though, none of that was clear, and at the time one of the leading candidates to be the next star in the African mobile money sky was Ghana. As Mondato Insight observed two years ago when considering Ghana's rather unique regulatory framework, then about to be overhauled,

"For the past five years or so, Ghana has ploughed a somewhat lonely furrow in the world of mobile money. One of the wealthiest countries (per capita) in West Africa, Ghana also has one of the highest banked populations in Sub-Saharan Africa, at around 30%, and one of the 10 highest unique mobile subscriber penetration rates, at almost 50%. This led many to believe late in the last decade that Ghana was sitting ripe to become the next big thing in mobile money. Unfortunately, things have not quite worked out as anticipated."

Accra in the Wilderness?

From the get go, the regulatory authorities in Ghana put the idea of interoperability front and center in their vision of the country's mobile money ecosystem. Setting this objective alongside the further stated goal of demonetization in the economy, and a push for interoperability among the country's already fairly developed retail banking infrastructure, a bank-led model of mobile money (technically, branchless banking) seemed like a reasonable strategy that had the potential to leverage the already relatively high rates of financial inclusion to shortcut Ghana's way to an interoperable mobile money ecosystem.

However, as Mondato Insight reported in 2015, misaligned incentives and a lack of clearly apportioned responsibilities between banks and MNOs led to a level of stagnation in the market that required the Bank of Ghana to rethink its entire strategic and regulatory framework. Rather than meriting criticism, however, the Bank of Ghana was lauded for its willingness to experiment and iterate, and pledged to review the entire regulatory framework, including the "many-to-many" model that had proved so problematic.

Concerns about interoperability are likely to have been calmed by Tigo Tanzania's negotiation and implementation of Africa's first completely interoperable mobile money service, further evidence that market-led frameworks may yield better success in this area.
Mondato Insight, March 2015

Unfortunately, none of these best hopes came to pass. Caught in a tough economic slowdown, spiraling deficit and declining cedi, the progress and growth of the DFC ecosystem in Ghana over the past few years has to a large extent come in spite of Ghana's regulators and not because of their prudent iterations of the country's regulatory framework.

One industry insider in Africa with whom Mondato Insight spoke noted a significant reality gap over the past few years between the professed approach of the Bank of Ghana, and the reality of the regulators' behavior. Following the departure of Kwesi Amissah-Arthur to take up the country's vice-presidency in 2012, rather than having learned from its past mistakes and implement the iterative approach that it had claimed to have adopted, the Bank of Ghana stands accused of proceeding in an "authoritarian" and heavy-handed fashion that takes scant notice of industry input and "ploughs ahead" on a course that is at variance with its public commitments.

Such criticisms could perhaps be dismissed as the standard griping of industry stakeholders whose regulators are not letting them have things their own way, were it not for what is now becoming known as the "Sibton affair" - a controversy that has the potential to grow into a scandal that could tarnish, what has been up until now, the Bank of Ghana's relatively solid reputation.

In pursuit of the admirable goal of interoperability between its card payment networks, the Bank of Ghana established GhIPPS, a wholly-owned subsidiary that operated a switch to link together digitally the country's legacy banking systems. However, because the country's bank-led mobile money guidelines were being superceded by regulations that gave MNOs and other stakeholders a more active interest, and creating true digital wallets whose payment flows did not have to touch a bank account with every transaction, GhIPPS in its original form would not have been able to achieve interoperability between either different mobile money deployments or between the mobile money ecosystem and the banking system. Accordingly, the Bank of Ghana invited tenders for a new bespoke switch - Ghana Retail Payments Infrastructure (GRPI) to achieve these goals.

Controversy started to swirl almost immediately after the announcement of the winner. Sibton, a little-known company with a mere five named staff members on its website was successful in its bid, priced at an astonishing GHc4.6bn - almost US$1bn. To put this figure in context, it amounts to more than 2.5% of Ghana's 2015 GDP. Even more astonishing is the fact that the successful bid to establish this new switch, which would run alongside the Bank of Ghana's own GhIPPS, came in over 300 times more expensive than the next closest submission. Only after several weeks of uproar among the local press, business community and politicians did the BoG freeze the deal, amid concerns over whether "it was necessary given the cost implications for consumers."

The whole Sibton affair has cast a pall over the Bank of Ghana, and tarnished the reputation of its new governor, Nashiru Issahaku, barely six months into his term of office. Meanwhile, on the broader economic and monetary front, Ghana is still plagued by the same problems that it was hoped mobile money and digital finance could help alleviate: a banking sector that is under-capitalized and over-exposed, to say nothing of the opportunity costs imposed by the regulatory and interoperable quagmires.

Don't Bank On It

And yet, despite these tough headwinds, the DFC ecosystem in Ghana continues to prosper, benefitting from continued significant investment from major stakeholders such as MTN, whose Ghanaian mobile money deployment accounts for 6% of MTN Ghana's revenues (from GH¢23 billion transacted on its mobile money platform). The most recent GSMA 'State of the Industry' report announced the elevation of Ghana into the top tier of mobile money markets, boasting that over 40% of the country's adult population are active mobile money users. Innovation is also thriving. Afb Ghana recently announced the launch of a new mobile loan product, while MTN has joined the X-pay elite, with the launch of an Android-based NFC mobile 'Tap-to-Pay' payment.

All things considered, Ghana's mobile money ecosystem is in relatively rude health, despite the prevarications and vacillations of the Bank of Ghana. If anything, the BoG's actions and inaction over recent years have reinforced the image that it remained tightly focused on the country's banking sector, and only considers electronic money issuers such as MNOs in the context of their collateral impact on the banks. This raises the obvious question of whether Ghana and its national bank have in place the appropriate regulatory structure for its growing digital finance market. But given the unlikelihood of the BoG giving up its turf, perhaps the best that can be hoped for, in the foreseeable future, is that it sits on its hands and does nothing.

Mobile Money: OTT And Fintech At The Gates