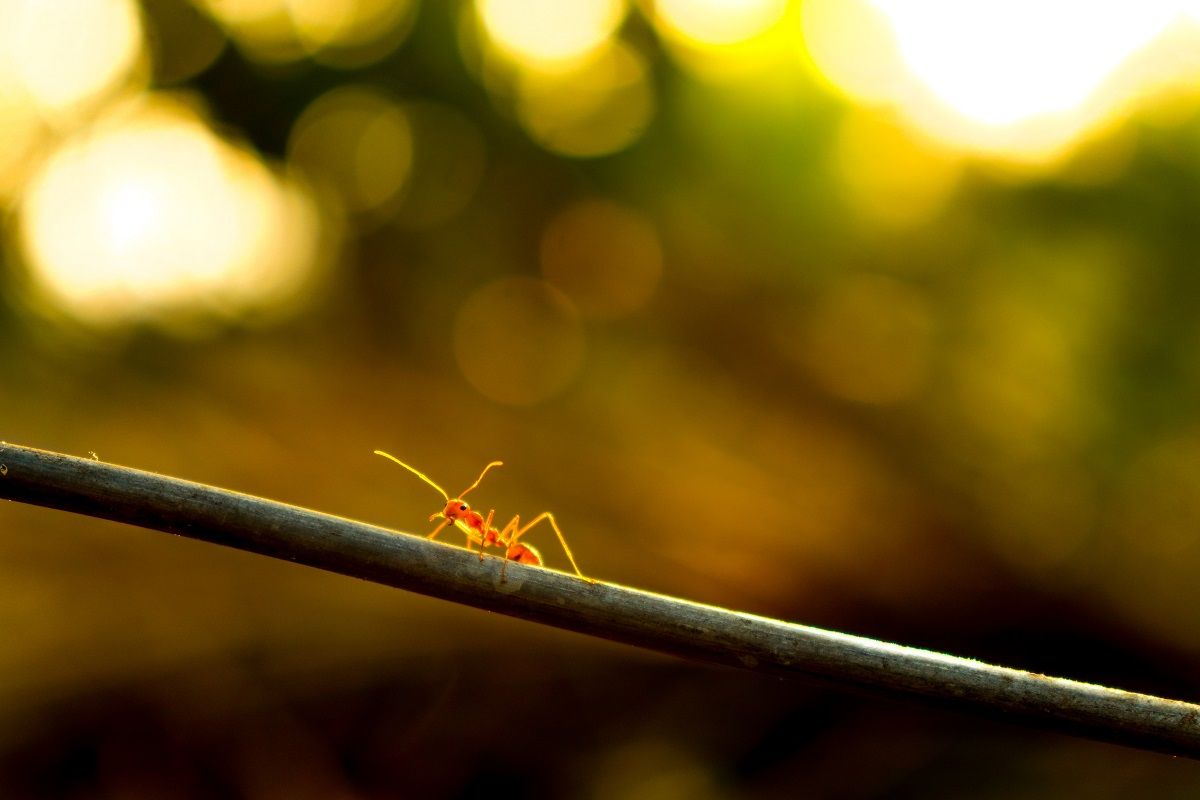 Although most people around the world have heard of China’s e-commerce giant Alibaba, not everyone is familiar with its fintech arm known as Ant Financial Services Group. That’s all about to change, as the Ant Group has recently announced its plans for an Initial Public Offering that could be among the largest in history. The Ant Group, mostly known for Alipay (the most popular payment app in China) was already valued at $150 billion as of 2018. Now, the group is aiming for a market valuation of over $200 billion for their upcoming IPO. This would propel Ant Group into the ranks of the most highly valued financials firms in the world, competing with the likes of PayPal (which is valued at an estimated $210 billion).

Expansion by a company with the size, scale, and deep pockets of Ant has the potential to shake up the industry and affect other fintech players (and regulation) around the world. Experts believe that Ant’s growing influence will push the global financial industry in new directions – but what does that mean? Although experts hold diverse views on this question, it's clear that Ant is positioned to have an impact thanks to their unique approaches to regulations, expansion, and their multi-faceted services and products. But will the rest of the world go along?

The Ant Group is mostly known for Alipay, China’s most popular mobile payment application with over 900 million users. Alibaba launched Alipay in 2004, and the Ant Group was created in 2014 to encompass Alipay and to manage Alibaba’s bigger push into fintech. Since then, the Ant Group has grown immensely, not only in terms of their service and product portfolio, but also in terms of its global presence. Now, at long last, Ant has announced plans for an IPO and dual listing in Shanghai and Hong Kong, signaling interest in further expansion.

In 2019, Alipay handled nearly 54% of China’s 205 trillion yuan ($29.3 trillion) mobile payment transactions. But in addition to this, the Ant Group operates the world’s largest online payment platform, the largest money market fund in the world, a credit rating agency, a wealth management platform, insurance services, microloan services, and many other operations. In fact, more than one-third of Chinese people, or over 600 million people, hold Tianhong Yu’e Bao, the money market mutual fund by Alipay. In addition, Ant Group’s insurance marketplace reaches over 400 million users, and their asset management service is used by over 180 million users.

Meanwhile, Ant Group has also formed partnerships with many local financial services firms in Asia, and Alipay is available in almost 30 countries in Europe. But Ant came to dominate the Asian market first, by partnering with nine e-wallet firms in India, Thailand, South Korea, the Philippines, Bangladesh, Hong Kong, Malaysia, Indonesia and Pakistan. They locked down some high-profile partners in these regions as part of this expansion; in India, for example, Ant Group invested $177 million and partnered with fintech company Paytm. In Hong Kong, Alipay partnered with telecom giant Cheung Kong Hutchison, and in South Korea with Kakao Pay.

But in recent years, Ant Group has also moved into Europe and Africa. In 2019, Ant purchased UK payments group WorldFirst in a deal reportedly worth around $700 million, making it the Ant Group’s highest-profile push into western markets. And most recently, Ant Group also formed a partnership with Vodacom Group, a South African telecom giant planning to create a ‘super app’ in South Africa with help from one of the original super apps, Alipay.

Recently, it was announced that Goldman Sachs and Bank of America were left off in Ant Group’s upcoming stock sales because of their past work with Alibaba’s competitors. Such incidents can go a long way toward explaining why Western financial institutions, startups, and regulators may feel nervous about what’s next.

What the Ant Group has done to reach its size and scope is build a “super app” that caters to a variety of use cases across many different financial and even non-financial services. In addition to financial services, the Alipay app connects users to services such as ride sharing, food ordering, and travel booking. Ant calls its application, “a one-stop digital lifestyle platform.” In other words, Ant Financial has used its Alipay customer base (and the rich data trove generated thereby) to create a convenient “all-in-one” interlocking digital platform that meets as many of its users’ needs as possible. By contrast, many fintech firms in the West focus on building a solution to one specific need, such as Robinhood for investment or Kabbage for lending.

But according to Brett Martin, co-founder of Charge Venture, a pre-seed focused venture fund based in New York, the Alipay “super app” isn’t as unique as some analysts claim:

Apple, for instance, also represents fintech as an infrastructure… From Apple Pay to Apple credit card and healthcare, Apple’s future is fintech. Apple has a long term plan to expand into fintech services that will eventually all come together in one ecosystem.

Martin doesn’t necessarily believe that Ant Group’s expansion will start a new trend in fintech, but he does believe that it could reinforce existing trends toward consolidation and integration of services. In the coming years, Martin expects more fintech firms to focus on building integrated financial solutions rather than focusing on providing only one service at a time.

Ant Group picked partners and invested in financial firms and fintech companies in overlooked Asian markets where the demand for fintech services is rapidly growing… This is a smart strategy because it does not cost a whole lot to buy out or gain stakes in companies in the less developed countries, but through such strategy, a company can gain direct access to the huge untapped market in the partnering firm’s region.

Ant Group refers to this minority shareholding structure as, “overseas shipbuilding.” The company invests in local firms that already hold a payment license and gains a minority stake in them; this way, it does not have to obtain a license in its own right or spend very much on marketing. Other firms have tried this process; PayPal, for instance, recently invested and formed a partnership with Gojek, an Indonesian company that provides payment, ride-hailing, and food delivery services. According to Lee,

To certain extent, every global company is experimenting with this expansion strategy, but Ant Financial has been particularly successful with it. It is possible that Ant’s success model would encourage fintech companies in the West to more actively pursue such partnerships in less developed markets to gain access to the unbanked population.

As far as headwinds go, Ant Group has been dealing with a lot of regulatory pressure within China in the recent years. In response, Ant has been trying to shed its financial-services image, and the firm’s executives earlier this year said they prefer that Ant be called a “TechFin” company rather than a “fintech”. The company even went so far as to change its name from Ant Financial Services to Ant Group. In some ways, Ant’s approach to resisting over-regulation isn’t unique. According to John Mahoney, head of global FIG at Goldman and Sachs, “As fintech matures, I think you are going to see models move either in a tech direction, or a fin direction.”

In the U.S., fintech start-ups are a lot more eager to challenge and compete with banks and they are very ready to take on the financial ecosystem. They are not afraid of expanding into services that the traditional banks would see as a threat.

In addition, Martin does not expect Ant Group’s global expansion to continue as smoothly in the upcoming years, because of increasing fintech regulations around the world. In his view, Ant Group’s expansion could actually trigger increasing scrutiny of all cross-border fintech transactions around the world. If this is the case, Ant may find it more challenging to continue expanding outward as time goes on and regulators adapt to their model.

While industry observers may have differing views about Ant Group’s global expansion and increasing influence, one thing most agree on is that Ant’s imminent IPO shouldn’t necessarily be viewed as a threat to other fintech players around the world. All in all, the global fintech landscape is not a zero sum game, and regardless of Ant Group’s global expansion, there are increasing opportunities for other players to expand dramatically in the coming years. Moreover, optimistic investors are coalescing around a belief that the current pandemic and potential global recession may not dramatically reduce investment into fintech in the next couple of years.

That said, the global landscape is currently dynamic rather than static when it comes to technology and finance, and it is still much too early to predict what is in store following Ant Group’s IPO. As much as Ant’s expansion may affect how financial services are delivered the world over, other players will have their say as innovation continues to push tech to the forefront of finance.

5G Could Reshape Fintech - But When?