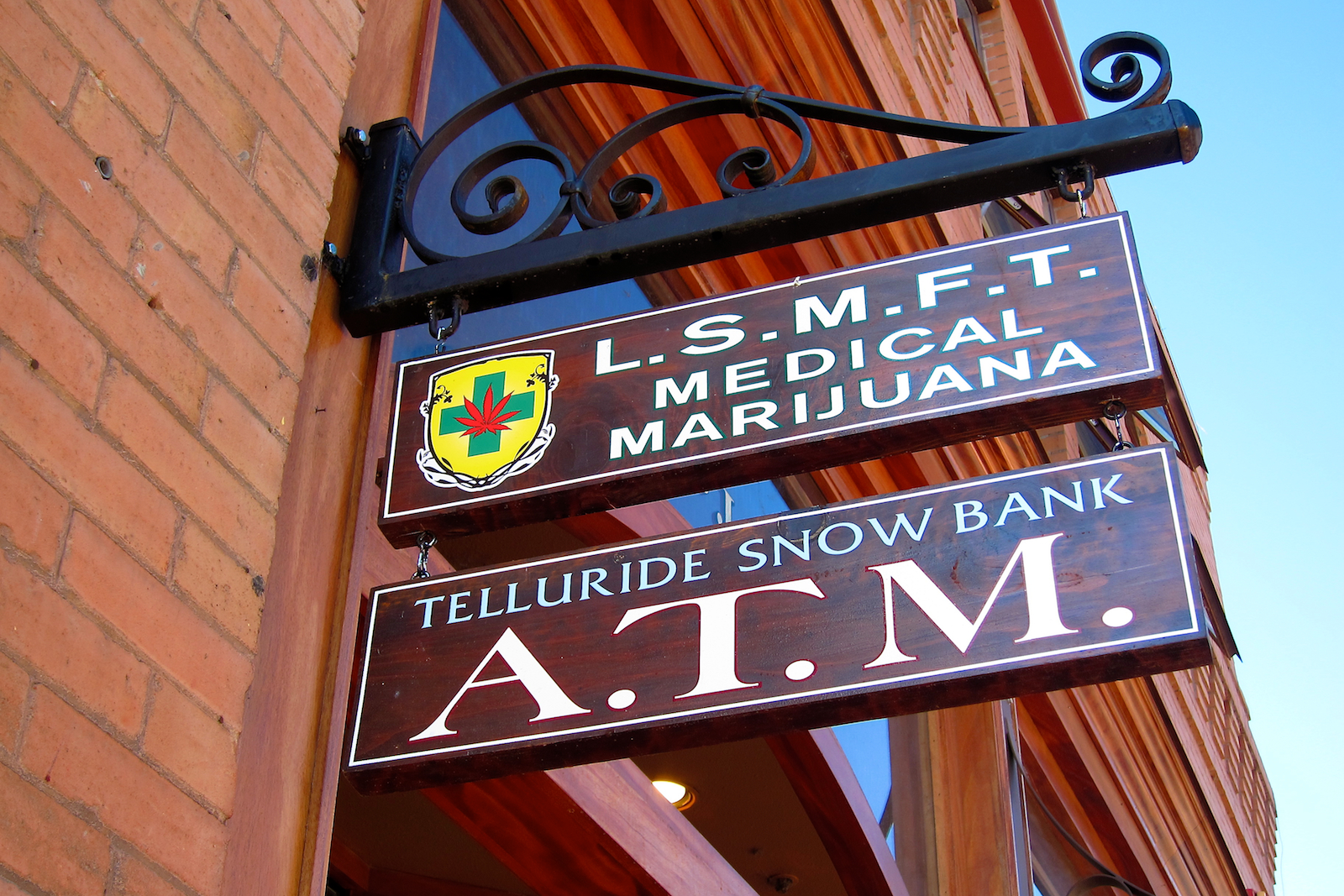 In most places around the world, the direction of travel in transactions and payments is towards digitization. The pace of change can be slow, however. Kenya currently conducts merely 5% of its transactions digitally, by volume. For Nigeria, the figure is variously somewhere between 0 and 1%, while Singapore and France bob around the 60% mark. In the United States, the greenback still has a grip on a slim majority of transactions.   The direction of travel away from cash and towards digitization is clear. Except in one new and fast-growing part of the economy: the U.S. legalized cannabis industry.

Even while its sale and use are legal under certain states’ laws, cannabis is still a largely cash-only industry. Not that the industry wants it to be that way. Keeping the business confined to cash, however, is the fact that marijuana is still a controlled drug under federal law. A bank that accepts money from a known drug distributor, in the eyes of the federal law, is guilty of money laundering. The budding entrepreneurs of Colorado can’t open bank accounts, and that means that businesses in any way involved in this fast-growing section of the economy have to conduct all their business in cash.

This poses a hazard to those employed in the industry whose responsibility it is to transport or escort large quantities of cash. A thriving security industry of heavily armed guards has sprung up, who as well as providing security to the monies of the cannabis growers and sellers, also have to look out for themselves and their own cash: they unable to open a bank account either, because of the source of their income. Those involved in medical marijuana dispensaries face similar issues, but at least they are able to deposit their cash in a personal bank account rather than stash it in a safe house.

The fundamental issue is a jurisdictional conflict between federal and state law: the recreational and medical marijuana businesses and their products are legal in the eyes of the state of Colorado and three other states, but banking mainly falls under the regulatory jurisdiction of the United States federal government. Ironically, the federal government is willing to accept (cash) deposits of the legally-owed taxes due from these newly legalized (state) enterprises. But it won’t allow those behind these joint enterprises to deposit their money anywhere else. And that has created an unusual, and problematic, cash economy built around these more than 2000 businesses.

Some players have stepped into the breach, however. The Fourth Corner Credit Union was established in 2014 to cater specifically for the needs of businesses associated with the marijuana-growing industry that find themselves shut out elsewhere. The problem it faces, though, is that without the approval of the Federal Reserve Bank (the “Fed”) they can only operate as an 18th century-style bank into which cash is deposited and borrowed from, which is hardly a viable business model in the 21st century. It may well be, however, that the Fed’s failure to issue a master account to the credit union, which is necessary to issue checks and cards, is consistent with the federal government’s plan to blunt the industry’s growth and keep it in a primitive state. One out of state bank, Mbank, that has served the medical marijuana industry in Oregon, moved briefly into the Colorado market to cater to both the recreational and medical marijuana businesses there.

By the admission of Mbank’s own President and CEO, Jef Baker, it was a risky move, particularly in light of potential charges that could theoretically brought: conspiracy, aiding and abetting, acting as an accessory after the fact, and money laundering. With this in mind, it is no wonder that a series of regulations issued by the Fed that in theory gave approval to financial institutions under certain specific conditions to bring these business into the formal banking infrastructure have not been enough to entice bankers to open their doors to the deposits. A week after opening in Colorado, Mbank shut up shop, reportedly due to federal pressure.

Medicinal marijuana-growing businesses are now legal in 23 states, and have had fewer problems, but have been shut out of having the merchant accounts that are necessary to process card payments. Cautious of crossing the federal laws that banks similarly face, their responses have ranged from outright hostility on the part of American Express, to Visa‘s ambiguous “leave it to the banks” approach. This has created some innovation in terms of non-cash payments.

One might imagine that this would present a golden opportunity for bitcoin, or some other cryptocurrency. However, many bitcoin processors, eager to take the currency mainstream and away from its Silk Road-based ‘drugs and guns’ reputation, were reluctant to deal with the marijuana industry. Bitcoin’s turbulent recent history has obviously done it few favors either. A number of specialized crypto-currencies such as PotCoin have sprung up, but anyone putting money into a “new bitcoin” may well already be stoned. In one report on the new cryptocurrency from last April, 420 PotCoins were valued at $2.48. Today they would be worth just 50c.

One solution being put forward to permit the medical dispensaries, at least, to take card payments, is the use of cashless ATMs, or Scrip machines. They have been around for many years across the world, but were relatively uncommon in the U.S. One supplier of these machines to the medicinal marijuana industry is GreenStar Payment Solutions, a subsidiary of Singlepoint Inc. Singlepoint’s VP Sales, Wil Ralston, told Mondato Insight that GreenStar was able to utilize GPRS wireless networks to deploy the devices, and make debits and transfers in $5 increments via Automated Clearing House (ACH), bypassing the interchange networks. Customers pay a withdrawal fee, just as they would with a regular ATM. Transactions appear as ATM withdrawals on the patients’ bank statements. But Mr. Ralston didn’t see much innovation on the horizon, at least until the legal situation is harmonized. However, he did foresee the possibility that when the business become mainstream, they may be at the forefront of innovation mobile solutions, given their cash flow levels, and tendency to be risk-taking entrepreneurs.

As anachronous as it may seem, the mobile channel offers little to these men and women who are forced to lumber about carrying very large wads of cash on their persons. A digital payment system that would meet their needs would have to be either connected to the mainstream, or at least so ubiquitous and reliable that it would serve their main purposes. Currently, this cash-heavy new economy is trapped between fiat currencies that are under a tight regulatory and legal regime, and cryptocurrencies that are too new and/or risky to attract widespread adoption. Either way, a digital wallet offers them little respite, irrespective of the digital currency within it.

Mobile Money and the Ebola Crisis