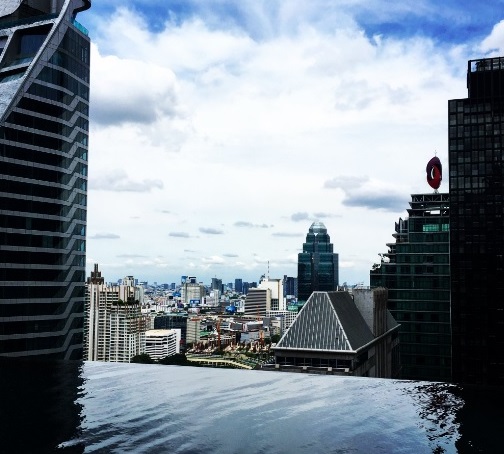 Vibrant, colorful Bangkok was the host of the third annual Mondato Summit Asia on September 20-21 2016, which focused on strategies for navigating the current transition from established mobile financial services to more dynamic ‘digital finance and commerce’ (DFC) in "Emerging Asia." Given market developments across ASEAN countries, this year’s event looked at, in particular, priority areas for establishing end-user trust, business considerations for managing the digital transformation, potential inroads to the SME segment, and value chain implications of accelerating smartphone adoption. Presenters and panelists considered strategies for building more integrated value propositions that drive end user engagement, while also considering which use cases might provide the most immediate opportunities for advancing financial inclusion.

Mondato’s CEO, Judah Levine, opened the Summit by remarking on how quickly the sector has been evolving. He noted that during the prior regional Summit in Manila in 2015, the discussion had very much been focused on "MFC 2.0" (i.e., the increasing importance of mCommerce), whereas now, just a year later, the space includes a much larger digital ecosystem that provides unique engagement across touchpoints that extend well beyond mobile. Examples include the increasing role of online-to-offline and the strategic investments that are being made by major players to ensure they are well positioned to capture a share of the growing space. Importantly, Mr. Levine noted that we are approaching a point where we might expect accelerating value chain disaggregation and reformation, as new players complement existing services to deliver more segmented and higher margin value propositions. He used the analogy of an old-growth forest which provides a robust ecosystem comprising both a soaring canopy (i.e., the tech giants and platforms) and significant biodiversity underneath (i.e., a myriad of value-added services serving niche requirements).

Mastercard’s Group Head & SVP of Market Development – South East Asia, David Chan, built upon this theme of an expanding array of digital services, and stressed that this world beyond cash needs to be safe, simple and smart in order to get accounts into everybody’s hands across all segments. This will be especially important in the coming era of Internet of Things (IoT), for although many may have access to the internet, the unbanked will find themselves excluded from much of the associated economic activity. He added that “Cash is the enemy of the future.” In overcoming these obstacles, MasterCard is leading various financial inclusion initiatives, such as expanding the range of acceptance options to include everything from traditional terminals to mobile phones and QR codes. At the same time, they are encouraging governments to drive critical mass by moving monetary disbursements to digital channels.

Focusing on the End Customer

Focusing on key trends in Asia, TransferTo’s CEO, Eric Barbier, noted the importance of reducing costs on the cross-border front, given its impact on remittances and those that depend on them. In addition, improved transaction speeds are required, with traditional channels often taking over 24 hours for the transaction to complete. In addition, the lack of confirmation notifications often leaves senders in the dark as to whether the funds have actually been received. TransferTo is working with mobile money service providers and others along major remittance corridors to provide solutions to these problems, and is rolling out integrated marketing initiatives which ensures both the senders and recipients are equally informed regarding remittance options. Along these lines, TransferTo has undertaken extensive market research on major corridors in South East Asia to inform its product offerings and market engagement.

The keynote panel discussion explored approaches for bolstering end-user confidence and engagement that will drive adoption of more advanced digital use cases. Security was obviously a primary focus, though Mastercard’s Personal Payments Lead for Asia Pacific, Jason Tymms, also noted that it is not always the primary factor, such as for poorer segments that personally feel they have less to lose given their lack of deposits or savings. Key requirements can be prioritized accordingly to align with phases of adoption based on the types of transactions being observed. Longer-term, Tom Wills of Ontrack Advisory sees seamless integration of payments being a key driver of end-user engagement. Winning propositions are not always easy to predict, however, as Conor Colwell of Chain of Things pointed out, referring to how Venmo took an unorthodox approach in introducing a social network aspect to payments.

The issue of adoption was further considered with respect to women, a group that is 36% less likely than men to have a mobile money account, according to Elisa Minischetti of GSMA, and therefore a significant growth opportunity. Caterina Meloni of Connecting Founders said this could be particularly true for women entrepreneurs who often face “soft issues” when turning to formal financial institutions for credit to fund the growth phase in scaling their businesses, a market gap yet to be better addressed. UNCDF’s SHIFT Programme Analyst, Deanna Morris, says a first step would be addressing access which, surprisingly, may be a greater obstacle for the younger generation, who have lower mobile money adoption rates despite the technology focus of new solutions.

With respect to the wider market, Preethi Gupta of Incite Market Planning said providers should not be too quick in trying to replace cash completely, but perhaps provide a digitized cash-like user experience as an intermediary step. Parallel to this, SVP & GM of Worldwide Business of MatchMove Pay, Gitesh Athavale, said it will also be important to consider how to manage the transition for those that may already have accounts, but for whom financial literacy may be lacking. An additional means for expediting digitization could be an increased focus on human interaction through the Over-the-Counter (OTC) model using agents, explained Jojo Malolos, CEO of WING Cambodia, citing the organization's success and ongoing initiatives to grow their agent network and improve offerings for end-users.

Closing out Day 1 was a panel discussion around opportunities for transforming sectors through digitization. Geert Warlop, Deputy Director of Ascend Group / COO of TrueMoney, has detected a real sea change, as over the past few years businesses have become much more mindful of the “cost of cash” and are beginning to explore alternatives to realize greater efficiencies. On the other hand Nicolas Corlin of Wave Money pointed out that it is important to avoid rolling out solutions looking for a problem, such as the example of a remote village where digitized disbursements might actually complicate the process given that it then introduces a cash-out requirement. Lee-Anne Pitcaithly, Executive Chairperson of First Finance Cambodia, pointed out another consideration with regards to SME B2B payments in that many of these companies may prefer informal channels to avoid tax collection, and that they may prefer more products that have a consumer P2P “feel”.

Looking to the Future

Day 2 started off with Vira-anong Chiranakhorn Phutrakul, Consumer Business Manager of Citi Thailand, speaking about the drivers for Citibank going digital, which included the growing importance of millennial consumers, the ubiquitous use of mobile phones and the emergence of the “new economy.” Facilitating such digital initiatives across a wide range of sectors, Twitter’s Maya Hari described the platform as “the world’s largest focus group” which enterprises can tap into through deep partnerships for data analytics.

During the following panel discussion on the Always-Connected Consumer, trust emerged as a key issue across multiple sectors. On the eCommerce side, Martin Toft Sørensen, Co-founder and Managing Director of WearYouWant, explained how social commerce driven by partner SMEs drives significant transactions leveraging the trust that they hold with consumers, especially in Thailand. ItzCash uses a “phygital” approach of an integrated virtual and physical footprint to achieve a level of proximity that its users expect in this era of convergence, explained its Chief Growth Officer, Bhavik Vasa. Nazmul Karim Chowdhury, SVP & Head of Brand at The City Bank Bangladesh stated that for financial services, it is important to remember that people “do not need a bank, they need banking services” and that collaboration with start-ups can be important in bringing this to consumers in innovative ways that address real pain points. Chandni Ohri, CEO of Grameen Foundation India, provided examples from the other end of the spectrum in bringing financial inclusion to rural women where an integrated approach of technology and carefully managed agent networks are utilized to maintain the necessary engagement in an environment where “always-connected” cannot always be assumed.

The Summit concluded with a case study into the immense opportunity in Asia’s frontier market of Myanmar, and perspectives from investors and entrepreneurs in bringing innovative ideas to market. For the former, Hal Bosher, CEO of Yoma Bank, detailed the way in which his company has transformed itself in just a few short years through a fintech approach that has leapfrogged more traditional models. This has partly been due to a unique situation where a “last mover” advantage has arisen, as the market opened in the midst of a global digital revolution while not being burdened by legacy systems and stranded.

As for the investor-entrepreneur dynamics in the region, the concluding panel touched on several themes that arose throughout the Summit. Donald Wihardja, a Partner at the VC firm Convergence Partners, stressed the importance of scalability for potential investments, such as B2B solutions which address specific problems for the existing ecosystem rather than trying to independently carve out a walled-off space in isolation. Adrian Chng, Co-founder, Chairman & CEO of Fintonia Group, added that another key success factor is the commitment by an entrepreneurial team to work constructively with investors to overcome any differences of opinion, especially given the complexity of the fintech space. Abhisheik Dhawan, Commercial Director – Southeast & Central Asia of Juntos, provided the entrepreneur’s perspective. Agreeing with much of what the venture capitalists had to say, Mr. Dhawan also pointed out how investors bring much more than just funding, and can be key partners in forming connections with other portfolio companies.

And the Winner Is…

And in the spirit of discovering new propositions and business models, a panel of investors listened to pitches from a number of finalist companies competing for the Mobile Finance & Commerce (MFC) Innovation and Digital Finance Plus (DF+) Social Impact Awards of the Year. MyPay, a social media payment platform in Myanmar, and Grameen Foundation India, which had undertaken the ‘Integrating Mobile Financial Education and Services for Financial Inclusion in India’ initiative, were selected for the two awards respectively. The other finalists were SwapsChain, WING Cambodia, MicroEnsure Bangladesh and Software Group.

Finovate 2016: Technology Is Neither A Panacea, Nor An Island