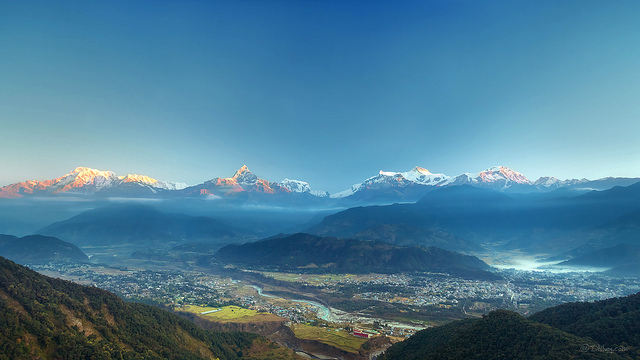 Nepal, with its Himalayan peaks and Buddhist monks, is a remote and inaccessible country, with an underdeveloped financial services sector. Financial services, like most elements of the formal service industries, are concentrated in its urban areas, primarily Kathmandu, due to difficulties in accessing the rural hinterlands that are home to 80% of the country's population. But Nepal may be on the cusp of a financial services revolution. In July, the country's central bank, Nepal Rastra Bank, revised its regulations and allowed non-banks to become licensed payment service providers and offer payment services. This Mondato Insight looks into the challenges and opportunities for digital finance in Nepal, and asks whether these new regulations will revolutionize financial services in the Himalayas.

Mountains and Mountains of Problems

Nepal remains a largely rural country with inhospitable terrain, three quarters of which is covered by mountains. These conditions render access to both mobile phones and financial services difficult, but, conversely, all the more important.

The country was almost completely closed to the outside world until the 1950s. After decades of existing as a constitutional monarchy with a multi-party democracy, the monarchy was abolished in 2009 and Nepal became a federal republic on September 20, 2015. Although the country has been opening up to the rest of the world, the economy is still weak, infrastructure and skills are deficient and foreign direct investment is low. Large parts of the population look for opportunities abroad, making remittances an important lifeline for many Nepalese families.

Currently, mobile money and agent banking in Nepal is still in its nascent development phase. There are a few services in the market but usage and awareness are low. Innovative mobile wallets and payment providers in Nepal include Hello Paisa, E-Sewa/FonePay and MNepal. They all offer a managed wallet product linked to accounts at a partner bank, and depend on agent-led branchless banking networks to register new users. Such wallets are in partnership with the country's banks, facilitating access to their services for existing customers. They also allow for new customer acquisition and on-boarding via as agents, but the relatively small number of agents means growth via this channel remains limited.

Of these wallets only eSewa, the biggest, has seen much success, helped by its partnership with a remarkable 50 banks. Hello Paisa, with eight bank partners, is currently experiencing problems and losing clients due to problems with scalability and the provision of technological updates. MNepal, which focused on educated urban dwellers, is currently suspended due to internal management issues. Thus, the market is ripe for challenges from new providers.

From a regulatory perspective, since July 2016, Nepal has adopted a functionality-focused framework for payments services, via the legal instrument known as the Licensing Policy for Payment Related Institutions/Mechanisms 2073. This Licensing Policy marks a radical departure from the previous bank-driven regime, allowing both licensed banks and non-banks (including telcos) to provide payment services. <!--- clarify ---> Telcos will, however, need to set up subsidiaries to provide such services, and, uniquely, must provide a commitment to provide non-discriminatory access to their networks to other payment service providers. Non-compliance to the latter obligation will result in cancellation of the license.

It should also be noted the new payment service regime has a limited scope as it does not encompass any type of savings, credit or loan product. Given the recent character of Nepal’s regulatory reform, however, it is clear many areas are still left to be dealt with and /or clarified (such as agents and KYC), and the jury is still out on how enabling and effective the regime will be.

Nevertheless, under the previous regime MNOs were not able to participate, so the new Licensing Policy has the potential to radically reshape the market, if the conditions to their entry do not, in effect, amount to barriers. The country's two main mobile network operators are Ncell (recently acquired by regional player and mobile finance strong house Axiata Group), and the state-owned Nepal Telecom (NT). Ncell has actively been looking to enter the market, and is ready to roll out mobile financial services should they secure a license. However, the new licensing model allows any entity to apply for a license, not just MNOs, and these other non-bank players do not have any specific conditions to entry. Clearly the playing field is wide open for a variety of new entrants.

As noted, Nepal is one of the biggest remittance recipients in South Asia as migrant workers sent home almost USD $7bn in 2015, the majority of which is spent and neither saved nor invested. Any service provider that can tap into this revenue stream and help remittance receivers use these funds more productively will not only tap into significant revenues, but also foster growth in the Nepalese economy.

But due to the high costs associated with mobile money platforms and the rolling out of agent networks, especially in a geography such as Nepal’s, a common platform that could be shared among banks and third-party providers, and an agent aggregator business could be an attractive model for both providers and investors. Although local players such as MNepal and Hello Paisa have previously tried this model without success, the demand is there to be met if the supply side can be executed well.

An alternative model is partnership development and ecosystem building. Banks and the new providers can partner and use agent points or mobile phones to deliver new structured products, similar to M-Shwari in Kenya (although such a development would require some further regulatory changes.) Savings is another attractive product category, as remittance receivers need a safe place to store the money if they do not spend it immediately. Access to savings and credit would allow the many Nepalese with irregular incomes to better manage life-cycle related expenses such as education, marriage, illness and religious obligations. There is thus an impetus for stakeholders to push for further regulatory reform to encompass these new products.

Strong Winds on the Way Up

Primarily, users often have low levels of education and are not technologically savvy. This means designing usable products that take account of the specific needs and abilities of the potential customer base is of paramount concern (see a previous Mondato Insight on the role of Human Centered Design here.) UNCDF has carried out several such initial studies, however, that point the way for companies in their efforts in this area. But awareness of digital finance products is low in Nepal; early market entrants might have to pay for customer education without much guarantee of reaping the benefits, perhaps pointing to an enhanced role for the public sector in this regard.

Similarly, finding local qualified personnel to roll out and mange mobile money or agent banking is difficult, and providers will frequently need to bring in foreigners to run the business, further increasing its cost. Keeping in mind that in addition to the above costs, launching a successful mobile money or agent banking service is very expensive in and of itself, considering the cost of the platforms and of developing agent networks in remote areas, clearly there are not many parties who have the resources and incentives, besides MNOs. This may result in the market settling into a bank- and MNO-dominated field.

Nepal is an attractive market but its unique requirements make it difficult to penetrate, even against the backdrop of regulatory change. Providers will need deep pockets, careful planning and significant amounts of patience before they see uptake. Building a strong foundation with a well-developed agent network is the first step towards the long way up. However, with over 100% mobile penetration rate and as one of the last "virgin markets", Nepal is hugely attractive.

This article is a result of research Mondato carried out for a report on Payment Systems, Mobile Money Services and Agent Banking in Bangladesh, Nepal and Sri Lanka for the Asian Development Bank (ADB). For more detailed information on Nepal, the report can be accessed here.