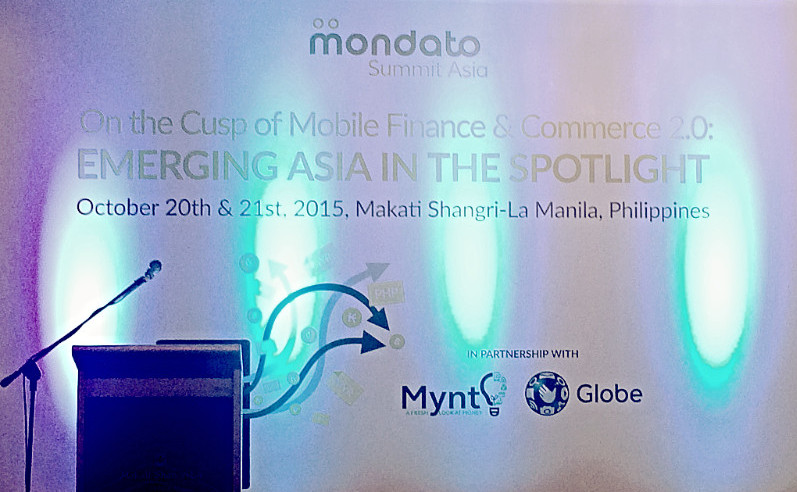 Mondato Summit Asia welcomed approximately 150 participants from 'Emerging Asia', including the Philippines, Cambodia, Thailand, Singapore, Bangladesh, Pakistan and elsewhere, who braved the threat of typhoon Lando and gathered at the sophisticated Shangri-La hotel in Manila to explore the latest concepts and use cases in the mobile finance and commerce (MFC) ecosystem in the region. There was no shortage of thought-provoking and challenging presentations and panels from industry and public sector luminaries, as they all grappled with the question of whether Asia was on the cusp of 'MFC 2.0'.

The conference opened with Mondato’s CEO, Judah Levine, who explored the transition of Mobile Financial Services (“MFS”) into a Mobile Finance and Commerce (“MFC”) ecosystem, and highlighted potential ways in which this transition is taking place in Emerging Asia. In so far as the MFC ecosystem represents a convergence of parts of other industries, principally telecoms, technology, banking, and retail, Mr. Levine noted that players would benefit from having relevant competencies in most if not all of these areas, or seek out complementary partnerships, to compete effectively in MFC.

The morning’s keynote was presented by John Rubio, President and CEO of Mynt, who focused on how to serve the underserved with innovative financial services. Rubio concentrated on the opportunity currently presented in the Philippines: 115% mobile phone penetration but only 25% banked population, and 40% of municipalities having no physical access to the formal banking system. Mr. Rubio provided vivid examples of how financial technology and key partnerships (e.g. Lenddo and Pure Gold) can remedy the current shortcomings in the ecosystem and successfully digitize cash, extend credit and equalize access to capital.

Remittances are a key product for the bottom of the pyramid, and Eric Barbier, CEO and Founder of TransferTo, addressed how to grow this market, one that is particularly important in the Philippines. He focused on the simplification of mobile money remittances through the use of unregulated services such as international mobile airtime (see previous Mondato Insights on the subject here and here).

Continuing on the theme of ecosystem development, Lara Gilman, the GSMA's Mobile Money Market Engagement Director for Asia, highlighted Asia's healthier product mix for mobile money in comparison to Africa. This is already creating an ecosystem that drives profitability for stakeholders, who then may be able to seize new opportunities by overcoming regulatory barriers, creating new business models, investing in collaborative action, focusing on innovative use cases, and supporting interoperability.

Collaboration was also a central theme of the panel entitled “Building Strategic Partnerships, while Protecting Competitive Advantage,” moderated by Tom Wills, Director of Ontrack Advisory. The panel, which included from Anwaar Ahmed from Soneri Bank, Manzar Rahman from Robi Axiata, Kai Kux from Asia Venture Group and Suhair Khan from Google, provided examples of how partnerships were crucial to understanding local markets, achieving sustainable volumes, soothing regulatory concerns and, even in some instances, facilitating taking risks outside one’s comfort zone. And in a reprise of a theme that has frequently been heard at Mondato Summits in both Africa and Asia, the panel agreed that stakeholders need often to collaborate with “frenemies”, as ultimately everyone benefits from ecosystem expansion and the resulting new ideas and solutions.

Google and Mynt representatives (Suhair Khan and Anthony Thomas) spoke about their ‘out of the box’ collaboration in the education sector in an afternoon presentation entitled “Financing for Education.” By providing loan solutions for students and teachers that allowed them to purchase Chromebook devices for e-learning, the partners are aiming to make education more affordable and effective, especially in light of the lack of resources in many developing world contexts. Ecosystem was again the buzzword, as the initiative is bigger than the sum of their concerted efforts to create an enabling ecosystem for users that will ultimately profit both their businesses further down the line.

The day also showcased other lively panels, from the keynote that focused on “Cross-Border Partnerships: Fostering Innovation and Driving Ecosystems” to “Regulatory Considerations and their Impact on Mobile Money” moderated by Mondato’s Ariadne Plaitakis and featuring Lara Gidvani from the GSMA, Rochelle Thomas from the Bangko Sentral ng Pilipinas, and Don Nino Santos of Globe Telecom that highlighted the Bangko Sentral ng Pilipinas’ exemplary “test and see” approach to regulation.


If collaboration was the buzzword during the opening day's proceedings, then innovation was definitely on everybody's lips for Day Two. The morning’s sessions focused on leveraging digitization to realize new revenues stream, while a lively embedded payments panel discussion focused on the e-commerce potential of SE Asia, with participants from ZALORA, Uber and Nikaia Ventures highlighting not only the commercial costs created by cash, but also the challenges faced in rolling out integrated payments in economies where cash is still king (to the tune of 90% in Manila). Online merchant ZALORA reported that the majority of its customers purchase with cash on delivery in SE Asia while Uber, which currently only accepts credit cards, is considering cash payment to ramp up its user base given the low penetration of alternative payment instruments.

After hearing from Gabby Dizon of Altitude Games on the gaming opportunity in SE Asia, Gigi Gatti, Director for Asia of the Grameen Foundation, focused on innovations beyond the base of the pyramid (”BOP”), and in particular how technology and partnerships have changed the focus of their pan-Asian activities. Ultimately the key, according to Gatti, is to develop a model for long-term sustainability using business and financial models that allow each stakeholder to focus on what they do best so as to limit needless competition in a partnership and ensure smooth coordination. In particular she stressed the need for patience when entering the BOP market.

Xavier Marzan, President & CEO of G-Xchange (GXI), then provided take-aways from their experience in the mobile money market, noting that mobile is the primary digital touch point in emerging countries for consumers and that the rise in MFS is driven not only by mobile tech, but by poor physical infrastructure, and low formal financial inclusion. Marzan argued that MNOs need to get smarter on driving adoption in mobile money, by investing in seamless UX technology and customer education, and by focusing on “use case’ ecosystems and key user demographics.

The day ended with the announcement of this year’s Mondato Summit Asia Award winners:

Mondato DF+ Social Impact of the Year Award for MFS in Emerging Asia: 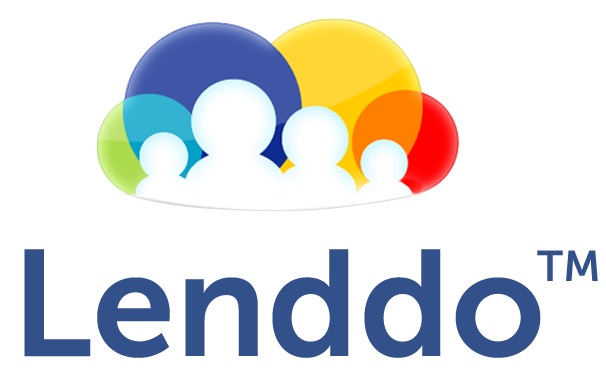 Undoubtedly, Emerging Asia is standing on the cusp of a rapid transformation as a result of the financial and commercial connectivity offered to formerly unreachable consumers by mobile phones. The rise of cheap smartphones and the massive popularity of social media mean that Southeast Asia's millennials are demanding and driving change in the MFC ecosystem at a pace that has never been seen before. And although it is often Africa that hogs the limelight, when MFC 2.0 properly bursts onto the scene, the Philippines or another market in Southeast Asia are likely candidates to be the venue. Both innovation and collaboration are becoming deeply rooted in the region, and the fruits that the intersection of these two key components may bear is a very exciting prospect indeed.

"In the Philippines we have the opportunity to turn every sari sari store into a payment center." — John Rubio, President and CEO, Mynt

“MFC is about engagement occurring in a market place, then capturing, analyzing and acting on the resulting data.” — Judah Levine, CEO, Mondato

“Beep Card can be Philippines' trigger to make fintech take off. It passes the "toothbrush test" (used twice a day, every day).” — John Owens, Chief of Party, USAID/E-PESO

“In e-commerce in Asia, one can’t take one big step, but rather lots of small ones”. Dean Krstevski, COO E-Commerce, Ascend Group

“Everyone likes to buy, but no one likes to pay, the key is to make payment seamless”. Jean-Claude Donato, Investor & Partner, Nikaia Ventures

“Bank tellers will be the telegraph operators of the 21st century when we look back in a 100 years." Dan I. Siazon, Senior Vice President & Treasurer, Kickstart Ventures

Back to the Drawing Board?