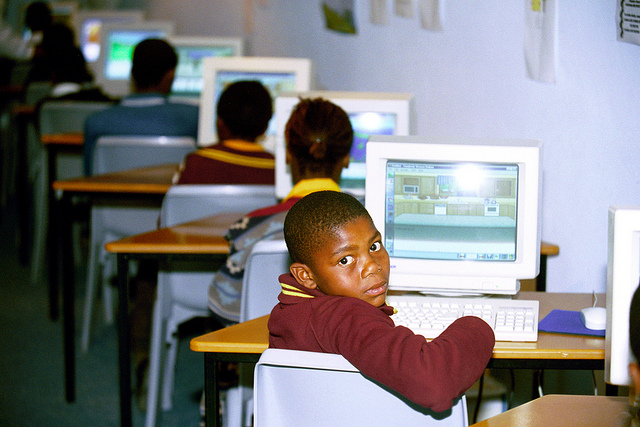 The rest of the world is slowly waking up to the fact that the digital revolution is not a luxury for the developed world, but also a necessity for developing economies. Digitization is helping African nations overcome traditional deficiencies in capacity, resources and capital by allowing it to leapfrog analogue precursors and dive straight in to the digital era. Mobile phones are central to this revolution and are helping harness the creativity and human capital of Africa to create mobile and digital solutions to African problems, rather than attempting to simply adopt, adapt and digitize European and American ways of doing things that evolved on different continents in a quickly disappearing analogue era. Mobile money is a prime example.

But, at the end of the day, mobile money, like any other form of money, is a means to an end. With perhaps the odd exception, for whom the accumulation of wealth is a hobby, passion or even an addiction, for most people in the world money is attractive because of what you can do with it. It offers the ability to purchase food, shelter, literacy, leisure, travel, security and just about everything else you can imagine. As the saying goes, "everything has a price."

Poverty in Africa is clearly a major problem, with approximately two out of every five people in sub-Saharan Africa surviving on less than US$1.25 per day - down from 56% 25 years ago. For those at the Base of the Pyramid, mobile money and associated GSM technologies offer the opportunity to do things that were previously difficult or impossible: have an electricity supply; have a well-maintained water source; be able to afford school text books for their children. These sorts of advances, labelled 'Digital Finance Plus' by CGAP have the potential to make huge advances in the development of many impoverished countries, and rightly receive much attention.

The flip side, however, (and without sounding like it is a statement of the obvious) is that 57% of Africans do not live in poverty. The vast majority of these individuals are by no means wealthy, and so may still lack access to formal, or relevant, financial services. For these individuals also, mobile phones offer new possibilities in all sorts of ways: mobile financial services, m-commerce, and social media. And, of course, they offer a host of new opportunities for entrepreneurs and innovators in Africa to cater for their needs, to enable to do the things that they want to do with their money, in environments where cash-based solutions would never have got off the ground.


Zimbabwe is an interesting case in point. Wracked by hyper-inflation, several years ago Zimbabwe abandoned its own currency in favor of a number of major foreign currencies, including the U.S. dollar, pound sterling and South African rand. A shortage of coins in circulation created a use case for mobile money that few could have anticipated, but for which it was well-suited: the provision of small change. The struggles of the country's banking sector in face of very challenging headwinds helped further catalyze innovation in and adoption of the mobile channel.

In Zimbabwe, mobile finance and commerce has expanded into a broad sections of the economy, as Agrippa G. R. Mugwagwa, Executive Director - Retail Banking & e-Commerce at FBC Bank explained recently in an interview with Mondato Insight. As well as basic wallets, the mobile channel is being used for prepaid power, internet banking, and even subscription television. This is being facilitated by co-operation and integration between third parties, banks, MNOs and payment providers (see a recent Mondato Insight on the importance of open APIs here.)

In addition to APIs, the ability to connect a mobile money platform to the national banking system plays an important role in promoting innovation. Telecel Zimbabwe's Mobile Financial Services Executive, Arthur Matsaudza emphasized in a recent interview the importance of linking Telecel's mobile money platform, Telecash, to the national switch. This not only meant that Telecash wallet-holders could be issued with a debit card (see here for Mondato Insight's take on the role of mobile-linked payment cards), but by not putting market segments into silos (bank account holders versus mobile wallet holders) and instead allowing consumers to move money from account to wallet and back as best suited their needs has fostered a proliferation of use cases. Additionally, in a country such as Zimbabwe that has a large diaspora, Telecash's capacity to connect to Zimswitch facilitated international remittances from South Africa, Botswana, the UK and elsewhere, that currently contribute around 6% of the country's GDP.

Moreover, Mr. Mugwagwa emphasized that Zimbabwe, like many other sub-Saharan African countries was on the verge of a wifi-enabled smartphone and app innovation explosion. With the exceptions of South Africa and Kenya, Twitter has not caught on, as yet, in the region to the extent that it has else where (Southeast Asia, for example), but Facebook is making big inroads in its own right, and through its subsidiary, WhatsApp (see a previous Mondato Insight on the potential role of messaging apps in the mobile payments ecosystem here.)


Across the continent, technology hubs, in most people's minds associated with the likes of Silicon Valley, Boston and London, are now cropping up, first in Nairobi, and now in the Johannesburg suburb of Braamfontein. But if African innovators don't like the sound of the Jo'burg suburbs, they may be able to board the Venture Bus, along with 200 other entrepreneurs. The result of a collaboration between Microsoft 4Afrika and AMPION, these up-and-coming innovators won't complain about having to travel coach as they will enjoy on-board mentorship and over the course of a week visit a number of tech hubs where they will receive further input and advice from experts in the field. Support continues well beyond a one-week jolly on a jitney, and the entrepreneurs remain connected with the mentoring program via (Microsoft) online communication platforms such as Yammer and Skype.

Possibly inspired by the success of M-PESA, payments is one area where Africa really is buzzing. It's also the area that no-one, anywhere, has fully, properly cracked, from the MFC perspective. As Charles Niehaus of the IFC told Mondato recently, merchants don't want to have to sign multiple agreements with half a dozen payment providers. His comments echoed a statement from Olugbenga Adams of FirstBank Nigeria at Mondato Summit Africa 2014, when he observed that a shopkeeper doesn't have the time to explain to a customer how to use mobile money - he would rather just sell him the loaf of bread for cash. Nonetheless, Mr. Niehaus felt that product innovation was deepening the roots of the ecosystem and leading to more sophisticated products, helped along by a clearer regulatory environment and increasing interest among governments in digital disbursement of salaries and benefits.

Conceiving of mobile money as a platform, as CGAP does, is a good way to understand the role that mobiles can play, and are playing, in creating a very African culture of innovation that sets out to meet very African challenges. But rather than this platform being just a base, it is even better to think of it as scaffolding, from behind which the first truly great African digital design -- a killer mobile payments system -- emerges.