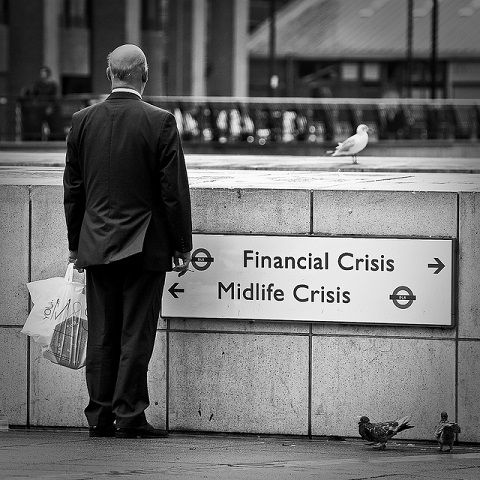 The world is holding its breath, waiting to see the effects of a further Chinese economic slowdown. Clearly China cannot continue growing at such high rates, its economy fueled by debt, not to mention its structural problems. On the other hand, Britain is considering leaving the EU, creating ambiguity in Europe. The next economic downturn will most likely not look the same as the 2008 financial crisis or even the 2000 dot-com one. But one thing is certain - consumption and investment will slow down. In a series of two articles, Mondato will explore the effects of an economic downturn on digital finance and commerce in developed and emerging markets.

Fintech arguably emerged from the ashes of the 2008 global financial crisis, as banks stopped lending and individuals started turning elsewhere for their financial services. The smartphone and an omnipresent access to Internet have both clearly changed consumer behavior and expectations, allowing Fintech to explode on the scene. However, with the fast approaching next economic cycle, we ask how Fintech, a sector that has never been tested by an economic downturn before, will be affected.

Not all economic crises are created equal, as they each have unique underlying causes, symptoms and “cures”. One thing they have in common, however, is that during an economic downturn, investment and spending decrease, as per basic macroeconomic theory.

Since we expect investment and consumer spending to decline, the effects of an economic downturn would impact the Fintech business-to-business (B2B) and business-to-consumer (B2C) businesses. What will happen to such businesses when people’s disposable income shrinks and investors and tech buyers such as banks and MNOs cut spending? Will they fare better than traditional providers whose very existence they challenge? Or will consumers increase their use of these cheaper alternatives and abandon the financial establishment?

Fintech relies on traditional finance for investment almost as much as it tries to challenge it in the market. Banks have been increasingly investing in Fintech as we previously covered here, although not to the same extent as VCs. If institutions and individuals have less to invest due to the downturn, so will VCs and banks.

“Investors market is emotional. Early stage investors are very sensitive to exits and even though valuations should not be impacted, in practice they will be, affecting investment in start ups. Later stage investments would be impacted by a potential crisis as well because they are driven by short term exits within the same business cycle and macroeconomic environment would impact investment decisions in terms of value and how long it takes to exit,” shared Mike Laven, CEO of Currency Cloud, in a recent interview.

An innovation executive from a global bank shared similar sentiments with Mondato during a recent interview: “Depending on the type of crisis, it would not have a direct impact on our ability to innovate. However, there will be less money to invest and we do not need a crisis to see that. Valuations are too high and we need some sort of adjustment. VC cannot continue investing into C rounds of pre-revenue companies.”

Investment in Fintech will slow down as result of the global gloom. And as we wrote previously, B2C services that are not solving any real problems are already seeing a decline in investment. However, there is surge of interest in B2B businesses that look to increase efficiencies and decrease cost such as using blockchain to power inter- and intra- bank transfers.

“With enterprise products there is no sense in selling a cost control product in an up market, and you cannot sell a business expansion product in a market that cares about cost controls,” Mr. Laven noted.

The revenues and spending of Fintech buyers such as banks, MNOs, retailers, and PSPs, usually decline during economic downturns. Thus we are likely to see a decrease in institutional purchases of software and investment of technology, but not a complete shutdown, as Fintech buyers would still be looking to buy technology for increased efficiency, regulation compliance and cost reduction.

“When heading towards a recession, companies are looking for ways to be more productive and are more careful with expenses, thus demand for back-end solutions should grow,” confirmed Mr. Ruiz, Managing Director
Fintech Acceleration, Business Development Global Head and Digital Bank Head for Latin America at Citi.

The effects of an economic downturn on the consumer- oriented Fintech providers would be the more interesting area to watch, as Fintech has been challenging the traditional model with the benefit of less regulation.

Users are less likely to spend when times are hard, which would potentially impact payments start-ups dependent on transaction fees. We may therefore see less focus on mobile wallets, bolstering users’ reluctance to adopt. Equally there may be less recourse to digital currencies.

On the other hand, personal finance management (PFM) providers may see growth, as people look to manage their finances better. Remittances also may be able to weather the bad times as immigrants tend to continue sending funds home when the receiving currencies are cheaper and needs in countries of origin are dire (which we will look into with more detail in our part two of this series).

One of the most volatile sectors of Fintech is peer-to-peer lending, which puts together investors and borrowers via an online platform, often with attractive loan rates but without Central Bank protection from default.

“Fintech could be hit very hard. For example, a crisis will have a negative impact on P2P lenders because there will be credit losses and it could be pretty ugly depending how difficult the crisis is,” according to the innovation executive Mondato recently interviewed. How will companies such as The Lending Club, with the largest Fintech IPO ever, fare in tough times?

Ex-regulator Lord Adair Turner recently predicted big losses in peer-to-peer lending, creating an uproar in the community. Lord Turner claims that investors are lending money to not well-vetted borrowers, who are not being properly risk-assessed and may have been rejected by the banks, setting up a house of cards.

Evidence by peer-to-peer lenders suggests that default rate is only 1% to 3%. However, as we all know, past performance does not predict future performance, and Fintech has not yet been through an economic downturn. In the past we have seen that credit card defaults increase in economic crisis when people lose their jobs. And P2P lending is much riskier, as there are no government backed guarantees, leaving users to bear all the risk.

“A financial crisis could present an opportunity for P2P lenders to become more sophisticated. The platforms that survive would become stronger than before, as they would have proven that they have a solution that can weather a crisis”, summarized Mr. Ruiz on a more positive note.

Survival of the Fittest

“When the market is doing well, there is more room for inefficiencies. However, if the economy slows down, whoever is the most efficient and has the best product will always win. The strongest will survive.” added Mr. Ruiz.

A slowing global economy will clearly weed out losing value propositions in Fintech and help valuations to become more realistic. It may also test whether the new Fintech model works better than the tried and tested brick-and-mortar one. But it is not a one sum game. The effects on Fintech may be negative in the short-term in terms of revenues and investment, but the crisis could bring much needed consolidation and clarity to the space, so that it can emerge even stronger. And that may be the crisis’s silver lining.

The Looming Impact of Alternative Credit: Do Banks Need a Lending Hand?

A New Kind of Egyptian Revolution