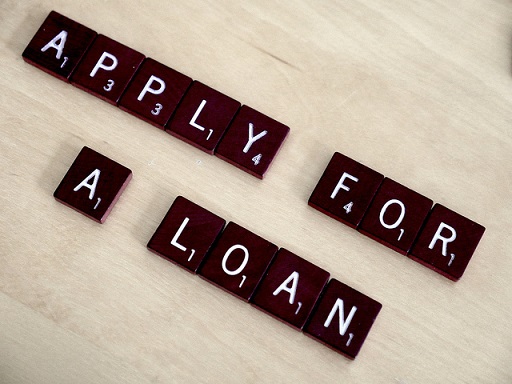 As the payments space becomes more competitive, and a range of players from tech firms and retailers to start-ups and operators offer innovative and alternative payment options, traditional financial institutions are seeing the impact of these Fintech competitors on their bottom line. The competition has expanded beyond payments and has begun to aggressively encroach upon the credit and lending sphere.

With an estimated 1,300 companies currently operating in the alternative lending ecosystem, the space is becoming more complex, crowded and competitive. Although previously considered a business model targeted at the Bottom-of-the-Pyramid (BoP) populations in emerging markets, alternative credit schemes are gaining more traction globally. Yet currently, these lenders are competing for a modest 1% of the total lending market. In this context, what are the growth prospects of these alternative credit schemes in both emerging and developed markets, and how are banks responding?

Emerging Markets: It’s All About the Data

The kernel of alternate credit is the different types of data that can support the credit decision. Given that less than 10% of low and middle-income markets are registered in public credit bureaus, and even when data does exist, it’s often inadequate or incorrect, there is clearly a substantial need for such new pieces of data to enable financial and economic inclusion in the emerging world.

Alternative credit data includes non-financial payment reporting data, such as telecom, energy or social data, to determine the likeliness of whether a borrower will repay a loan. The right compilation of alternative data can accurately judge more than 50% of previously unscorable credit applicants in the United States alone. With 90% of the world’s data having been created in the last two years and the number of people with Internet access having tripled, inexpensive and accessible credit-relevant information is now easier to obtain.

Still there are many people in emerging markets who are not yet online. In this context, psychometric data, which does not rely on third-party information providers like telecom or social data, is key. Professor Shachar Kariv, co-founder of Capital Preferences, has, for example, created a simple game to assess risk preferences and the quality of an individual’s decision-making that can be used to inform financial advice or credit for those without any financial or digital footprint. Although this may sound like a risky endeavor, he explains, “the economics [of our business] concerns the improvement of people’s well-being. If their well-being improves, financial well-being is an increasingly larger part of that because many problems can be solved by money. If you can improve their welfare, there is money to be made.”

Recognizing the opportunity of telecom’s mobile data, and based on a vision of financial inclusion, Kenya Commercial Bank (KCB) and Safaricom recently partnered to launch a mobile microcredit product targeting the low to middle-income population in Kenya. The loans go up to 1,000,000 Kenyan Shilling (KES), which is equivalent to approximately US$10,000. Within less than a year of operation, KCB has acquired over 5 million customers loaning over $75 million dollars. Avi Mitra, Chief Information Officer of KCB, reported that the bank has been impressed with the repayment rates, explaining that micro-loans provide an extremely viable market. Although the loans may not be very large, the volume of the loans makes them profitable.

Increasingly, operators are seeing the benefit of partnering with banks and micro-insurance institutions to offer enhanced services to their customers. Indonesia’s Indosat Ooredoo collaborates with alternative lenders, micro-finance institutions – as well as banks - to package consumer data (with the consent of the consumer) for credit scoring – both for the purpose of financial inclusion as well as to promote entrepreneurship among consumers.

Although many banks claim that these alternative lenders are having no impact on their market share, a recent study asserts that it is increasingly difficult for traditional lenders to find and attain new customers. Only a handful of banks understand that the “unbankable” could create a new market of borrowers. Newfound access to credit could create a new viable market for alternative lenders, and in the meantime, existing borrowers will be enticed by more attractive value propositions.

Is this market ripe for disruptive innovation aka the Clayton Christensen model? In Christensen’s “Disruptive Innovation Model”, incumbent companies deploy higher quality products to satisfy the more profitable percentage of the market, while overshooting the needs of the low-end customers – as well as a mainstream chunk of the market in the process. Christensen argues that this creates an opportunity for entrants to find “footholds” in the less-profitable segments that are currently being neglected. Sound familiar?

According to this model, the low-end or new-market footholds can be a prime area to drive wider innovation and disruption. Although alternative lenders may not yet appeal to mainstream consumers with good credit history, they are creating a new market in the “unbankable” – as well as attracting borrowers with limited credit information. In the process of servicing the lower-end consumers, these service offerings must meet certain standards of cost and timeliness, which in the context of credit and loans, may appeal to mainstream consumers as well. Although looser lending standards may also result in defaulting loans, as traction gains among more creditworthy customers, repayment rates and product performance may improve – thereby threatening the traditional financial institution’s lending business.

Although many banks are not convinced of the rise of alternative lending, there seems to be little debate over its very imminent impact. The 2015 World Economic Forum recently published that alternative platforms will have a significant effect – and are thus a potential threat - to the traditional lending market. Further, according to the Financial Times, 2016 may be the year where alternative lending becomes mainstream.

Last year, for example, the former Secretary of Treasury for the United States, Larry Summers claimed that alternative finance companies – lending and credit included – would generate 75% of “non-subsidized small business loans” and 30-40% of direct consumer lending with 10 years. Although today alternative loans only account for 2% of small business loans and between 5-10% of consumer loans, the trend is clear given the strong potential of the value proposition.

Alternative lending is already perceived as an investment opportunity in developed markets. As shown by recent acquisitions and investments of alternative lenders such as OnDeck, Prosper and Lending Club, the potential of these services is being recognized as translating into major profits for those who invest.

Interestingly, in the United Kingdom alternative lending is even getting a boost from government, which has legislated a mandatory process for small-to-medium sized businesses (SMEs) to be introduced to alternative lenders if rejected for finance by UK banks. As governments increasingly encourage alternative lending, systems and services will become more institutionalized, generating more interest from borrowers.

A recent report by Omidyar Network proves that in developing markets alike, the use of alternative data is offering faster, less expensive and more effective credit for those who were previously nonexistent to the financial services industry. In emerging markets, this means an entire new segment of customers. According to their research, the incorporation of alternative data will add 325 to 580 million customers to the current addressable credit market across the world’s six largest growing economies (China, Brazil, India, Mexico, Indonesia and Turkey).

Lend Me Your Ear

As competition increases, banks are stuck in a regulatory environment that will make it difficult to innovate or evolve. In the cases where regulation acts as a barrier, the acquisition of an agile alternative credit company would allow for less restrictive movement in the digital financial services sphere. And even incumbent banks that have difficulty innovating from a cultural perspective can find solace in strategic partnerships that will allow them to respond to the dynamic and rapidly changing market demands. Banks have much to offer alternative lenders– reputation, operating licenses, access to capital, and a wider customer base – so they can potentially benefit from such alliances.

It’s only a matter of time before alternative lending and credit disrupts the traditional model, gaining mass-market popularity globally. Those who have worked to integrate, invest in or develop an adaptable approach will be the best positioned to take benefit.

© Mondato 2016. Mondato is a boutique management consultancy specializing in strategic, commercial and operational support for the Digital Finance and Commerce (DFC) industry. With an unparalleled team of dedicated DFC professionals and a global network of industry contacts, Mondato has the depth of experience to provide high-impact, hands-on support for clients across the DFC ecosystem, including service providers, banks, telcos, technology firms, merchants and investors. Our weekly newsletters are the go-to source of news and analysis in the DFC industry.

Image courtesy of Lendingmemo CC BY-2.0 /

Survival of the Fittest - How Will Fintech Fare in an Economic Crisis?