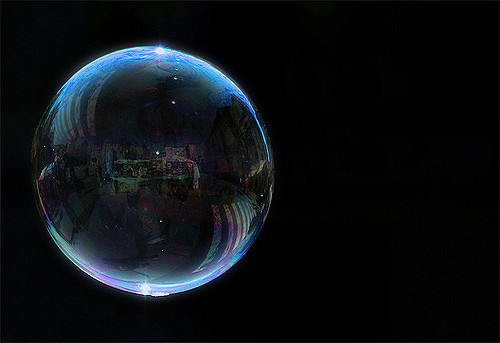 When Square raised 25 percent less capital than their target at their initial public offering (IPO) this past November, some perceived this as yet another sign that Fintech valuations are too high. Square’s shares have fallen 30% since November and investment in Fintech during the fourth quarter of 2015 was 47% down from the previous quarter. Given the disturbing numbers, should we be weary of a Fintech investment bubble?

“The hype is coming down”, proclaimed Matt Harris, Managing Director at Bain Capital Ventures, at Money 2020 in October. “We are starting to enter a trough with the exception of a few areas. Investors and providers are getting tired of mobile payments that seem to never deliver.” And he may be right if we judge by the slowdown in Fintech investment during the last quarter of 2015, the value of Fintech deals in the fourth quarter of 2015 was 47% down from the previous quarter at USD2.21 billion.

However, this is not what all the numbers are showing. Investments into Fintech in 2015 reached USD12.2 billion, more than double the total for 2014. The number of funds, incubators, accelerators, and innovation labs is growing. And while some organizations are independent, such as Startupbootcamp FinTech, a Fintech accelerator in Singapore and London, others are backed by major stakeholders such as telecom operators, e.g. Kickstart Ventures, a fund backed by Globe, or Wayra, Telefónica’s own accelerator. Tier-one banks such as HSBC, Barclays and Santander also have their own funds and tier-two banks such as Bank Mandiri are entering the space. And not to be left out, African banks and MNOs are also getting some skin in the game too, with Standard Bank launching its incubator in Johannesburg earlier last year, while MTN launched an ICT incubator last April.


The wave of Fintech investment is truly global. In Asia-Pacific, investment in Fintech skyrocketed from USD880 million in 2014 to USD3.5 billion in just the first nine months of 2015. In fact, one of the main challenges in the region is good quality deal flow, as investors cannot always find appropriate companies to invest in, said Richard Eldridge, co-founder and CEO of Lenddo, an alternative-lending platform.

Part of the problem is the fact that ecosystems in the region are new. To help overcome this, governments have been instrumental in fostering growth, pushing grants and investments sweeteners. SPRING Singapore is an agency under the Singaporean Ministry of Trade and Industry responsible for helping the tiny island nation’s enterprises grow. The Monetary Authority of Singapore (MAS) announced in August the formation of a new FinTech & Innovation Group (FTIG), aimed at fostering innovation in the financial sector. In September, Securities Commission Malaysia launched the “Alliance of FinTech Community” (or “aFINity@SC” – they may need to work on the name) to create a stable ecosystem for the promotion of Fintech innovation in the country. Other governments in the region are launching similar initiatives. Cash is clearly available for early stage startups in Asia. Startups raised between half a million and $2 million seed capital quicker in Singapore than in London, as according to Markus Gnirck, co-founder of Startupbootcamp FinTech.

Africa is Not Faring so Well

Although some of Africa’s telco and MNO big beasts are getting in on the act, unlike in Asia, African governments appear to be making few attempts to lead the way and help the startup community, especially in the ideation and seed stage. Despite the fact that most BOP access-to-finance innovation is happening in Africa, African markets are not as rich or as large as Asia’s and, naturally, not yet as attractive to investors.

Furthermore, raising seed capital in Africa is once again becoming difficult. For example, the 2012-2014 Kenyan Fintech investment surge, largely fueled by the success of mobile money, has slowed down. And while there is still some money going into African startups, whose business model revolves around mobile money, venture capital firms are not seeing the expected returns. Series A and B investment is doing rather better, however. Paga Nigeria recently completed their Series B financing, raising USD13 million.

“There was a surge in investment in 2012 in Kenya: a combination of strong efforts from government and the private sector.” Kyai Mullei co-Founder & CEO of M-Changa, a personal mobile donations platform in Kenya, told Mondato Insight in a recent interview. “In 2012 it was easy to raise USD30-50K at the ideation stage.” However, seed funding dried up in 2014 when monetization proved to be a challenge. Many companies did not make it and there was a general weakening of investment money because of the lack of star exits. “There is no appetite for less than USD1 million in investment in Fintech, even in South Africa” observed Mr. Mullei.

Fundraising is Relationship Driven at the Early Stages

“Early stage, raising USD1 million or less, is tough even in Silicone Valley, without a great network” noted Stephen Forte, Managing Partner at Fresco Capital in a recent conversation with Mondato Insight. Similar sentiments were expressed by Chance Barnett, CEO of Crowdfunder. Fundraising is relationship-driven and location-dependent. At the early stage, where there is often lack of historical data, raising capital can be more about how well you present and who you know, according to Mr. Barnett.

Unsurprisingly, having social impact investors or getting grants from philanthropic organizations, such as Omidyar Network, and Bill and Melinda Gates, can mitigate the problems associated with raising seed capital. Once the representatives of such organizations are on the board and/or part of the management, it signals to other investors that the business is serious. This also helps to drive both the culture of the firm and its understanding of the industry, while their wider network of contacts is not to be dismissed either.

Once a company obtains over a million dollars in investment, showing that the business is potentially viable, raising capital becomes easier. The best scenario, as advised by Mr. Forte, is to raise the first round through personal and extended networks. It is definitely not easy, but is somewhat easier in a home market than overseas. After that it all comes down to all same metrics, whether for Fintech or for other tech companies.

The ‘Next Big Thing’

Investment in Fintech is not drying up, but rather is changing in nature, and we are going to see a greater variety of players coming in the space, particularly as the definition of Fintech becomes wider. For example, startups are working with utility companies on big data, which will inevitably draw in more money from that sector. Matt Harris, in a presentation at Money20/20, explained that there is increasing interest in Blockchain and insurance tech. Peer-to-peer lending, digital wallets, crypto-currencies, and crowd funding in developed markets have all slowed down, but blockchain, cloud and cybersecurity are the next frontier. Such sentiments were shared by Stephane Dubois, founder and CEO of Xignite, a market data cloud platform, in conversation with Mondato Insight.

Most of the Fintech startups have been in the B2C space, using existing banking infrastructure to provide a better experience. However, consumers do not appear to have been extremely impressed by their innovation, and seem content with the level of service offered by their existing providers. According to Mr. Gnirck, consequently we should be looking forward to some degree of consolidation in consumer finance by tech giants, starting with Google and Alibaba, and consequently there should be a push for B2B products to improve processes and efficiencies in developed markets.

Investment in Fintech is growing as the industry is widening by including new players. A larger selection of investors will now look to invest as Fintech expands its reach and touches on more sectors. There may be overvalued companies and we will in all cases see market correction, especially when the next economic cycle starts, but this does not mean we are experiencing a bubble. Rather, we are witnessing the ebb and low of investment in the light of market expansion, as Fintech is changing and expanding.

PSD2 - Part Two: Are You Sure You Know What It Means For You?