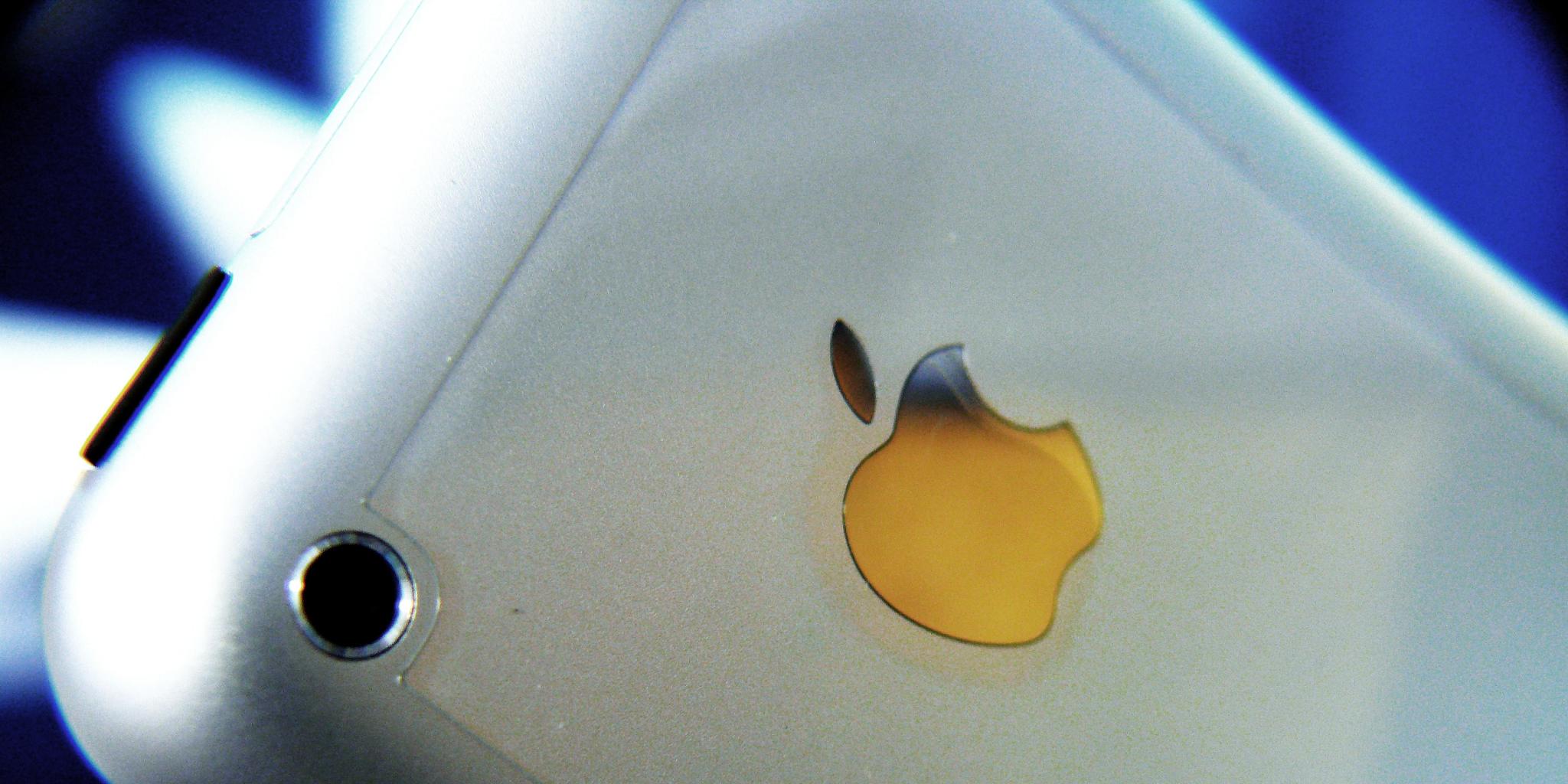 In developed economies the mobile money ecosystem looks rather different from that of emerging markets, where MNOs are often in the lead role in mobile money deployments. In Europe, North America and other advanced economies, MNOs have struggled to make much of an impact. As Mondato noted back in February when Telefonica-owned O2 announced the demise of its O2 Wallet, as payments players such as PayPal and financial institutions with whom consumers have pre-existing relationships entered the mobile app and wallet space, O2’s business model simply did not work. Since then Britain’s banks have got ahead of the MNOs in what in East Africa is their own game through the collaborative Paym mobile banking app.

Even without the misfortune of sharing its name with an Islamicist jihadi movement, in the US the MNO-led Isis wallet failed to make a significant impact. Much more commonly, on both sides of the Atlantic banks have been able to tap into the trust that customers have in them to persuade them to use mobile banking apps, requiring only small behavioral change from customers well-used to online banking. This also offered a clear value proposition to the consumer in the form of the convenience of managing their financial affairs on-the-go and from pretty much anywhere. It is little wonder that MNOs struggled to compete

Is The Future Bright?

Taking the longer view, the outlook for MNOs and their role in the MFS space in developed markets does not get much brighter. Until recently, a potential revenue stream for MNOs in one mobile money use case – contactless payments – was the necessity for a bank or card issuer to use the secure element on the MNO’s SIM card. A number of developments and trends mean that this is likely to become a thing of the past: Host Card Emulation (HCE) even if not yet proven in a scaled deployment, offers the means to bypass the SIM’s secure element altogether. Even if for whatever reason HCE does not prove to be a silver bullet for NFC payments, it points towards a direction of travel in which at a point in the future some combination of wifi, GPS, beacons, the Cloud tokenization, and an element not yet known, could remove completely the need for a secure element when making a payment transaction. While Square Wallet may have been a failure that both lost Square USD$100 million and tarnished Jack Dorney’s reputation as Silicon Valley’s wunderkind, the basic concept is unlikely to die, as a recent blog post by Visa Europe’s Executive Director clearly indicated.

MNOs aside, however, right across the MFS space, once-clear distinctions are also becoming harder to discern. Amazon has not only started offering online payment services to third parties, but has taken its payment offering offline and is in a head-on challenge to Square and the estimated 122 other similar payment dongles. PayPal, the king of online payments, appears to be undergoing a reverse takeover at the hands of Braintree, the Chicago-based company that handles the “invisible” payments for popular apps such as Hotel Tonight and Uber and which PayPal purchased last year for $800 million. Braintree is also the parent company of Venmo, the P2P money transfer app that has taken America’s millennials by storm, partly through its incorporation of social media. A year ago Venmo introduced Venmo Touch, to facilitate almost seamless mobile payments. Paypal recently launched its own equivalent, imaginatively called PayPal Touch. PayPal is also said to be in negotiations to begin accepting bitcoins, a move that could have long-term significance were bitcoins to become popular among the young demographic who are currently the most enthusiastic users of Venmo.

This rush to take a chunk of the mobile payments pie is not limited to companies that have been lynchpins of m-commerce. As last week’s Mondato Insight observed, Facebook is gearing up to get back into the payments space through either one of or both of its messaging apps, though is likely to face a big challenge from Rakuten and Viber. Although Twitter has so far been resistant towards facilitating payments, co-founder and Executive Chairman Jack Dorsey is unlikely to sit back and watch social media rivals carve up the space between themselves. And, of course, Apple has been at the heart of the now traditional ‘Will They? Won’t They?’ questions about a potential move into MFS.

Apple Marches To Its Own Beat

The speculation over Apple’s intentions has recently reached a fever-pitch amid rumors of a tie-up with Visa, and the iPhone 6 coming with NFC or HCE technology. (Android phones running the KitKat OS are already NFC-ready). Visa’s recent investment of an undisclosed sum in LoopPay, a manufacturer of iPhone cases that can perform essentially the same function independently of the iPhone makes such a tie-up appear unlikely (unless it is part of an expensive smokescreen on the part of Visa and the notoriously secretive Apple, though this appears hardly likely). Furthermore, entering the mobile payments space with an iPhone so late in the game does not appear likely for a company whose brand image is closely tied to invention and originality.

Some queried whether Apple’s commitment to these brand values was waning when in June of this year it announced that it was paying US$3 billion for the headphone manufacturer Beats. It was a purchase that took many by surprise, both for its size and the decision that Apple would for the first time have a non-Apple-branded product among its offerings. A recent Samsung advertisement, though, highlighted the potential embarrassment of a millennial at seeing their parents queuing for the latest iPhone points to a challenge for Apple: in a 2013 Pew poll (admittedly with very small sub-samples) Android phone ownership was 12% higher than iPhone ownership among 18-24 year olds, and it was only in the 45-54 age bracket that Apple’s iPhone is more commonly owned. It is one thing to be young and be seen having the same cell phone as your grandmother; it is something else entirely to be seen wearing the same brand as her.

The purchase of Beats, then, suggests, that Apple feels that going forward it needs the support, or control, of a brand identity that is much younger and cooler than Apple’s has become, particularly when it comes to a “wearable”, and this might be where Apple is headed. In a revealing conversation at D11 last year, Apple CEO Tim Cook, stated that he found wearables “profoundly” interesting, and highlighted the fact that in a room full of 10-20 year olds you were unlikely to find even one who wore a watch. Apple has lodged patents for a watch and registered the trademark iWatch in a number of jurisdictions. To get young people to wear something on their wrists, Cook observed, you would have to have a product that is so “incredible” that they really want it. When asked what company could put something on their wrist that they’d want to wear, Cook replied he didn’t know.

Even if it has lost some of its youthful and edgy appeal, Apple has both the design values and the technological innovation to produce a truly “incredible” wrist-worn computer, which is what an iWatch would be. Were Apple to put it on the market under the Beats brand, promising an unparalleled music listening experience with instant downloads from the iTunes store, include the capacity to conduct NFC payments to merchants or across devices with the flick of a wrist that could only be activated by unique biometric data such as pulse rhythm or vein pattern, guide your shopping patterns and offer discounts using iBeacons, and accept bitcoins, that could be pretty incredible. And it probably wouldn’t appeal to your grandmother.

Trust and convenience are probably the two most important factors in gaining consumer adoption in MFS. An NFC-enabled Apple/Beats watch would easily check these boxes, though of course the mere presence of these two factors will not bring success on its own. Nevertheless, as the rest of the MFS world grapples with how to build scale in mobile wallets and attempts to do so by putting on each other’s clothes, Apple appears to be attempting to stay true to its own brand, while buying for itself a $3 billion insurance policy for accessing the youth market in which it the apple has lost some of its polish. It would be a move in line with Apple’s self-image to take payments out of people’s hands altogether and put them on their wrists, squeezing MNOs out of the picture even further by changing the youth narrative from attention on the computer in your pocket or purse to the one on your wrist. The effect would be to leave the worlds of social media, mobile payments, and smartphone apps scrambling to catch up with a new reality largely of Apple’s creation.

Could Apple be about to change everything, again?

WhatsApp Versus Viber: The Payments Battle of the Future?