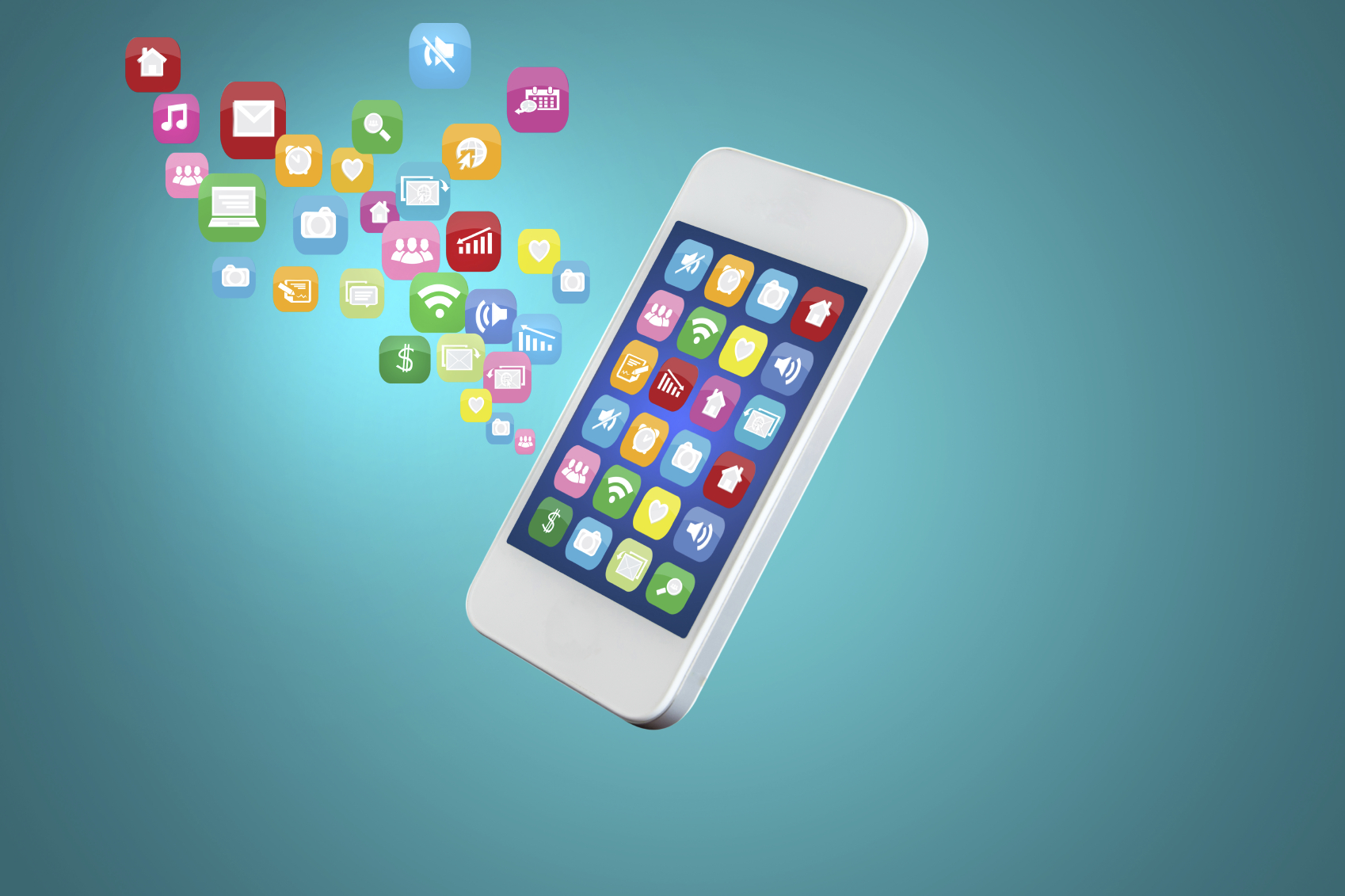 Mobile money is coming to Myanmar – but can it overcome challenges?

At first glance, Myanmar appears to offer the perfect blend of ingredients to develop a flourishing mobile money ecosystem. The southeast Asian country is at a pivotal moment in its history, with recent governmental reforms ushering in a flood of new investment and technologies. Further, a large unbanked population and rapidly-expanding mobile infrastructure present an ideal context for mobile money success.

On further inspection, however, the road towards mobile money adoption in the Southeast Asian country is also one speckled with unique challenges, including lack of trust in formal financial services, still-limited mobile access and literacy, and an evolving regulatory landscape. Mobile money providers will need to navigate these various obstacles to emerge successful.

A snapshot of the mobile money ecosystem

Despite the challenging context, a number of stakeholders have already entered the Myanmar mobile financial services market. Myanmar Mobile Money, which is powered by MoreMagic (Oberthur) technology, was the first live mobile money platform in the country, launched at the beginning of 2014. Although the company has invested heavily in advertising (the logo can be seen on busses and billboards throughout major cities), the platform is not widely used nor widely trusted, and only has about 200 agents nationwide.

Ooredoo and Telenor, which recently won contracts from the Government of Myanmar to build state-of-the-art mobile networks, have both committed to providing mobile financial services. Telenor will initially focus on domestic money transfer services and aims to launch by mid-2015, once they have clarified the regulatory requirements and confirmed their partners, according to Hanne Knudsen, VP, Head of Communications at Telenor Myanmar.

The Ooredoo mobile money platform, on the other hand, is already moving towards a pilot phase that will begin at the end of 2014, according to Tom Newton-King, Head of Mobile Financial Services at Ooredoo Myanmar. The full commercial launch is planned towards the end of Q1 2015, once the core mobile network has had time to build up its customer base. Because Ooredoo is building a 3G-only network, the mobile money platform will be geared towards smartphone users, but mobile money payments can be received via an app, USSD interface or over the counter.

Another promising player in the space is myKyat, an independent mobile money provider that is “telco-agnostic” and thus can be used by customers of any mobile network via either smartphones or feature phones. The company is currently undertaking a pilot phase and plans to launch in Yangon and other urban areas within the coming months. MyKyat will initially target young, tech-savvy students and professionals, who are already familiar with using mobile phones and financial services. Platform features will include P2P, over-the-counter and merchant payments, as well as mass disbursements, though the company plans to expand into additional services and customer groups over time.

A few banks are also trying to leverage mobile technology in order to extend the reach of their banking services. CB Bank, for instance, has created a mobile banking application for their customers, and other banks are in talks with technology providers to establish similar platforms. From banks to telcos, however, many of these companies are finding that launching mobile financial services in Myanmar is fraught with a unique set of challenges, which we will go through in detail.

The *Making Access to Financial Services Possible* (MAP) report, undertaken in 2014 by Cenfri, Finmark Trust and UNCDF, illustrates the existing gaps in access to formal financial services in Myanmar. According to the report, only 30 percent of adults have access to at least one form of formal financial services (credit, savings, insurance or remittances), and just six percent use more than one of these services.

At the same time, the report shows that Myanmar has a “pervasive and sophisticated” informal financial sector. Perceptions of unregulated financial service providers, including money lenders, pawnshops, and hundis (payment brokers) are positive, due to their proximity, flexible operating hours, and negotiable borrowing terms (MAP, page 15). Another reason for this preference towards informal services could be that legacy banks had their assets seized by the former military regime – reducing consumer trust in their services.

Overcoming distrust and disinterest in formal financial services will be an uphill battle for mobile money providers, but some of the current players in the market have already devised creative strategies to overcome this challenge.

MyKyat, for example, plans to initially focus only on payments, rather than more complicated (and risky) financial services. “We are not telling people to put all of their life savings into myKyat – we are just providing a payment solution that is safer than cash,” said Managing Director Thura Soe-Paing, in a recent interview. Further, the company has opted to partner with a trusted bank to guarantee each transaction, and will work with well-known retailers to build agent networks.

Newton-King similarly stressed the importance of building consumer trust. “If the trust is not there, you are dead in the water,” he said, in a recent interview. To build this trust, Ooredoo has a multi-faceted plan that hinges on building strong security systems, testing the safety and security of the platform during a lengthy “soft launch” period, and partnering with one of the most trusted banks in Myanmar – CB Bank. Further, the mobile money team will embark on a robust customer education campaign, riding on the back of the Ooredoo brand to build understanding of mobile money among potential customers and agents.

“That’s really the only way,” said Newton-King. “There are no shortcuts. We need to develop a strong plan, ensure that the right people deliver the right messages, and deliver on what we promise.”

Challenge #2: Building a mobile money ecosystem from the ground up

In many countries where mobile money has experienced unbridled success, such as Kenya or Bangladesh, mobile money providers initially had the advantage of building off the backbone of a strong, existing mobile network infrastructure. In Myanmar, however, this mobile “backbone” is virtually non-existent across large swaths of the country. Mobile penetration is estimated by the GSMA to be 25.5 percent, with only 6.8m mobile connections in a country of 53.5m people.

In contrast to other countries, mobile money in Myanmar will thereby grow in step with mobile connectivity. According to Newton-King, the lack of a massive telco presence is what makes the mobile money ecosystem in Myanmar far different from other contexts, such as East Africa. “Usually you have a telco that is the second-best-known brand after Coca-Cola, and you have a massive telco distribution network that is ubiquitous. That is not the case in Myanmar,” he said.

However, mobile connectivity and agent networks are growing rapidly, due in part to newcomer telcos Ooredoo and Telenor. Both operators have committed to reaching 50 percent coverage by 2015, according to the MAP report. At the same time, Government-backed mobile operator Myanma Posts and Telecommunication has begun to lower prices, seek partnerships and increase investment, to protect its lead in the face of rising competition. Further, the price of SIM cards has dropped from USD $2,000 in 2009 to the government-mandated price of USD $1.50 – making mobile connectivity more possible than ever before.

For mobile money, however, simply improving mobile access is not enough. Providers will need to build agent networks through which users can cash-in and cash-out of their mobile money accounts. For telcos with a still limited footprint, building agent networks for both airtime and mobile money is a huge task and one that will take time.

To avoid overloading airtime agents, Ooredoo mobile money is looking to launch with a community-based company that has a broad nationwide network and over 23,000 points of representation, of which Ooredoo plans to use about 3,000 to 5,000 over four years, according to Newton-King. As Ooredoo network coverage grows, the mobile money team will gradually expand the number of agents, being careful not to dilute the agent value proposition by adding too many agents at one time. Once Ooredoo airtime agents have had a chance to familiarize themselves with the process of selling airtime and SIMs, these agents will similarly be trained to manage mobile money transactions.

MyKyat is also working with partners to build a robust agent network, leveraging the reach of its partner bank. The company is further planning to work with large retailers, supermarkets, university campuses, money changers and other high-liquidity institutions to increase customer touch points.

One advantage of being a relatively late entrant to the mobile money scene is that providers in Myanmar can learn from the failures and successes of other countries. This means that all companies – from Ooredoo to myKyat – are considering ways to make their services interoperable from the very beginning, a lesson that was learned over many years in other contexts.

Ooredoo and Telenor, for instance, both signed an MOU with the GSMA stating that they will work towards interoperability in Myanmar. According to Newton-King, “we all know that the more open the system, the better it is for everybody. It’s better to have 30 percent of a large payments network than 100 percent of a small one.”

However, even armed with this knowledge, realizing interoperability in practice can be more challenging than on paper. Realistically, Ooredoo and Telenor will need to get their services up and running before they can focus on interoperability. In anticipation of this goal, Ooredoo, Telenor and CB Bank have all launched platforms with a standard payments infrastructure, which will make it easier to interoperate when that time comes.

The next mobile money success story?

Myanmar has all of the pieces in place to see exponential success in mobile financial services. Both of the new mobile operators, Ooredoo and Telenor, have experience launching successful services in other countries, and the Central Bank is proactively drafting regulations governing mobile money and mobile banking systems, with Dedicated E-money Issuer (Demi) regulations expected to come into effect in September or October of 2014.

Drawing from the successes and averting the failures faced in other countries, Myanmar has a chance to be the new darling of mobile money, kicking M-Pesa off its throne. But this will take time and patience on the part of providers as they navigate the above challenges.

Taking the Mobile Out of Mobile Money