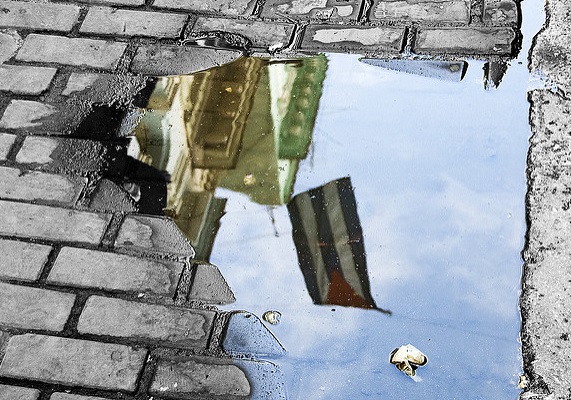 When the gates to Cuba opened up to Americans last year, it was quickly added to many bucket lists – globally – to make sure they could witness it “untouched." With promotional flights to Havana in vogue, Mondato decided to take a look at the potential for digital finance and commerce (DFC) on the Western side of the island, as its doors begin to open slowly. While there are certainly quite a few cracks, Cuba seems to represent the “Wild West” for the digital world – awaiting pioneers willing to chart their territory in this complex and quickly developing market.

The State of Affairs

In most emerging markets, cash is still king, but in Cuba, cash is more than king, it’s also queen, prince and toilet flusher. Thus the first point of business upon arrival is to change money. ATMs only distribute a maximum of 150 CUC (the Cuban tourist currency, worth 25 times the local currency, CUP), which is the equivalent to approximately $150, plus the 3% conversion fee. Credit cards are generally not accepted at all, with the exception of a few touristy stores and major hotels. American credit and debit cards are not accepted at all. Needless to say, tourists bring wads of cash to be converted to avoid being stuck with not enough money. So upon arrival in Havana, a plane full of wide-eyed Europeans waited in line to have money exchanged at the only counter located outside of the airport. While in line, taxi drivers negotiate tariffs for a lift into the city.

As a seasoned traveler, Mondato's reporter soon negotiated a price and the taxi took off into Habana Vieja (“Old Havana”). After settling in the casa room, 140 CUC (US$140) and 60 US dollars were missing – with some cash left in the wallet as to not create too much suspicion. In an “Uberized” Cuba, such a theft could have been easily reported, which in turn would deter the thievery from the beginning. Unfortunately for our reporter, there was not much to do but search for a new ATM.

The system of cash makes tourists a target, particularly outside of the airport where thieves can count on stacks of cash in everyone’s wallet. Locals explained that even an average person’s electricity bill could be more than his or her monthly salary, so black market activities and theft are commonplace.

The primacy of cash can be better understood in the context of reach of Cuba's formal banking sector. Although there is little to no information available concerning the number of formal bank accounts existing in Cuba, there are only 8 commercial banks, 18 non-banking financial institutions, 13 foreign banks and 4 foreign non-banking financial institutions present in Cuba in a country with a population of 11 million. And while there are 10,000 reported points-of-sale (PoS) terminals throughout Cuba, the terminals are only operational when they can connect to the Internet (which is to say, not often).

A lack of security and accountability for locals and tourists alike creates a clear and pressing case for digital financial services. That said, in order to use an app like Uber, or make payment using a mobile device, you would need access to WiFi – or a reasonably priced data plan. While 3G exists in Cuba, a local claimed that they’re charged approximately 10 CUC per 10 MB – while international plans allow access to 100 MB for the same price. Although Cubans can check their emails at little to no cost, when asked what happens when someone sends a photo or a file is attached to an email, a local responded, “There’s no chance I’m going to open [it]!”

To determine the true Internet availability, our reporter went on a hunt for Wi-Fi in each city visited. In Havana, fancy hotels and hospitals are the best places to find Wi-Fi. In the streets of Havana, crowds loiter in front of the hospitals with their phones and laptops trying to catch a signal. In Varadero, a touristy beach city East of Havana, the only place to get WiFi- aside from a hotel- is on 64th street, a street the locals claim have the least amount of people living on or near by.

Once a WiFi connection is found, a 2 CUC per hour card from ETECSA, Cuba’s state-owned telecom company, is required to actually use the Internet. (Note: It is 2 CUC at the telecommunications agency, where a passport is required upon purchase - and 3-5 CUC anywhere else – with no passport required.) Often, ETECSA is sold out of cards, so many are forced to pay the premium elsewhere.

Even if you can get access to WiFi, you still need the relevant hard ware. Restrictions on consumer products are lifting, but it’s a slow process. It wasn’t until 2008 that Cubans were allowed to purchase computers, as well as DVD players and a few other electronics, but only in state-owned shops at a mark-up of 200%. Mobile phones entered the scene a few years later. Cuba still has the lowest mobile phone and Internet penetration in the Americas, with only 16.4% of the population using a mobile SIM. Although reports have claimed that Internet penetration is at around 30%, this number is representative of those who have access to a government-controlled Intranet. It has been estimated that only 5% of the Cuban population can access the open Internet.

Although tourism is booming - according to locals, 20 new hotels are planned in the next few years, 4 of which have already begun construction and by the end of the summer, 20 flights from the United States will arrive daily - it is clear that the current infrastructure and technology will not meet the needs of these visitors.

Booking a hotel is a bit of a challenge, since accommodation in Cuba is not included on many eCommerce travel sites. Many tourists go through travel agencies and book all-inclusive resorts to minimize the headache of preparing their trip. The other option is to stay in local accommodation called “casas particulares”, otherwise known as renting a room in a local’s home. It has only been a few years that Cubans are even allowed to own and rent their own property, and considering that the government keeps them on a pretty tight financial leash – usually no more than $50 per month - the casa business enables them to earn a bit of extra cash. Seemingly, the majority of Cubans are trying their hand.

Casas can be found through ratings on TripAdvisor and contact is made via email or phone. Due to both the lack of Internet connection and expensive phone charges, many of the casas are slow to respond. When reserving via email, there are no deposits necessary and the total is to be paid in cash upon arrival or departure. Although it seems at first glance that no other booking site exists in Cuba, Airbnb has been there since the spring of 2015. With more than 4,000 listings, they have already tapped into the promising tourism market. Airbnb aids casas particulares in accessing tourists, as well as guaranteeing their payment. Because the government already has strict requirements for registration and taxes in place on those renting out their apartments, the digitization of that process does not erect more barriers or increase tax on income on the supply-side. In addition, it helps to attract more business. On the demand-side, international tourists trust Airbnb, and using the service combats the inconvenience of massive cash payments while offering the transparency and accountability tourists would expect in a more developed market. With an estimated 13,000 room bookings by Americans, Cuba has become Airbnb’s fastest-growing market ever launched.

Accommodation is only the beginning. The restaurant, transport, and entertainment spheres are still untapped. TripAdvisor remains the main source for collecting feedback and recommendations on restaurants and things to do in each city, and has no booking feature. Taxi prices are contingent on negotiation skills and the mood of the driver.

Opportunities exist in multiple sectors, and foreign companies are beginning to take notice through investment. Given the rising number of entrepreneurs in the country and the eased trade sanctions between Cuba and the US, Stripe, the Silicon Valley-based payments processor, launched an initiative to assist Cuban entrepreneurs in setting up their Internet businesses, recognizing the difficulty in setting up a digital business in the country. Netflix also launched services after trade restrictions were lifted for U.S. companies. Despite scarce options on Cuban television, however, limited, expensive and slow Internet connections will remain a massive hindrance to their success.

In addition to tourism, the prospect for digital money transfers is also present; remittances to Cuba were estimated at over $5 billion in 2012, with over $2.5 billion in tourism revenues. In regards to money transfer, Western Union seems to be the only available digital money service in Cuba. In additional to brick-and-mortar outlets, Western Union also recently launched a mobile app to send money via smartphones, but it is still limited to cash-in cash-out transactions. Currently, Western Union is charging between 7-12% commission on transfers from the US to Cuba (see advertisement below). This bloated margin coupled with a massive flow of remittances leaves much to be envied by competitor Money Transfer Operators (MTOs), although factors such as a complex regulatory landscape and a population trying to keep their extra incomes in cash may eclipse the opportunity and prevent new entrants. 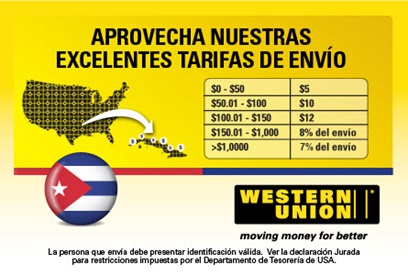 Although companies such as Stripe, Airbnb and Western Union will certainly retain a first-mover advantage, as infrastructure and Internet access improves, the ease of market entry and the demand for more digital technology services will increase. Further as Cuban entrepreneurs continue to embrace the digitization of their businesses, both tourism and money transfer – along with many other sectors – will mature, attracting more entrants in time.

Airlines are multiplying their routes for visitors to Cuba and mobile carriers are designing more attractive roaming plans, but financial institutions are playing more of a “wait and see” game , thus creating more risk for payments industry players. Until regulatory reforms liberalize financial access, and Internet penetration and cost improves, foreign digital payments companies entering Cuba are taking more of a gamble, but if successful, will bear more to gain.

While Cuba presents a new and exciting market with a plethora of opportunities for digital finance and commerce, there are certain building blocks that need first to be put in place. Infrastructure and regulation are priority, in that order, because no matter the need, DFC cannot be implemented without basic connectivity necessary for all users - both senders and receiver. Just ask our Mondato reporter, who is still loitering near a hotel for WiFi...

The Refugee Crisis: Where Aid, Fintech and Biometrics Intersect