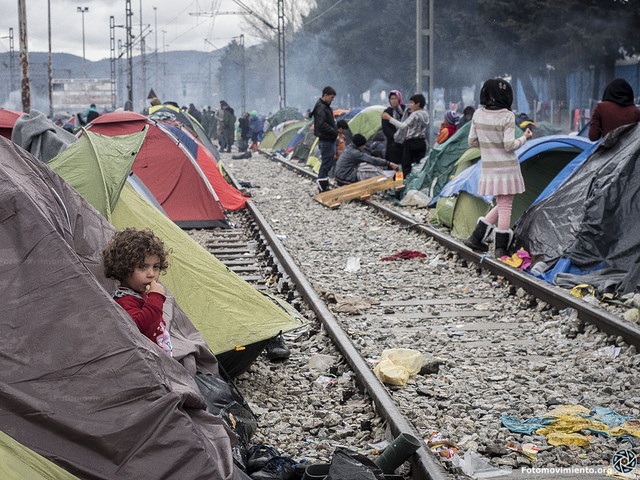 Not too long ago, beleaguered and destitute, refugees settled for proximate camp or municipality compounds that offered some semblance of stability. With the advent of technology, which has facilitated a global consciousness of relative wealth and opportunity, refugees have embraced a more proactive interpretation of the 1951 Refugee Convention and 1967 Protocol. Syrian, Iraqi, Sudanese and Afghan diasporas travel thousands of miles, often on foot, no longer willing to settle for indefinite sanctuary, security and uncertainty, seeking a better life for themselves and their families elsewhere.

This mass exodus has coincided with a soul-searching for best practices by the United Nations High Commissioner for Refugees (UNHCR). Displacement has become urbanized, and advocates yearn for alternatives to camps. Many NGO advocates and practitioners support adopting integrationist policies as a way to ensure both livelihood and dignity. While many European countries are currently in the throes of a negotiation of their relationship between culture, identity and nationality, technology has the potential to act as a compass, translator, and lifeline until a resolution emerges. And as the stages of the crisis mature from new arrival to transit to asylum request and residency, European aid organizations are poised to partner with digital financial service providers and biometric identification and security firms in order to manage resources and placate security concerns.

In an image emblematic of the digital age, refugees plan their journeys and navigate unfamiliar terrain using smartphones. The Mapping Refugee Media Journeys White Paper reveals not only the multi-dimensional uses of mobile devices, but the near total reliance of vulnerable populations on the internet as a source of information for guidance and protection. In addition to GPS mapping technology, communicative apps that substitute language with symbols or emojis, and social networks or messengers (such as Facebook groups) are all widely used. This has created transnational and multilingual migrant networks in which information can be changed as quickly as the circumstances do.

However, a constant complaint expressed in the White Paper is the fragmented nature of the refugee aid effort, and the confusion over provisioning and responsibilities. Capitalizing on the digital nature of the refugee crisis in Europe, RefugeeAidApp hopes to bridge the information gap between refugees, charities and government agencies. RefugeAidApp not only consolidates and geographically plots the live offerings of aid organizations, it also makes use of push notifications that can be triggered from a defined point for a radius distance. To capture the relevant audience, aid organizations map search metrics to infer the density of refugees in a defined area, along with age or sex distributions. The app incentivizes coordination and promotes efficiencies, as the visualization of aid accentuates both the holes and redundancies. Refugees, conversely, are able to use search criteria such as shelter, health, water, education, legal, work and toilet facilities, among others, thereby passing information to aid agencies about the specific needs at a given time in a given area.

The reach of RefugeeAidApp is spreading across Europe, with participation in Belgium, Bulgaria, Greece, Italy, Slovenia, and the United Kingdom. And although the current momentum of RefugeeAidApp is mobilizing data for benefits and services, the long-term vision is more holistic. Shelley Taylor, Founder and CEO of RefugeeAidApp, imagines that the app could become a comprehensive digital repository of information that will ease the assimilation of refugees into European society. Mobile Network Operators and banks represent natural commercial partners who could advertise related targeted services as the needs of refugees diversify.

While there is no consensus as to whether RefugeeAidApp will allow private corporations to access the refugee data to the same extent as charities or government agencies, there is a clear business case for interaction with refugees via the digital channels that are their primary media as they steer through the disorientation. The degree of collaboration between the private sector, aid organizations, and RefugeeAidApp is a subject that requires careful deliberation and reflection. As Mrs. Taylor clarifies,

“We may make some of this data available on an aggregated basis for research, but it is our responsibility to safeguard the identities of our users. RefugeeAidApp has established an advisory committee that considers input from non-governmental organizations as to what information could be released, and what information could jeopardize the safety of refugees. We have internal mechanisms and checks to ensure our product adheres to the highest standards of integrity.”

Let’s Get Better Acquainted: From Digital Channels to Digital Money

The fluency of refugees in technology indicates that it would require a small investment to achieve a critical mass in electronic financial literacy, a prerequisite for the adoption of digital money. There appears to be a distinctive preferred method of allocating cash-based interventions. Most agencies have launched programs that incorporate prepaid cards as a means to reduce shuffling money to and among immigration centers and promote instantaneous receipt of funds. In June, Mercy Corps – in conjunction with MasterCard and the Serbian Ministry of Labor - assigned prepaid cards to eligible families and individuals worth €210 for the former and €70 for the latter. Also, earlier in 2016, Prepaid Financial Services (PFS) announced a contract with an undisclosed European national government to provide pre-paid cards to 30,000 asylum-seekers per year.

These programs are more than a convenient substitute for cash, as they are well-suited to evolve with the statuses of asylum seekers. MONI is perhaps the most sophisticated of the solutions to have recently enabled a government deployment. Its prepaid card is linked to an account with an accompanying suite of services such as person-to-person transfer, salary disbursement, payment, and top-ups.

As the Finnish Immigration Service (Migri) discovered, refugees are often document deficient, at times lacking basic identification or a passport. This is problematic in terms of know-your-customer regulation imposed by both Finnish and European Union law on the banking sector. MONI operates in this more ambiguous regulatory space. It is in this environment that Migri selected MONI to engineer an experimental program which processes the allotment of government benefits to 4,000 refugees with MONI accounts. This concept has also manifested in business-to-person transfers, in the form of salary outlays by sanctioned employers. Antti Pennanen, Founder of MONI, details how the suite of services available to refugees will expand in line with government authorization.

“The features of MONI accounts are limited by the official status of the refugee. Once asylum is granted, there is more maneuverability in the provision of services. We believe that our Circle of Trust feature, which documents person-to-person loans, will be especially instrumental in the creation of credit scores for populations that have, in the past, remained invisible or been excluded from traditional financial services.”

The long-term ambition of MONI is to empower the financial inclusion of refugees through the launch of additional services. The products of MONI will be particularly palatable to refugees, as their finances would be managed from a mobile-first, customizable payment account.

But How Well Do I Really Know You: Security & Biometrics

Unregulated influxes of people into a state pose obvious challenges to police and security services, exacerbating fears as to whether or not European governments are to be trusted with the responsibility of identity verification, especially given the new evidence that demand for falsified Syrian passports is booming.

The public mood has soured because of some of these realizations, and politicians are latching on to any policy that will portray them as tough on terrorism, including renewed scrutiny of prepaid cards and of their potential for misuse. Most financial service providers, however, see their products as integral to disrupting the capital of terror networks. According to Mr. Pennanen, MONI has integrated controls on prepaid cards, affording the government a great deal of flexibility in the designation of approved or prohibited purchases. Additionally, most prepaid card providers passively monitor the histories of each individual prepaid card, thereby generating an electronic trail should an account ever come under investigation.

While the tracking of purchase history is less controversial, the debate is shifting to the use of biometrics as an alternative to document identity verification. In Lebanon, refugees who do not consent to iris scans do not qualify for UNHCR subsidies. In some instances, iris scanners are also attached to ATMs as a way to digitally confirm the recipient's identity. It is not far-fetched to envision European governments mandating similar conditions for claimants of aid. Questions about the ethics of such practices abound, however.

Unfortunately, due to the legislation in place to deter and implicate the financing of terrorism, it is unlikely that Europe will be able to replicate mobile money deployments that have persuasively served other displaced populations. Instead, it seems that the banking infrastructure will remain at the center of future initiatives, an insight reinforced by the Payment Accounts Directive, which will go into effect by September 2016. Accordingly, banks within the E.U. must offer basic payment accounts to all customers.

How financial service providers and biometric firms layer on to the banking sector could impact how aid has traditionally viewed itself, its role, or its reach. But, as technology advances, and disbursements digitize while security intensifies, will aid organizations remain comfortable with their own image? The era of Assange and Snowden has imparted to the general electorate a paranoia of mass-surveillance and distaste for anything Orwellian. While aid agencies have typically viewed themselves as the clear-cut good guys, that perception might be harder to maintain as the options to increase efficiency dabble into grey area. As with most policy issues, transparency and proper communication to the public will likely alleviate the growing pains as aid enters the digital age.

The Cuban Case for Digital Finance & Commerce – Within Reach or Far-Fetched?