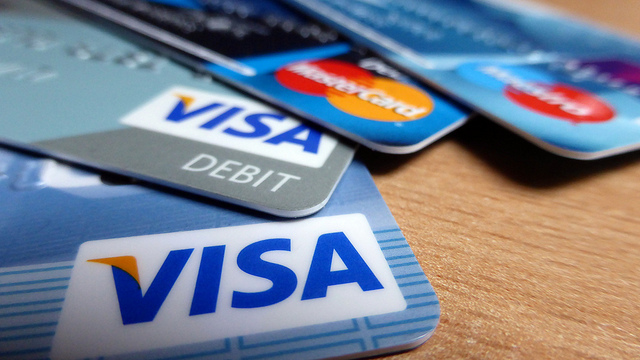 Once upon a time, having a plastic credit card in your pocket was a sign of affluence, a symbol of credit worthiness and of being a literal card-carrying member of the consumer class. "Your flexible friend" took the "waiting out of wanting", to quote one of MasterCard's predecessors in the U.K. But the prognosis for the future of plastic payment cards as we currently understand them is grim, and we are not too far away from a future where the answer to the question "What's in your wallet?", is "Nothing."

Mondato Insight recently examined the role of major sporting and entertainment events in the promotion of contactless payment technologies, including rings, wristbands and watches. And although they remain far from mass-market products, they are markers in the ground from the card networks, primarily Visa and MasterCard. These PR exercises demonstrate that the card networks recognize that even if they do not agree with Apple CEO Tim Cook that Apple Pay is the future of payments, they certainly are on board with the concept that using a 3.4 x 2.2 inch piece of plastic as a payment method is increasingly anachronous in the digital 21st century.

Signalling the path forward, Visa announced in February that it was throwing open its APIs and giving developers access to its VisaNet platform (though given the imperfect state of its Visa Developer website, it is open to question how successful this move has been). Nevertheless, through this action, Visa has signaled its belief that it is preparing to welcome the transformation of payment form factors, and throwing down the gauntlet to developers, hackers and innovators to come up with the digital alternatives that will make redundant our "flexible friends" of the past six decades.

And while open attitudes are as welcome as open APIs, Visa's move is, in some senses, a defensive one. For all the discussion about how Uber and its ilk have transformed almost every consumer-facing industry, perhaps their most profound impact across the entire economy is transforming how consumers think, and more importantly feel, about payments. Completely frictionless payments feel good because they aren't felt at all. And while it is easy for urban Millennials to overestimate the impact and import of Uber (according to research from Pew, only 28% of 18-29 year-olds in the United States have used a ride-hailing app), the ripple effects of the trends set in San Francisco and New York will over time be felt in Spartanburg and Bigfork.

Visa's moves might be considered defensive because they recognize that increasingly payments are evolving from something that the customer does at the end of a transaction, to something that happens for the customer at the end of an experience. Visa (again!) was pushing heavily the potential for connected cars and the Internet of Things to create new seamless, smart, payment experiences that are embedded within the automobile, as shown below (though quite why the same experience couldn't be achieved with a "dumb" car and a smart phone is not made entirely clear).

In a rather ironic twist, the introduction of EMV-chip technology (Chip & sign) in the United States has made the value and delight of seamless payments even more apparent when they occur. The real-time reading and processing of chipped payments cards in the U.S. is often slow. Painfully slow. (An unscientific survey by a Wall Street Journal of processing times in New York found the average waiting time for an EMV-chipped card to be 13 seconds. This might not sound like very much, but try standing in silence staring at a Walmart employee for 13 seconds and you will find out it is much longer than you imagined.) This is, surely, going to hasten the death of plastic, as the delightfully speedy ping of a successful Apple Pay transaction is contrasted to the aggressive honk of a POS card reader demanding to be chip-fed.

End Run Round The Networks?

In a broader sense, though, it is Walmart and the European Union who have set down a marker for the card networks as to where the future may really lie, and it may not involve them at all, let alone their plastic cards. Although the first iteration of Walmart Pay uses the Walmart app and a QR-code at checkout to debit payment from a preregistered credit or debit card, CurrentC, of which Walmart was the main proponent, it aimed to do an end run around the networks altogether by convincing customers to register their bank details and take payment via bank transfer. It is arguable that this stance was a bargaining chip designed to squeeze fee concessions out of Visa and MasterCard, but it is clear that the relationship between the world's largest retailer and the world's largest payment processor - Visa - is not a happy one. This point was recently emphasized by Walmart's decision to terminate its relationship with Visa in Canada, meaning the cards would no long be accepted in its stores in the country. This follows hot on the heels of a US$15 billion 2014 price-fixing lawsuit by Walmart against Visa, which was settled out of court for an undisclosed sum.

But it is in visa-free Europe that a Visa-free future appears most real. As noted in a previous Mondato Insight on the new European Payments Services Directive (PSD2), the European Commission is striving to introduce more competition into the payments space by creating opportunities for third-party providers to facilitate retail payments that bypass the card network rails altogether. Although companies such as Sofort in Germany and Trustly in Sweden currently only offer online retail payments via bank transfer, it is a small step from that to a brick-and-mortar offering, and Walmart has perhaps shown the way with its resurrection of QR-codes from the dustbin of payments history. Meanwhile, SEQR, active in Sweden, Belgium, Finland, Romania, the UK and the US, offers both an online and offline QR-payment option that also successfully combines loyalty points and sometimes cashback.

Indeed, the UK Barclays' Pingit app uses QR-codes, among other options, to allow small businesses to receive retail or B2B payments via the UK's Faster Payments network. And while QR-code payments using Faster Payments rails are not yet mainstream, banks in the UK have evinced more interest than their American counterparts in pushing alternatives to Visa and MasterCard.

But therein lies the catch: the card networks appear to have learned the lesson of Uber's "magic" much faster than banks and third party providers, at least when it comes to offline payments. SEQR, Zapp and even Walmart Pay are still trying to reinvent payments as a consumer action, rather than looking forward to a future where embedded payments are something that happen for the consumer. It may well prove to be the case that while banks and retailers are focusing on how to shut Visa and MasterCard out of the payments process, the card networks are taking the more savvy course of focusing on what the consumer wants, or will want in the future. So even if we soon wave goodbye to our flexible friends, we could still end up paying for something with Visa in the process. If banks and retailers truly want to break the card network rails, they are going to have to start thinking bigger.

Finovate 2016: Technology Is Neither A Panacea, Nor An Island