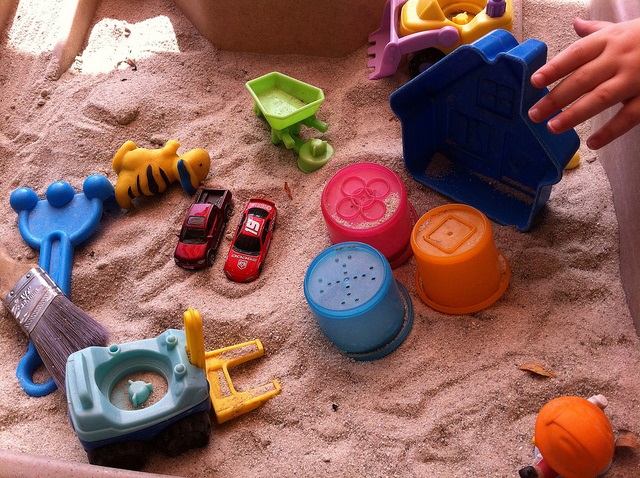 Most parents of little ones this summer will probably have found themselves at some point in a sandbox, either watching or helping their offspring create sand castles, sculptures or even Disney characters. In these spaces, children are often pushing the boundaries of imagination and creativity, even if their creations are ultimately transient, gone with the first rain (or destructive sibling).

In an interesting twist, this childhood pastime has recently inspired regulators in telecoms, banking and finance in developed economies to create "regulatory sandboxes" - regulatory arrangements that allow entities with innovative ideas, who have applied to the regulator, to experiment with innovative solutions in a protected production environment within a well-defined space and duration. Such “sandboxes” include appropriate safeguards to contain the consequences of failure of the new product/service, while maintaining the overall safety and soundness of the regulatory framework. The regulator, in return, relaxes certain specific legal and regulatory requirements which the entity would normally be subject to, for the duration of the “sandbox”.

This idea of experimental regulatory sandboxes has been picked up recently, in particular, by an array of financial regulators, who see it as a way to marry innovation and regulatory flexibility in regards to financial services in a safe, limited context, without much risk to the overall regulatory framework.

The Financial Conduct Authority in the UK, in an expansion of its "Project Innovate" (which has so far supported over 175 innovative business through business and regulatory support), launched in May 2016 a regulatory sandbox as "a safe space in which businesses can test innovative products, services, business models and delivery mechanisms while ensuring that consumers are appropriately protected." Eligible firms, which needed to apply by 8 July 2016, are exempted from obtaining a standard financial services authorization or license for the period of the "sandbox" for the particular service/product, and rather are allowed to benefit from "lighter" regulatory approval, whether it is a tailored but restricted authorization for the testing phase of new services or products (for currently unauthorized business), or, for authorized firms testing ideas that do not easily fit into the existing regulatory framework, the provision of individual guidance, and in some cases, waivers or no enforcement action letters.

Several regulators have followed the UK's lead, issuing consultation papers on similar sandboxes. In May 2016, the Australian Securities and Investments Commission commenced, with the support of the government, a consultation on the creation of a regulatory sandbox to supplement its own Innovation Hub, established in April 2015. The Monetary Authority of Singapore issued on 6 June 2016 a consultation paper on a FinTech regulatory sandbox, setting out the objectives and principles as well as the application process, and requesting comments from interested parties. The Financial Services Regulatory Authority, one of three divisions of the Abu Dhabi Global Market, released a consultation paper in May this year which detailed its plans to create a sandbox environment for FinTech under which startups would be allowed to work under a flexible regulatory framework for up to two years. It is Mondato's understanding that at least nine more regulators are considering implementing regulatory sandboxes in the coming months.

Proof is in the Pudding

This innovative regulatory trend may be surprising to many, as often developed economies are criticized for inflexible regulation in financial services, allowing "too many cooks" in the kitchen (as has been argued about the US regulatory framework), but also in regards to the slowness of the legislative process to adapt to innovation, with the EU a usual suspect in this regard (and the PSD2 a case in point).

As the licensing processes so far for FinTechs and banks have been very ad hoc across developed economies, this initiative must be welcomed. Beyond lessening the regulatory requirements and thus lowering the barriers to entry, two of the main advantages of a regulatory sandbox are the transparency of the licensing / application process, as well as the support regulators can provide to FinTechs to guide them through the process, speeding up the product development cycle and launch.

The private sector shares this enthusiasm. As observed by Kabir Kumar, Director for Policy and Ecosystem Building at Omidyar Network, in a recent interview with Mondato,

"We see sandboxes or reglabs as a part of a broader effort on the future of regulation in finance. We are living through a period of unprecedented innovation in finance which remains one of the most heavily regulated sectors. Regulators need ways to understand new tech, products, and business models and fintech innovators need a better dialogue with regulators. Reglabs are one way to achieve that."

While it is too soon to see the results of these regulatory experiments in developed economies, emerging markets may still want to take heed of these developments, especially in regards to digital finance and commerce (DFC) and financial inclusion.

Legacy regulation is seen as a big obstacle to the expansion of DFC, and DFC has been at its most successful in emerging markets where regulators have allowed flexible interpretations of regulation, often on a bilateral basis (such as Sri Lanka), or even sanctioned innovative solutions outside the regulatory framework until the framework can be modernized (such as the "no-objection" letters issued by the Central Bank of Kenya to non-bank entities, prior to developing specific regulations).

Such flexibility, although considered "enabling" to a certain extent for DFC, may, due to the lack of public transparency and often bilateral nature of such an approach, create an uneven playing field for all actors in the market. In particular, the use of bilateral negotiations by a regulator on a case-by-case basis for areas not clearly legislated means that not all the same terms or conditions may be imposed even though the use case may be similar or even identical, and entities with strong market power may thus obtain better conditions due to their privileged relationship with the regulator. Further, the aforementioned approach creates an element of legal uncertainty concerning the criteria for approval, which may prevent / inhibit new competitors from entering the market with innovative services or potential investors from investing in the industry. Lastly, the need for bilateral negotiations or an 'outside the framework' solution means that obtaining approval for new products and services can result in lengthy delays in the roll-out process.

Thus the transparent, non-discriminatory manner of a regulatory sandbox - as well as its emphasis on speed and timeliness - may provide the necessary impetus to emerging economies to ensure both that financial inclusion is enabled, and all actors are treated fairly. This, in turn, can help sow the seeds for the next stage of industry growth.

Clearly regulatory sandboxes are much more than safe havens for new actors in the DFC space. And given their transparent, non-discriminatory character, as well as their ability to create legal certainty, these current initiatives could be just the ticket to allow regulators in both developed and emerging economies to keep up with innovation, while ensuring a solid regulatory framework and fair competition. One should never underestimate child's play.

The End of Your Flexible Friend?

Is the 'Gig Economy' Running Into Political Trouble?