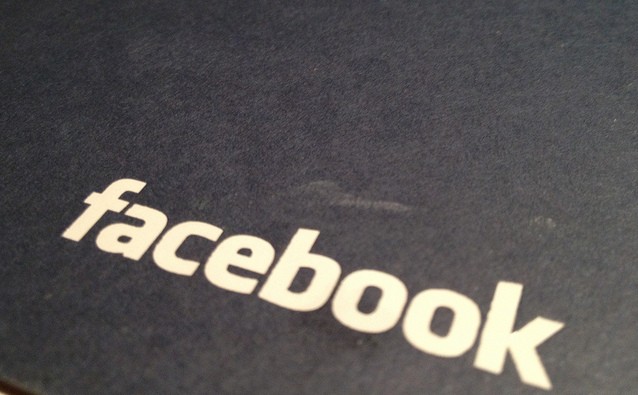 It may seem reductive at first to dichotomize the two main camps of innovators in financial services. However, experts agree that the finance industry at large is under threat of disruption by actors generally falling into one of two buckets: Fintech and Big Tech. The Financial Stability Board (or FSB) defines the two groups as follows:

There are surface-level similarities between the two groups. Both are innovation-focused, often implementing mobile- or crypto-friendly tech quickly and responsively. Both promote security, interoperability and user experience to build the best possible products for their users. And both endeavor to make their services available worldwide. But the key difference, and perhaps what justifies the Fintech / Big Tech dichotomy in the first place, is what might result from each group’s disruptive efforts. Finance could look very different five or ten years from now depending on which of these two groups exerts more influence over the industry, with one posing a much greater hazard to incumbent financial institutions like banks and credit unions than the other.

Plenty Of Distance To Go

Although millions of users pay for goods and services using digital tools and platforms every day, there remains tremendous potential for growth worldwide. Adoption of mobile payments has been slow in many markets; China, notably, boasted an impressive 45.2 percent mobile payment use rate in 2018 according to estimates, but it is an outlier. (By comparison, the United States, United Kingdom, and Germany) saw 20.2, 13 and 8 percent of their populations make a mobile payment in 2018, respectively.) It’s been posited that low credit card penetration rates and enthusiasm for multipurpose platforms like WeChat and Alibaba have driven adoption in China, but India, Asia’s second-biggest market and comparable in many ways, also lags far behind with only 7.6 percent of its population having made a mobile payment purchase in 2018.

It is, at first, a head-scratching gap. Fewer Indians are unbanked today than ever before, with bank account ownership in 2017 reaching 80 percent, up from 53 percent just three years prior. This increase suggests that India’s appetite for financial services in general is on the upswing. And, when it comes to the tech, India is modernizing just as quickly, particularly as smartphone penetration swells. In 2018, there were more than twice as many smartphone users in China as there were in India, but that margin is expected to close dramatically over the next three years, suggesting that India could be ready to follow China’s lead with respect to mobile payments.

So, if a digital and mobile boom is indeed right around the corner across a number of maturing economies, who is best-positioned to serve the millions of new users who will enter the market in the coming years? It will likely be split between Fintech, Big Tech, and incumbent institutions, but the relationships between these three groups will determine how exactly the landscape develops.

Emergent Fintech firms have been shaking up the digital commerce landscape since at least 1999, when Paypal first made it possible to “beam sums of money between handheld devices such as mobile phones, Palm Pilots, and pagers." Paypal is of course the longest-running payment platform of its kind, but others have stepped in over the years to provide new features, serve specific user groups, or otherwise carve out their own slice of the digital payments pie. Fintech firms have evolved to fulfill missions as diverse as microlending to unbanked populations, funding small-scale agriculture operations, and providing peer-to-peer insurance.

The apparent common denominator between Fintech firms, however, is that they are user-oriented. The recipe to becoming a successful disruptor (according to PwC) is to “offer a better customer experience and greater convenience at a much lower price." A Fintech firm is likely to succeed if it offers value to users, whether it be by improving access, democratizing processes or otherwise addressing shortcomings of the status quo. The user-oriented approach that Fintech firms tend to embrace is in line with the revolutionary ideas of Alexander Hamilton, who wrote in the Federalist Papers that government ought to function such that “the people’s feelings and interests may be the better understood and attended to." Whether in government, tech or financial services, the revolutionary position is that the “feelings and interests” of users / citizens are critical to the success of a project.

According to a recent report by the FSB, the user-oriented approach of most Fintech firms could mitigate the threat they pose to incumbents. The FSB notes that, “to date, the relationship between incumbent financial institutions and FinTech firms appears to be largely complementary and cooperative in nature." They go on to explain that while FinTech companies have moved with some success into the area of credit provision and payments (in direct competition with incumbents), they have yet to disrupt the core aspects of the major financial institutions.

Moreover, that may not be among their aims; nowhere is it written that Fintech must imperil incumbents, and in fact the relationship may be more symbiotic today than in the past. A 2016 report by PwC explained that “disruptors are fast-moving companies, often start-ups, focused on a particular innovative technology or process… [and] they have been attacking some of the most profitable elements of the financial services value chain." At the time of the report, leaders in finance were concerned that standalone Fintech firms could threaten core aspects of their businesses, but the ecosystem has proven friendlier and more collaborative in the interim. Both Fintech firms and incumbents now stand to gain from working together, as such collaboration lends Fintech firms credibility and grants them access to new customers, while incumbents benefit from new tech.

It is in the interest of any Fintech firm to attend to the feelings and interests of its users (both actual and potential) to create a valuable product. Given success therein, however, firms may face a choice: put simply, are they committed to growth and large-scale disruption, or is it their goal to be acquired? London-based Transferwise, for example, has grown steadily since its founding in 2011 into a unicorn with over 1000 employees, 4 million users and several successful funding rounds. It has disrupted, to some degree, the global remittance market; while incumbent banks charge as much as USD$85 (but usually between USD$15 and USD$50) for a wire transfer, Transferwise charges a percentage fee depending on the currency and transfer amount (which in most cases is much cheaper than bank rates).

But they are also working closely with banks like N26 (albeit, in this instance, a digital only bank) to integrate Transferwise directly into the banks’ apps. It’s a win-win. On the other side of the pond, WePay has “been having fun in payments since 2008”, although their 275+ strong team and USD$400m acquisition by JPMorgan in 2017 are nothing if not serious. WePay built their business by providing a sophisticated API for B2B and B2C “payment processing, fraud detection, and complex payouts”, finding success with online SaaS providers like FreshBooks who need unintrusive, integrated ways to charge customers. It seems that, no matter a Fintech firm’s journey, empowering users and facilitating their work is how to get on the green. However, Fintech companies have much to gain (as do incumbents) from capitalizing on collaborative opportunities wherever they arise.

Big Tech, on the other hand, has both the resources and the user base to take on incumbents in a real way. Apple, Samsung, and Amazon (numbers 11, 12, and 18 on the 2017 Fortune 500), respectively) had a combined revenue of over $600b in 2017, and each run their own online and mobile payment platform with an estimated 150+ million worldwide users between the three of them. These and other major tech firms have been in the financial services field for years now, with companies like Starbucks, WeChat, and Safaricom leading the way in their respective regions.

The biggest splash as of late, however, has come from Facebook. It is the most popular social network worldwide, with an approximate 300 million Indian users. (Not to mention 130 million in Brazil and Indonesia each, plus 180 million more between the Philippines, Vietnam, and Thailand.) If these markets are indeed ready to change how they bank, no-one is better poised than Facebook to give these nations a platform to do it.

This fact is not lost on Facebook. In addition to Facebook pay, the firm is allegedly creating a cryptocurrency for use on its WhatsApp platform to compete with the likes of Telegram, Signal and Bitcoin. Considering that Telegram raised USD$1.7 billion for their initial coin offering partly on the strength of their 200+ million user base, there is virtually no limit to how much funding could pour into a Facebook ICO given the platform’s 2.3+ billion users. So where incumbents could feel safe about Fintech firms’ lack of financial muscle, Big Tech moves more than enough money to make them nervous.

And Facebook is just one big player. Of the 10 largest tech firms, nearly all of them offer or are developing digital payments or commerce platforms, sometimes in partnership with other Big Tech firms. And where Fintech firms integrate with or are acquired by incumbents, Big Tech often outstrips incumbents in terms of revenue and reach.

It may be a win-win for a Fintech firm to develop tech which integrates easily with a bank’s app, for instance, but Big Tech is likely not interested in half measures. If Big Tech firms have the financial backing, the user base and the technical capability — and if the timing is in their favor — there is little to stop them from replacing incumbents. And while incumbents are (often with the aid of Fintech) taking steps to improve their user experience, they face a formidable set of adversaries in Big Tech. In the end, it will come down to who can provide better, smarter tech to support the spending, saving and investing of users — who appear to be growing more tech-inclined by the day.

Are The Economics Of Cash Crumbling?