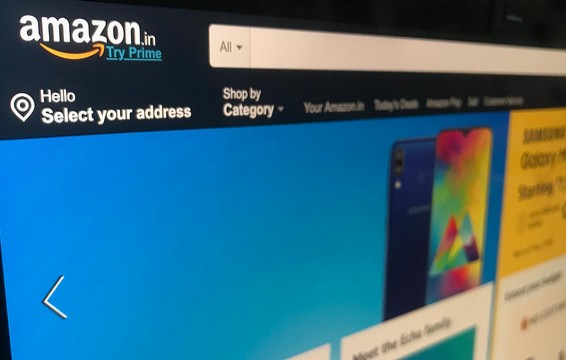 The offline world has rarely ushered in the online world with grace. In all fairness, few welcome change perceived to be an existential threat. And when that grass-root angst is backed by political will, digital disruptors beware. Uber, for instance, has incurred the wrath of taxi drivers from Madrid to Rio de Janeiro, and the fall out of these disputes can have very real consequences: in 2018 Uber lost its court case rebuffing France's criminal charges, as ruled by the Court of Justice of the European Union (ECJ).

E-commerce may now be experiencing a similar shake out in India. In part a response to ever louder complaints by brick-and-mortar retailers that large digital marketplaces practice supply chain favoritism and undermine retail through deep discounts, the government again tightened its policies around foreign direct investment (FDI) as it relates to e-commerce. So, what happens when the outcries of certain lobbies coincide with a nationalist mood, especially in light of a looming election? Is this a sincere attempt to placate hurt parties and slow radical digital transformation, or will dunking the likes of Amazon and Flipkart merely ensure the ascendancy of a local filler?


The roots of India's FDI e-commerce regulation trace back to the year 2000. In a preemptive strike - excessively preemptive by some analysts' measures - India cobbled together rules that mirrored its approach to brick-and-mortar retail. Analogous to the exceptions extended to wholesale trading, only in the context of business to business (B2B) e-commerce was 100 percent FDI approved. The result was a haphazard, and not nearly intentional enough, structuring of the e-commerce sector into a 'smoke and mirrors' marketplace model.

Marketplace model: provision of an information technology platform by an e-commerce entity on a digital and electronic network to act as a facilitator between buyers and sellers.

Inventory model: e-commerce activity where the inventory of goods and services is owned by an e-commerce entity and is sold to the consumers directly.

For the decades following, FDI-infused retail skirted the grey area on the inventory model by employing armies of consultants and legal advisers to weave intricate webs of B2B supply chain links to technically stay out of the law's cross hairs. By investing in or establishing B2B wholesale providers that then had preferential access to proxy virtual storefronts, these entities now had an avenue to reach, and feed, the voracious appetite of the consumer market which was increasingly heading to online troughs. It was an open secret that these virtual storefronts operated on paper-thin margins with the prices not only set by the wholesalers, but the majority of the profit reaped by them too.

This was the complex reality that regulators awoke to in 2016 while e-commerce growth was outpacing expectations. Instead of disheveling the retail industry by crafting more premeditated policy, Press Note 3 of 2016 formalized existing arrangements. FDI in e-commerce marketplace models received a green-light. Conversely, FDI in e-commerce inventory models was explicitly banned. And so, B2B sellers continued erecting privileged doorways to serve end-consumer segments, while new entrants like Amazon replicated the process, except backwards.


Smaller retail players have become progressively more hostile to e-commerce sites 'masquerading' as neutral facilitators between buyers and sellers. Even before the ink dried on the papers finalizing Walmart's acquisition of Flipkart this past August, the Confederation of All India Traders (CAIT), a traders' body composed of 70 million small businesses, petitioned the National Company Law Appellate Tribunal (NCLAT) against the deal's rubber stamping by the Competition Commission of India (CCI). At the heart of the charge was the mounting potential for vendor partiality.

“The CCI acknowledged that a small number of sellers have been accounting for substantial sales on Flipkart. This is only bound to get aggravated once Walmart comes into the picture, as Walmart’s goods through preferred sellers would be prioritized and given discounts by Flipkart.” Praveen Khandelwal, Secretary General of CAIT

Distributors of electronic goods, likewise angered by the the merging of verticals which produces price disparity between online and offline outlets, have instead lashed out against the manufacturers. In light of sales decimation during the festival season this past year, brick-and-mortar merchants like Viveks, Girias, Shahs or the All India Mobile Retailers Association arrived at a recent ultimatum. Either manufacturers offer consistent specifications, prices, discounts and launch dates across channels, or stores will deliberately run dry and electronics will remain out of stock.

With all this fury bubbling over, it seems expedient that the government released amendments to Press Note 3 at the end of 2018. Notably, some of the clauses are clarifications from the 2016 iteration of the policy, while others are newly introduced stipulations. There are four core conditions that will fundamentally shape FDI e-commerce from here on out:

Over Before It Started?


Amazon and Flipkart, in particular, will have to take pause and deliberate before they muddle forward. Long-term, the losses could be significant and foreign capital becomes skittish when profitability is jeopardized suddenly. Some estimates have put the total damage to revenue by 2020 at 40 percent, or some USD$5 billion, between Amazon and Flipkart. Overnight, a serious chunk of both companies' sales (much of it, too, achieved through now illicit discounts or specials) became out-of-bounds legally.

"The top two e-commerce companies in India, Amazon and Flipkart, accounting for about 70 percent of the online retail industry revenue generate about half of their sales through group companies." Anuj Sethi, Senior Director at CRISIL

The two were clearly on the defensive as both scrambled to stop the PR bleeding and squelch outside speculation. Within weeks of Press Note 3's reset, a Morgan Stanley report conjectured that Walmart might have to abandon its acquisition of Flipkart and exit the venture completely. (Flipkart CEO Kalyan Krishnamoorthy immediately described Morgan Stanley's hot-take as unsubstantiated). Similar rumors of divestment circulated about Amazon and its stakes in Cloudtail and Appario, which supply a disproportionate amount of its merchandise.

But, as is common with hasty regulation that is unilaterally implemented without industry collaboration, the only sure-fire effect is heftier compliance costs. Little time was likely wasted before lawyers and consultants were again bused in to restructure operations so that profits were still maximized while remaining 'compliant.' Flipkart, for example, has added half-a-dozen companies as intermediaries to create space between its wholesale unit and preferred sellers - all just to circumvent the 25 percent cap on direct purchases from vendors. Amazon performed another feat of corporate magic when its indirect holding in Cloudtail dropped to 24 percent, clearing Press Note 3 directives by the skin of one's teeth. Comparable irons are in the fire so that the vendor Appario can also be fully restored on Amazon's marketplace platform.


Although these policy revisions are a thorn in the side of FDI-backed e-commerce marketplaces, they will doubtfully bring about the desired effect anticipated by the trader associations. Instead, this move might be closer to political positioning and gesturing than a coherent bid to stop brick-and-mortar retail from being left behind. With the national elections fast approaching, Prime Minister Narendra Modi and the ruling Bharatiya Janata Party (BJP) may feel compelled to consolidate their base, of which the trading community is a big constituency.

Some commentators, however, have questioned the genuineness (or competence) of Modi and BJP's intentions, given that nothing in Press Note 3 protects retailers from an indigenous Indian e-commerce inflicting the exact same pain.

"While the present scope of the FDI rules intersects snugly with major online e-commerce platforms, the rules do not extend to similar platforms with only domestic capital, like Paytm Mall or Reliance’s upcoming e-commerce venture, which sits uncomfortably with the pro-competitive nature of the rules."Divij Joshi, Research Fellow at the Vidhi Centre for Legal Policy, Bengaluru

The trade associations might be sleeping more soundly since the FDI directives were released, but it is unclear if entrepreneurs like Mukesh Ambani, India's richest man and Managing Director of Reliance Industries, are what dreams or nightmares are made of. Unhindered by FDI regulation, will Mr. Ambani's future e-commerce platform lift up the retail market or bulldoze it for his own profit? If his past projects are any indicator, hopefully his e-commerce exploits will be less tone-deaf and gawking than his Antila residence which borders Mumbai's slums.

Digital transformation should be managed in such a way that low and middle income workers aren't sacrificed for the benefit of efficient monopolies. According to a 2017 United Nations Industrial Organization report, MSMEs in India plugged into an e-commerce channel reduced marketing and distribution costs by up to 60 percent. In addition to that, they simultaneously witnessed 27 percent higher revenue growth than their offline counterparts. Will the new FDI policy continue in this vein of inclusive gains? Well, in view of its rushed nature and zero basis on empirical or evidence-based studies, clearly no one actually knows. That is a flimsy rationale to wager a whole industry's stability on.

Inclusive Fintech: Series A And Beyond