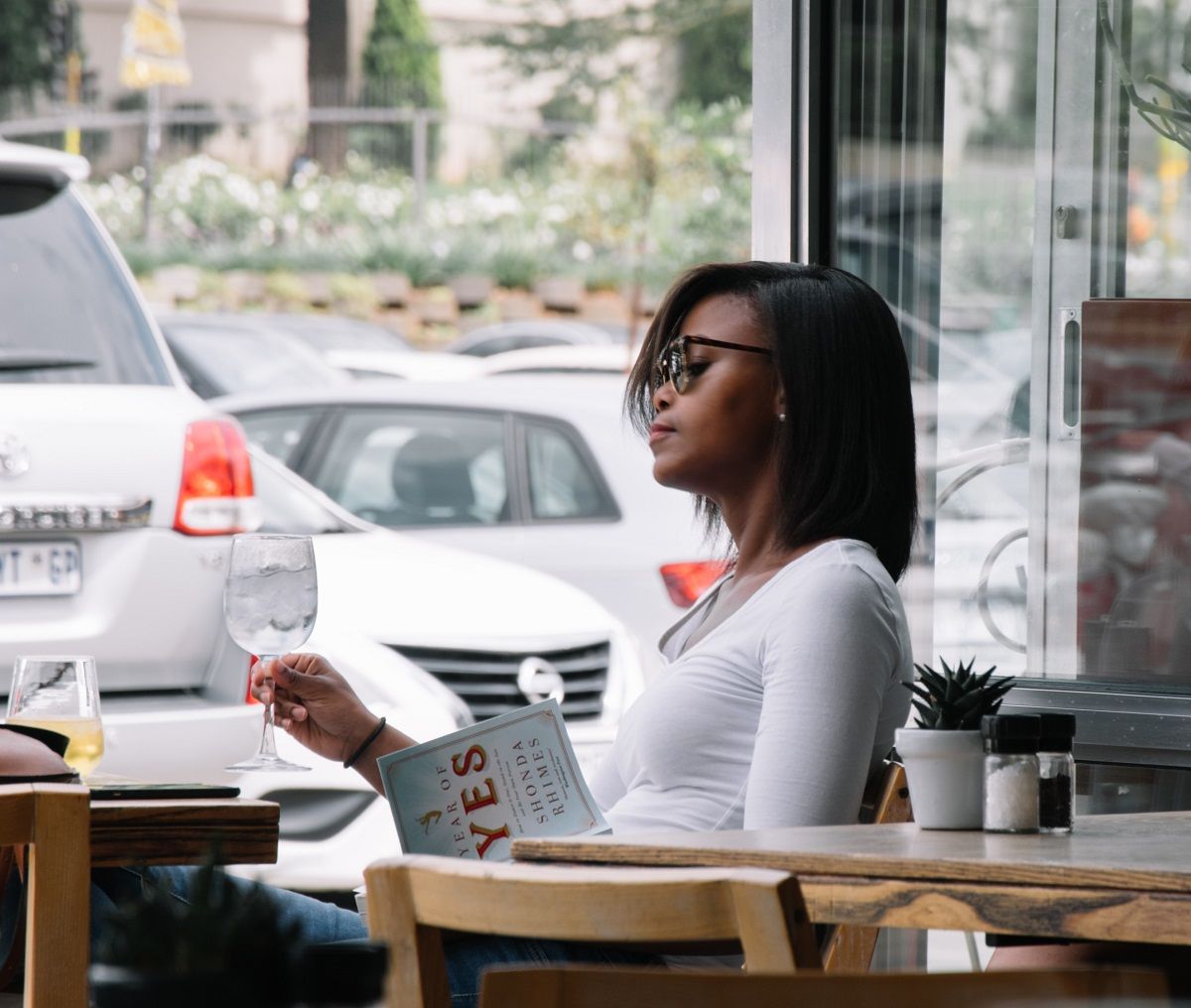 The Consulting Group to Assist the Poor called the 2014 Findex data a “wakeup call” after it found a 9% gender gap in developing countries, and in 2017, the gender gap remained the same despite calls to action by countless foundations and governments.

In a 2015 report, Financial Sector Deepening Mozambique (FSDMoç) found that attempts by organizations in the country had thus far found limited success in addressing the structural barriers that prevent women from realizing their economic potential in Mozambique. The report identified a combination of factors underlying the widening gender gap, including lower levels of literacy, mobility, and decision-making power among Mozambican women, relative to men.

Solutions to the gender gap should address both the demand and supply sides of the problem. Fintechs, given their eagerness to disrupt established processes and create solutions to market failures, may be well-positioned to help close the gender gap and develop more profitable business models by catering better to women.

More work remains to be done for fintechs to make informed, strategic decisions on creating impact with their products and services. In an attempt to make progress on this front, MIX released a report in January 2020 seeking to establish benchmarks for the relationship between fintechs and financial inclusion. Among the 45 fintechs based in sub-Saharan Africa, East Asia-Pacific, and South Asia whom MIX surveyed, a common theme was the underrepresentation of women in their customer bases. Women only accounted for a median of 36% of customers, a gap which MIX justifiably identified as a market opportunity for these and other fintechs.

The World Bank has called Mozambique a “two-speed economy” for its heavy reliance on the extractives industry for growth; meanwhile, other sectors have struggled in the aftermath of an economic downturn in 2016 and 2017. Progress over the last decade in terms of financial inclusion carries a similar caveat: some actors pull ahead and others straggle behind. For example: financial inclusion has experienced gains, broadly speaking, but this progress masks widening divides between men and women, and also between urban and rural populations. Belonging to certain groups instead of others, as well as geographical residence, greatly influence access to bank branches, financial literacy, and exposure to new products and services in Mozambique --all factors affecting financial inclusion.

However, over the last decade, the Mozambican government, in partnership with international institutions, has taken steps to reach out to populations whose access to financial services has lagged. In July 2016, Mozambique launched its National Financial Inclusion Strategy (NFIS). NFIS is working with FSDMoç, the World Bank, and the Bank of Mozambique to increase access to financial services throughout Mozambique by 2022. Some of the primary objectives at the time of the program’s launch were: to expand and diversify the network of financial services access points; improve legal and regulatory frameworks; develop products for SMEs and low-income and rural populations; increase awareness about financial literacy among individuals and institutions; and improve credit infrastructure.

When NFIS launched, only 36% of the population had access to a bank account (somewhat below the regional average of 40%), and 44% of Mozambicans had a mobile money account. However, Mozambicans had unequal access to physical bank branches along the rural-urban divide; given that most of Mozambique is still rural, only 58% of districts had bank branches. NFIS promised to increase these figures by expanding bank branches, ATMs, and POS terminals, especially in rural areas, as well as easing regulations to allow for the development of fintech alternatives. Over the first three years of the program, NFIS launched the “One district, one bank” initiative and prepared legislation to simplify requirements and processes to open a bank account. The Mozambican government also introduced new legislation to support and strengthen credit infrastructure with the Private Credit Information Law in October, 2015, and later with the Secured Transactions and Collateral Registry Law in November, 2018.

Despite these interventions, more updates to regulation are needed for the development of the fintech sector as well as for increasing financial inclusion. Hugo Basto, Digital Channels Director at the Commercial and Investment Bank (BCI) in Mozambique, says that regulation will be one of the key areas of change in the next few years for the banking industry. He forecasts “A possible introduction on new directives similar do PSD2 implemented by European Central Bank,” meaning more regulation to promote competition and transparency in the payments sector, in addition to easing criteria for opening bank accounts.

According to the data collected by the World Bank for the program’s midterm report in 2019, Mozambicans opened four million new bank accounts during the first two years of the NFIS program. But the impetus for this growth, the World Bank found, has been the adoption of mobile wallets. Although the program was intended to improve access to both traditional and mobile banking, results have so far been one-sided; while access to mobile accounts increased 7%, access to physical banks actually declined 3%. Accordingly, researchers determined that the introduction of several mobile wallets in the country was the most important factor leading to the overall increase of access to financial products. And this gap will only widen with time if current trends hold. Since 2015, the growth rate of mobile wallets achieved a yearly average of 23%, while bank accounts only achieved 7%.

In the Key Of Inclusion

Mozambique in fact has the third-largest gender gap in terms of account ownership in sub-Saharan Africa. Even as women gain access to financial services, the rates of women’s informal financial inclusion is growing higher than that of women’s formal financial inclusion. Finscope analysis published in 2014 found women are more likely to use informal products and services, and men and more likely to use formal products. Perhaps the products and services offered by banks and other providers in Mozambique are not tailored to meet the needs of both men and women, or they are not marketed in a woman-friendly way. In either case, the gender gap is present and observable in how Mozambicans use financial services.

There are many factors driving this gender gap. For starters, many of the factors that hold Mozambicans back from financial inclusion—including lack of consistent or regular income, education, access to banks, and formal documents—disproportionately affect women. For example: in 2014, only one in two Mozambicans had proof of identity and only one in ten had qualifying documentation to serve as proof of address. However, the documentation deficiency is skewed towards women, especially in rural areas. In cities, 28.8% of women did not have either documentation type, and in rural areas this number jumped to 61.5%. One cannot open a bank account without proof of identity and proof of address; because women more often lack these documents, they are disproportionately kept from opening new accounts.

Other factors are also characteristic of women's challenges to gaining financial inclusion in Mozambique. Women are less likely to be financially independent or earn salaries than men. Moreover, women’s work tends to be irregular and lacks consistent income (e.g., selling produce or running a small business). However, the financial experiences of Mozambican women can differ vastly depending on where they live. Women in cities are 16.1% more likely to be dependent on others; paradoxically, they are also 5.7% more likely to receive wages or salaries, and 5.8% more likely to own their businesses. By contrast, rural women are 27.9% more likely to earn income by selling fish or crops. Lower levels of financial stability and independence may partly explain why women are less likely to access financial services.

In many parts of Mozambique, these lower levels of financial literacy compound with limited access to physical bank branches. Particularly in rural areas, the majority of women never travel to or do not know where the nearest bank branch, ATM, money lender, or other financial institution is. However, even in places where banks are accessible, Finscope found that women are less likely than men are to ask a bank, or even to ask friends and family, for financial advice. Trust is clearly a big issue; according to Business Women Connect, 21% of women in Mozambique never ask for financial advice, and those who do prefer to ask other women. Men and women in Mozambique certainly appear to approach money matters differently, and better understanding these preferences might allow banks to adjust their services and communication to better serve the total addressable market.

According to Sarah Bove, Project Manager at TechnoServe’s Business Women Connect Mozambique, "It's an exposure problem." Despite the attempts of several foundations and nonprofits to combat the financial gender gap over the last decade, the gap continues to grow. Challenges persist on both the demand and supply side of the financial sector in Mozambique.

Bove believes that the exposure problem could be partially resolved if financial institutions could successfully target their marketing towards women. Simple changes like showing women as well as men in commercials are a start, but more intensive efforts could prove more effective. For instance, immersive “road shows”—marketing campaigns in which banks set up shop in rural markets to explain and answer questions about their products—are also promising and prove that there is plenty of room for improvement in how financial institutions and startups can reach women.

It may also be a matter of turning passing interest into enduring practice. Increasingly, Bove said, established and smaller banks as well as MNOs have expressed interest in reaching women, recognizing them as an untapped market. For example, BCI has already released a Women Entrepreneurs Business Credit Card and a line of credit with special pricing specifically for women entrepreneurs as well as sponsored events to support aspiring businesswomen.

Additionally, in cases where agents play a role in customer uptake, hiring women agents can have beneficial secondary effects. Business Women Connect helps financial institutions market to women, but also coaches them to employ and train more female agents. The bank agency system is an important development in Mozambique encouraged by NFIS. Rather than operating within a bank branch, a bank agent works out of an existing business and assists current and potential customers with digitizing their cash. According to Hugo Bastos of BCI, the advantages of this model are that it will ideally “reduce OPEX and CAPEX at a branch level; increase customer service in all segments; and increase profitability.”

So far, the Business Women Connect initiative has been successful in this arena. Introducing women as bank agents has met many of the needs distinct to women end users. A survey found that customers identified women agents as more trustworthy and offering better customer service on average, compared to their male counterparts. It also found that women agents are more patient and spend more time per customer. This is especially important for potential women clients who come to the service with little financial experience. However, hiring more women bank agents is not just advantageous for financial inclusion; it also makes sense from a business standpoint. The survey data showed that new women agents make more transactions and in higher volumes than new male agents.

“It’s worth investing in women. It would increase the volume of transactions 21% per month if banks hired men and women equally.”
Sarah Bove, Project Manager, Business Women Connect Mozambique

Closing the financial gender gap in Mozambique will require better representation of women across the sector, whether it is among bank agents, product developers, or in the C-suite. While women do have some distinct financial preferences that could be better served by the sector, many of the basic barriers to financial inclusion, like lack of access or documentation are true for all Mozambicans. Designing a better financial marketplace for women in Mozambique is therefore an enormous opportunity for banks and fintechs alike to engage a substantial, previously untapped customer base. Who will lead the charge? Greater financial inclusion of women could tip the market share scales in the future, and the first fintech to make their mark on this deserving but underserved segment of the market could have a winning strategy on hand.