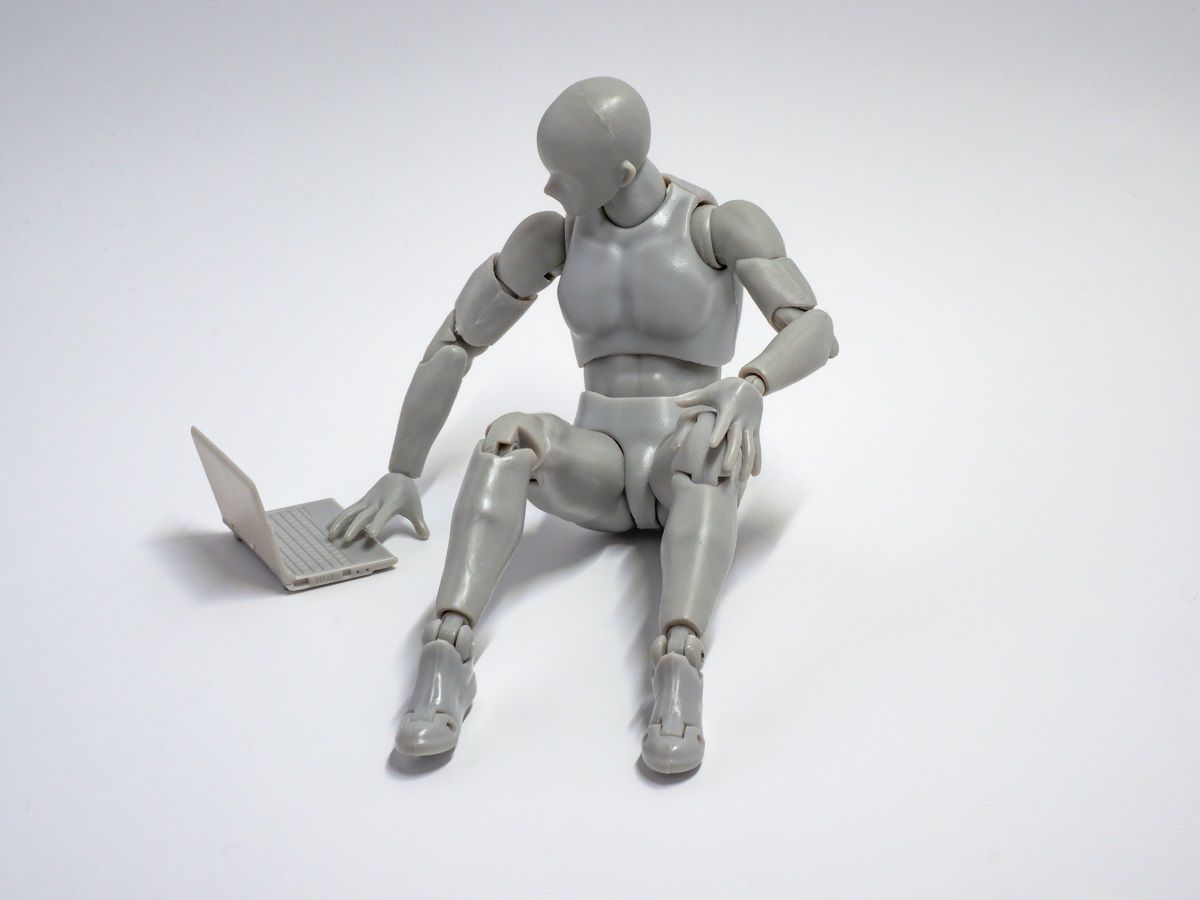 The so-called “fourth industrial revolution” is here. It comprises new technological advancements and increasingly global supply chains, which are together ushering in a more interconnected world. As disparate corners of the global economy converge, however, the people and communities who fuel it are finding that the ground is shifting under their feet.

Unlike the climactic doomsday scenarios foretold in science fiction, the arrival and adoption of technology has been a long, slow process. Over the past 10 years in particular, technology has advanced into the workplace one step at a time, creating new efficiencies (and redundancies) in its wake. Professions which constituted a revolution of their own just a generation or two ago are now carried out by robots and other state-of-the-art machines and processes, while professional functions that once required teams to execute are today the responsibility of a sole individual brandishing a suite of enterprise software.

This shift has not gone unnoticed. Andrew Yang, who ran for the Democratic party nomination for U.S. President in 2020, attracted over $16 million in small-dollar campaign contributions running on a platform of Universal Basic Income designed explicitly to counter the labor market effects of automation. Mr. Yang and others believe that the current industrial revolution will, given time, displace enough workers to seriously disrupt the world economy. While these worries are well-founded, it is also undeniable that this revolution, like those before it, is creating jobs that are altogether new. The same technologies which are imperiling the livelihoods of some less-skilled laborers are creating new demand for highly-skilled, highly-educated workers who can build, operate, and optimize these new systems and tools.

Furthermore, taking a global view reveals that the transformation at hand is not being realized evenly. While some nations were prepared for the fourth industrial revolution and hit the ground running when it took off, others are just now getting to the starting blocks (though they are catching up more quickly than one might think). And even within those countries who are up to speed, certain demographics are better primed to reap the benefits of sweeping change than others. What’s called for, ultimately, is a new paradigm for the labor market—one which acknowledges the reality of technology's effects and ensures that all countries, all demographics, and all workers can share in the bounty of the economy to come.

A Shifting State Of Affairs

A high-level view of the global labor market suggests that the service economy is the future economy. In general, high-income countries are dominated by service sectors while low-income countries are predominantly agricultural, with industry always comprising between 10-30% of the workforce. Service, however, is picking up more share as time goes on (no matter where you are).

Developed nations have been transitioning into service economies for decades, for which economists have identified the offshoring of manufacturing and specialization of intermediate inputs as causes. Over time, however, the world’s economies are gradually moving away from agriculture and industry, and toward service. According to ILO and World Bank data, service was the only industry which grew in countries belonging to every income group from 2010-2018. Globally, agriculture lost almost 5% share of the total workforce over this period; that share went to service, rather than industry, at a rate of more than 7:1.

Many countries with thriving economies rely on a workforce with a large service component. However, service occupations come in many shapes and forms, and technology is ready to displace some service workers before others. Highly-skilled, highly-educated workers in sectors like healthcare, education, and technology will continue to comprise a growing slice of the workforce. These workers potentially benefit doubly from a service economy that is expanding in a macro sense as well as expanding in specific, technology-driven areas like telemedicine, e-learning, and information technology. These workers are also less likely to be made redundant by technology; research from McKinsey found that, of 19 observed sectors of the economy, the 10 least automatable sectors studied were all part of the service economy (per ILO classifications).

Service workers in other sectors, however, are at high risk of being displaced by the new industrial revolution. The aforementioned research, which may reassure nurses, teachers, I.T. specialists, or other highly-skilled workers that their place in the future economy is safe, found that the “accomodation and food service” sector was more automatable than any other. Other service sectors at high risk included transportation and warehousing, as well as retail trade. The reason that workers in these sectors are more vulnerable is that they tend to spend significant amounts of time on tasks that are highly automatable with existing technology, such as data collection, data processing, and predictable physical work. Therefore, it is insufficient to simply train workers to participate in the service economy (growing though it is) because many service jobs are being automated right along with agriculture and industry. Instead, skilled service (which involves more difficult-to-automate tasks like interacting with stakeholders and applying learned expertise) may be a more productive near-term focus of upskilling efforts.

The Market Of Tomorrow

If today’s workers are sensing the ground move beneath their feet, then tomorrow’s workers will be sinking into quicksand by comparison. In addition to weathering the global transition toward a service economy, future workers may find their livelihoods jeopardized by climate change — whether in the form of extreme weather events which can destroy property and productivity, or thanks to gradual climatic processes which can render certain occupations unsafe or even engender new migration patterns.

In a similar fashion to the resilience being developed by governments preparing for the unavoidable effects of climate change, workers must seek out ways to become adaptable given the labor market’s ongoing tendency to change. Moreover, in another parallel to climate change, devastating macro effects could be just around the corner for countreis who fail to ensure that workforces are adequately protected and equipped to participate in the future economy. Youth unemployment, in particular, has been shown to have lasting, detrimental consequences, on both an individual and collective scale. It's true that many countries have struggled with youth unemployment in the wake of the global financial crisis of 2008, but statistics show that young workers (defined as the 18-24 age group) have not benefited as much as other groups have from the subsequent economic rebound of the last ten years.

Young workers, through no fault of their own, tend to be less educated and less skilled compared to the rest of the workforce. This makes them disproportionately vulnerable in an environment where automation is picking off low-skilled jobs at a faster rate every year. As automation accelerates, it will continue to displace low-hanging fruit first, and workers whose occupations consist of highly automatable tasks (a cateory which includes young workers) will be affected early and often. This reality combined with the above data indicating that modern job markets tend, in general, to be less hospitable to younger workers suggest an urgent need for upskilling and training solutions that make sense for young workers in the future economy.

Solutions Made For The Market

Countries at all different stages of development will be transformed by the fourth industrial revolution, if they have not been already. Polls of developed and emerging markets across the world show that people broadly believe that “robots and computers will do much of the work currently done by humans” in 50 years, with overwhelming majorities also expressing belief that such a shift would make it more difficult for workers to find jobs. However, it is uncertain how automation will manifest in the short term in countries whose economies are already lagging behind or where issues like poverty, food security, and financial inclusion threaten the basic needs of much of the population. Some research has pointed out that, while labor in emerging markets was significantly less vulnerable to automation at the beginning of the fourth industrial revolution, it has become more vulnerable over time, and at a rate faster than emerging markets. Emerging and developed markets may therefore be headed for a convergence point where their workforces will be equally vulnerable to the forces of automation.

One way or another, workers across the world are going to feel displaced by the effects of automation. As the technology that is powering the fourth industrial revolution becomes less expensive and more capable, there will be less room within labor markets for workers without specialized training or education. Obviously, this dynamic creates demand for upskilling, as workers respond to the changing nature of demand in the labor market. Solutions like coding bootcamps have emerged to help workers pivot to better-paying sectors of the economy; boasting a 1.5x annual growth rate in the U.S., these programs offer hands-on training (usually lasting six months or less) intended to transplant workers from the automatable part of the economy to the part that is precipitating the automation.

While this solution addresses a distinct need within the market, however, it lacks scale. In the U.S. (where bootcamps are most popular), just over 23,000 workers graduated from coding bootcamps in 2019 - compare this to the almost 4 million students who graduate from American universities each year. Moreover, these camps are designed to satisfy the needs of individual workers, not to solve any macro deficiencies in the labor market. Currently, there are no clear regulations or accreditation of bootcamps in the U.S., which also increases the risk for participants. Vocational training guidelines in some countries (e.g., South Africa), however, have been adapted to grant accreditation to bootcamps in certain cases.

Adequate solutions to the ongoing waves of disruption brought on by the fourth industrial revolution have yet to emerge. While these disruptions are already leading to increased productivity, more efficient resource use, and new opportunities for workers with the right skills, the transition is leaving many behind. The global migration (seen in rich and poor countries alike) away from agriculture and industry and toward a robust, dominant service economy is, on balance, “progress”; however, the service industry may prove no more hospitable in the case of workers in particularly vulnerable sectors therein. And in the case of retraining: the example of coding bootcamps illustrates the macro risk associated with reshuffling the labor market. While a number of workers will successfully upskill through these and other programs, there is an upper limit on how many coders the global labor market can support, and employment must be attainable for young, unskilled workers if society at large is to thrive according to social metrics. This is a puzzle which no number of bootcamps will solve. The answer to this revolution’s disruption cannot therefore consist of targeted, specific upskilling for those who seek it out, but rather a comprehensive reimagining of work that prizes adaptability and resilience, with no worker and no community left in limbo.

Do Women Hold The Key To Financial Inclusion In Mozambique?