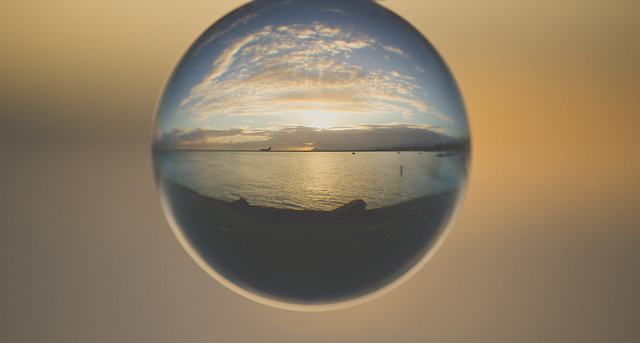 The Chinese New Year will begin on February 8th, heralding in the Year of the Monkey in place of the Year of the Sheep (or Goat, depending on who you ask). As for the world of Mobile Finance and Commerce (MFC), however, we may well come to think of 2016 in terms of its overhang from 2015 (a year in MFC that perhaps began in September 2014, when Apple tried to change everything, again.) To find out whether MFC in 2016 would assert itself with the confident intelligence of the monkey, or make it a "long 2015" by continuing with the indecisive persistence of the sheep/goat, we consulted a number of senior MFC industry figures for their slant on what to expect over the next twelve months: what are the industry banana skins to be avoided, and who is most likely successfully to ram home the message of mobile payments?


At Finovate Fall 2015, bitcoin/blockchain was labelled the "dog that didn't bark" for the notable lack of presence of bitcoin-based technologies on display after definitely having been the toast of the town just a year previously. Interestingly, however, several of our experts believed that we were just experiencing the quiet before the storm as serious exploration of and experimentation with the blockchain's possibilities from major industry stakeholders may start to bear fruit in 2016. Markus Gnirck, Co-founder of Startup Bootcamp, told Mondato Insight that Visa's announcement, in particular, of a proof-of-concept using blockchain for international remittances potentially signified a further shake-up of the remittance industry. Notably, the fact that Visa was experimenting with the live bitcoin blockchain rather than a closed proprietary blockchain system demonstrated Visa is serious about joining the blockchain club if it has the potential to bring down the costs for sending money across borders.

International money transfers raised its head in a number of conversations as a consumer pain point that may get some relief courtesy of the MFC space in 2016. Michael Laven, CEO of The Currency Cloud, was one of several of our interlocutors who mentioned UK-based mobile payments platform (with optional international MasterCard debit card) Revolut as a company with the potential to gain traction in 2016. Aimed at globe-trotting millennials, Revolut, said Laven, was able to take advantage of streamlined digital payments infrastructure to manage global payment flows and provide a fast, user-friendly experience that met the "on-demand" expectations of a new generation of customers.

In fact, Fidor's Vice President for European Expansion, Sophie Guibaud, cited Revolut's model as something to which banks should be aspiring. Although those who want a physical plastic debit card have to wait a week or so for it to arrive in the mail, Revolut account openers are issued with an electronic card that can be used for online purchases within minutes of opening an account. While noting that Apple Pay had failed to take off as well as might have been hoped, Ms. Guibaud also felt, nonetheless, it (and its catalyst effect with Google, Samsung, Chase etc.) had taken us a significant step closer to the day when banks issued a digital payment card by default, and a plastic version was an optional extra.


Vanessa Vizcarra Bianchi, Senior Digital Financial Services Specialist at the International Finance Corporation (part of the World Bank Group) singled out BBVA as a bank that is leading the way in the digitization of its services, facilitated by a management shake-up that has seen senior managers replaced by new leaders who are more oriented towards digital innovation and have less traditional banking experience. Ms. Bianchi identified the closing gap between fintech and banking, well illustrated by Mr. Gnirck's mention of Visa and blockchain, as a very important trend to watch in 2016, citing Westpac Banking Corp's equity fund taking an equity stake in Australian P2P lender SocietyOne. In a similar fashion, Metro Bank aligned with Zopa to present its loans on Zopa's lending platform. This and Goldman Sachs partnership with Kabbage certainly raises questions over the future applicability of the "P2P" element in "P2P lending".

The MFC landscape in 2016 faces further potential "disruption" (setting aside any debate about whether it is meant in the Christiansen- or the tomato-sense), observed Mondato's CEO Judah Levine, from the attempted resurgence of retailers in the world of MFC, after having been overshadowed by tech and telco players for many years. It had previously been suggested during "the long '15" that Apple Pay and the arrival of something of a consensus on NFC had meant that the formerly possible, but unattractive, vista of a mobile payment app for each different retailer had been put to rest. Walmart, by going it alone while still pledging allegiance to MCX, has demonstrated that not to be the case: clearly a significant appetite still exists among retailers to "do a Starbucks".

And while Starbucks was, and remains, limited in its ambition and scope by its business model, the same cannot be said of retail behemoth Walmart. This raises the tantalizing prospect that it could be low-margin, high-volume retailers using a technology many had practically consigned to the scrapheap (QR/bar codes) who prove to be the most significant and effective drivers of mobile payment adoption and usage, rather than high-end, high-price tech players. Alibaba, along with Tencent, defied a government-promoted ban on QR codes for payments in China, and both are increasingly expanding their use. At the same time, however, Apple Pay has finally got the green light in the world's largest market, setting the scene, potentially, for an NFC v QR competition in a market one analyst has described as "perfect" for mobile payments - something that was reflected by China's mention from almost all of our commentators. And while China, like everywhere, has its own peculiarities, the 2016 retail v tech payments battle of China may well hold many important lessons for the rest of the world.


If there was one strong consensus to emerge from our discussions with our experts about 2016 in MFC, it was that there really was no consensus about how things will look in 12 months' time. There was a certain sense, though, that 2016 may well make it more clear who, in the long run, are likely to be winners and losers. From this standpoint it is not clear who will be on which side when it comes to separating the sheep from the goats. Perhaps, then, the Chinese were onto something when they gave sheep and goats the same name - yáng. It will only be when some start to slip and slide while others nimbly ascend to new heights that we will know which is which.
© Mondato 2016. Mondato is a boutique management consultancy specializing in strategic, commercial and operational support for the Mobile Finance and Commerce (MFC) industry. With an unparalleled team of dedicated MFC professionals and a global network of industry contacts, Mondato has the depth of experience to provide high-impact, hands-on support for clients across the MFC ecosystem, including service providers, banks, telcos, technology firms, merchants and investors. Our weekly newsletters are the go-to source of news and analysis in the MFC industry.
Click here to subscribe and receive a weekly Mondato Insight direct to your inbox.
Share this article:

What Does PSD2 Mean for You?