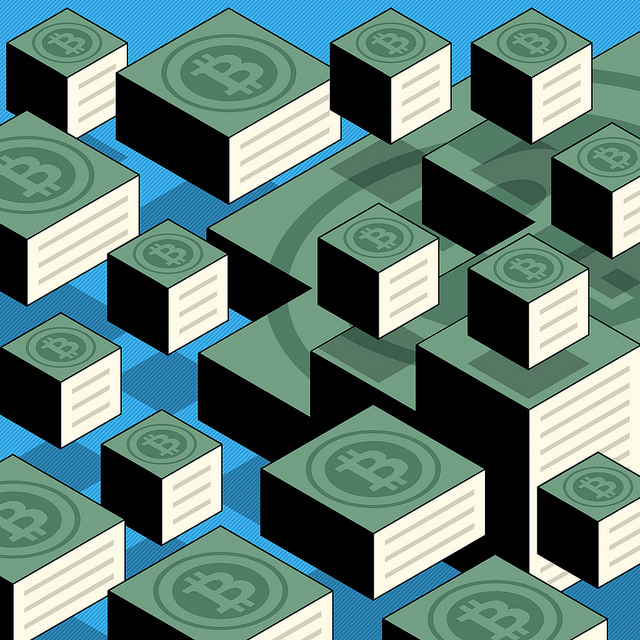 Once viewed suspiciously as the domain of speculators, anarchists and criminals, Bitcoin and the blockchain have come a long way in the past three years. And while the former's future as a currency remains a topic of debate, both big business and upstart startups have innovated to produce a wide array of alternative applications for Satoshi Nakamoto's brainchild. Even a number of national central banks (in many minds likely to be the last to embrace the concept of a decentralized cryptocurrency) are getting in on the act, as strong an indication as can be imagined that there exists a tacit acceptance that the blockchain, Bitcoin's underlying protocol, is here to stay. But in what form?

Digital and cryptocurrencies hold out the prospect of addressing the nagging concern of those who believe that the digitization of currencies and commerce is a threat to privacy and will allow ever more snooping on citizens and their spending habits by governments, or even corporations. This lack of trust in central-bank-issued fiat currency is ironic, given that a lack of trust in cryptocurrencies is arguably one of the main factors impeding their widespread acceptance and usage. As a prominent historian has observed,

The key to success for new payment technologies and digital currencies, moving forward, will be to carefully balance the need for trust that one's privacy is preserved along with trust that other people continue to trust in the currency as a store of value. For this reason, while it may serve bitcoin investors and hoarders well, the recent surge in the price of what is still the best-known cryptocurrency does little to assuage concerns that it is still too volatile to be trusted as a store of value. After all, would you trust that Bitcoin is the exception to the rule that what goes up, must come down?

But in a recent speech, the deputy governor of the Norwegian central bank (Norges Bank) implicitly admitted that the genie was out of the bottle in the sense that consumers must temper expectations about privacy with individual and business needs to be able to make payments in the event of a private bank or card network systems failure. Deputy governor Nicolaisen admitted that Norges Bank was already examining ways to bridge the divide:

One alternative being discussed is the introduction of electronic central bank money... consumers can have an account either at the central bank itself or in a system controlled by the central bank... or Norges Bank could issue a payment card or develop an app for consumers to use for anonymous payments.
Mr. Jon Nicolaisen, deputy governor of Norges Bank

So while it is unlikely that central banks are going to embrace bitcoin as a currency per se, it is clear that central bankers are considering co-opting its 'components' as a means to satisfy some of the demand it is clearly currently catering to. Irrespective of its own future, Bitcoin has set standards about what can be expected from any potential future digital fiat currency.

Somewhere, there is a strong need to evade capital controls. Blockchain uptake hasn't been this strong. Bitcoin: pic.twitter.com/F7S5ZUiKF9

Nevertheless, innovators in this space have quickly recognized the potential to exploit the blockchain in ways that require a lower trust level from the user, or at least require a user to trust, rather than to trust that others trust. The public ledger feature of the blockchain offers many opportunities in this vein: after all, as humans we tend to trust what we can see. One company that has been investing heavily in this aspect of blockchain technology is IBM, which has even gone so far as to recently announce that it has identified 'three blockchain principles essential for every CEO to consider'.

While perhaps 'principles' may be rather too grand a description of IBM's observations, their real significance may lie in the rather portentous tone with which IBM announced their 'discovery'. Nevertheless, the common denominator between them is the connection between visibility and trust that is offered by distributed ledgers such as the blockchain. Tangible benefits such as faster transaction speeds and reduced costs from eliminating trusted third parties all stem from the confidence that is generated by the networked transparency of the blockchain.

Notable sectors that stand to gain from the implementation of blockchain technology include those with complex international supply chains that require the transmission of large amounts of legal and financial documentation. Unsurprisingly, then, one of the first large scale applications to emerge from the IBM Blockchain is Japan's Mizuho Financial Group trade financing platform.

Letters of credit form the backbone of international supply chains. By sharing letters of credit digitally among all parties involved in an international trade transaction (importers, exporters, banks, insurers etc.), the transaction is made faster and more transparent: since no change can be made to the underlying document without the assent of all parties involved on the ledger, each can trust in its legitimacy even without knowing the other parties involved. Exchanges that used to take 7-10 days can now be completed in barely a few hours, producing massive efficiencies across supply chains and creating a new "gold standard" in business processes.

As Mondato Insight noted a few weeks ago, any single transaction system (or, "set of rails") is vulnerable to attack or failure, potentially paralyzing individuals, businesses or entire economies. And as the Internet of Things (IoT) has linked more and more devices around the world, so too has the firepower that can be gathered for a malicious Distributed Denial of Service (DDoS) attack on a company or organization's servers. As previously discussed, this means that the more digitized elements in an interaction are, the more they are vulnerable to paralysis and failure.

So, as an example, IoT devices will increasingly depend on biometric authentication which in turn will depend on cryptographic hashes, or codes, being transmitted to a third-party for authentication. By hosting the hash verification on blockchain nodes, it spreads it across multiple parties and servers, in effect creating a Distributed Denial of a Distributed Denial of Service attack, if you will. This should be of particular interest to stakeholders in places such as Kenya, where events such as the recent 24-hour M-PESA outage caused considerable frustration, and highlighted once again the potential systemic risks posed by one operator's systems dominating such a large slice of the digital economy.

And as well as providing a form of prophylactic defense against hackers, companies such as HYPR are working to increase the security and accuracy of real-time authentication processes by, perhaps counter-intuitively, facilitating the greater sharing of biometric authentication information between businesses across the blockchain. So, for example, if your cellphone has your verified fingerprint, a bank vault fingerprint scanner could authenticate you without the bank ever having taken your fingerprints, or having received them, by having your cellphone prove your identity via the blockchain, without the need for the bank and MNO's systems to be interoperable.

These developing blockchain use cases almost irresistibly lead back to the question of what the blockchain can do for payments. And while Bitcoin has hogged the limelight, and perhaps even tarnished the reputation of the blockchain as much as it has raised its profile, Ripple has been working away doggedly trying to create a new set of international payment rails in which banks can trust. The fact that Ripple runs on blockchain protocol comes as a surprise to many people (who have heard of it, of course) is testament to the business's efforts to create a trusted and dependable brand that transcends the vicissitudes of its brassier and more brazen cousin, Bitcoin.

And yet, Ripple's growing clout, and increasing number of bank and fintech partners, does point to the very real possibility that consumers and businesses could ending up trusting the blockchain while remaining skeptical about Bitcoin. Irrespective, with more and more potential use cases for public and private blockchains being explored every month, it is imaginable that in a decade or so the blockchain could be as fundamental to the functioning of the world as the internet is today. The question now appears to be whether Bitcoin itself will have a major role to play, or will it have been left by the wayside, after one-too-many breaches of trust?

Universal Basic Income: G2P On Steroids Or An Opening for Cryptocurrencies?