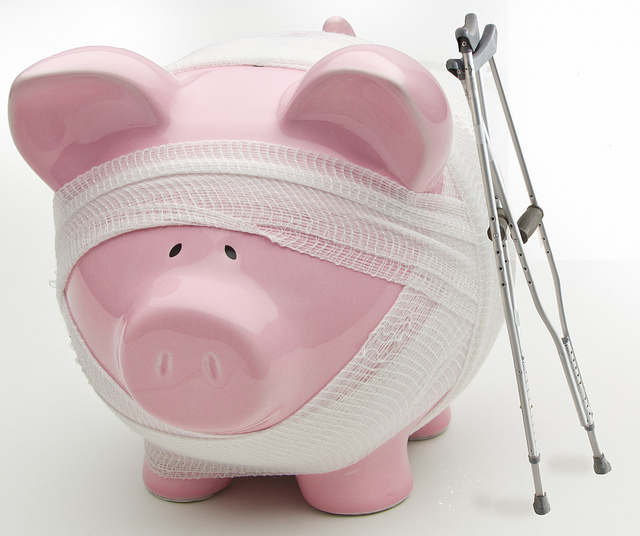 Banks! What are they good for? If you listen to some of the evangelists of the “disruptive technology revolution” you might be led to think that the answer is absolutely nothing. Nonetheless, as things currently stand, banks are still good for storing money in, borrowing money from, and retrieving money out of at a wide selection of relatively convenient locations. They also facilitate the remittance of money to companies or people of your choosing (or though obligation), and can change money from local into a foreign currency, should you need or want it. Many of these services, of course, come with a fee attached. The big question on the lips of many in the fintech world is whether and for how long is this model sustainable, or will banks suffer “death by piranha” as disruptive startups nibble away at their vulnerabilities.

No-one knows what tomorrow’s bank customers will want from their bank. They are likely to require the same cycle of banking products that their parents and grandparents did – checking, savings, loan, pension, mortgage – but that is by no means certain. “Disruptors” may enter any of these spaces and provide a more attractive value proposition than a bank may be able to, attracting customers to avail of quasi-shadow banking services. It is also possible, however, that banks may enter the space currently being staked out by disruptors and elbow them out of the way, or at least be competitive with them to the extent that they are subsumed again, to a greater or lesser extent, within the framework of “banking”.

The most obvious example in this area is the world of P2P lending, where platforms like Lending Club connect creditors and borrowers (for a fee), and which currently generates impressive rates of return for investors in the present economic and interest-rate environment. Presumably attracted by the smell of money, Goldman Sachs’ entry into this space, however, points to the capacity of major financial institutions to enter into any market in which money is moving. If “lending marketplaces” end up connecting large numbers of borrowers to formal financial institutions, the attention of regulators is likely to follow as surely as night follows day. Currently able to avoid more stringent KYC/AML compliance costs, their imposition and different economic winds could conspire to squeeze one of the P’s out of P2P. The result could be banks and customers in a relationship intermediated by a third-party platform.

In a slightly different ‘context’, we are already seeing this through services such as Moven, a smartphone banking app that comes with a debit card and bank account at CBW bank. Moven aims to give users more control over their money by leveraging mobile and social data and delivering a customer experience (CX) in that manner that millennials have come to expect from other services. The driving force behind it is the well-known banking futurist Brett King. King is invested, both intellectually and financially, in the transformational capacity of “context”, in a world that is predominantly digital and mobile. In a recent Twitter debate (worth reading) with mBank’s managing director of marketing and business development, Michal Panowicz, King made the bold statement that “Experience will trump products. It won’t be about bundling or unbundling. It will be about redesigning context.” King believes that bank consumers of the future will have a focus on CX that only startups have the agility to create, a forecast that, naturally, Panowicz refuted. Neither, however, foresaw banks being cut out of the picture to the extent that some others occasionally forecast.

The revolution will be digitized

At the core, then, of this issue is the extent to which fintech really is “disruptive” and poses a major challenge to banking structures as we know them. Companies like Moven cannot, at least in their current form, function without the underlying banking structure on top of which they sit. From a consumer perspective this may not be a bad thing, if they can successfully bring a superior CX and cut costs for the consumer by squeezing the underlying banks’ margins. But what of other ‘innovative’ examples of fintech? There are certainly many close observers of the banking industry who believe that much of what is being touted as ‘innovation’ is actually just a repackaging of more traditional banking in a snazzy app that skirts around regulation and compliance norms to which banks are subject.

In this particular area, regional variations come to the fore, which may result in divergent models of banking emerging across the globe. As *Mondato Insight *noted some time back, innovation looks very different depending on where you are in the world. Some European banks have been forceful in inserting themselves into the conversation and developing digital tools that may meet current and/or anticipate future customer needs. (see Zapp in the UK, BBVA’s embrace of Dwolla in the United States, or La Caixa in Spain’s open APIs and bundling of apps, for examples.) The U.S., however, has struggled under the weight of fragmentation and is perhaps more open (or vulnerable, depending on your perspective) to more radically disruptive innovation, wherever that might come from. And in developing economies, of course, innovations such as mobile wallets and bitcoin hold the potential to change enormous numbers of lives.

The desire of fintech enthusiasts to see bank customers embrace new technologies has to be set against customers’ attachment to their current bank and their trust in it, despite all its inevitable shortcomings. As *Mondato Insight *noted a few months back, customers fundamentally trust banks because they have faith in their security and the security of their money. Any startup or new technology will have this enormous hurdle to overcome in order to reach the sort of scale and volumes that will make them real competitors. And, as we saw a decade and a half ago with PayPal, there may only be room for one to emerge with the capacity to survive in the medium term in what is becoming a crowded space. This also plays to banks’ strengths: the hassle and real-life disruption that would result from a start-up failure in the fintech space, even if the customer’s money is insured, will act as a great impediment to adoption and usage. The potential for innovation to become an incremental competition among existing players is very real.

Show me the money

The final factor that may determine what the bank of the future looks like is the bottom line: how will a bank know when it has been successful? Across what time frame is the ROI on a 10-figure IT overhaul to be measured? How much free rein should pilots, experiments and incubators be given before they prove their worth or damage the brand? Will the customer or the shareholder guide the path to the bank of the future?

The answer to this question may well take us back to the first point. The current generation of millennials has come of age in an unprecedented technological, economic and policy environment, and is increasingly turning their back on lifestyle choices that were taken for granted in generations past. When it comes to their banking needs, millennials don’t know what they want, but they do know they want it now, they want it digital, and they want the option of having it mobile. This leaves a huge opportunity for truly disruptive innovation that not only moves into a space left open by established players, but which also successfully anticipates what customers want before the know it themselves. We will only find out what and who that is when the customer does. But the odds still appear to be somewhat stacked in banks’ favor.

Can Mobile Money Improve Your Health?

Will Apple and Samsung Get Zapped?