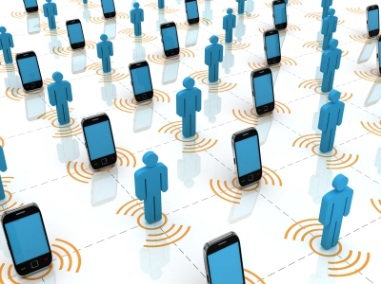 In the emergent tech-infused financial services ecosystem, social networking tools play an increasingly important role both in marketing and in adding value for users. In the mobile financial services (MFS) sphere, where new players consistently struggle with encouraging user adoption, leveraging social networks offers a key strategy for developing a strong and engaged user base.

The idea of the “network effect” is particularly relevant in the MFS sector, with MFS services becoming more useful as more people adopt and use them. There are multiple tactics that MFS companies use to build their networks, with one being to leverage existing online social networking platforms, such as Facebook or Twitter. Linking payments to social media can be done in different ways, from enabling payments within the social network itself, to offering credits for those who share the service via their social networks.

Emergent MFS players are experimenting with ways to integrate social media into their products and marketing campaigns. Azimo, an online money transfer service, has made social media a cornerstone of its offering through integration with Facebook. In order to use the platform, the money sender invites the intended recipient to sign up for Azimo via Facebook. The recipient then logs into the Azimo Facebook app to enter the transaction details, including where they want to receive the money.
For Azimo, the decision to integrate with Facebook was based on one key fact: of UK-based remittance senders, nearly three-quarters regularly use Facebook, and of those, over 60 percent were connected via Facebook to the intended recipient. Shifting remittances online and leveraging the Facebook platform, Azimo can offer fees that are 80 to 90 percent cheaper than traditional money transfer companies, according to founder Michael Kent (see previous Mondato newsletter).

Other MFS startups, such as Venmo, LevelUp, and Moven, leverage social media to build an engaged customer base. Venmo, which has been deemed the “spawn of Facebook and Google,” offers a social component to create engagement with their platform. Specifically, Venmo integrates with Facebook to show users a running tally of how much their friends have paid one another for different services (though this feature can be toggled on and off, if you prefer your privacy).

According to a Slate article on the platform, “Venmo wouldn’t be nearly as useful if it didn’t have the social buy-in from people in your social network—that’s where the evangelizing comes into play. The simple act of convincing enough friends to use the service makes it useful.” However, others have raised skepticism that consumers will be willing to mix their banking data with their social networks, according to a recent Mobile Commerce Daily article.

And The Research Says…

A separate report, written by Intermedia based on research in Tanzania, similarly pointed to social networks as a key driver of mobile money adoption. According to the report, one-third of registered m-money users said they were motivated to sign up for an account by another individual, with recommendations from friends and family members serving as the most popular motivator for adoption (page 14).

While this research was conducted with a focus on emerging markets, where mobile money has reached scale much more quickly than in developed economies, the lessons are likely applicable globally. Just as we have seen in the telecom industry, social influence is clearly an important factor in driving usage of network-based services, of which mobile money is one. As a core network begins to form, the service can take off at a faster speed, with more people seeing utility in the platform.

As MFS providers look to crack the chicken-and-egg problem facing the industry and get more users on their platforms, social buy-in could be a game-changing factor. Social, word-of-mouth, networks offer an affordable and effective form of marketing, which can be accelerated by leveraging online platforms such as Facebook or Twitter.

Venmo, for instance, was able to gradually carve out a niche user base by leveraging social media channels. The service was even toted by Slate as “the quintessential app for the urban professional twenty-something,” capitalizing on “our social media fetish and on the stinginess that comes with working underpaid jobs.” This perception as a platform for the hip and young may largely result from the integration with social channels.

Of course, consumer adoption is only one side of the mobile payment adoption puzzle. But it is an important piece, and consumer adoption can, in turn, drive merchants to get on board, closing the loop. As for any MFS tactic, achieving social buy-in is not a silver bullet, and ensuring effective technology, consumer education and strong merchant networks are all equally important. But social networks can create a critical mass of support which can set a service apart from the masses.

Can Banks Survive (And Thrive) In the Digital Era?