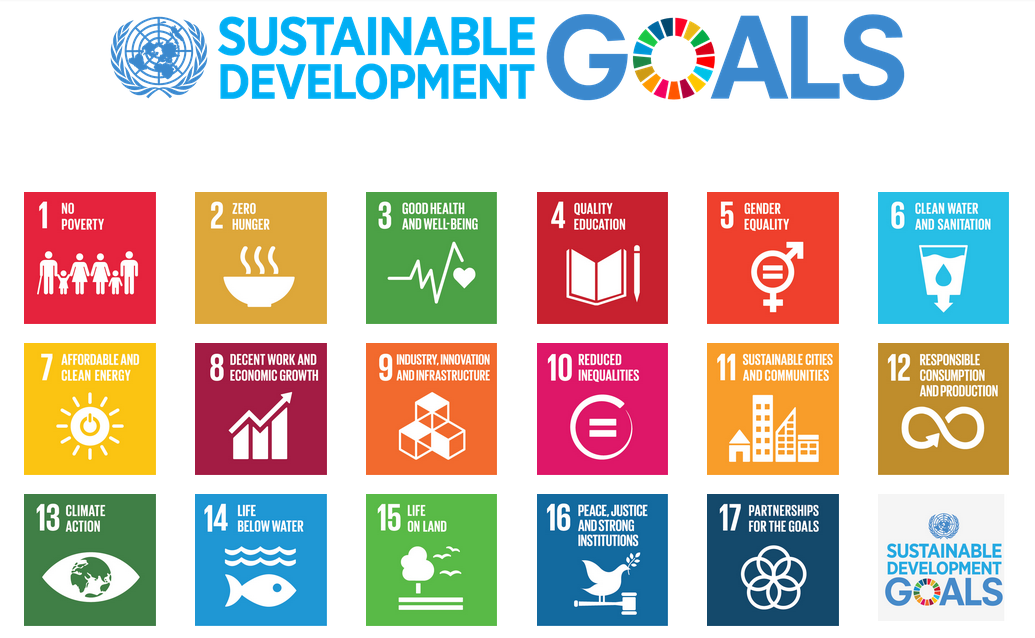 You would have to have been in a cave for the past week to be unaware of the fact that Pope Francis visited the United States. The Catholic Pontiff’s speech to the United Nations General Assembly hogged most of the headlines from the U.N., and indeed largely overshadowed the event to which the Pope’s speech was merely the curtain-raiser: the United Nations Sustainable Development Summit. The Summit met to endorse the Sustainable Development Goals (SDGs), the successors to the Millennium Development Goals (MDGs) whose target and expiry date are 2015.

The world has changed dramatically in the intervening period. When the member states of the United Nations adopted the MDGs in 2000, there were fewer than 1 billion mobile phones<!--- what is the source of the 1 billion number? please link to it---> in the world, concentrated in the hands of the prosperous in developed countries and the wealthy elites of developing economies. Mobile financial services did not exist, and the mobile channel was not on the development agenda when the world welcomed the new millennium and set development targets to be realized by 2015.

Fast forward 15 years, and we are now in a world where the mobile phone is a necessity to which most people, irrespective of their country of origin or economic status, can scarcely imagine living without access. Six out of every seven of the world’s mobile subscriptions are in developing countries, and over half of the world’s 7.3 billion inhabitants have a mobile phone subscription. <!--- what is the source of these figures? please link to it---> Any new set of development goals that did not feature a prominent role for the mobile channel or factor in its potential impact would stand out as a product of 20th-century analogue thinking in a digital 21st-century world.

Looking then at the new set of goals, it is clear that mobile financial services have a role to play in, or are connected to, at least half of them, and (at a stretch) could be encompassed by all of the first 11 of the 17 SDGs.

And perhaps even the stretch is not too fanciful, if we consider that Mondato Insight has over the past few years devoted an edition to almost each one of these 11 goals:

But has the mobile channel got anything unique to offer the SDGs other than being a subset of new financial inclusion methods?

While the Pope was hogging the headlines, in the background to the U.N. General Assembly a number of countries came together under the auspices of the Better Than Cash Alliance to discuss how the transition from cash2digital can be facilitated by governments "leading the way". Unsurprisingly, the impact that this could have on the realization of the Sustainable Development Goals also featured as a significant part of the discussions. 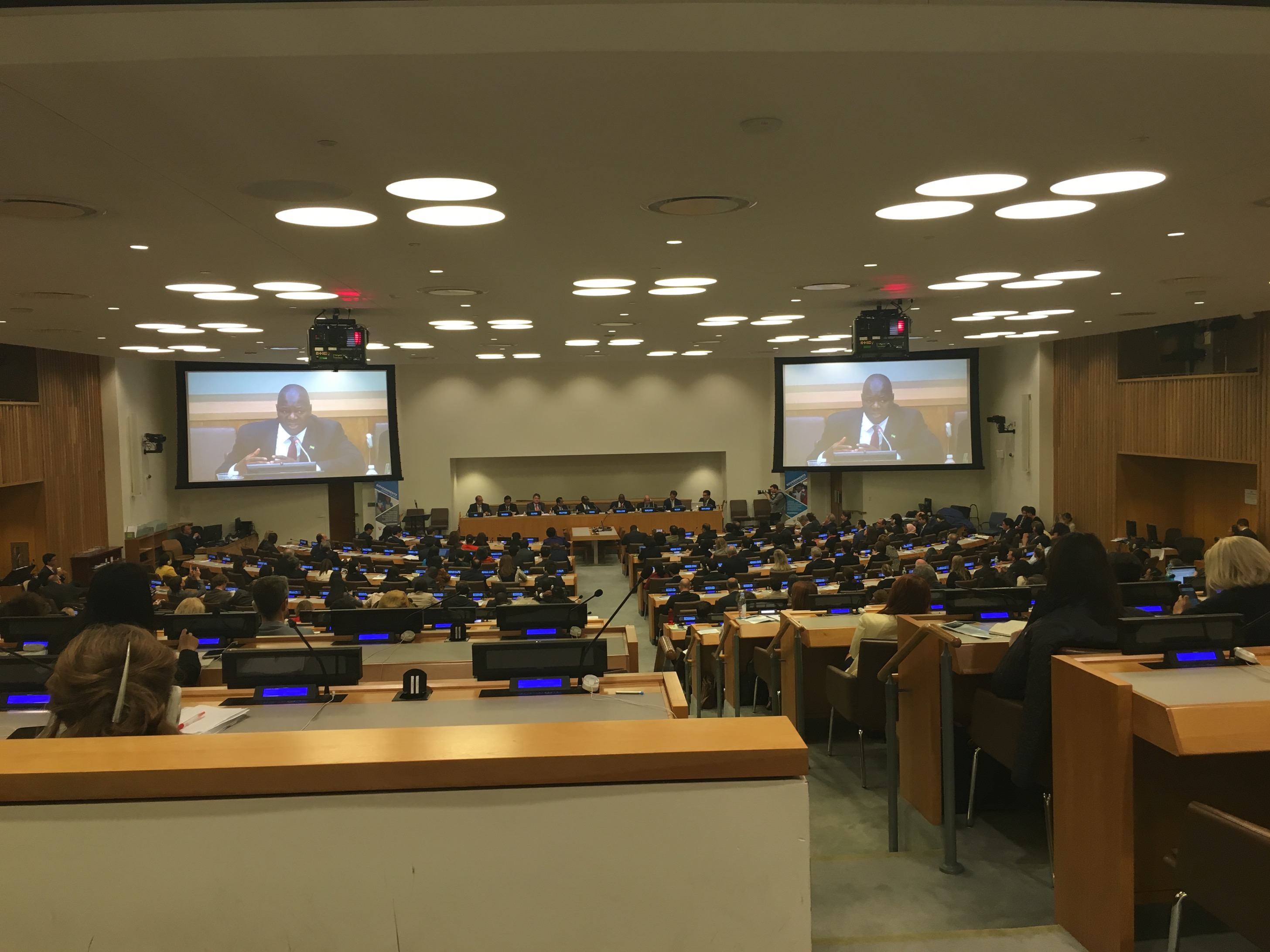 Sierra Leone's finance minister speaking on the ministerial panel at the UNDP/Better Than Cash Alliance cash2digital event. Also present are the former Peruvian Finance Minister and current Ambassador to the United States; the Finance Ministers of Colombia, Bangladesh, and Rwanda; the Minister of Social Development of South Africa; the Belgian Deputy Prime Minister and Minister of Development Cooperation and Digital Agenda; and senior government representatives from Indonesia and the Philippines.

Represented at the event by Presidents and Finance Ministers were most of the countries that could be considered the movers and shakers (and those who would like to be counted among their number) in the world of mobile money. And while the broad theme was digital payments and financial inclusion, speaker after speaker kept circling back to the singularly important role that mobile money had to play in advancing both agendas. President Jikaya Kikwete of Tanzania<!--- This link does not seem to work --->, in particular, made the strong case for the critical role of mobile money in financial inclusion, and emphasized the need for regulators to adopt an enabling approach towards the sector, and permit telcos to issue e-money. The efficacy of this approach was to be seen in his own country, said President Kikwete, as the proportion of the population without access to financial services dropped from 55% to 23%, largely as a result of the 6 million Tanzanians who use mobile phones for savings.

As Mondato Insight has discussed previously, governments can play a central role in the development of the digital ecosystems that are necessary to facilitate and encourage the recycling of digital funds, rather than the all too common scenario of citizens/consumers cashing out. This was a message that the government of Rwanda has taken on board, according to its Minister for Finance, Claver Gatete, who announced a target of 80% financial inclusion by the year 2017, and 90% by 2020. Key to the success of these goals was the recycling of digital funds within the system, encouraged by interoperability, both at the MNO level, and transnational co-operative initiatives such as the East African Payments System<!--- This link does not seem to work --->.

Obviously there is considerable interplay between many of the different SDGs, and advances in one could have a positive impact on several of the others. Nonetheless, the positive impact that financial inclusion, often delivered via the mobile channel, can have on the lives of women in developing economies was one specific goal that speaker after speaker returned to. UNDP's Administrator, former New Zealand Prime Minister Ms. Helen Clarke, noted that inclusive finance is included in the targets of seven of the seventeen goals, as a result of its capacity to reduce poverty, promote food security, enable economic growth and empower women. And in announcing the decision by the United Nations Secretary General Ban Ki-Moon to have the UN Secretariat join the Better Than Cash Alliance, his special representative noted that shifting to digital payments via mobile phones or prepaid cards could also help finance the attainment of the SDGs through lower transaction costs, greater transparency and increased efficiencies.

Women, and their dependent children stand to make the greatest strides forward through the realization of this agenda. As one of the speaker's observed, women take home 90% of the earnings, while men only bring home 35%. Though there are many factors at work that can partially explain the discrepancy, other than male debauchery or egotistical extravagance, it has been well documented in microfinance that women are a much sounder investment than men. Beyond that, however, mobile financial services offer new and unique opportunities to women in developing economies to save securely, earn interest, keep their earnings beyond the reach of their husband, and make available to them via agent/branchless banking mobile money, access to services and opportunities that were previously beyond their reach due to their familial and agricultural responsibilities at home.

'Make cash history' was one of the by-lines of the event on Saturday, though that prospect seems even more unlikely than making poverty go the same way. However, when looking at strategies for attaining the SDGs, there is a very strong argument that perhaps some of the largest returns on investment could be achieved by empowering women by putting mobile phones in their hands and providing them with financial products and services that meet their specific and unique needs and preferences. Mao Zedong once famously said that "women hold up half the sky"; in the 21st-century, they might, simultaneously, be reaching for better mobile reception.

Caption: 'Women Hold Up Half the Sky"

What's the Next Big Thing in Fintech - Finovate Fall 2015