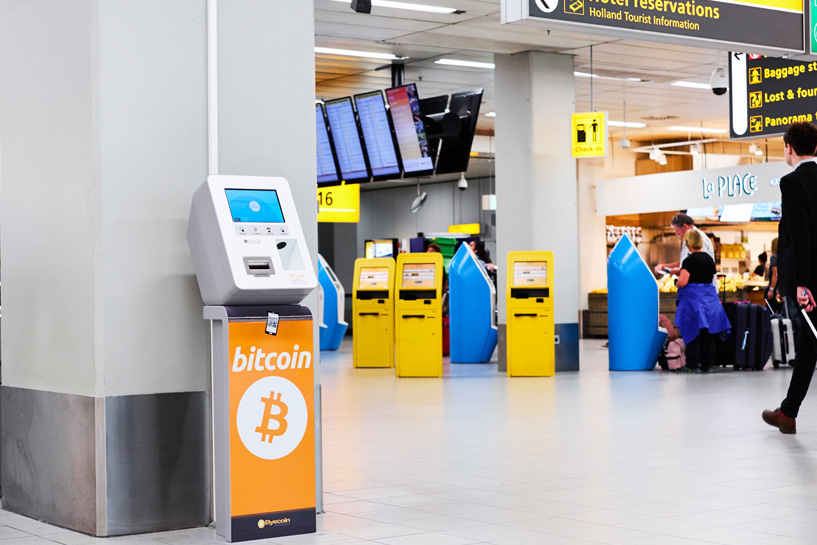 The Economist this week unabashedly published the headline, "Bitcoin and Other Cryptocurrencies are Useless." The article's thesis asserted that the decentralized, digital currencies are little more than a trap - or goldmine - for speculators, shadowed as they are by unruly volatility. But, volatility is a natural consequence of an illiquid market (for a more technical perspective on the relationship between asset volatility and liquidity, see here). And, as reasoned by former foreign exchange dealer and current Chief Executive Officer of B2C2 Phil Gillespie at the SPOT Conference this July, similar to the plotted historical data of fiat, volatility will abate as liquidity improves. 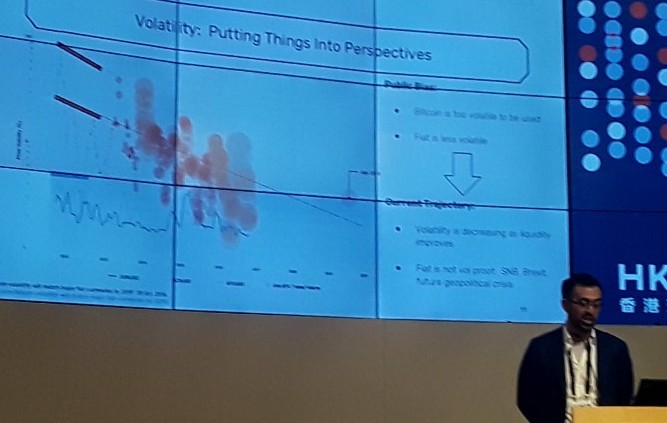 If cryptocurrencies cannot honor the promise that, as an asset, they can be "converted into an expected amount of value within an expected amount of time," then perhaps the Economist isn't too far from the mark. So, how liquid are cryptocurrencies? Not only is this question central to their 'function' as a medium of exchange, but also to whether or not they remain the playthings of investors and technologists comfortable in wealthy countries, or in reach of the global masses who depend on liquidity to navigate cash-heavy economies.

Just A Trade Away

For most cryptocurrency aspirants, exchanges, or digital marketplaces that facilitate the buying and selling of cryptocurrencies to and from another asset (whether fiat or a separate cryptocurrency), are the gate keepers of flows in and out of crypto-ecosystems. A greater overall trading volume communicates a more liquid exchange. That same logic applies to individual cryptocurrencies, and according to CoinMarketCap, Bitcoin, Tether and Ethereum ranked as the most liquid coins as of September 2018.

Now, as to whether we can describe exchanges as liquid in absolute terms is a complex ask. Certainly, relative comparisons can be drawn. Binance, OKEx, Huobi, ZB.COM and Bitfinex, according to self-reported data anyway, move more trades and are therefore more liquid. Experts, by and large however, still describe cryptocurrencies as an illiquid asset - in fact, by two to three orders of magnitude more so than the Euro equity market even in the best exchange scenario (Bitcoin). 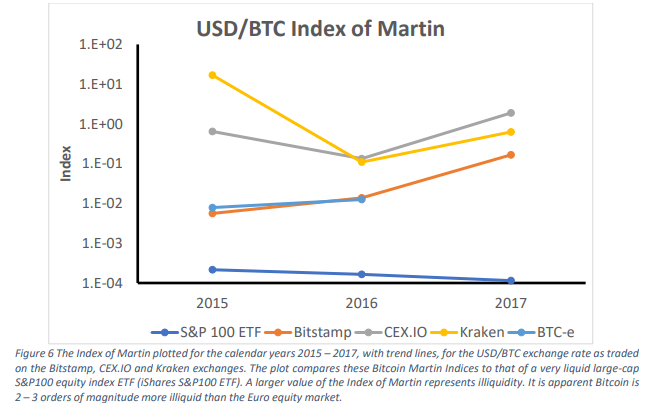 A study earlier this year, too, recorded a great deal of slippage when USD$50,000 of particular cryptocurrencies were liquidated on popular exchanges like OKEx, Bitfinex, Kraken and GDAX. If a sell order of USD$50,000 can throw the prices on some of the industry's largest exchanges, claims over true liquidity seem dubious. And what's worse, the path to more liquid exchanges is impeded by shallow capitalization, operational failures, high-profile hacks, endless supply-demand market mismatches, hoarding and variant exchange rates and transaction fees among the exchanges themselves (hello, arbitrage).

With these caveats aside - and their ultimate cyclical impact on volatility - exchanges adequately suffice for the average individual's needs who is tinkering with anywhere between a few hundred to tens of thousands USD. Many of the exchanges, unfortunately, are regionally clustered and are only accessible to a financially literate, banked clientele (most exchanges require payment by either bank account, a debit card or a wire transfer for a conversion from fiat). The purchased crypto is then deposited in the exchanges's proprietary wallet. While some exchanges allow for the direct deposit of tokens into a third-party wallet, most require the extra step of initiating a transfer. 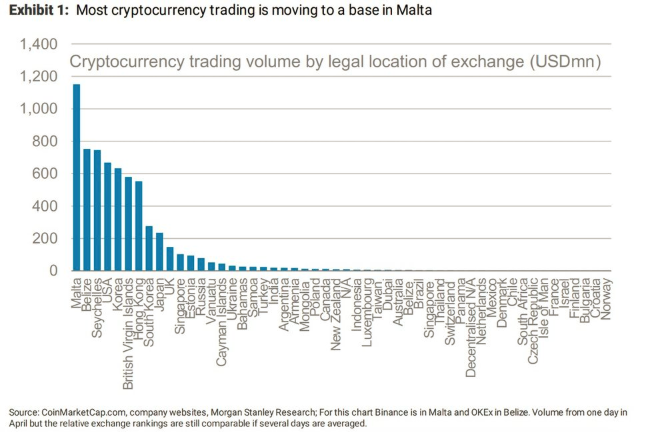 Most exchanges are serving North America, Europe and East Asia. Even the one-offs, headquartered as they are in Belize and Seychelles (second and third respective as far as trading volume goes), are motivated more by lax regulation than becoming a catalyst for the countries' domestic crypto scene. BitMex, now notorious for renting the 'priciest office' in not just Hong Kong, but the world, is incorporated in the Republic of Seychelles. If the major exchanges were to set-up shop in developing or frontier economies, there likely would have to be a 'remodeling' on the fronts of available payment instruments, KYC compliance for document-light customers, user experience friendliness, mobile-first design (desktop accounts for 76 percent of exchange visits) and options for trades into fiats outside of the US Dollar, Euro or British Pound. 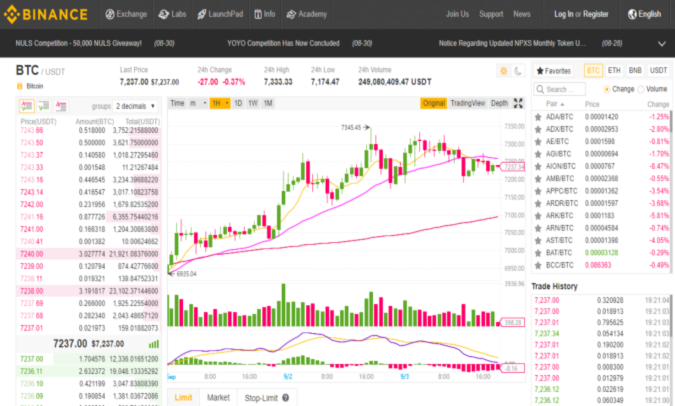 Some exchanges, well aware of the usability and liquidity issues just mentioned, have exerted themselves to be the platform of the average joe instead of the quasi-professional crypto trader. And perhaps none more so than Paxful. Paxful's first claim to fame was rooted in the Backpage controversy of 2015, when Visa and Mastercard withdrew its payment processing capabilities from the site due to its closeness with prostitution. In a reactionary turn, Backpage approved Bitcoin as a way to redeem credit to post classified ads. Suddenly, Paxful (in part spurred at the recommendation of Backpage) was overrun with a fairly tech-green stampede of users.

In order to differentiate itself from other traditional exchanges, Paxful has solidified its user experience, shored up its customers' trust and integrated 300 payment options. The latter is particularly decisive given the peer-to-peer nature of Paxful's exchange service. First, someone sets the conditions of a Bitcoin trade by dictating both the premium on top of the Paxful Bitcoin exchange rate and the desired mechanism of payment, which could include a gift card, PayPal or even a good old fashioned cash hand-off in a real life encounter. Once the trade is locked in by two parties, Paxful escrows the Bitcoin, a fairly simple task to do in the US since its classification as a commodity. The party that is parting ways with the Bitcoin then releases it from escrow to the buyer's wallet after receipt of the agreed-upon cargo, whatever that might have been.

As one side of every trade is always in Bitcoin, Paxful has observed the cryptocurrency's raw potential as an intermediary between both discordant payment systems and hard currencies across borders as international demand for it remains steady.

"The activity we have seen in Nigeria is case and point. Buried under foreign exchange controls, small time entrepreneurs that depend on imports are among those suffering. To avoid the restrictions, business owners typically engage in a two-sequenced event. Bitcoin is purchased locally in Nigeria on Paxful, usually through a bank transfer for larger amounts. That Bitcoin is then re-posted and swapped for Alipay. Orders are then completed on Alibaba with the Alipay, and the merchandise is shipped to Nigeria."Elliott Hoffman, Vice President of Business Development at Paxful

Corroborated by its own market research, Paxful appears to have added greater liquidity to the globalized e-commerce market through crypto, as the world's population finds workarounds through localized means to access previously off-limits digital markets.

Of course, Paxful has, too, documented the use of its platform as a glorified remittance channel. Regrettably, many would-be customers in the remittance space are too financially or technologically illiterate to independently manage even the most user-friendly of crypto-platforms (some, also, may have apprehensions over a thing that for all intensive purposes, is a black box). It is in these instances that players like Spark act as holistic brokers, with sizable chunks of its user-base blissfully unaware that it is its reliance on crypto-tokens which keeps its fees so competitive.

The back-end is conceptually the same as exchanges, which is executing trades through specific crypto-fiat currency pairings. The difference here however, is that the tokenized currencies traded in this scenario are the creation of Spark, which are pegged to 180 fiat currencies that are then bidded for on the Bitshares Blockchain (among others, for now) in exchange for Bitcoin.

To ensure liquidity, and avoid volatility, both trades are instantaneous (from one pegged cryptocurrency to BTC, and then from BTC to another pegged cryptocurrency). If a willing buyer isn't lined up for the latter trade, the trade is declined. Many orders are therefore pre-funded, and no funds are ever held in unpegged assets. Spark also takes advantage of arbitrage and increases its trade activity in a corridors where the market rate is attractive, thereby hedging its own liquidity. This process remains the same for both the platform designed for enterprise Money Transfer Operators (MTOs) clients (many of whom were hit by de-risking), and the mobile app marketed to retail customers like Overseas Foreign Workers (OFW).

So, while the back-end mechanics are clearly crypto-heavy, the front-end for retail resembles something akin to a mobile money agent network. A customer can walk into an inclusion point, slip the money to the teller, and the crypto-credit (again, pegged to the very same fiat currency) is delivered to their wallet via Spark's mobile app Sendy. That money can then be moved and cashed out at more than 100,000 cash-out destinations in Indonesia, the Philippines and Vietnam.

Cryptocurrencies are not in a pretty box right now. There is a large learning curve to mastering them, and this is not a priority for many of the MTOs and OFWs as they care about rates. If we want someone's business, why would we expect them to take the time to acquaint themselves with navigating exchanges? We accelerated our own scale by cutting out the step of acquiring Bitcoin. The inclusion points now mimic many of the agent networks the unbanked are already plugged into." Maxine Ryan, Chief Operating Officer at Spark

How do consumers currently 'visualize' the liquidity of their digital bank assets? As far as changing it into cold-hard cash goes, most would probably answer the ATM. If cryptocurrencies could, figuratively, camouflage themselves and appropriate more mainstream rails, it might help to expand their mass appeal. As of September 2018, there are more than 3,674 cryptocurrency ATMs installed worldwide, and of those, 2,094 support altcoins. 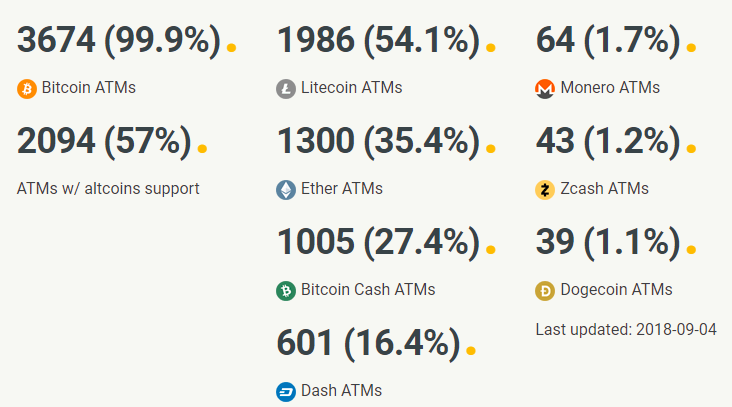 Tentatively, ATMs could be great outposts to service the unbanked as the barrier of entry is low. Anyone with a smartphone could open an account with a third-party wallet provider like Bread or Copay and meander on over to a crypto ATM. The QR code generated on the ATM's screen is scanned within the wallet to disclose the account's address. Subsequent bills inserted into the machine are converted and the crypto equivalent materializes in the wallet's balance. The sell functionality differs marginally.

But, crypto ATMs are not without their own limitations. North America and Europe's stock comprises 95 percent of the crypto ATMs deployed at present. The average processing fee also rests at 8.19 percent, a prickly price to stomach compared to most exchanges. Brick and mortar over-the-counter (OTC) money exchanges that accommodate crypto-trading to and from fiat might be a happy medium, much like that of Ignite OTC who now runs a booth in Hong Kong's infamous Chungking Mansions. It could be the equivalent of the agent network model popularized by mobile money for cryptocurrencies. What a wild thought.

Digital Credit Is Easy, But Is It Too Easy?