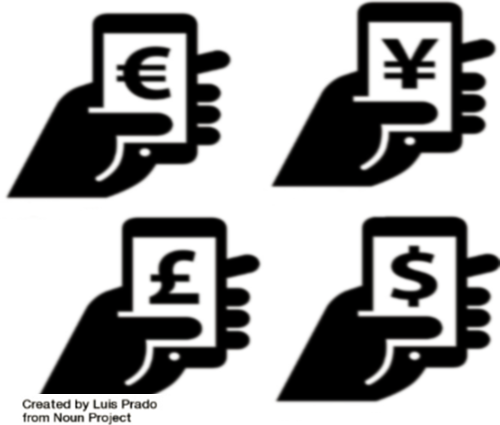 Access to credit is a key element of financial inclusion, and over the past five years has become one of the most visible aspects of the enormous strides that have been made in its name.

Financial inclusion means that individuals and businesses have access to useful and affordable financial products and services that meet their needs – transactions, payments, savings, credit and insurance – delivered in a responsible and sustainable way.
The World Bank, 'Financial inclusion is a key enabler to reducing poverty and boosting prosperity'

In few places has this been more obvious than Kenya, whose M-PESA mobile money deployment has in recent years transitioned from being a person-to-person (P2P) platform, to supporting a much fuller range of financial products and services that fulfill the broader financial inclusion agenda. M-PESA's success has also spurred other players to experiment with their own offerings, most notably Equity Bank's launch of its own MVNO, Equitel, which facilitates access to a suite of "Eazzy" services from the bank, including "Eazzy Loans."

The result has been a massive expansion in the availability of credit in the country. Quite remarkably, more than one in four Kenyans (over six million people) has taken out a digital loan, according to a large survey carried out by FSD Kenya in conjunction with the Central Bank of Kenya, the Kenya National Bureau of Statistics, and CGAP. Even more remarkable than the raw number of digital borrowers is the fact that over half (63 percent) of those who have borrowed digitally have taken out a loan in the past 90 days. This statistic alone should raise important questions about the health and sustainability of the digital credit market in Kenya. These figures seem to suggest that the Kenyan digital credit market has a very robust market of repeat borrowers who faithfully repay and then borrow again. If that is the case, long may it continue.

However, the frequency of such loans, combined with their relatively high interest rates, should give pause for thought. Are repeated high-interest short-term loans really the best option for the 37 percent of borrowers who use loans for business purposes, or the 20 percent who use digital credit to pay for school fees, or is it the case that the market has yet to catch up with the needs of borrowers?

Indeed, while marveling at the impressive numbers of loans that digital credit providers are posting it is perhaps easy to forget that these sorts of short-term loans are only meant to be on-ramps for larger, cheaper loans from formal financial institutions (F.I.) or similar entities. For it is not the case, as external observers sometimes assume, that exclusion from F.I.s means that prospective borrowers are shut out from credit. Far from it: digital credit providers in all markets operate in a competitive marketplace alongside loans from family and friends, store credit, chama loans, Savings and Credit Cooperative (SACCO) loans, bank loans, micro-finance loans, and hawala, among others. If "financially included" individuals are unable to access cheaper credit in larger amounts than before, then the customers' needs are not being met and they are not truly "financially included."

As has been noted in the past in Mondato Insight and by many other observers, this lesson was only slowly learned by many formal F.I.s in the past. Whether in Malawi or Myanmar, when creating offerings for unbanked and underserved customer segments F.I.s have often failed to properly recognize or understand the competition they were up against, leading to financial products that did not fit the market they were being offered to. After all, it is nearly impossible to craft an attractive value proposition when you don't know what your competition is.

This competition is highlighted by the findings of FSDK's own survey:

Of course, as every freshman statistics student learns, correlation is not causation, and these results cannot be taken as evidence that access to digital credit is opening up access to bank and SACCO loans. At the same time, however, it doesn't disprove it either, meaning that more research is needed to discover what, if any, new credit lines at banks and other F.I.s are being opened up as a result of borrowers having established a solid credit history via mobile/ digital credit channels. Is digital credit really furthering financial inclusion? But the reason why a gambler borrows money may very well be in the eye of the beholder: if Customer A uses his mobile money to buy airtime and then takes out a digital loan in order to gamble, while Customer B gambles away his mobile money and then has to take out a digital loan to buy airtime credit, can we really say that A's reason for getting a loan is sports betting but B's isn't? As well as leading the way in mobile money, Kenya is also Africa's hottest gambling market, according to a 2017 poll of smartphone users aged under 35 in a number of Sub-Saharan African countries.

The survey's participants were self-selecting and taken from a pool that is not necessarily representative of the general population (likely skewed towards more affluent urban males), meaning that the raw numbers should be taken with a pinch of salt. However, the like-for-like international comparisons are worth considering, supporting as they do significant anecdotal evidence about the prevalence of gambling in Kenya, including warnings that gambling addiction is becoming a serious social concern.

According to FSDK and CGAP's figures, 14 percent of digital borrowers have concurrent loans, which of itself need not necessarily be a sign of over-indebtedness. However, the high levels of interest being repaid on multiple loans ought to be of concern, in the same manner that similar loans from "payday" and "online" lenders have been the subject of significant debate in other, more developed, markets.

One such example is in the U.K., where the country's largest payday lender, Wonga, is in serious financial difficulties due to a surge in compensation claims against the company from borrowers. And while the plural of anecdote is not data, it is perhaps revealing that in the reporting surrounding the company's woes, the first person Britain's Channel4 News found to put on camera to discuss the matter was a gambling addict who funded his addiction through digital credit.

The connection between digital credit and mobile betting deserves a much closer examination, perhaps in the form of a "financial diary" deep dive analysis, before we declare the link between the two to be a weak one. Since 1 in 4 Kenyans is self-employed, for the reasons noted above the declared purpose of loans for "day-to-day" or "business" needs could well be masking the role of mobile betting in creating those "needs" for credit.

Experience elsewhere tells us that easy credit and online gambling make for a potentially ruinous combination, and the attraction of "getting rich quick" is surely even stronger for people living in absolute rather than relative poverty, and where watching televised sport is a popular pastime. Given the plethora of unregulated lenders flooding the Kenyan digital credit market, and the rise in gambling addiction in the country, perhaps it is time that stakeholders examined more closely whether access to digital credit is actually helping fuel the growth of micro- and small-businesses, rather than just the profit margins of digital lenders and online bookmakers.

How Liquid Are Cryptocurrencies, And For Whom?

Impact Investing: From Microfinance To Fintech