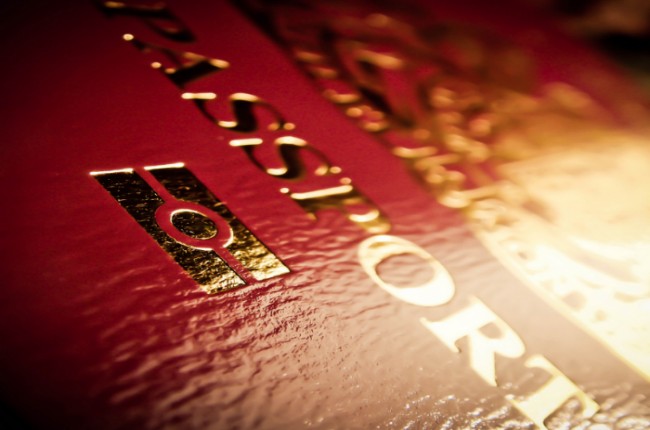 A movement has been gathering steam in recent years focusing on the potential of digital identity to unlock “identity capital” (estimated to grow in value to over 1 trillion Euros in Europe by 2020) in emerging markets. At the Davos summit in January, while the world heaved a collective sigh of relief at President Trump’s uncharacteristically disciplined performance, private sector and civil society stakeholders convened to affirm their commitment to advancing the digital identity agenda in 2018.

Mondato has explored some of the most promising implementation examples of the digital identity revolution, including Aadhar, a component of India’s innovative digital infrastructure and development-oriented applications for distributed ledger technologies. As with most multi-stakeholder objectives, the digital ID challenges are multiple and interlinked, and given the funding gaps required for achieving universal identification by 2030 according to SDG goal 16.9, the WEF looks squarely to the private sector in addressing the needs of the 1.1 billion individuals without a form of verifiable identity:

“Identity systems should be designed as businesses that are viable and sustainable in the long term.” World Economic Forum 2018

Which begs the question: where is the private sector stepping in, and what synergies can be leveraged to serve the broad ecosystem of stakeholders invested in the SDG goal of universal identification, as well as the digital and financial inclusion it promises?

In Governments We Trust

Despite the fact that no standard definition or technical specifications exist for what constitutes a ‘formal’ identity at the supra-national level (aside from the standards of the International Civil Aviation Organisation (ICAO) for international travel), government-issued credentials overwhelmingly remain the foundational pillar upon which individuals present a trustworthy proof of their identity to access goods and services - and, critically, is often the sine qua non when it comes to compliance with banking regulations driven by anti-money laundering (AML) imperatives. 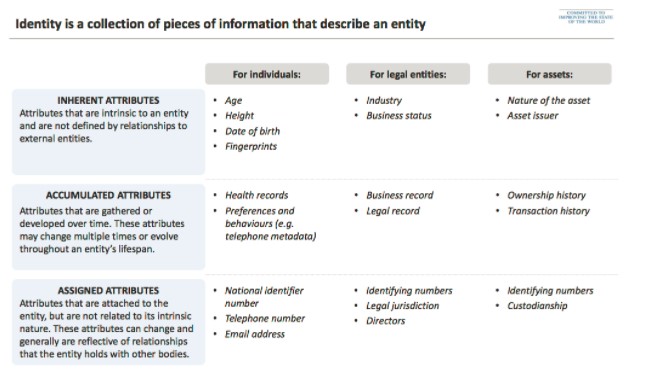 While the past decade has witnessed a marked growth in governments introducing or overhauling existing national identity programs (principally funded by the development community), coverage remains persistently varied in developing countries - with children and Sub Saharan Africans particularly excluded.

According to a review of 48 national identity programs, two of the principal barriers faced by poor populations are expensive fees for ID card registration and the costs associated with obtaining the prerequisites for registration, such as birth certificates or housing certificates. Of the US $5 billion spent by the World Bank and others in the ID-investment ecosystem in the past decade, however, less than 5% has been directed at building birth registration and ID systems per se, instead aiming to strengthen government capacity and targeting sector reform.

Though government-led approaches have provided some of the most successful and innovative case-studies in driving universal digital identity (see Pakistan, India and Estonia) even governments with internal capacity to manage these complex enrollment programs depend on global back-end solution providers like Morpho, Gemalto, and Forgerock to provide identity services like manufacturing smart cards and aggregating databases. This approach, however, usually requires strong political will, judicious government leadership, as well as significant technology transfer for the sustainable maintenance of purchased systems.

At the same time, a new class of startups is opening up alternative avenues for digital identity inclusion - from the bottom-up. While many of these startups targeting international markets are searching for ways to monetize demand for identity-linked services, few consider creating digital identities their core product, despite considerable innovation in component technologies, such as biometrics, algorithmic analyses, and distributed ledgers.

This is in part because among new emerging market digital users, the dominance of Facebook adoption (with its as-of-yet light verification requirements) on the one hand and the high barriers of state ID dependent platforms (including banks, mobile money, and other financial services) on the other create a narrow playing field within which to overcome a set of formidable challenges in the quest for scalable, profit-oriented models of widening identity coverage.

At its core, the principal challenge is adoption - both by end-users, as individuals and citizens, but also by the verifying entities who require some level of secure authentication to ensure individuals are, indeed, who they say they are. This is often described as the “two-sided business challenge” of digital identity providers (DIDPs). They need to attract a high user base (usually for free, creating high cash flow burn rate), while developing credibility with “verifying entities” (i.e. banks, hospitals, tax authorities) - both of which hinge on the success of the other. Critically, DIDPs need to find ways to generate revenues somewhere along the ‘verification value chain’ to sustain themselves as businesses.

Add to this the technical challenge of interoperability, wherein a platform’s value is tied to its ability to interface with various existing software infrastructure, on top of regulatory compliance around privacy, national security, and anti-money laundering monitoring, and the veritable labyrinth DIDPs must navigate in unlocking the mystery of ‘identity capital’ seems insurmountable.

Mondato has explored trends in big data for development where digital identity, and indeed any formal ID at all, is most lacking. Companies active in this space are upending the traditional reliance on state-issued IDs for higher-level authentication by creating and compiling user data for ‘thin-file’ individuals (those without extensive documentation) across a number of sectors:

Reacting to deepening phone penetration in developing countries, a number of firms propose airtime-based credit services based on individual mobile users’ purchase behavior, like Mobile Decisioning in East Africa and Tiaxa in Latin America and Southeast Asia. Cignifi specializes in telco marketing, credit and finance for thin-file customers, while Juvo offers data analytics for telcos to isolate user identities, a particularly challenging task where customers own multiple SIMs to chase the day’s telco promotions. What is the common trend among all of these? Once firms gain user visibility, it becomes possible to build the profile attributes needed to sell risk-based services like banking, small business or education loans, insurance and even healthcare.

Mobile operators themselves are becoming savvy to their privileged position in digitally identifying the ID-less; GSMA’s Mobile Connect platform, taking advantage of the KYC compliance process for SIM-registration at the last-mile, has seen some exciting partnerships develop at a rate of about one new operator every month. The platform is performing particularly well in Asia, with 76 million users per day in the Chinese market, more than 44 million mobile subscribers in South Korea, and 2.7 million accounts active in Taiwan. GSMA estimates the total authentication, authorisation, identity and attribute services market opportunity through Mobile Connect for both public and commercial applications will be approximately US $75 billion by 2022.

Various other approaches are being pioneered to attach usable attributes to users’ digital identities - many of which hint at the growing overlap between digital IDs and alternative data for emerging markets. Lenddo, for example, uses social media sources such as Twitter and Facebook to determine borrower creditworthiness and extend loans online in the Philippines, Mexico and Columbia. Student Finance Africa in Kenya crawls through institutional and student profile data to price educational loans based on academic performance, attendance record and mobile money payment history. What3words, a startup that has divided the globe into 3x3m grids and assigned each a three-word combo identifier, shows how remote sensing technologies can solve the ‘informality of space’ problem that prevent thin-file individuals from authenticating their physical address. Non-profits are also contributing pioneering approaches to market, like MIT’s Open Mustard Seed, which specializes in the potential of blockchain-based technologies to provide independent, decentralized trust frameworks for individually managed digital identities.

Many of the firms active in this space, though not explicitly focused on providing digital identities, are subverting the traditional state-ID-based paradigm by directly generating or capturing the attributes those off the ‘identity grid’ couldn’t otherwise put to use. Some, like Angaza, have raised millions of dollars in venture capital and are changing the way business is done in the most remote parts of the world. With such a track record, the attribute approach is certainly a space to watch in circumventing the obstacles inhibiting universal state identification.

It is clear that for any one initiative to gain traction, it needs to grow from a demand-driven use-case to drive adoption, whether the demand for airtime, electricity, smartphone ownership or something else. One can even envisage incubating such use-cases through results-based financing, as has been successfully demonstrated in the Dominican Republic for US $5 per new enrollment.

As WEF notes, once these ‘natural identity networks’ have been created, and successfully “address the unique needs and preferences of their user group and situations,” the critical next step is cultivating “connective tissues” that lead to interoperability between systems, through carefully selected partnerships among players - or perhaps with the advent and ubiquity of the “superplatform.”

The question for forward-thinking governments is how to read the technology trends and attract coalitions of innovators to solve and implement solutions a scale. If the Chinese government can work with WeChat and facial recognition technology to provide citizens with a government-recognized digital ID simply by taking a selfie, perhaps low-ID coverage countries like Ghana and Cote d’Ivoire (<60%) or Cambodia (<2%) will start to see in the tech sector partnerships ripe for picking low-hanging fruit.

Ultimately, however, it is not digitization technologies that give value to our identities - but the ability to draw insights from who we are and how we behave. Whoever manages to refine this technique best in emerging markets, where identity is still a comparatively raw resource, will find themselves sitting on a unmined fortune in identity capital.