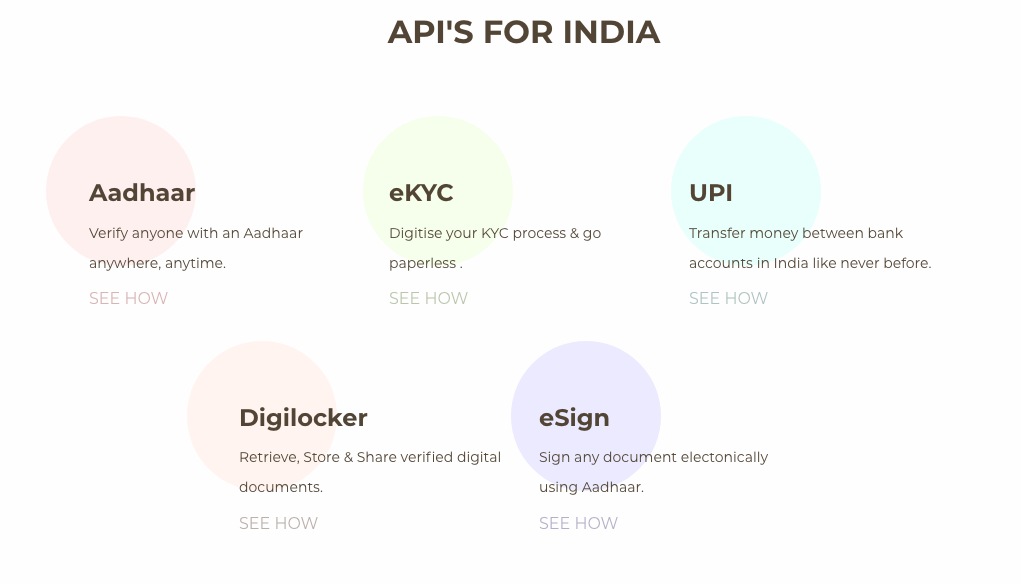 Over the past several years, Mondato Insight has repeatedly turned its attention to Digital Finance and Commerce (DFC) developments in India, from the introduction of the Aadhaar biometric identity card to, more recently, the surprise attempt at demonetization. But these initiatives by the government of India are not isolated, and form part of a broader digital inclusion initiative that aims to place India alongside countries such as Estonia at the vanguard of the digital transformation.

To understand how the government of India is planning to strengthen the country's capacity and further Prime Minister Narendra Modi's ambitious agenda, it is important to get to know Indian JAM: the trifecta of government-mandated basic bank accounts known as Jhan Dan, the Aadhaar ID system, and mobile phones (for a fuller explanation of the role of each of these elements, see our two-part 2015 deep-dive into DFC in India here and here.) 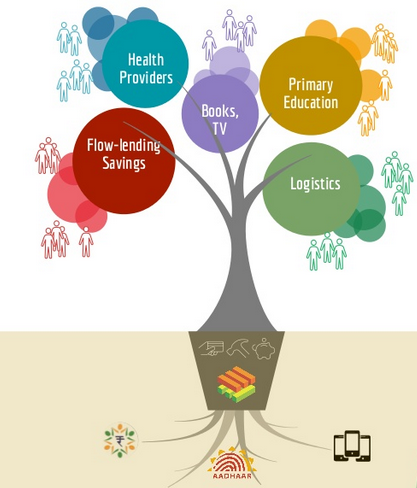 JAM as the roots of the Indian tree of innovation
Source: India Stack

Collectively, JAM is the basis (with Aadhaar, meaning "foundation" in Hindi, as the linchpin) of a digital bedrock for India, upon which is being built a multi-layered digital infrastructure, the India Stack. Sometimes compared to the construction of the railway network in India's colonized past, or even the interstate highway network in the United States, India Stack is intended to serve as as the common infrastructure upon which innovators, both private and public sector, can develop and evolve digital solutions to a wide range of pain points that exist for every section of Indian society.

The Indian government has recognized that financial inclusion is perhaps an overly narrow, 20th-century goal, and that a framework to promote digital inclusion instead paves the way in the 21st century for the attainment of other socially and economically desirable goals, including financial inclusion.

It became increasingly clear that isolated, siloed attempts led by the government to solve these problems were likely to flounder, particularly in a context where rapid social and technological change was underway. This led to a platform approach intended to create infrastructure that would allow many different and competing solutions to emerge, all capable of further evolution, while still based on the common platform.

IndiaStack is a set of APIs that allows governments, businesses, startups and developers to utilize an unique digital infrastructure to solve India’s hard problems towards presence-less, paperless, and cashless service delivery.India Stack

Infrastructure needs to be accessible to most, if not all, of those who need to use it. And just as the function of mobile phones themselves have been transformed by the ability of programmers to develop and market apps on open platforms such as Android and iOS, so too the vision for India Stack hinges on its open APIs acting as on-ramps for innovators and disruptors (see a previous Mondato Insight for a discussion of the importance of APIs in the development of healthy DFC ecosystems.)

But to make the infrastructure accessible, its designers have had to unbundle all the interlinking and complex problems relating to identity, authentication, payments and consent, so that problem solvers and third-parties seeking to leverage the system need only deal with the elements that concern them. These elements have then been rebundled in four layers ("presence-less", "paperless", "cashless", "consent", see graphic below), that together are the India Stack.

Making these digital layers accessible via APIs allows innovators to re-imagine the problems and innovate solutions using the foundational tools of Jhan Dan bank accounts, Aadhaar IDs and mobile phones to create new digital solutions to very old Indian problems. Critically, these solutions will be both localized to a specific problem, and scalable by making use of the India Stack's existence as a national open standard, thereby helping to reduce costs and increase access.

Large scale social problems require unbundling of the problem and creation of shared digital infrastructure as public goods on top of which innovative solutions can be assembled to meet diverse contextual needs.

The system has evolved in little more than five years, starting with Aadhaar authentication and then with the Aadhaar Payment Bridge, which uses an Aadhaar number as a proxy for bank details, allowing entities (and soon individuals) to send funds to Aadhaar numbers, without the need to know any bank details.

It has facilitated a major shift in government policy from indirect to direct benefit transfers by relieving the government of the need to be aware of a bank, payment bank or FI account to which to send money. The traditional mode for indirect benefits was to introduce subsidies into the supply chain, producing massive amounts of leakage (estimated, conservatively, at around 20%, and often believed to be double that number.)

Now, the Aadhaar payment bridge can operate as an alias for the recipient's nominated bank (most likely the Jhan Dan programme), leaving it to the bank to then match the Aadhaar number to the corresponding account and deposit the funds. India spends a massive US$50bn each year on direct subsidies, amounting to some 2.5% of GDP, so even marginal gains in efficiency and reductions in "leakage" can save substantial sums of money. Alongside the Unified Payment Interface (UPI) API, this layer of the stack means that remote, cashless payments for any digital service are possible, thereby opening up a whole world of new digital services, both financial and commercial.

Similarly, the biometric data contained within the Aadhaar ID means that e-signatures, recognized in law many years ago, are now available on a scaled basis that doesn't involve having to carry around a special dongle and memorize a PIN. Samsung, for example, has worked with the regulators, using the available APIs to launch a smartphone that is capable of performing an iris scan, which can be translated into a legal e-signature so documents can be signed remotely and securely. 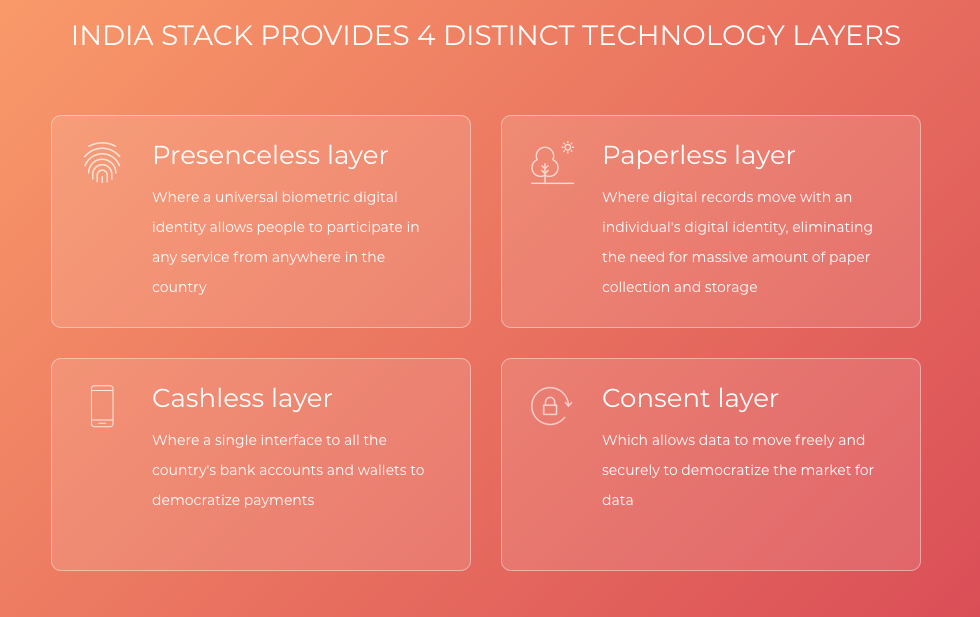 Consent architecture, though not yet live, paves the way for Digital Lockers by empowering the citizen to have control over their own data through digital consent mechanisms. Citizens must be put in the middle of any data sharing, as they own it. This is even more important in India where most citizens will remain, for the foreseeable future, poor in money but increasingly rich in data. An early iteration of this, however, is e-KYC, one element that is critical to the financial inclusion agenda.

What does this look like in practice? How the layers of the stack interact can be illustrated in a credit-application process, such as that which took place during a trial operated by Capital Float, a digital finance lender. During this process, all conducted on a mobile phone and using the stack's APIs, the lender receives the data upon which to make a loan decision in a usable format, and the borrower has a digital account into which they can receive funds. From start-to-finish, application to disbursement, a borrower applied and received payment of a loan in approximately 8 minutes, utilizing Aadhaar for ID authentication and consenting to the access of financial and other digital data held by third parties such as PayTM or Oxigen, and signing for the loan using an e-signature authenticated by Aadhaar. 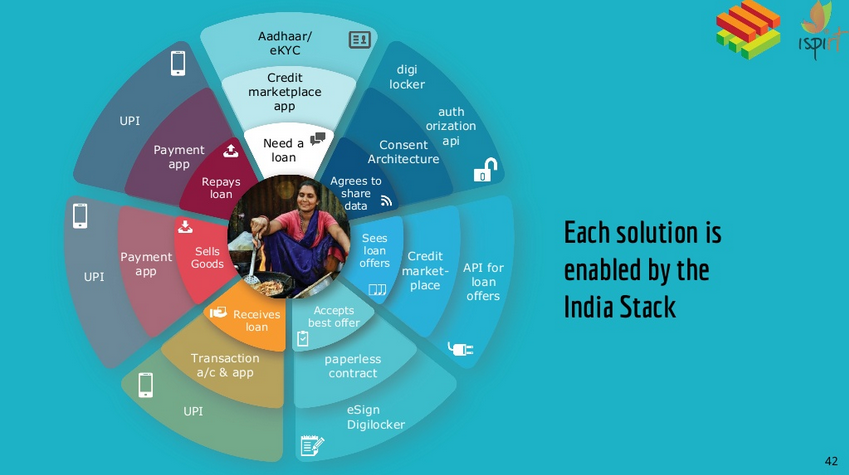 No-one at Capital Float had to sit down and design any part of the digital application from scratch: the APIs of the stack linked the relevant segments of their processes to the common digital infrastructure. This fits with the approach broadly embraced by the Indian government that financial inclusion can best be attained by reducing private sector operating costs, rather than increasing subsidies.

Although Aadhaar gets most of the attention, the India Stack has introduced a new way of thinking about how to apply digital solutions to entrenched socio-economic problems, not just in India, but in every economy, whether advanced or still developing. A decade ago it seemed almost implausible that China could leapfrog the rest of the world in digital payments. What will we be saying about India's digital ecosystem in 10 years time?

I have never seen a more transformation technology for an entire economy than India Stack/Aadhaar is for India. Mind Blown. #India

The Battle for Southeast Asia