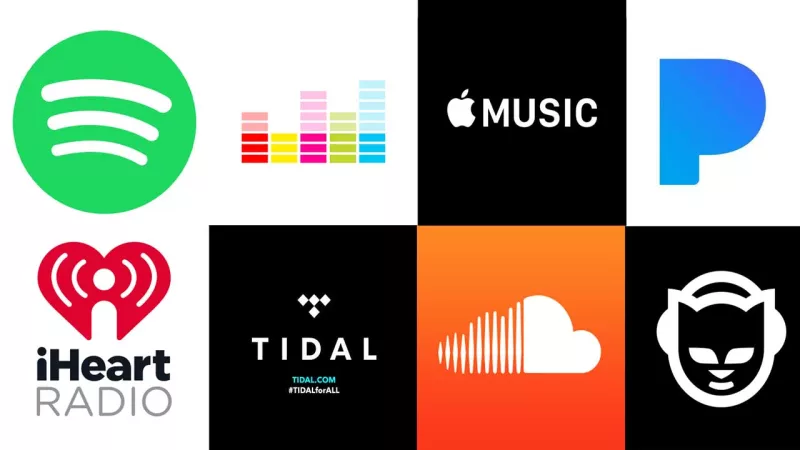 When it first arrived on the scene, the idea seemed so revolutionary that it was almost too good to be true: all the music in the world at your fingertips for free. Of course, it was too good to be true: the digital file sharing platform Napster launched in 1999, only to be closed down by a court injunction 2 years later. But the cat was out of the bag, and a few years later digital streaming music pioneers like Spotify built on the foundations of Napster and its peers and transformed an industry and how many people consume music. Gone are the days of hanging out at the music store and browsing records, cassettes and CDs or (illegally) waiting for a song to come onto the radio and hitting the record button to add it to the collection.

Since the days of cassettes, music fans have been making copies for their friends, but the ease and extent of counterfeit created by the digitization of music created massive headaches for content producers and creators (exemplified by Napster). This paved the way for established players such as Apple, with its iTunes Store, to act as digital music merchants, operating as the online version of the now dying-on-its-feet record store, who attempted to adapt with the additional option of buying individual songs from an album.

The genie was already out of the bottle, however: the music industry, which had boomed during the 1990s, peaked in the U.S. in 2000 with almost US$14.6bn of music sales (in addition to other formats). Most tellingly, CD sales had reached its zenith in 1999, the year of Napster's launch. The first decade and a half of the new millennium saw year-after-year of decline in sales, until it flattened out in 2015 and subsequently slowly started to recover.

In 2008 the Swedish company Spotify launched a freemium service that allowed users to access and download the company's entire catalogue in exchange for listening to adverts, or they could pay a subscription to remove them. Meanwhile, in the U.S., Pandora had launched its freemium personalized internet radio stations.

Both offered listeners the opportunity to listen to their favourite music without any payment friction, because users paid with their ears (advertising) or by subscription. Somewhat ironically, while Spotify has single-handedly been credited with rescuing the music industry from a perilous path towards total ruin, in the process it also squashed the only other visible beacon of hope for the industry's finances: the growth in these services from 2012 onward cannibalized the moderately respectable growth in revenues the music industry was having from digital downloads, beginning in 2005.

So while Pandora and Spotify have undoubtedly pushed consumers back in the direction of paying for music, the main drivers of growth, subscription services, remain unprofitable, with that fabled destination seemingly forever just around the corner. Just at the start of this year, for example, the U.S. Copyright Royalty Board awarded songwriters the biggest ever "payrise" in history, guaranteeing them at least 15.1 percent of revenues from their works, and in the process punching a giant hole in the forecasts of companies like Pandora and Spotify.

Rather than negotiating directly with music publishing houses, in the U.S. royalties are set by a board set up over a century ago to combat a monopoly on piano player rolls. Streaming companies, therefore, cannot look to songwriters in the U.S. when trying to cut their costs. Indeed, in 2017 Spotify had successfully managed to reduce rights' holders share of revenues from 88¢ to 79¢ on the dollar. And despite over €4bn in revenues for that year, Spotify still posted over €300m in losses. Pandora, which must cope with revenues the size of Spotify's annual losses, also remains unprofitable.

These difficult conditions have not deterred other big-name competitors from entering the fray. The dominance of Apple and Spotify was part of the reason why major artists such as Kanye West, Beyoncé and Jay-Z launced their own rival streaming service, Tidal, a few years ago. Many observers predicted that it would be very difficult for the business to succeed, and so it has proved: the company has for a long time been battling rumors of cashflow problems and recently has reportedly fallen behind on its royalty payments.

So while the tide appears to be going out on Tidal, Google's Youtube recently announced the launch of its own subscription music service that will replace Google Play Music. For a company built around ad-based revenues, the launch of a subscription service has raised some eyebrows, but not among them, it appears, those of Daniel Ek. Few believe that Youtube is serious about challenging Spotify's position as the leading streamed music provider. Rather, it has been a goal of the music industry for some time to squeeze more money out of Youtube who, in their eyes, has for years piggybacked on the hard work of musicians and songwriters. The launch of the subscription service is thought by some to be a move designed to placate the music industry rather than upend the streaming one.

Apple Music could pose more of a challenge, but merely for the fact that it competes against its own digital download business. Nevertheless, the tech behemoth has managed to gather some 38 million subscribers in just three years, approximately half the number of Spotify. At the time of Apple Music's launch, Spotify had around 20 million subscribers, today over 70 million. It is this continued growth in subscriber numbers that keeps breathing confidence into the company: its subscriber numbers continue to grow at 40 percent per year and premium cancellation rates are low.

The prospect of having to go back to listen to the company's ever-so-slightly irritating adverts means that for some customers that "paying for Spotify" is becoming the sort of regular household expense that takes its place up alongside electricity, gas, cable and the internet.

Questions still remain as to whether the company can ever become truly profitable in the cut-throat music business if it remains nothing more than a giant jukebox. In light of its similarities with Netflix, it is anticipated in some quarters that the company might branch out into content creation or podcasts.

Indeed, given the fact that the music industry's ups and downs are often driven by unexpected bursts or deaths of talent, buffers to insulate against unexpected downswings in music listening are likely to be necessary, especially after the company goes public in a direct listing later this year. With 42 percent of the global streaming market, the company still can't break even, which raises the question of how dominant any one player needs to be to be profitable, and what that means for control of the music industry. But, for the time being, we are still some ways away from answering that question. It remains, in the words of a song, "just around the corner."

Images and logos may be subject to copyright