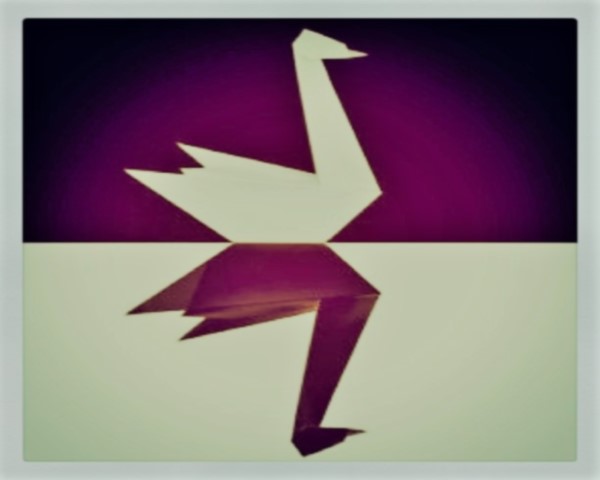 Until the 17th century, the term “black swan” was used to describe something that didn’t exist - that is until explorers to Australia discovered that, actually, they do. Even prior to the Hollywood title, Wall Street quant and writer Nicholas Taleb popularized the Black Swan Theory, drawing from the fields of finance, probability theory and philosophy to argue that low-probability - but technically possible - ‘outlier’ events consistently surprise and disproportionately drive the dynamics of historical progression.

While predicting specific black swans is best left to the prophets, scenario-planning remains a valuable tool for preemptively building organizational resilience - or, as Taleb calls it, ‘anti-fragility.’ After taking a bird’s eye view of historical trends across a selection of basic digital adoption metrics and their fundamental drivers, this week Mondato examines the five broad categories of black swan events that may upend the baseline trends and dives into the potential implications across the DFC ecosystem.

Mondato Insight has previously examined the impact of events that seem to come from complete left field in the DFC space - India’s demonetization drive last year provides a poignant example. While the drastic withdrawal of Rs. 100 and Rs. 500 notes had a number of worrying short-term effects, including volume reductions across a number of business sectors, positive impacts were also found, including a jump of 25 percent in the number of Indians filing tax returns. Similarly, the Ebola Crisis in West Africa in 2014, as in other emergency situations, saw a spike in the use of mobile wallets to transfer emergency funds - leading to an increase in savings in the aftermath of the event. Evidently, there is value to the adage that you shouldn’t let a good crisis go to waste.

To provide a brief overview of baseline trends in digital adoption, it is worth remembering that mobile penetration in emerging markets stood close to 5 percent in 2000, while today it tops 90 percent. On the back of this basic infrastructure, mobile money has grown at 72 percent per year (looking at active use in past 90 days over the last decade) across emerging markets, while smartphone and internet penetration growth in emerging markets are widely anticipated to provide analogous opportunities for a much-expanded DFC ecosystem. 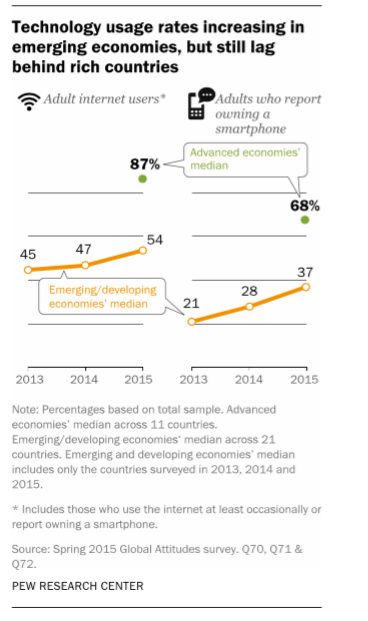 Driving these trends are two major factors : trust and cost. On the demand side, recent research conducted in partnership with IFC summarizes how trust predicts DFC adoption. The report, structured as a practitioner-oriented ethnographic examination of digital adoption, provides a framework for understanding the historical and cultural drivers influencing consumer demand. The key takeaway: DFC providers need to take stock of the number and magnitude of trust barriers and drivers within the socio-historical context of their target markets to get a true sense of digital adoption potential. Fingerprint technology for streamlining microfinance in DRC, for example, was shown to elicit fears of government appropriation and misuse - reflecting a broader ‘fear of technology’ common to many markets.

While cultural evolution is challenging to graph, at least the supply side of the equation provides some forecasts. Analysts fervently watch as smartphone prices creep lower (still a ways away from affordability for most in emerging markets) and monitor telecom business strategies that may drop the disproportionately high costs of data for the underserved.

Yet according to the Black Swan Theory, we should be extremely skeptical of the view that the future will follow past trends, as structural surprises tend to embarrass even the best modeled CAGRs of analysts and excel monkeys. So while, logically, it makes sense to strategize about the future using the best information available - like checking the swell report before choosing your surf spot - epistemologically, it also makes sense to be the one with a tidal wave plan. The following represents a selection of such scenarios across five buckets of potential events: regulatory, economic, social, climatic, and technological.

Political vagaries are to be expected, yet there are so many ways to be surprised (just ask Hilary Clinton). Europe’s GDPR, for example, may cause unexpected regulatory responses in emerging markets figuring out how to cope despite the long delay in its enactment. There isn’t a single African country compliant with this regulation, putting the continent’s 14 billion USD digital economy at risk. While this nominally presents enormous business risk, some administrations will have no choice but to seize the opportunity to update their regulatory landscape (in a world where Rwanda sponsors Arsenal, why not?).

And at a time where high-profile cyber-attacks seem inevitable, DFC actors should be on the lookout for opportunities unlocked by regulatory shifts across a number of markets. With the US’s SEC recently declaring that until further notice, from a regulatory perspective, Initial Coin Offerings (ICOs) are securities, we are already seeing some emerging markets take their own stands. Confronted with the explosive global adoption of such forms of digital finance, will African leaders be forced to reconsider their stances on cryptocurrencies?

The FinTech industry took off in the wake of the global financial crisis in 2008. IFC EMCompass, 2018

There’s no doubt that in many cases, what’s bad for banks is good for bank-like actors. The consistency of banking crises in Africa, for example, has been a boon to mobile money providers; in Zimbabwe, mobile money adoption exploded during the liquidity crisis, while in the DRC, the International Bank of Africa in the Congo (BIAC) defaulted as recently as 2016, continuing a 30 year run of crises. Unsurprisingly, these are both among the 16 countries with more mobile money accounts than bank accounts.

Must we expect banks to dominate indefinitely? Perhaps not, if the existing financial systems fail to keep pace with their nimbler tech counterparts, like WorldRemit, who in only 6 years has expanded to include access to more than a fifth of all mobile money accounts globally with over 800,000 transactions per month in 2017.

A poignant example of how social anarchy may lead to humming digital adoption can be found in Somalia. After the nation descended into violence and chaos with the collapse of the government in 1991, the self-declared independent state of Somaliland in particular has witnessed near-universal uptake of mobile money as replacement for local fiat. Many Black Swan events with origins in society or social movements can be analyzed from a network theory perspective: understanding the connections between individuals and groups that form networks inform the trajectories of viral movements, whether biological (see Ebola) or digital (Arab Spring).

Common to these kinds of viral events is the value of crowdsourcing and distributing critical information - as in, “the nearest health facility to you is here,” or “a violent mob is amassing there.” Organizations focusing on location services and digital data may find social unrest events particularly propitious for on-ramping the most vulnerable into the digital economy, particularly if they can rapidly identify valuable use-cases for digital IDs downstream

Unfortunately, extreme weather events and/ or natural disasters seem to be becoming lesser and lesser low-probability - in any case, we don’t lack for recent examples, from Puerto Rico’s hurricane seasons to Hawaii’s volcanic eruptions. Ernst and Young estimates global costs of climate change at 44 trillion by 2060. The new social realities engendered by climate induced mobility will radically affect demographic trends, highlighted by business leaders in emerging markets as a primary disruptive mega-trend in a 2016 PWC survey.

Business models with climate-resilience baked in will not only have a chance to prove themselves but also the responsibility to provide critical services in times of need (especially those providing the base of the digital infrastructure with electricity. Opportunities in blockchain and digital ledger technologies, perhaps tied to ubiquitous mobile devices, may also play a role in preserving data or acting as a store of value in regulatory landscapes prohibiting storage of financial data in cloud-based services beyond national territories.

While Facebook and Google have long promised to revolutionize internet access with various sci-fi wi-fi projects like Loon and Internet.org, more tangible projects are breaking ground, both leapfrogging to catch up to Western standards and innovating in completely new ways to attract users at the lower end of the digital adoption spectrum. On the low end, the promises of APIs for attaining interoperability will expose a massive swathe of mobile consumers with app-like services, without the smartphone. On the other hand, companies like Tizeti break the telco mold by offering unlimited wifi off of a network of rapidly deployed solar towers in Lagos.

It’s important to note that these scenarios are all overlapping and interdependent to some extent - and until we make rapid breakthroughs in generalized artificial intelligence that can correctly analyze the awesome complexity at the intersection of the social, political, economic, and environmental, we will have to internalize the paradox of inevitable yet unpredictable Black Swans occasionally reshuffling the deck. This understated role of randomness is all-too familiar to the entrepreneurs who’ve managed to turn Black Swans into unicorns, offering a final lesson in flourishing amidst chaos: get lucky.

Images and logos may be subject to copyright