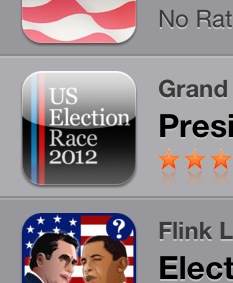 A rise in digital donations has far-reaching implications beyond election season – influencing the electoral process and the inner-workings of democratic systems. While accepting donations via mobile phones can give a voice to grassroots supporters and thus promote inclusive democracy, it also provides access to new troves of voter data, which can potentially violate user privacy or sway election results.

Shifting Power to the Grassroots

Easily accessible to all citizens with a mobile phone, text-based donation platforms tend to target small-dollar political supporters. Accordingly, these donations play an important role in countries such as the United States, where the voices of grassroots activists have largely been drowned out by influential political action committees (super PACs) controlled by special interest groups. An increase in mobile donations has the potential to reverse this trend, shifting power from wealthy donors and super PACs back to the general public.[1]

By tipping the scales back towards grassroots donors, mobile tech can foster inclusive elections, a hallmark of democratic systems. However, certain political parties may be better poised to capitalize on this technology than others. Results from a recent Pew survey, for instance, showed that Democratic donors were more likely to contribute via mobile than their Republican peers.[2] This may result from the fact that 98 percent of democratic contributors were small-scale donors (those who contribute less than USD $250), compared to only 31 percent on the Republican side.[3]

It is hard to say whether or not this divide in mobile-based donations makes a dent in overall fundraising revenue or influences electoral results. In fact, with Republican-leaning super PACs outnumbering Democratic-leaning super PACs by a 2 to 1 margin and spending nearly three times as much, the disparity in mobile donations may just be evening out an already lopsided playing field.[4] Regardless, it is clear that mobile technology is ushering in a new era of inclusive democracy – restructuring a system that has traditionally favored big-hitting donors.

Digital Donations as a Political Tool

Candidates have also begun to use mobile and digital donations as a political tool – designing donation platforms that reflect their political agenda. In New Hampshire, for example, incumbent Libertarian State Representative Mark Warden added a Bitcoin donation option to his website, which promptly received over 100 Bitcoins. While these donations were given anonymously and thus prohibited from being used, Warden has since developed a customized BitPay platform that complies with campaign finance regulations.[5]

For Warden, accepting Bitcoins – an alternative digital currencythat operates outside of the formal banking system – proves to voters his commitment to Libertarian values of currency freedom and reduced government intervention. Similarly, candidates that adopt sophisticated mobile donation platforms may prove to voters that they are tech-saavy – positioning themselves strategically as “modern” and at the forefront of technology.

Digital donations aside, candidates throughout this election season have already gathered unprecedented amounts of data on their voter base from social media or other sources, including gender, income level, occupation, address and even voting history. Armed with this data, campaigns have been able to launch highly-personalized advertising and voter mobilization schemes.

Spurring more donations from more varied sources, a rise in digital donations augments the volume of data that campaigns have regarding potential voters.  For instance, the text-to-donate technology employed by both the Obama and Romney campaigns during this election enabled the collection of supporters’ mobile phone numbers, which could be tapped into for subsequent voter engagement and fundraising campaigns.[6]

According to Aaron Scherb, Congressional liaison for campaign finance reform group Public Campaign, the real impact of mobile donations is long-term engagement with donors: “Campaigns can increase the percent of small donors that they have in the short term and build lists for this and future campaigns.”[7]

Leveraging these new streams of data, political candidates can launch more sophisticated, data-driven campaigns – knowing more than ever before about their target voter base. While this is positive from a campaigning perspective, what does it mean for the protection of citizens’ privacy, a key bastion of any democracy? Even when donors consent to the collection of this information, they may not be aware of the extent of data that is gathered, or how it will be used.

Has The Time Come for NFC Mobile Payments?

And The Winner Is...Mobile Donations